By Mumia Ali: “This is not an opportunity to talk about difficult matters privately or in a closed environment. This is a circus. It’s a national disgrace. And from my standpoint, as a black American, it is a high-tech lynching for uppity blacks who in any way deign to think for themselves, to do for themselves, to have different ideas, and it is a message that unless you kowtow to an old order, this is what will happen to you. You will be lynched, destroyed, caricatured by a committee of the U.S. Senate rather than hung from a tree.” -Clarence Thomas, Associate Justice Of the United States Supreme Court, Oct 11, 1991 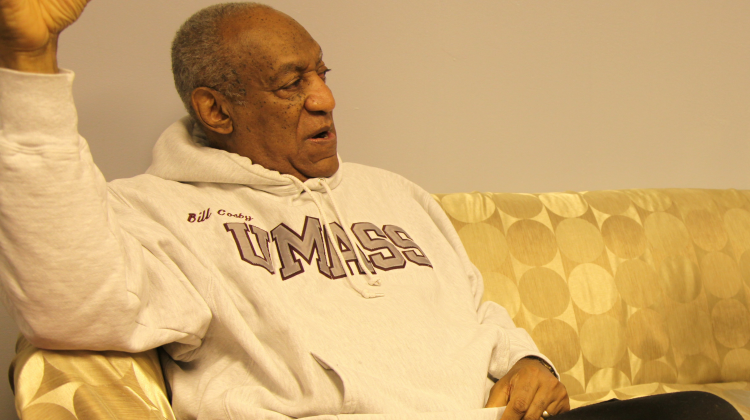 The above words were uttered by then-nominee for the US Supreme Court, one Mr. Clarence Thomas, nearly a quarter of a century ago. It was said in the midst of what some, and this writer is in agreement with the notion, of what could only be rightly described as a wanton witch hunt. Thomas, accused by a former staffer, Ms. (now Prof.) Anita Hill of “sexual harassment”, had his name and reputation sullied in the worst of ways. Though he was eventually confirmed to the nation’s High Court, his life would never be the same.
Such things are nothing new to African American Men;

Mumia Ali, aka "Obsidian" is a Men's Issues blogger from Philadelphia who focuses on Sexual Politics, Class, and Race, from the male perspective. He is a cofounder of the Men's Issues blog collective known as Just Four Guys, and is Editor of Urban American Affairs for A Voice for Men.

Cosby In Hamilton: Counterprotestors In Support Of Cosby Face Attacks

By Dan Perrins: On Friday January 9, 2015, despite calls for his shows to be canceled due to allegations of rape, Bill Cosby was in Hamilton Ontario to finish his tour of Canada. Cosby on the 2 previous nights had shows in London and Kitchener Ontario before his tour landed him in my backyard Hamilton. At the 2 previous shows Cosby and those who attended were met with protesters.
They braved some fairly nasty weather for their “we-blindly-believe” campaign. The temperatures in the double negatives Celsius, nasty winds and blowing snow. It seemed as if mother nature was trying help those protesters whiteout due process and throw the legal system back into the ice age.
For those of you who have been living in a media blackout at the South Pole and are not aware the allegations of rape by Cosby number around 2 dozen. They are also decades old.
There have also been a number of women who have come forward to defend Cosby.
That’s all there is right now about 2 dozen women have made allegations they were raped by Cosby after he drugged their drinks. No charges have been laid yet which means no trial has occurred and that also means he has not been found guilty.

Some history about Bill. He enlisted in the Navy in 1956 and trained as a hospital corpsman. Cosby then went on to serving on ships before finally ending up at Bethesda Naval Hospital where he worked with Korean war veterans. Cosby also became an accomplished runner while he was in navy.
And even though Cosby was faithfully serving his country, his country was failing him by treating him like a second class citizen.When the navy track team competed Bill was forced to eat in the kitchens of the restaurants the team stopped to eat at.
Cosby was honorably discharged in 1960 and went on to Temple University.
Bill has experienced an ism of hate. Bill lived through a time when racism was still accepted by large groups of Americans.
And now his large groups of people in his country, the country he faithfully served and risked his life for, wants to treat Bill like a second class citizen.
AGAIN
In fact that desire to treat Cosby like a second class citizen has spread like influenza beyond the borders of America into Canada and most of the English speaking world. They want to deny a man, who faithfully served his country, his human right to the rule of law, innocent until proven guilty, and due process.
Cosby is black man but the hate fueled ism which desires to erode the foundation of justice and deny him his human rights this time around is not racism. It’s feminism.
I have no idea what happened all those years ago. Neither does anyone else outside of Cosby and his accusers in all likelihood.
Knowing there would be some protesters at Cosby’s Hamilton show I put together a small team to go down and advocate for due process and the rule of law.
And the most basic of human rights, not to be judged because of how you were born.
Here are a couple of videos of what happened at the Cosby stop in Hamilton. There’s more to come, as some interesting things happened that night.
I would also like to say hi to a guy I only know as “Bob.” He showed up with his own sign which said “innocent until proven guilty.” So it isn’t AVfM alone who recognizes this high-tech lynching for what it is.
There were other folks just walking by or going into the show who also agreed with our message about due process and the rule of law and crazy ideas like “innocent until proven guilty.” I thoroughly enjoyed interacting with them.
Our ranks grew a little more that night.

Dan "Dannyboy" Perrins, up until a few years ago, was blissfully ignorant of what was going on. Then a series of events demanded he either grab his ankles and let a corrupt "just-us" system have its way with him or take action. He chose the latter, and he is now a Canadian News Director for AVFM News.