Where Do All The Female Bullies Go?

By Mark Dent: I have often wondered how any person of intelligence and integrity could make statements like the one I heard Caroline Criado-Perez make in her television “debate” with Mike Buchanan. She said 96% of all violence was perpetrated by men. 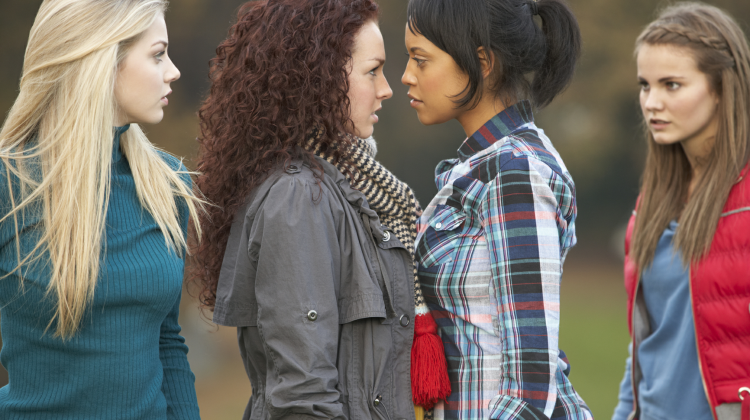 If I had never read an article, let alone a book on the subject of domestic violence I would instinctively have known this statement was pure bullshit. In fact that is something I understood innately when my personal journey as a men’s rights supporter began some 25 years ago.
In the early nineties, in my home state of Victoria, there was a serious and relentless attack on men under the heading “The War on Women” in one of our major daily newspapers (The Age) which featured a series of articles purporting to lift the lid on the unspeakable atrocities men were perpetrating upon their women folk behind closed doors. These articles were promoted on large banners outside the local news agency and I can still remember seriously considering ripping them out of the wire grills they sat behind but I somehow controlled my rage and entered the shop. I looked at the stack of papers calling men violent, oppressors and I vividly recall looking about the store at the other men who casually picked up their copy along with a magazine or packet of gum and wanting to shake them and scream,

“That’s you and me they are writing about!”

Emotional Abuse
Does he call you names or make you feel bad about the way you look?
Does he degrade your self worth by constantly putting you down?
Physical abuse
Has he ever pushed shoved, slapped, pinched, punched or physically hurt you?
Using Male Privilege
Does he insist on making all the big decisions?
Does he see himself as always right?
Using Coercion and Threats
Has he ever threatened to leave you?
Has he threatened to hurt your children, friends, family members or pets?
Using the children
Has he told you that you would lose custody or never see the children again?

I could go on for a page or more but I think you have the general idea. What a truly Orwellian world we live in today. How could any person with integrity post such bigoted information on an official website? This website is meant to be fighting the scourge of domestic violence yet could make no mention of one half of the world’s population in any role other than evil perpetrator.
All of us could think of females who would tick the boxes on many of the questions contained in the DV survey.
The two articles in the Herald Sun demonstrate the sheer bewildering bigotry of the domestic violence industry in a manner which leaves no room for debate. Bullying, violence and abuse are something human beings do. It is a form of behaviour which can no more be attributed to one gender than the capacity we all have to love, protect and nurture others.
I would like to have my question answered:What becomes of these vicious women and vindictive schoolgirls when they go home and close the door behind them?

http://www.domesticviolence.com.au/pages/how-safe-is-your-relationship.php
[Editor’s Note: The Herald Sun articles cited in this article are not available online for linking. There is a site by the Herald Sun which allows access to digital copies of actual printed papers for viewing at a fee. This can be found at http://heraldsun.newspaperdirect.com/epaper/viewer.aspx but a subscription will apply]
[Editor’s Note: Mark Dent also brought to our attention an article which highlights a similar problem in the UK.]
http://www.dailymail.co.uk/femail/article-1282049/The-school-gates-hell-Bullying-backbiting-tears-No-thats-children-school-run-mums-says-battle-scarred-victim.html

I am a primary school teacher-I love kids. I am a passionate man and no issue arouses my passion more quickly than the enormous gender empathy gap which exists in our society. I have been fighting feminists in my own small way for 25 years and the work of Paul Elam and many others has caused tears of relief and gratitude to overflow on more than one occasion.