Former BBC Producer Sues Radical Feminist Ex-Wife For £350,000 After She Lied To Him For 17 Years That He Was The Father Of Her Son 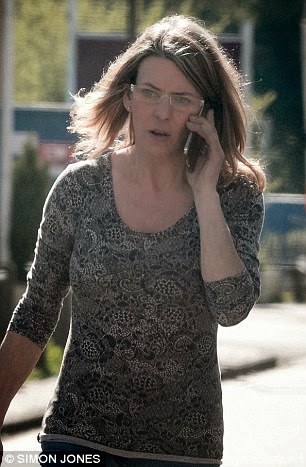 By Jack Crone: A top television producer is suing his ex-wife for more than £300,000, claiming that she lied to him about being the father of her son.
Chris Lewis, 68, has brought the unusual court case against 48-year-old former wife Nicola over the child he helped raise as his own for 17 years.
In court documents he claims Mrs Lewis had sex with another man only a few months into their marriage, but did not tell him. She had a child – Charlie, now 19 – as a result but led him to believe the boy was his, he argues.
DNA tests now prove that Charlie is not his biological son, he says, and as a result of the deception he suffered loss and damages – and wants compensation totalling £322,400.
The claim, made in documents before the High Court in London, says that the pair married in October 1994 and that Mrs Lewis gave birth to Charlie in March 1996. The couple separated in May 1999.
Although Charlie subsequently lived with his mother, Mr Lewis says he ‘would see him regularly and make financial contributions towards his maintenance and advancement’. 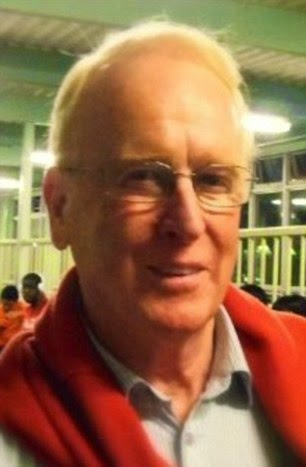 He claims that his ex-wife continued to lead him to believe that he was the boy’s biological father and he was recorded as such on the birth certificate.
He was discussed as being the father in the course of the couple’s divorce, with Mrs Lewis signing ‘statements of truth maintaining that was the case’.
Everything changed in April 2013, however, shortly after Charlie’s 17th birthday, when both he and Mr Lewis had DNA tests.
They are said to have proven beyond doubt that Mr Lewis was not the boy’s father.
The court documents claim that Mrs Lewis’s repeated assertions that her ex-husband was the father of her child ‘were made fraudulently’ with her ‘knowing them to be false or not caring whether they were true or false’. Mr Lewis’s lawyers say that Mrs Lewis ‘had sexual intercourse with David Alderson or an unknown person which resulted in the conception of Charlie in or around May or June 1995’.
They add: ‘On no occasion during the parties’ marriage did Mrs Lewis inform Mr Lewis that she had had sexual intercourse with another person/persons.
‘She knew that Mr Lewis was not the biological father of Charlie, or was reckless as to whether he was the biological father, or did not believe he was the biological father.


‘By reason of her deceit and misrepresentations, Mr Lewis has suffered loss and damage, and claims damages plus interest.’
Mr Lewis was for decades one of the BBC’s leading sports producers, masterminding footage of every Olympic Games since 1972 as well as working on coverage of ten football World Cups. Since leaving the BBC in 2006, he has specialised in equestrian sports.
He is understood to have taken Charlie to equestrian events at the London 2012 Olympics, which his TV company Chris Lewis Media was filming, a few months before he discovered he was not the boy’s father.
Speaking about the court case, Mr Lewis, of Twickenham, South West London, said: ‘It’s been a very hurtful time for all parties.’
Mrs Lewis lives in a £1.2million house in Shepperton, Surrey, and is a company director of a fireplace shop.
She told the Daily Mail last night: ‘I haven’t even looked at the document from court, and I can’t say anything because it’s in the hands of my solicitors.’
David Alderson, 59, of Cobham, Surrey, who is alleged to be a former lover of Mrs Lewis and the possible father of her child, was unavailable for comment last night.

Source
Posted by Angelo Agathangelou at 10:26 am