It is immoral to be a feminist – or to hold other illogical positions! Stefan Molyneux
Includes: turning children into property centers, the vagina boomerang, TINDER, people that refuse to learn and the price for irrationality is suffering.
Posted by Angelo Agathangelou at 11:14 pm No comments: Links to this post

"Dead men don't tell tails. ...The Charlie Hebdo attack was a lesson in Israeli payback due to France voting for a Palestinian state at the UN two weeks ago!" Brother Nathanael

Nearly every major post-9/11 terrorism-related prosecution has involved a sting operation, at the center of which is a government informant. In these cases, the informants — who work for money or are seeking leniency on criminal charges of their own — have crossed the line from merely observing potential criminal behavior to encouraging and assisting people to participate in plots that are largely scripted by the FBI itself. Under the FBI’s guiding hand, the informants provide the weapons, suggest the targets and even initiate the inflammatory political rhetoric that later elevates the charges to the level of terrorism. – From Glenn Greenwald’s latest piece: Latest FBI Claim of Disrupted Terror Plot Deserves Much Scrutiny and Skepticism
By Michael Krieger: The “war on terror” is the best thing to happen to power hungry politicians since a fire of questionable origin destroyed the Reichstag building in Berlin on February 27, 1933. Not only does the “war on terror” represent big business for shady crony capitalists, it gives politicians, i.e., professional authoritarians, an excuse to destroy civil liberties and implement a total surveillance system to ensure the plebs don’t get out of line. This is not just an unfortunate trend that has developed organically due to a dangerous world, these are the goals of the oligarch class and they will do whatever it takes to achieve them.

Read more »
Posted by Angelo Agathangelou at 7:48 pm No comments: Links to this post

Book Review: Stand By Your Manhood

By Janet Bloomfield (aka JudgyBitch): Peter Lloyd walks into the newsroom at the Daily Mail and sees Liz Jones (I Stole My Husband’s Sperm And Tried to Trick Him Into Pregnancy), Shona Sibary (I Would Rather Mop Than Have Sex With My Husband), Samantha Brick (Don’t Hate Me Because I’m Beautiful) and Esther Walker (I Wish My Baby Wasn’t A Beastly Boy) and remarkably, does not run screaming in the other direction. Instead, Lloyd complains to an editor that one of his female colleagues (he doesn’t say whom) is just a tad sexist against men in her writing. 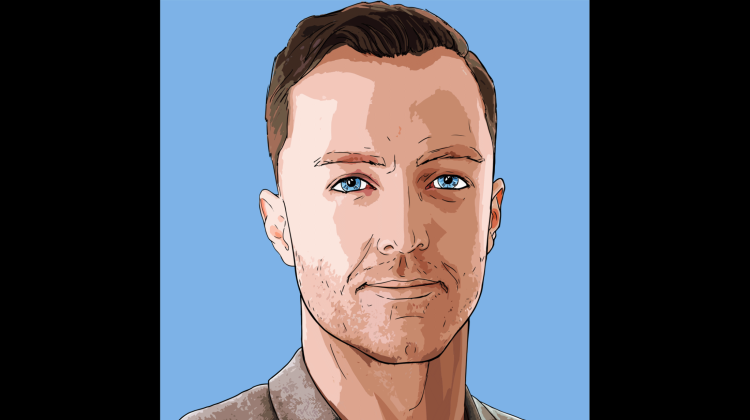 And thus his first column on men’s issues was born.
Lloyd’s book Stand By Your Manhood takes the same fearless, uncompromising stance against sexism as his regular pieces in the Daily Mail and does so in a way that is both empowering and humorous. Lloyd openly and enthusiastically declares his admiration for men and masculinity, writing “men are bloody brilliant.” The book never descends into self-pitying or shaming tactics as he takes on key issues facing men and manhood. All too often, men’s issues are framed in the mainstream media as something men have done to themselves, or something they could address if they would just “man up,” if they are addressed at all. Lloyd refuses to cast men as pathetic wimps, and his entire book is a call to arms for men to celebrate, acknowledge, and take pride in themselves as men.

Read more »
Posted by Angelo Agathangelou at 6:50 pm No comments: Links to this post

"The Dependepotapuss ...For having the golden vagina." Based on "Deadbeat Dad Dilemma" dives further into the worse-case scenarios of paying child support, but this time on minimum wage. Popp Culture rarely gets this brutal. Terrence Popp
Read more »
Posted by Angelo Agathangelou at 2:26 pm No comments: Links to this post

What In The World Just Happened In Switzerland?

Central banks lie.  That is what they do. 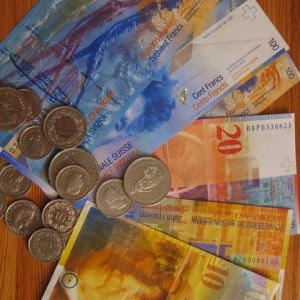 By Michael Snyder: Not too long ago, the Swiss National Bank promised that it would defend the euro/Swiss franc currency peg with the “utmost determination”.  But on Thursday, the central bank shocked the financial world by abruptly abandoning it.  More than three years ago, the Swiss National Bank announced that it would not allow the Swiss franc to fall below 1.20 to the euro, and it has spent a mountain of money defending that peg.  But now that it looks like the EU is going to launch a very robust quantitative easing program, the Swiss National Bank has thrown in the towel.  It was simply going to cost way too much to continue to defend the currency floor.  So now there is panic all over Europe.  On Thursday, the Swiss franc rose a staggering 30 percent against the euro, and the Swiss stock market plunged by 10 percent.  And all over the world, investors, hedge funds and central banks either lost or made gigantic piles of money as currency rates shifted at an unprecedented rate.  It is going to take months to really measure the damage that has been done.  Meanwhile, the euro is in greater danger than ever.  The euro has been declining for months, and now the number one buyer of euros (the Swiss National Bank) has been removed from the equation.  As things in Europe continue to get even worse, expect the euro to go to all-time record lows.  In addition, it is important to remember that the Asian financial crisis of the late 1990s began when Thailand abandoned its currency peg.  Will this move by Switzerland set off a European financial crisis?

Read more »
Posted by Angelo Agathangelou at 12:38 pm No comments: Links to this post

Abridged message to French Muslims from Sheikh Imran Hosein
Read more »
Posted by Angelo Agathangelou at 10:29 am No comments: Links to this post

By Wolf Richter: The euro dropped to $1.16, the lowest since 2005. The ECB has imposed negative deposit rates on Eurozone banks, which are passing them on to their depositors. The ECB will flog savers until their mood improves. It has flooded the Eurozone with liquidity whose excesses are sloshing audibly through the system. 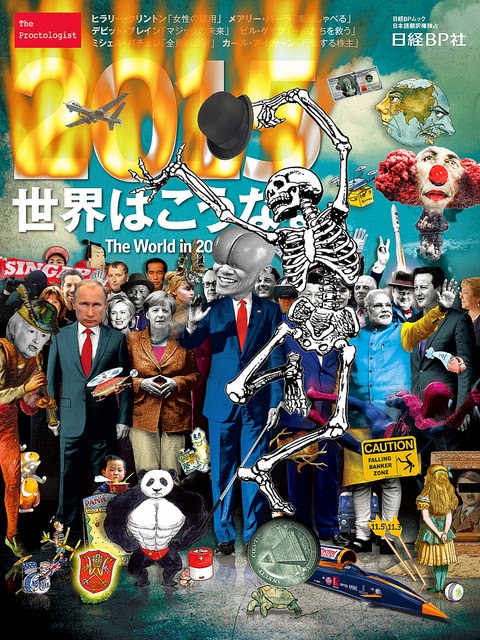 Despite the Eurozone’s economic issues, stocks have soared in recent years. As have government bonds. The German 5-year yield is negative; the 10-year yield dropped to 0.41%. Forget France’s beleaguered government and economy, and the downgrades of its credit rating: its 10-year yield is 0.67%; its 2-year yield is negative. Spain’s 10-year yield dropped to 1.49% before edging up a little. Italy’s 10-year yield fell to 1.70%. These countries are borrowing at practically no cost.
Since 2011, the Eurozone’s current-account surpluses with the rest of the world have risen sharply, approaching 4% of nominal GDP, despite the debt crisis and even while the euro was very strong. The November trade surplus, reported today, jumped to €20 billion, up from €16.5 billion a year ago.
And it’s precisely this environment that the ECB wants to douse with even more liquidity by buying large quantities of government bonds to force interest rates down even further and devalue the euro even more. Because now it would suddenly heal the various problems each of the 19 Eurozone countries might have.
Read more »
Posted by Angelo Agathangelou at 9:19 am No comments: Links to this post 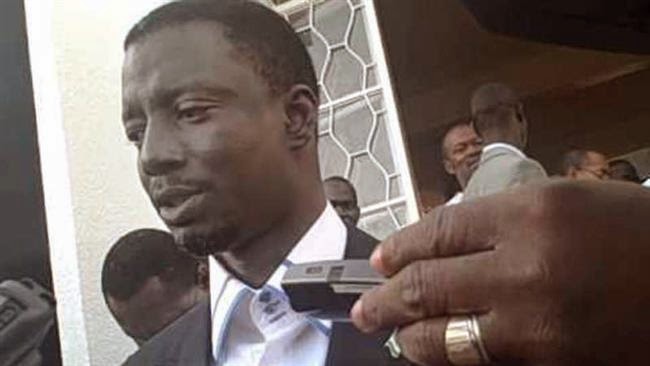 Niger has banned the distribution of Charlie Hebdo in the country over the French satirical weekly’s publication of blasphemous cartoons of Islam’s holy Prophet Muhammad.
Press TV: The mainly-Muslim country took the move on Thursday over the weekly’s publication of the offensive cartoons in its latest edition, becoming the second African country to prohibit the periodical’s distribution after Senegal.


“The government vehemently denounces and condemns the cartoon of the Prophet Mohammed, peace and blessings be upon him, contained in the issue of Charlie Hebdo for Wednesday, January 14, 2015, which it considers an insulting provocation and totally unacceptable,” said a government statement read on radio and state television.

Niger’s President Mahamadou Issoufou has instructed the Niamey government to “ban the publication and sale of this issue across the country,” the statement added.
Muslims across the world have expressed their outrage at the French weekly’s release of inflammatory cartoons last Wednesday. Religious leaders across the world have also denounced the move as purely provocative, calling it a direct insult to all Muslims.

Face It Feminists, You Aren't Oppressed

"Here are all the reasons feminists are not oppressed and examples of why they wouldn't actually know oppression if it stoned them to death." Miss Misanthropist
Read more »
Posted by Angelo Agathangelou at 5:46 am No comments: Links to this post

Submitted by Tyler Durden: The first time the phrase Emergency Liquidity Assistance, or ELA, was used in the context of Greece was in August 2011, when Greece was imploding, when its banking sector was on (and past) the verge of collapse, and just before the ECB had to unleash a global coordinated bailout with other central banks including global central bank liquidity swap and unleash the LTRO to preserve the Eurozone. 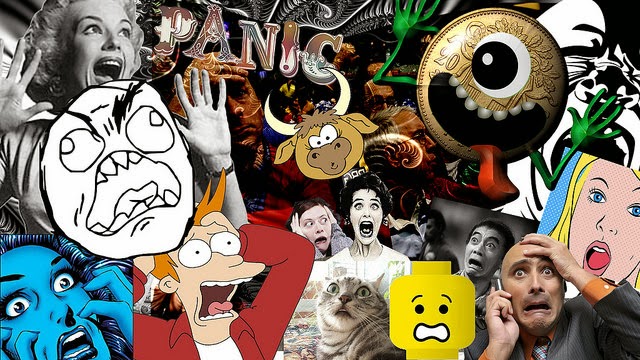 As a reminder, this is what happened back then: "In a move described as the "last stand for Greek banks", the embattled country's central bank activated Emergency Liquidity Assistance (ELA) for the first time on Wednesday night."

"Although it was done discreetly, news that Athens had opened the fund filtered out and was one of the factors that rattled markets across Europe. At one point Germany's Dax was down 4pc before it recovered. The ELA was designed under European rules to allow national central banks to provide liquidity for their own lenders when they run out of collateral of a quality that can be used to trade with the ECB. It is an obscure tool that is supposed to be temporary and one of the last resorts for indebted banks."

The economic catastrophe that is the European corporate and banking sector heading into 2015 - especially for Spain, France, Italy and then Germany.