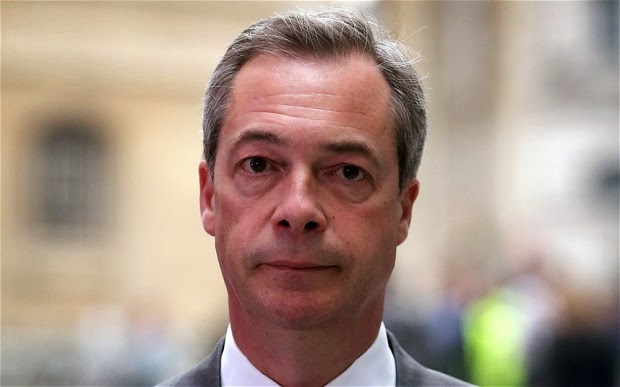 Via F4J: UKIP leader Nigel Farage today announced his support for Father4Justice (J4MB by Proxy) and Shared Parenting. Matt & Nadine O’Connor from F4J had previously met with Nigel Farage and his policy team, including Deputy Chairman Suzanne Evans and former Policy Director Tim Aker and presented the benefits of Shared Parenting to them.

In a statement today, Nigel Farage said, “UKIP value the role fathers and grandparents play in the upbringing of their children. I believe shared parenting is responsible parenting and that’s why UKIP worked with Fathers4Justice to include this important commitment in our election manifesto.”
Said Campaign Director Nadine O’Connor, “After securing the support of 104 MPs from all political parties last year, we welcome this endorsement of our campaign by the leader of UKIP which is recognition that our Shared Parenting message is winning significant political support."

“Our aim is to build a political consensus that will deliver shared parenting, end mass fatherlessness and the cancer of family breakdown, and bring around bring better outcomes for our children, our families and our country.”
Posted by Angelo Agathangelou at 11:50 pm No comments:

Max Keiser and Stacy Herbert discuss the Greek situation and that a nation is not what it thinks it is but what others attempt to hide about that nation - like the fact that it is bankrupt. They discuss the role Goldman Sachs played in helping Greece hide its debts and, thus, strapping it to the euro and the mispricing of real risk by well-compensated bond investors lending to Greece at ultra low interest rates. They also discuss that, while deflated footballs was the main headline on the nightly news in America, a memo was delivered to Obama outlining the various ways that brokers defraud American investors of years worth of retirement income.
Posted by Angelo Agathangelou at 7:44 pm No comments:

The “Angry Men” Of The Internet By Jasmin Newman: Angry, aggressive, toxic, irritated, hateful. These are all words used to describe many of the men with whom I communicate on a daily basis. They are accused and judged as bitter and resentful, often being described as misogynistic and promoting violence against women, even though there is no basis for these accusations.

Women hating, violent and aggressive men – if I were the judgemental type, there would be a lot to fear about them, but I’m not.
I’m not naïve, ignorant, blind or uneducated.  I am a coach, and my primary skill set is to ask poignant questions as a vehicle to hear the experiences and stories of men. I don’t ask questions so that I can give an opinion or to fix men’s problems.  I ask questions so that they can find their voice to speak about their pain.
And then I listen.


You silently scream at everyone you know for help. “Tell me I’m not alone; tell me that life will one day be better, tell me that I matter and that I make a difference. Tell me that I’m loved, that someone, anyone please tell me you care about what I am going through.”
When you are in that place you hurt, you hurt so badly there really aren’t words to describe it. Your soul has been cut and it’s haemorrhaging. You don’t know how to stop it; you don’t know how to patch it up. Your entire existence, every single moment of every part of the day revolves around that hurt.

Read more »
Posted by Angelo Agathangelou at 5:17 pm No comments:

'Of Usury, Psychopathy, Materialism And Buggery’

Letter From Mr B
Posted by Angelo Agathangelou at 3:35 pm No comments:

'Kudos to all Greeks for starting it. It has to be done. And I don’t see how the euro could possibly survive it.' 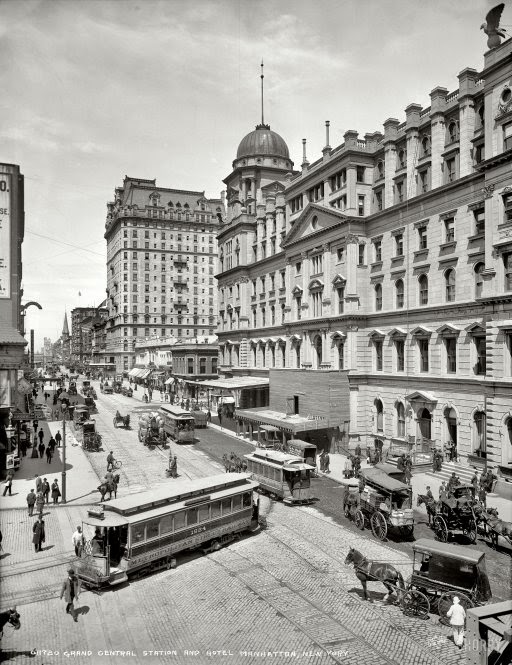 By Raúl Ilargi Meijer: On the one hand, I’ve written so much about Greece lately I fear I’m reaching overkill. On the other hand, there’s so much going on with Greece, and so fast, that I wouldn’t know where to begin. Moreover, I’m thinking and trying to figure what is what and what is actually happening so much it’s hard to stay focused for more than a short while before something else happens again and it all starts all over. And I’m thinking it must feel that way for the Syriza guys as well.
One thing I do increasingly ponder is that it gets ever harder to see the eurozone survive. In its present shape and form, that is. Damned if you do, doomed if you don’t, is an expression I’ve used before. It’s like this big experiment that a bunch of power hungry Europeans really get off on, that now all of a sudden is confronted with the democracy they all only thought existed in books of history anymore.
But if you take your blind hunger far enough to kill people, or ‘only’ condemn them to lives of misery, they will eventually try to speak up, even if not nearly soon enough. It’s like a law of physics, or like Icarus in, yes, Greek mythology: try to reach too high, and you’ll find you can’t.
What is Brussels supposed to do now? Throw Athens off a cliff? Not respect the voice of the Greek people? That doesn’t really rhyme with the ideals of the union, does it? If they want to keep the euro going, they’re going to have to give in to a probably substantial part of what Syriza is looking for. Or Greece will leave the eurozone, and bust it wide open, exposing its failures, its lack of coherence, and especially its lack of democratic and moral values.

Read more »
Posted by Angelo Agathangelou at 1:33 pm No comments:

"You have sat too long here for any good you have been doing. Depart, I say, and let us have done with you. In the name of God, go.”

By Mumia Ali: I got wind of a very interesting article by way of a commenter on one of the blogs that I write for; the piece was entitled “The Worst Cities for College-Educated Women Trying to Find a Decent Date.” An informative read, the author, Mr. Jordan Weissmann, shows the data that in more than 100 major urban/metro areas of the United States, women with college degrees outnumber men on an average of upwards of 30% nationwide.
The article is perhaps even more profound for what it doesn’t say, than what it does – that a “decent date” is something only college-educated and degreed men can offer to women, and/or that only “decent dates” from such men are what counts. And, as the ensuing comments following the article were keen to point out, invariably these kinds of discussions turn to the “dating/mating/marrying down” variety – i.e., college-educated/white collar professional, and highly accomplished women, having to “slum it” with their “lesser” male counterparts.
While this kind of news is a bit of a shock to our White brothers and sisters, it is by no means anything new to us Brothas and Sistas – indeed, it has been the broken record soundtrack of many of our lives, at least mine.

Scuffles have broken out between Israeli green shirts and Palestinians protesting apartheid JSIL's President Reuven Rivlin’s visit to the southern city al-Khalil (Hebron) in the occupied West Bank.
Orwellian Zionist shill UK regulator banned Press TV:  Palestinians and foreign activists held a rally on Monday at a checkpoint dividing the city’s sectors.
Rivlin was in al-Khalil to inaugurate a museum at an illegal Israeli settlement. 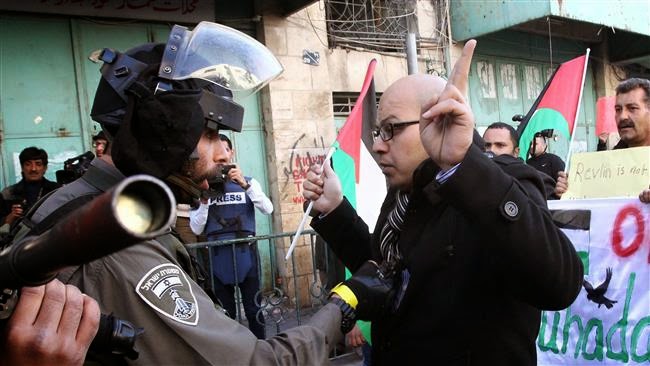 “Rivlin is not welcome in Hebron,” read a placard held by the protesters.
Israeli troops injured one of the protesters while using teargas and rubber bullets to disperse them.
The Israeli president also visited the settlement of Kiryat Arba, adjoining the city, and the holy Ibrahimi Mosque (Cave of the Patriarchs), which angered Palestinians.
Rivlin’s visit, which took place under tight security, is believed to be an electoral publicity stunt for the right-wing Likud Party, to which he belongs.
The UN and most countries regard the Israeli settlements as illegal because the territories were captured by Israel in the 1967 war and are hence subject to the Geneva Conventions, which forbid construction on the occupied lands.

The British Army will revive one of the most contentious special forces units of the second world war, the Chindits, as a new generation of “Facebook” warriors who will wage complex and covert information and subversion campaigns. 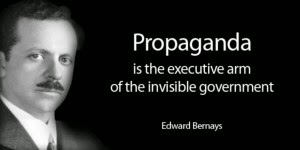 – From the recent FT article: Army Revives Chindits as ‘Facebook Warriors’ for Smart Battle
By Michael Krieger: Get ready, social media is about to get far more treacherous than it already is. Be extra careful jumping to conclusions, always think for yourself and use your best judgement. Government psy ops are about to go into overdrive.
Gizmodo reported the following:


A new group of soldiers, referred to as “Facebook Warriors” will ” wage complex and covert information and subversion campaigns,” according to the Financial Times. This unit will be named the 77th battalion, whose number also has a historical significance.

Read more »
Posted by Angelo Agathangelou at 5:19 am No comments:

Lame-Stream TV News Report On The "Flying Anarchists" Of Athens

Perseus999: The "Flying Anarchists" of Athens, Greece, doing parkour on the rooftops, to attack the Greek Riot Police.
The report was transmitted live concenrning the fierce riot that "exploded" in Athens on December 6, 2014, during a very tense time, when anarchist Nikos Romanos was on the 27th day of his hunger strike and his health in a critical condition, on the 6th anniversary of his friend's murder, Alexis Grigoropoulos, in cold blood by a policeman in the Exarhia area of Athens on December 6, 2008.

Read more »
Posted by Angelo Agathangelou at 4:13 am No comments:

Maduro Accuses US And Joe Biden Of ‘Bloody Coup’ In Venezuela 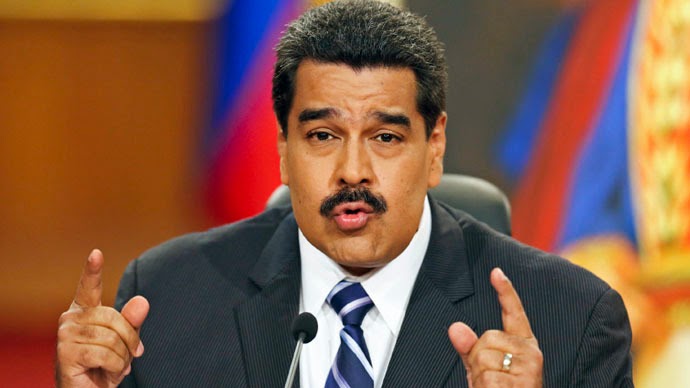 RT: The US is behind the attempted coup in Venezuela – that is the accusation President Nicolas Maduro has leveled amid widespread protests back home. And it’s none other than Vice-president Joe Biden who’s behind the entire operation, Maduro alleges.
This is the first time a direct accusation of this gravity was made in front of thousands of cheering spectators and the world at large, despite an earlier Friday statement, when Maduro struck out at several US federal agencies for allegedly plotting against Venezuela.
"The northern imperial power has entered a dangerous phase of desperation, going to talk to the continent's governments to announce the overthrow of my government. And I accuse Vice-president Joe Biden of this," the head of state said, addressing the people at the 198th anniversary of the birth of a Venezuelan hero general Zamora in Cua, Miranda state.
He also questioned US President Barack Obama publically, whether he was “aware of these plans to promote violence and a coup in Venezuela” and “appealed to his consciousness.”
“There are US diplomats in Venezuela contracting military officials to betray their country, looking to influence socialist political leaders, public opinion leaders and entrepreneurs to provoke a coup,” the head of state went on.

Read more »
Posted by Angelo Agathangelou at 2:00 am No comments: