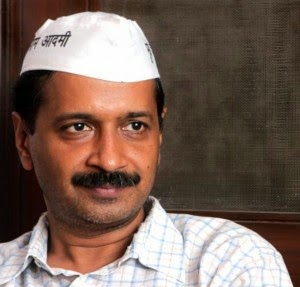 Critics say that Kejriwal has been acting like a political novice by releasing a slew of allegations that may not come to much. Khurshid, for once, has said that Kejriwal was “an ant taking on the might of an elephant”.
Kejriwal accepts that survival in Indian politics against established political behemoths requires “strategic planning”, acknowledging that his “timing could have been planned better”.
While Kejriwal admits he is still learning, he believes that the truth will prevail. “Remember they may have survived for many decades in politics, but we too are formidable foes in pursuing truth,” he said.
Kejriwal objects to the fact that “power is vested in a political establishment in Delhi and in state capitals. It needs to be people-centric”. His use of street protests has earned him the respect of the middle class.
– From the November 4, 2012 Al Jazeera article: India’s ‘Assange’ crusades against corruption
By Michael Krieger: More than two years ago, I published an article titled, Meet Arvind Kejriwal: “India’s Julian Assange,” which focused on the crusade for social justice of a man I had never heard of.

Woman Walks 10 Hours In Mumbai And Did Not Get Catcalled Even Once!

By Anil Kumar: India is an awful place for women. This claim is made almost every day in media all over the world. In fact, Trust Law, a feminist charity run by Thomson Reuters foundation claimed that India is 4th most dangerous place for women in the world. 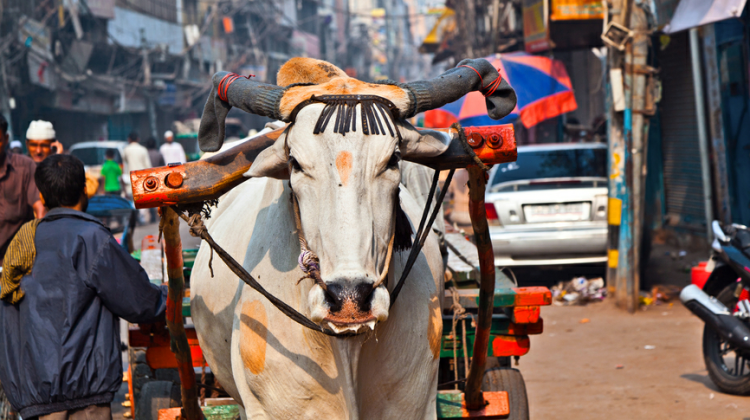 After the feminist video of a woman walking around the streets of New York went viral, a similar experiment was conducted in the city of Mumbai, which has a population of 12 million people.
IBNLIVE, the partner channel of CNN in India reports,

A woman wearing a top and a skirt walks around Mumbai city for 10 hours from Dadar East to Andheri, and Bandra to Kurla but doesn’t get catcalled even once! Though the model in the video gets stared at, but no man passed lewd comments or approaches her in the video. 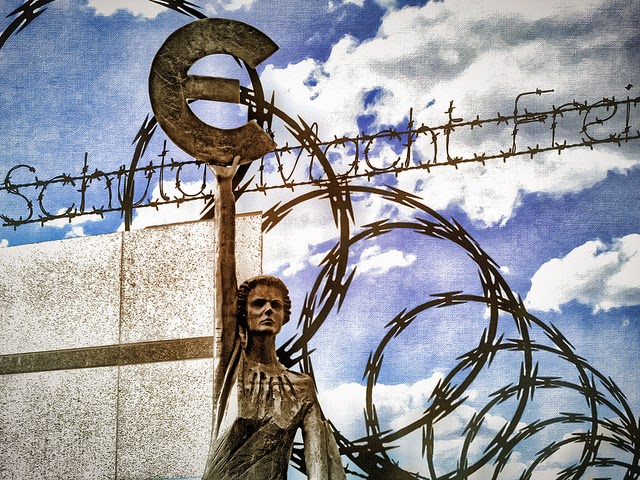 To Feminists, Everything Is Misogyny… Even Their Own Vaginas

By Andrew DiKaiomata: I’ve learned it’s no use to argue with feminists. To them, everything bad, all social ills, customs, all thought are caused by “The Patriarchy” which in turn causes all-pervasive “misogyny,” the hatred of every single woman on earth. If you corner them with facts, they go into an emotional meltdown. Despite learning not to argue with a feminist, I’ll occasionally ask certain questions that I’ve found to be unanswerable under a feminist mindset. One such question is “Is there any social ill or any malady whatsoever that is not caused by “The Patriarchy?”

To a feminist “The Patriarchy”(the belief that there is always a man to blame) is the cause of everything bad, feminism is the cause of all things good. A feminist is unable to give the clear answer, “Of course!” because if it’s bad, men did it; if men did it, it’s bad. Under feminism, being bad and being caused by men are synonymous. What’s more, men cause all things, women are always passive. Something being bad, (or in feminist ‘problematic’) has only one cause; men. “The Patriachy” is really a catchall concept for men being the problem.
“The Patriarchy” has another useful purpose, it can be used to ignore men’s issues. Infant boys being sexually tortured to death? 60 million men being drafted to their death in WWII? Suicide, murder, homelessness? “You people have it coming because Patriarchy!” To a feminist, men suffering disproportionately from virtually every single social ill is proof of their power, and confirms the idea of “The Patriarchy.”

Read more »
Posted by Angelo Agathangelou at 7:20 pm No comments: Links to this post

After Greece Warns It May Get Funds From Russia Or China, Europe Said To Propose 6 Month Extension

Submitted by Tyler Durden: Did Europe just fold?
Moments ago Bloomberg blasted a headline which has to be validated by other members of the European Commission as well as Merkel and the other Germans (and may well be refuted, considering this is Europe), which said that: 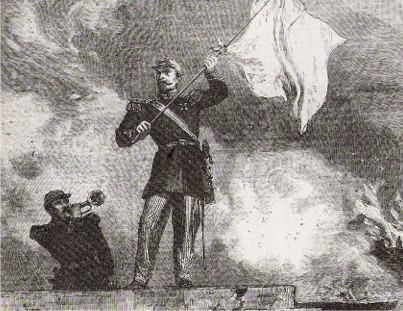 So did Greece just win the first round of its stand off with Brussels? It remains to be confirmed, but congratulations to Greece if indeed it caused Merkel and the ECB to fold.

But what caused it? Well, it wasn't the laying out of the Greek "ask", which as we noted earlier, was the following:

Greece will seek about 10 billion euros ($11.3 billion) in short-term financing as it tries to stave off a funding crunch while buying time to push its creditors to ease austerity demands. Greece’s Finance Minister Yanis Varoufakis will present a proposal at a Wednesday meeting of euro area finance

The Mayor calls out to MGTOW to make their first video in celebration of February 14th International MGTOW day! Also... fun with CRAIGSLIST personals.

Democracy Is A Doomed And Dying Model Of Governance

Letter From Peter - A Steiner View - Read by Morris
Posted by Angelo Agathangelou at 11:33 am No comments: Links to this post

If Russia is eyeing a port in Cyprus or Egypt - is this a Zionist ruse to take them away from Syria. Morris.
Posted by Angelo Agathangelou at 10:23 am No comments: Links to this post

The Horns Of Legend

If You Listen Carefully, The Banksters Are Actually Telling Us What Is Going To Happen Next 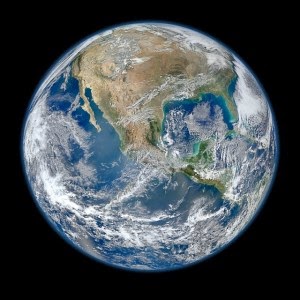 By Michael Snyder: Are we on the verge of a major worldwide economic downturn?  Well, if recent warnings from prominent banksters all over the world are to be believed, that may be precisely what we are facing in the months ahead.  As you will read about below, the big banks are warning that the price of oil could soon drop as low as 20 dollars a barrel, that a Greek exit from the eurozone could push the EUR/USD down to 0.90, and that the global economy could shrink by more than 2 trillion dollars in 2015.  Most of the time, very few people ever actually read the things that the big banks write for their clients.  But in recent months, a lot of these bankers are issuing such ominous warnings that you would think that they have started to write for The Economic Collapse Blog.  Of course we have seen this happen before.  Just before the financial crisis of 2008, a lot of people at the big banks started to get spooked, and now we are beginning to see an atmosphere of fear spread on Wall Street once again.  Nobody is quite sure what is going to happen next, but an increasing number of experts are starting to agree that it won’t be good.

Is Peace Or War At Hand?

By Paul Craig Roberts: At this time we do not know the outcome of the meeting in Moscow between Merkel, Hollande, and Putin.

The meeting with Putin was initiated by Merkel and Hollande, because they are disturbed by the aggressive position that Washington has taken toward Russia and are fearful that Washington is pushing Europe into a conflict that Europe does not want.  However, Merkel and Hollande cannot resolve the NATO/EU/Ukraine situation unless Merkel and Hollande are willing to break with Washington’s foreign policy and assert the right as sovereign states to conduct their own foreign policy.
Unless Washington’s war-lust has finally driven Europeans to take control over their own fate, the most likely outcome of the Putin-Merkel-Hollande meeting will be more meetings that go nowhere. If Merkel and Hollande are not negotiating from a position of independence, one likely outcome after more meetings will be that Merkel and Hollande will say, in order to appease Washington, that they tried to reason with Putin but that Putin was unreasonable.
Based on Lavrov’s meeting in Munich with the Europeans, the hope for any sign of intelligence and independence in Europe seems misplaced.

China's Solution To "Tyrannical" Billionaires Who Harm The Economy: Execution

Submitted by Tyler Durden: In some countries, the 'solution' the state chooses for its ignominous billionaire class of inequality-garnering, economy-wrecking individuals is to either a) turn one's back for a brief enough moment as to allow the tyrant to leave the country in search of a golden beach upon which to lament how great a trade being long European bonds would have been' or b) enhance their wealth further on a quid pro quo basis. In China, the 'treatment' for corrupt billionaires who love casinos, cigars, and luxury cars is much simpler... execution. 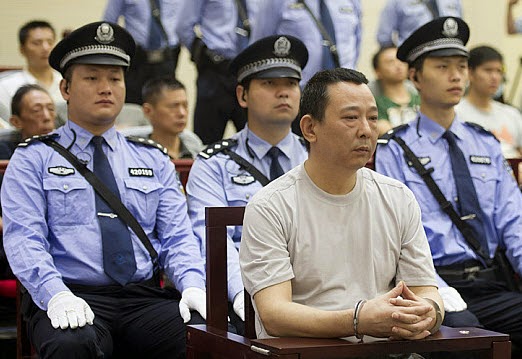