"Well, the United States government today is very different from Reagan. Reagan focused on American domestic economic issues and he focused on ending the Cold War with the Soviet Union. Today, or during the entirely of the new twenty first century, the American government has focused on war and on American financial imperialism over the rest of the world. This is a dramatic change. And this change, of course, is very dangerous, not only for Americans, but for the entirety of the world. Americans have been at war for over 15 years, it has invaded or bombed or tapped seven countries, there are millions of people dead, injured, displaced, the United States is now bringing sanctions against Russia, the United States has overthrown an elected government in Ukraine, this is a dangerous act.
Read more »
Posted by Angelo Agathangelou at 10:24 pm No comments: Links to this post

In His Thirst For War, Senator Jim Inhofe Releases Fake Photos Of Russian Troops In Ukraine

Members of the Senate Armed Services Committee first viewed the graphic pictures in December. Sen. Jim Inhofe (R., Okla.) then obtained the photos and worked to independently verify and confirm the authenticity of the photos, before providing them exclusively to the Free Beacon.
Inhofe said he hopes the images act as a wake up call to the Obama administration and American people, who largely have been spared from seeing the graphic violence inflicted upon Ukraine by the Russian-backed separatists…
Following publication of this story, serious questions have been raised about the authenticity of some of the photographs provided by Sen. Jim Inhofe (R., Okla.). Several images of the Russian convoys appear to have been taken in 2008, during Russia’s conflict with Georgia. Given the similarities between the earlier images and those provided by the senator’s office, the Washington Free Beacon is investigating further and will update as necessary.
Sen. Inhofe said in a statement: “The Ukrainian parliament members who gave us these photos in print form as if it came directly from a camera really did themselves a disservice. We felt confident to release these photos because the images match the reporting of what is going on in the region. I was furious to learn one of the photos provided now appears to be falsified from an AP photo taken in 2008.
– From the Washington Free Beacon’s article: Updated: Provenance of Photos Showing Atrocities Questioned
By Michael Krieger: This is absolutely incredible. Incredible.

Ry Dawson
Posted by Angelo Agathangelou at 7:14 pm No comments: Links to this post

"Through the religion of the holocaust, ...their approach to ethic is that by claiming victimhood they are empowered to act excessively."  Joaquin
Posted by Angelo Agathangelou at 4:26 pm No comments: Links to this post

RT: Venezuela’s leader Nicolas Maduro has announced that the country has defeated a US-sponsored coup which was reportedly plotted by five Air Force officers. 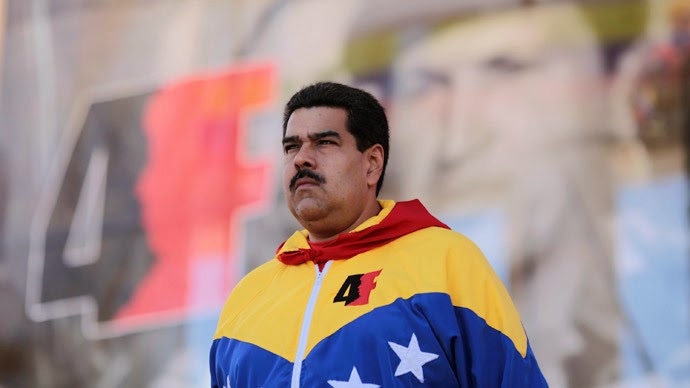 “We have broken up and foiled a coup attempt against democracy and the stability of our country,” Maduro said, adding that the coup had been directed “from Washington.”
The coup plan involved an attack on the presidential palace or another top target, Maduro said.
“This was an attempt to use a group of military aviation officers to provoke a violent event,” and one of the detained plotters was “an [Air Force] general called Hernandez, alias el Oso [the bear].”
“On these dates, February 12 and 13, during the commemoration events, [the plot was to] fly a 'Tucano' airplane, arm the Tucano and attack the Miraflores [Presidential] Palace, or whichever location I would have been when participating in any one of these events. And then later attack other targets which they had outlined before," Maduro said,

The Enliven Project And The Manipulation Of Rape Statistics

I came across an info-graphic on rape and false rape accusations, a broken down point by point refutation. I decided to get my good friend Brandon to animate firstly to show how rape statistics are frequently manipulated and secondly how statistics in general can be manipulated. Josh O'Brien
Posted by Angelo Agathangelou at 10:51 am No comments: Links to this post

HSBC Tax Dodgers - Why Are MPs In Bed With Them?

"Trust neither the Fred or Rose West of British politics because they are not interested in representing you, they just want to take you home and fuck you over!" Russell Brand's reaction to the news that the UK government have been receiving donations from tax dodgers facilitated by HSBC.
Posted by Angelo Agathangelou at 9:05 am No comments: Links to this post 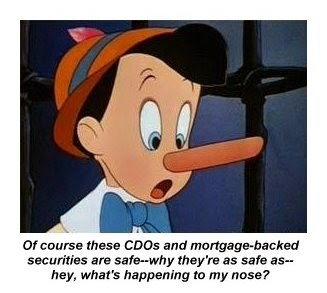 By Charles Hugh Smith: How many nations are blessed with political and financial leaders who routinely state the unvarnished truth in public?
Only two come immediately to mind: Greece and Bhutan: Greece, where the new leadership repeatedly states the nation is bankrupt and extend-and-pretend policies are finished, and Bhutan, which explicitly rejects worshiping the false god of growth as measured by GDP (gross domestic product).

Bhutan has opted to measure well-being not by bogus “growth” (digging holes and filling them, and other Keynesian Cargo Cult nonsense), but by Gross Domestic Happiness: It’s Time to Retire Gross Domestic Product (GDP) as a Measure of Prosperity (April 18, 2014)
In other words, with remarkably few exceptions, the global Status Quo is a vast Empire of Lies.
I have used the phrase empire of lies since 2007:
Empire of Lies, Kingdom of Magical Thinking (October 30, 2007)
Empire of Debt, Empire of Lies (August 6, 2008)
Ron Paul used the phrase in his book The Revolution: A Manifesto which was first issued in January, 2008, which means he probably drafted it many months or even years before.
Regardless of its origin, the phrase perfectly captures the total dependence of the Status Quo on a constant spew of lies.

By Michael Snyder: The stock market continues to flirt with new record highs, but the signs that we could be on the precipice of the next major financial crisis continue to mount. 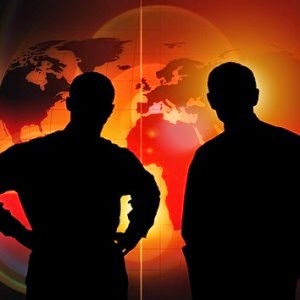 A couple of days ago, I discussed the fact that the U.S. dollar is experiencing a tremendous surge in value just like it did in the months prior to the financial crisis of 2008.  And previously, I have detailed how the price of oil has collapsed, prices for industrial commodities are tanking and market behavior is becoming extremely choppy.  All of these are things that we witnessed just before the last market crash as well.  It is also important to note that orders for durable goods are declining and the Baltic Dry Index has dropped to the lowest level on record.  So does all of this mean that the stock market is guaranteed to crash in 2015?  No, of course not.  But what we are looking for are probabilities.  We are looking for patterns.  There are multiple warning signs that have popped up repeatedly just prior to previous financial crashes, and many of those same warning signs are now appearing once again.
One of these warning signs that I have not discussed previously is the wholesale inventories to sales ratio.  When economic activity starts to slow down, inventory tends to get backed up.  And that is precisely what is happening right now.  In fact, as Wolf Richter recently wrote about, the wholesale inventories to sales ratio has now hit a level that we have not seen since the last recession…

Read more »
Posted by Angelo Agathangelou at 3:40 am No comments: Links to this post

Perseus999: Governments are falling, but the games continue. The video records the attack scene DIAS group and Delta demonstrators in Ermou, during the historic mass collision that appeared to revolt in the streets of Athens on February 12, 2012, during a vote in the House of the 2nd Memorandum. The "censored" video was edited by his brother and companion "Anasfalitis" whose account is now closed.

There are 2.3 million Americans in prison or jail. The U.S. has 5 percent of the world’s population but 25 percent of its prisoners. One in three black men can expect to spend time in prison. There are 2.7 million minors with an incarcerated parent. The imprisonment rate has grown by more than 400 percent since 1970.
Recent research suggests that incarceration has lost its potency. A report released this week from the Brennan Center for Justice at the New York University School of Law finds that increased incarceration has had a very limited effect on crime over the past two and a half decades.
– From today’s Five-Thrity-Eight article: The Imprisoner’s Dilemma 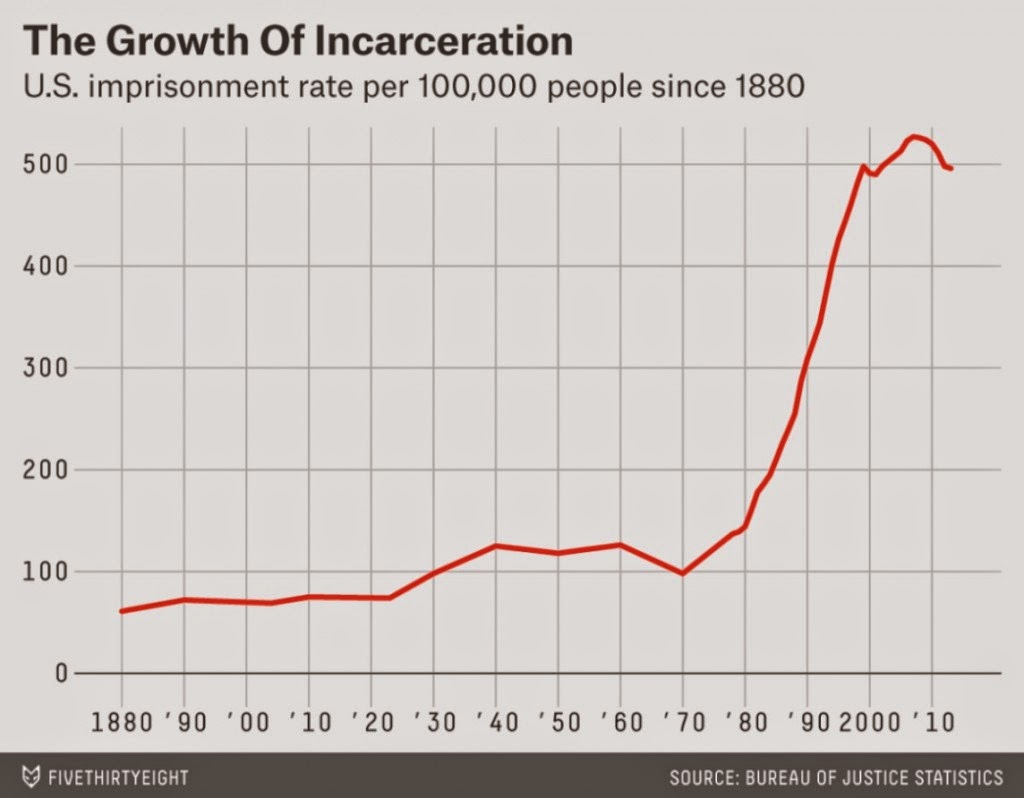 By Michael Krieger: The sickening and absurd rate of incarceration in these United States has been a frequent topic of conversation here at Liberty Blitzkrieg over the years (links at the end). In our national insanity, the U.S. has only 5% of the worlds population, yet 25% of its prisoners. Many of these people have no business being locked in a cage to begin with, and are wasting their lives away for committing “victimless crimes,” i.e. for no good reason.
While the immorality of locking up so many of our fellow citizens for non-crimes should be readily apparent, today’s article from Five-Thirty-Eight offers evidence that America’s incarceration rate has become so saturated that it has absolutely no meaningful impact in lowering crimes rates anyway. The time for prison reform and the elimination of mandatory minimum sentences is long overdue.