Bang: The Definitive Interview With RooshV (Part One)

“Only Nixon could go to China.”
- Mike Mansfield 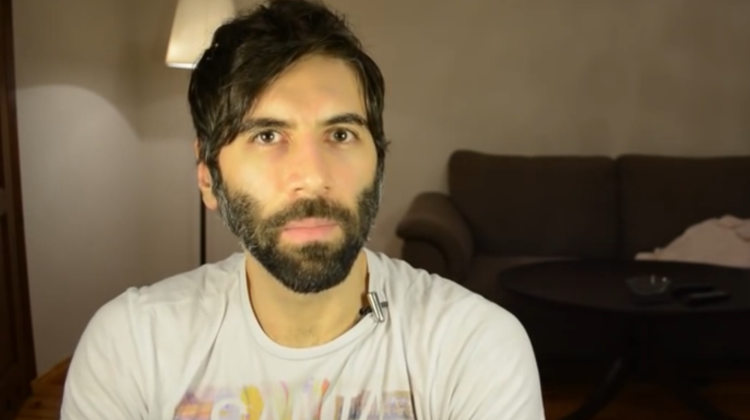 By Mumia Ali: If there is one guy in the Manosphere who’s reputation, for better or for worse, has preceeded him, it’s Roosh V. For more than a decade, he has been sharing his adventures with women, life, love and travel, with men across the globe, via more than a dozen self-published books, three websites and a burgeoning YouTube channel.
I got wind of Roosh way back in 2008 when I was a frequent commenter at a blog then known as “Roissy in DC” and today known as “Chateau Heartiste“; I hopped over to his online spot via hyperlink and became an instant fan – but not quite for the reasons one might think.
Although I greatly enjoyed Roosh’s earnest and honest takes on his experiences with the ladies while he plied his version of Game & Pickup around the world, what I enjoyed even more was the fact that Roosh was, and very much remains, a do-er. Let’s keep it brutally real here: the ‘sphere has a lot of guys who talk a lot of smack, but very little gets done. Roosh set out to achieve a list of personal goals for himself, and by any measure, he not only has done so, he’s done so by a pretty wide freakin’ margin. No matter what you think of him or what he’s about, you just have to respect that.

Chapel Hill Vs Copenhagen - Which Is Terrorism?

Russell Brands reaction to the lame-stream media's coverage of the Chapel Hill killings last week and the shootings in Copenhagen.
Posted by Angelo Agathangelou at 9:25 pm No comments: Links to this post

"Men project and idealise women constantly and it's men that uphold traditional relationships and all the storybook romance and men with this mindset are open to being manipulated and such men are easy prey. Men need to understand the world in which they are living in. A woman accuses a man, her word is seen as truth..." Spetsnaz
Posted by Angelo Agathangelou at 8:08 pm No comments: Links to this post

A passionate plea against passivity and a motivational call to take a stand against evil. Stefan Molyneux
Posted by Angelo Agathangelou at 6:58 pm No comments: Links to this post

Palestinian resistance groups say they will respond to any potential new war against the Gaza Strip by apartheid Israel amid a rise in threats by Israeli political figures preparing for upcoming elections. 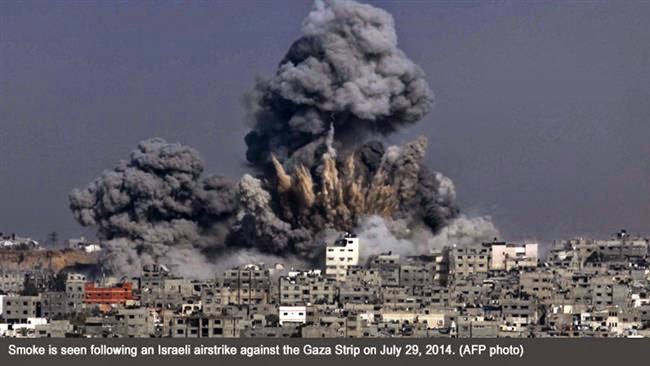 Press TV: Palestinian resistance factions, including the Palestinian Islamic Jihad (PIJ), said they were taking the fresh anti-Gaza rhetoric by the Israeli politicians seriously, warning that any attack on the blockaded coastal enclave would be met with fierce resistance.
This comes after Israeli army Major General Yuav Galant said he would launch a new war against the Gaza Strip if he became defense minister following the March 17 legislative elections.
Israeli Foreign Minister Avigdor Lieberman also recently said it was only a matter of time before another war on Gaza would take place.
The resistance groups said the recent threats only show Tel Aviv’s hostile intentions against the Palestinian people, especially those living in the Gaza Strip.
The new threats come only months after the Gaza Strip faced a deadly genocidal Israeli onslaught.

Read more »
Posted by Angelo Agathangelou at 4:20 pm No comments: Links to this post

Via Mark O'Byrne:
- Sophisticated “Ocean’s 11″ style heist is one of the largest in history
- Hackers remotely accessed bank computers to manipulate accounts and A.T.M.s.
- Banking groups make no comment
- Details expose incredible systemic vulnerability
An international group of cyber criminals have stolen at least $300,000,000 from over 100 banking and financial institutions in 30 different countries across the world – in a heist that has been described as “much more ‘Ocean’s 11′” than “Bonnie and Clyde” by the company investigating the theft.
Banks in Switzerland, the US, Japan, the Netherlands and particularly Russia were targeted in the past two years. 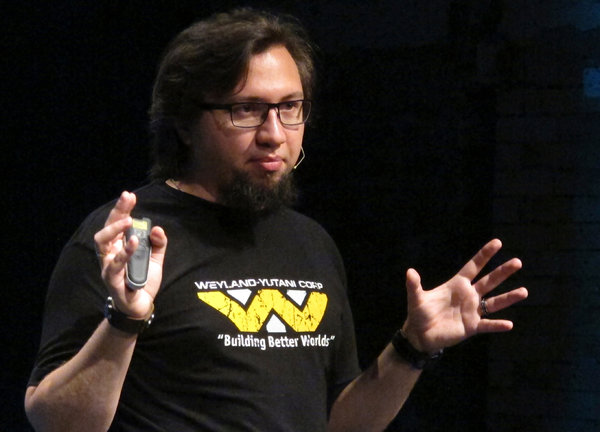 An investigation into the attacks – which was conducted by Kaspersky Lab, a Russian cyber-security company – began following an incident in Kiev where an A.T.M. started issuing cash spontaneously in 2013.

Kaspersky Lab found the bank’s security system to be drastically compromised when employees opened e-mails purporting to come from their colleagues.

Read more »
Posted by Angelo Agathangelou at 2:15 pm No comments: Links to this post

Greece: Thousands Rally In Athens To Support Their Government

RT: Some 20,000 protesters gathered outside the parliament building in Athens for an anti-austerity, pro-government demonstration ahead of Monday’s planned bailout talks in Brussels.
Protestors waved banners reading “Dying out of poverty” and other messages, calling for an end to the strict austerity measures imposed as a condition of the massive 2010 bailout package doled out by the so-called troika (the IMF, EU and ECB).

"We want justice here and now...for all the suffering Greece has gone through the past five years,". 58-year-old Theodora, who has been unemployed for the last three years.

The Council on American-Islamic Relations (CAIR) has called on American authorities to investigate a vandalism attack on a Muslim school in Rhode Island as a hate crime.

Orwellian UK BANNED Press TV: The United States’ largest Muslim advocacy group urged the officials and national law enforcement authorities on Sunday to bring "the strongest possible charges” against “the perpetrators once they are apprehended."
Unknown assailants broke into the Islamic School of Rhode Island in West Warwick over the weekend and sprayed anti-Muslim, racial slurs on the walls of the institution.
According to West Warwick Police Captain Donald Archibald, the damage went "beyond normal vandalism" and that the perpetrator wrote "senseless, hateful comments."
"The recent spike in anti-Muslim hate rhetoric and bias-motivated attacks on American Muslims and their institutions must be addressed by our nation's leaders," said CAIR National Communications Director Ibrahim Hooper.
According to Hooper, Muslims in the United States believe the recent killing of three Muslim students in North Carolina was also a hate crime.

The Chain With Kyle Bass

T
Real Vision Television: To launch our exciting new series The Chain, Raoul Pal travels to the Dallas to speak with Kyle Bass at the Barefoot Economic Summit. Founder and CIO of Hayman Capital, Kyle Bass gained notoriety for calling the sub-prime mortgage crisis. In this fascinating conversation, Kyle discusses event-driven vs. macro analysis, his approach to risk and portfolio sizing, and his motivational forces - from negative reinforcement, to freediving, to the epiphany moment. For the next interview of the series, Kyle Bass will interview one of his investment heroes - and The Chain continues on.
Posted by Angelo Agathangelou at 6:51 am No comments: Links to this post 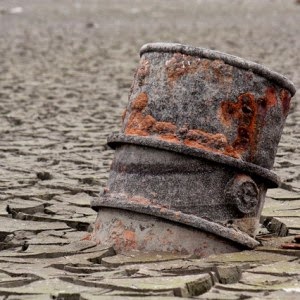 By Michael Snyder: This is just the beginning of the oil crisis.  Over the past couple of weeks, the price of U.S. oil has rallied back above 50 dollars a barrel.  In fact, as I write this, it is sitting at $52.93.  But this rally will not last.  In fact, analysts at the big banks are warning that we could soon see U.S. oil hit the $20 mark.  The reason for this is that the production of oil globally is still way above the current level of demand.  Things have gotten so bad that millions of barrels of oil are being stored at sea as companies wait for the price of oil to go back up.  But the price is not going to go back up any time soon.  Even though rigs are being shut down in the United States at the fastest pace since the last financial crisis, oil production continues to go up.  In fact, last week more oil was produced in the U.S. than at any time since the 1970s.  This is really bad news for the economy, because the price of oil is already at a catastrophically low level for the global financial system.  If the price of oil stays at this level for the rest of the year, we are going to see a whole bunch of energy companies fail, billions of dollars of debt issued by energy companies could go bad, and trillions of dollars of derivatives related to the energy industry could implode.  In other words, this is a recipe for a financial meltdown, and the longer the price of oil stays at this level (or lower), the more damage it is going to do.

Read more »
Posted by Angelo Agathangelou at 5:35 am No comments: Links to this post

By Men's Human Rights Ireland: The announcement that the Sun newspaper was going to drop its topless Page 3 girls had the usual suspects all in a tizzy.

Long a target for feminist ire, the once-symbol of the sexual liberation of the 60s and 70s when women were burning their bras has become, for some, a symbol of the oppression of women by men.

Comparisons are convolutedly made to Muslim women who insist on covering their faces with the niqab, and slogans such as “Je suis page 3″ are touted with typical taste and tact. Eloquent odes to verbosity richly marbled with pithy quotes from feminist pugilists are penned and published condemning such anachronistic sleaze.

Dressing up in a way that men might find appealing makes women look inferior and submissive to men, comes the refrain, “all you ladies throwing on the glad rags and tottering off to Coppers for a few scoops take note, tut tut.”
So when word was spread that this iconic relic of masculine power was being dropped, bottles of Beaumont des Crayeres Grande were popped, glasses were raised, and toasts were made to the inevitable collapse of the ever looming patriarchy.