Max Keiser and Stacy Herbert discuss the new Blackwater world order in which corporations employ and deploy mercenaries to enforce their extrajudicial TTIP 'rights' over sovereign nations of non-corporate person-peasants.

Read more »
Posted by Angelo Agathangelou at 10:49 pm No comments: Links to this post

As Banks Tighten Grip On The Media, British Journalist Rebels Against HSBC-Controlled Telegraph

“Banks are the feudal knights of today’s world,” Hervé Falciani says in an interview. “They are a power without a counterweight, without opposition.” 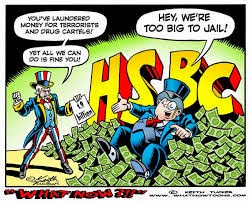 Don Quijones: That is not to say that they don’t have a weak point, adds the 42-year-old whistleblower who blew the lid on HSBC’s global tax evasion and money laundering practices. “For the banks, reputation is increasingly important. When they lose it, they don’t know how to get it back.”
Hence the importance of banks being able to control news at its source, as the Daily Telegraph’s ex-chief political commentator, Peter Oborne, has learned, and (to his great credit) revealed in a ball-busting exposé of his former employer’s cozy ties with the world’s second largest – and arguably most criminal – bank:


Three years ago the Telegraph investigations team… received a tip off about accounts held with HSBC in Jersey… After three months’ research the Telegraph resolved to publish. Six articles on this subject can now be found online, between 8 and 15 November 2012, although three are not available to view.

Guido Fawkes: In their response to Peter Oborne’s explosive resignation, the Telegraph strenuously denied allegations the distinction between editorial content and advertising is being blurred:

“We aim to provide all our commercial partners with a range of advertising solutions, but the distinction between advertising and our award-winning editorial operation has always been fundamental to our business. We utterly refute [sic] any allegation to the contrary.”

Media Guido has obtained a memo sent in October from Sony to the Telegraph’s ‘Create’ department, which produces sponsored content. The Deputy Managing Director of Sony Pictures thanks them specifically for their “unique” “integrated… editorial and paid for” content. Stuart Williams openly confirms Sony received “support across editorial, promotions and media” as part of “the partnership with the Telegraph” on the film Fury. The last line is killer:

“From our side we are really delighted with how the partnership with the Telegraph on Fury has turned out.  We were very pleased last year with Captain Phillips with yourselves and this has taken it to a new level.

Greece Gives Europe A Counter-Ultimatum: Accept Or Reject Our Offer

Submitted by Tyler Durden: After days of repeated ultimata from The Eurogroup, as Germany (bad cop) and the rest (good cop) make optimistic sounds, this morning's rejection of Greece's latest plan (following Greek comparisons of Germany to Nazi surrender demands) has prompted something new:
Markets are stumbling on this news as Germany and the rest come to terms with not just the billions in debt on ECB and various bank balance sheets but the 49 billion other reasons to avoid Grexit that have mounted in TARGET2 liabilities.

Read more »
Posted by Angelo Agathangelou at 4:40 pm No comments: Links to this post

RT: Russia is entering the post-Snowden world with style. Its own anti-surveillance smartphone prototype, equipped with the latest in cutting-edge cybersecurity and intended for corporate users, is currently being tested.
This is not Russia’s first foray into smartphones, with the dual-screen YotaPhone making headlines recently with its second incarnation. However, the new project will offer unparalleled, corporate-level securit, when ready. The current version is a prototype and any photos are kept in strict secret.

Called the TaigaPhone, the phone will be manufactured by Taiga Systems, 99 percent of which belongs to Natalya Kasperskaya, owner of the InfoWatch group. The device will synergize with other tools provided by the company to its high-profile clients.
According to Izvestia daily, things like photos and work-related files, as well as phone conversations and metadata will not “leak” without the user’s consent, according to Taiga Systems co-owner Aleksey Nagorny.
“The device is entirely our own – the design, the schematics and circuitry. The phone will be manufactured in China,” he said.
The company used Android’s base for the creation of its own Taiga operating system. Inventing one from scratch was too costly and cumbersome.
But the system will also contain several levels of cyber defense, chief among them the ability to completely disable or enable select parts of the system. Nagorny mentioned the camera, as well as location services.

The Greek government has officially asked the European Union (EU) to provide the debt-ridden country with a six-month loan assistance package, rather than the renewal of the current bailout deal which includes tough austerity conditions.

Press TV: According to an unnamed Greek government source, the request has stressed Athens’ commitment to fiscal balance, but rejected further austerity measures.
The Greek government “pledges fiscal balance... and will carry out immediate reforms against tax evasion and corruption,” the source said.
The proposed deal will help Athens to reduce the country’s massive debt and finally reach a deal with its international creditors “without blackmail and shortage of time,” the source added.
EU’s reactions
The EU welcomed Athens’ proposed plan to extend its bailout program as a big step towards solving the conflict between Greece’s leftist government and its European creditors.
European Commission President Jean-Claude Juncker “sees in this letter (from the Greek government) a positive sign which could pave the way for a reasonable compromise in the interest of financial stability in the euro area as a whole,” said his spokesman, Margaritis Schinas.

Read more »
Posted by Angelo Agathangelou at 2:11 pm No comments: Links to this post

Ron Paul: U.S. Didn’t Really Want To Catch Bin Laden Because They Needed An Excuse To Invade The Middle East

BuzzFeed: Former Republican presidential candidate and congressman Ron Paul says he doesn’t believe the United States government wanted to catch Osama Bin Laden because they needed him as an excuse to build up the military and invade Middle Eastern countries.

“Matter of fact, can’t you just see the difference that might have occurred. Ya know, they knew where Bin Laden was. I don’t think they really wanted to catch him because he was used as the excuse for us, you know, invading various countries and building up the military,” Paul said on Scott Horton’s radio program.

As MGTOW becomes more mainstream and known, it's important to defend against accusations of being "mysoginist" and "sexist." That starts by drawing a clear line between authentic MGTOW's and misogynist MGTOW's. AaronClarey
Sandman: I think it's complicated. There are many TFL guys, full fledged MGTOWs, MRAs, Purple Pill guys all interacting together. I give the young guys the advice to DATE!
Read more »
Posted by Angelo Agathangelou at 10:28 am 5 comments: Links to this post

Miss Universe: What Can Women Learn From Men?

What happened when Miss Universe was asked - what can women learn from men? Stefan Molyneux
Posted by Angelo Agathangelou at 9:20 am No comments: Links to this post

Bitcoinomics: The following interview was conducted by Bitcoinomics.Net with Janina Lowisz, the first “holder” of a “Blockchain ID,” about the Blockchain ID, world citizenship and numerous other topics relating to the BlockchainID.
What is a BlockchainID?
The blockchain ID was invented by Chris Ellis from World Crypto Network and Bitnation founder Susanne Tarkowski Tempelhof, and makes use of the Bitcoin blockchain and available cryptographic tools to provide IDs that are not issued by nation-states but privately. It is one of the pilot projects Bitnation did so far to show how governance services can be done in a private, voluntary and decentralised way. Today, the blockchainID could be used for online verification, as part of a reputation system to facilitate transactions, for voting, or it could be used by stateless people or in war zones. The blockchainID will be available on www.bitnation.co in Q1.
What makes the BlockchainID secure?

Read more »
Posted by Angelo Agathangelou at 5:01 am No comments: Links to this post

The Obama administration says that apartheid Israel is issuing inaccurate information about America’s position in nuclear negotiations with Iran. 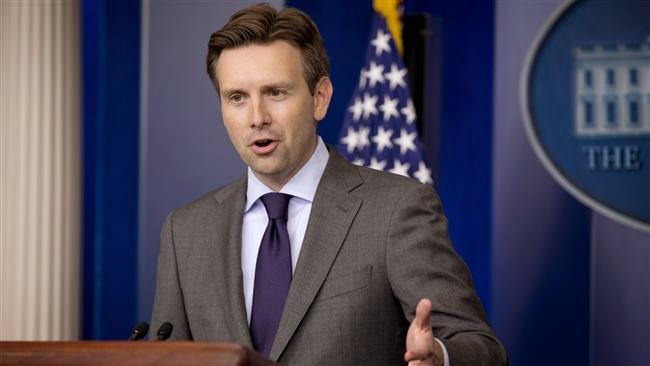 Press TV: “There's no question that some of the things that the Israelis have said in characterizing our negotiating position have not been accurate. There's no question about that,” White House spokesman Josh Earnest told reporters on Wednesday.
Earnest accused Israel of "cherry-picking" intelligence information that distorts the US position.
"We've also been very clear about the fact that the United States is not going to be in a position of negotiating this agreement in public, particularly when we see that there is a continued practice of cherry-picking specific pieces of information and using them out of context to distort the negotiating position of the United States,” he said.
Iran and the P5+1 states - the US, France, Britain, Russia, China and Germany - are in talks to narrow their differences and pave the way for a final, long-term accord aimed at putting an end to the 12-year-old dispute over Tehran’s nuclear energy program. 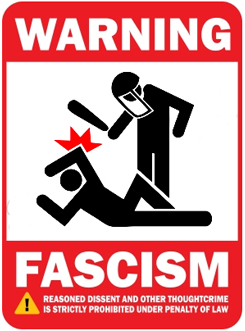 By Don Quijones: As political branding exercises go, the marketing of the Transatlantic Trade and Investment Partnership (TTIP) has been a disaster from day one, particularly in Europe. In the space of less than two years, the negotiators of the trade deal between the US and the EU have managed to alienate just about every European citizen who is aware of the trade agreement, which, unfortunately, is to say not many.
Despite its extensive implications, TTIP has generated relatively little coverage, not least because negotiations are shrouded in secrecy and conducted almost exclusively with corporate lobbyists. Indeed, so clandestine are the talks that the few Members of the European Parliament that are granted access can only view the plans in their original documentation, in a secure location, with the threat of espionage charges hanging over them if they are caught making copies or sharing the details with the public.