Would You Marry A Jihadist For A Jar Of Nutella?

Russell Brand's reaction to news that three teenage girls have disappeared from London and are suspected to be on their way to Syria to join IS.
Posted by Angelo Agathangelou at 9:45 pm No comments: Links to this post

Whatever Became Of Economists And The American Economy

According to the official economic fairy tale, the US economy has been in recovery since June 2009. 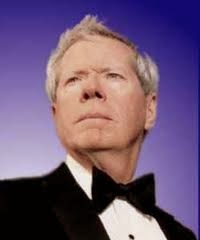 By Paul Craig Roberts: This fairy tale supports America’s image as the safe haven, an image that keeps the dollar up, the stock market up, and interest rates down. It is an image that causes the massive numbers of unemployed Americans to blame themselves and not the mishandled economy.
This fairy tale survives despite the fact that there is no economic information whatsoever that supports it.
Real median household income has not grown for years and is below the levels of the early 1970s.
There has been no growth in real retail sales for six years.
How does an economy dependent on consumer demand grow when real consumer incomes and real retail sales do not grow?
Not from business investment. Why invest when there is no sales growth? Industrial production, properly deflated, remains well below the pre-recession level.
Not from construction. The real value of total construction put in place declined sharply from 2006 through 2011 and has bounced around the 2011 bottom for the past three years.

Read more »
Posted by Angelo Agathangelou at 8:34 pm No comments: Links to this post

MGTOW might be in for a big surprise. Jasmine Davidson showed up in the comments of a previous video to tell all of you what you're missing out on. Feminism LOL

A Short Spoken Word piece performed & edited by Joshua. GlobalFaction
Posted by Angelo Agathangelou at 5:19 pm No comments: Links to this post

Making Me Pay For My Crimes Would Send “Message of Uncertainty to the Markets”: Bankster President To Spanish Judge

“It’s just a matter of time before injustice prevails…”
By Don Quijones:  A Spanish judge by the name of Fernando Andreu recently violated one of the most important unwritten rules of global finance: namely, that banks and bankers are effectively immune to all laws of all lands (barring, of course, Iceland). As I reported roughly 10 days ago, Andreu had ordered Bankia, its parent company state-owned BFA, the bank’s former chairman, Rodrigo Rato, and three other former directors to pay an €800 million civil liability bond for signing off on fraudulent financial statements in the run up to the bank’s 2011 IPO.
If the defendants fail to cough up the full amount before March 13th, the authorities will embargo assets belonging to them with the equivalent market value. With the clock ticking down and the days flying by, it was just a matter of time before the defendants hit back – and hard!
The Bankster Alibi
The first to hit back was Rodrigo Rato, the bank’s former chairman and one-time IMF president. In a 75-page notice of appeal that was leaked to the Spanish press, Rato cautioned that Judge Andreu’s “premature” decision to force the six defendants to compensate the thousands of shareholders they are accused of defrauding could end up provoking a “much greater evil” than that it is supposed to address.

Former US congressman Ron Paul says Republican Senator John McCain should have stayed home instead of making several visits to Ukraine and encouraging protesters to oust the government.

Press TV: “Senator John McCain made several visits to Kiev and even addressed the crowd to encourage them,” Paul wrote in an article published on his website on Sunday.
“What if John McCain had stayed home and worried about his constituents in Arizona instead of non-constituents 6,000 miles away,” he asked.
The former congressman shed light on the foreign intervention which brought Ukraine to “its current, seemingly hopeless situation,” comparing it with an imaginary situation in which Russian President Vladimir Putin “came to Washington to encourage protesters to overthrow the Obama administration.”

Read more »
Posted by Angelo Agathangelou at 3:20 pm No comments: Links to this post

The Incapables In Portugal: Isabel Feio Speaks About Us In #MariaCapaz

By Aldir Gracindo: Isabel Feio offered a feminist analysis of the men’s movement at the “incapables” feminist site. [1] For a feminist, she didn’t do that badly. Still, in keeping with feminist norms,  she is intellectually dishonest.
It is true that the men’s movement, in which identified masculinists are included, has in part emerged as a consequence of the institutionalized anti-male bigotry propagated by feminist ideologues. The reaction of men and the women who care about them is further fueled by disciminatory policies being adopted at the state level internationally.
That reaction still comes as somewhat of a shock to feminists, and indeed to society at large. Men generally have no tendency to stand up for themselves monolithically. They’re expected (and historically comply) with the mandate to fight for church, state and family, but never for themselves or their fellow men as an identified demographic.

Read more »
Posted by Angelo Agathangelou at 2:19 pm No comments: Links to this post

Most People Are Slaves And They Don’t Even Know It 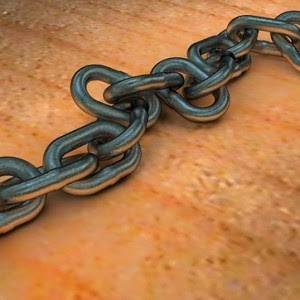 By Michael Snyder: Most people spend their lives working for others, paying off debts to others and performing tasks that others tell them that they “must” do.  These days, we don’t like to think of ourselves as “servants” or “slaves”, but that is what the vast majority of us are.  It is just that the mechanisms of our enslavement have become much more sophisticated over time.  It has been said that the borrower is the servant of the lender, and most of us start going into debt very early into our adult years.  In fact, those that go to college to “get an education” are likely to enter the “real world” with a staggering amount of debt.  And of course that is just the beginning of the debt accumulation.  Today, when you add up all mortgage debt, all credit card debt and all student loan debt, the average American household is carrying a grand total of 203,163 dollars of debt.  Overall, American households are more than 11 trillion dollars in debt at this point.  And even though most Americans don’t realize this, over the course of our lifetimes the amount of money that we will repay on our debts is far greater than the amount that we originally borrowed.  In fact, when it comes to credit card debt you can easily end up repaying several times the amount of money that you originally borrowed.  So we work our fingers to the bone to pay off these debts, and the vast majority of us are not even working for ourselves.  Instead, our work makes the businesses that other people own more profitable.  So if we spend the best years of our lives building businesses for others, servicing debts that we owe to others and making others wealthier, what does that make us?

Read more »
Posted by Angelo Agathangelou at 4:54 am No comments: Links to this post

By Dublin Eileen: Modern Ireland’s ‘Ancien Régime’ is manifesting. Proposed airport style security for parliament building (Leinster House) will see visitors scanned and x-rayed before entry. Double layers of huge fencing  were mounted around the venue for ruling party Fine Gael’s Ard Fheis (national Rally) in the Prime Minister’s hometown of Castlebar. Bus loads of protesters from Mayo and surrounding counties demonstrated outside. Catherine Byrne TD (Fine Gael) suggested that Irish people who protest austerity should not be allowed to carry our national flag. The Tricolour was presented as a gift in 1848 to Thomas Francis Meagher from a small group of French women sympathetic to the Irish cause. (Nowadays it’s only for the bankster compliant to use). Ms.Byrne’s statement has gone down like a rat sandwich across social media. In leafy Irish suburbs it’s become de rigeur to more or less enslave au pairs. I guess Fine Gael will allow these families to raise the Tricolour. An avalanche of repossessions are to take place over the next 24 months with US Funds eying up the loan book.

Incarcerated last week, the jailed water protesters (who breached a 20m court order while peacefully protesting) are reportedly under a complete lock down (solitary).They have been moved to the high security prison normally reserved for rapists, pedophiles and murderers.