An Open Letter To H.E. Prime Minister Thorning-Schmidt Of Denmark, President Hollande Of France And To European Jewry 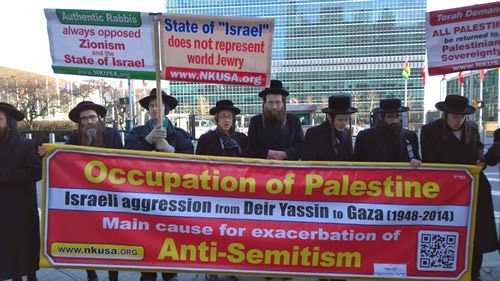 With the help of the Almighty,
To Your Excellencies and to our esteemed Jewish brethren, may the Almighty protect and bless you all.
After the recent tragic events in France and Denmark, the Israeli Prime Minister has called for "massive immigration" of European Jews to Israel.
Once again the Israeli PM presented himself and his state as the guardians and saviors of World Jewry. Of course, as always he professes himself and his State as if they speak in the name of World Jewry including in the Holy Land.
The Zionists pride themselves on saving Jews while in fact they are the greatest danger for Jews and by far the greatest cause of the exacerbation of anti-Semitism worldwide.
The Zionist project of settling in the Palestinian's land is the cause of the deep-rooted hate, bloodshed and suffering of non-Jews and Jews alike. This horror is taking place in a land where Jews have historically, until the advent of Zionism, lived in peace and harmony with their non-Jewish neighbors, both Muslim and Christian.
The recent vile and arrogant public statements by the Israeli PM are calculated to bring masses of Jewish immigrants to his state thereby further aggrieving the Palestinians expeditiously and exacerbating anti-Semitism worldwide.

Read more »
Posted by Angelo Agathangelou at 9:37 pm No comments: 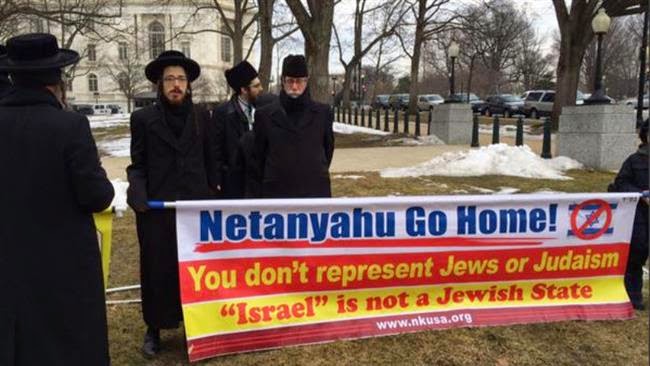 Press TV: Stephen Lendman, a writer, syndicated columnist, peace activist and radio show host in Chicago, made the remarks in an interview with Press TV on Wednesday while commenting on the Israeli premier’s this week visit to Washington, DC.
Lendman said Netanyahu’s speeches at the Israeli lobbying group AIPAC on Monday and at the US Congress on Tuesday “were anti-Iranian rants.”
The peace activist said his visit did “more damage to US-Israeli relations than any Israeli leader in the history of [Israel/JSIL].”
US House of Representatives Speaker John Boehner invited Netanyahu to speak to Congress. The invitation was extended hours after Obama threatened to veto any sanctions legislation against Iran during his State of the Union address in January.

Read more »
Posted by Angelo Agathangelou at 8:30 pm No comments:

By Raúl Ilargi Meijer: From what I read in the press every day, as well as from private communication, a pretty wide divide seems to appear between what many people think the Syriza government in Athens should do, and what they actually can do at this point in time. It should be useful to clarify what this divide consists of, and how it can be breached, if that is at all possible.
In particular, many are of the opinion that Greece cannot escape its suffocating debt issues without leaving the eurozone and going its own way, reintroducing the drachma and defaulting on much of its €240 billion debt. Those who think so may well be right. But right now that is mostly irrelevant. Because Alexis Tsipras and his men and women simply don’t have their voters’ mandate to go down that road. They may at some time in the future, but they don’t today. The expectations are too great, and certainly too immediate.
If Syriza wants to achieve anything, it will need to stick to democratic principals and procedure. Every important decision, and every – even slight – change of course will need to be laid out before either the Syriza fraction in Parliament, the entire parliament, or the Greek population as a whole, to vote on. The government looks to be sticking to this principle as solidly as it seeks to stick to its mandate. None of that grey wiggle room that is so typical in most political systems.

Read more »
Posted by Angelo Agathangelou at 6:03 pm No comments:

Christina Hoff Sommers Talk At UCLA To Be Boycotted

By Paul Elam: Christina Hoff Sommers, author of “Who Stole Feminism?” and “The War Against Boys,” is scheduled to speak tomorrow at UCLA. Campus feminists are organizing a boycott. The talk, hosted by the Federalist Society of UCLA Law, is entitled, “Freedom Feminism: The Best Way Forward in the Gender Wars.” It has raised the ire of campus group, “Law Women of UCLA.” (LWU)
They are couching their objections to Sommers and her speech from a bedrock of lies. I am going to take a moment to correct the misinformation and then move on to the larger lesson.
First, LWU claims, “In January, 2014, Dr. Sommers wrote an article for the men’s rights activism (MRA) website, A Voice for Men,”
This is false. Dr. Sommers has never written anything for AVFM. She did agree to AVFM republishing one or two of her works which were already published by other entities. Much in the same way we have republished work from Dr. Murray Straus, Dr. Gerhardt Amendt and a host of other notable people. That does not constitute writing for AVFM, and I would wager that the author of the LWU piece is, or should have been aware of this.
The statement goes on to indirectly tie Dr. Sommers to WhiteRibbon.org, calling it a copycat site. Two lies for the price of one. Dr. Sommers has no relationship whatsoever to WhiteRibbon.org. Also, it is not a copycat site. WhiteRibbon.org is a website run by domestic violence pioneer Erin Pizzey. Pizzey is the woman who started the shelter movement for battered women and children in 1971. 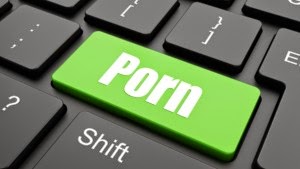 Five years ago, the General Services Administration (GSA) spent more than $800,000 on a lavish conference in Las Vegas. They were served 1,000 sushi rolls costing $7 each and a clown and mind reader were hired for entertainment. Two managers were initially fired but got their jobs back after the MSPB reversed the decision.
The GSA was ordered to “cancel the appellants removals” and give them back pay plus interest. Meanwhile, the organizer of the convention was never technically fired. He was allowed to retire.

Read more »
Posted by Angelo Agathangelou at 11:50 am No comments: 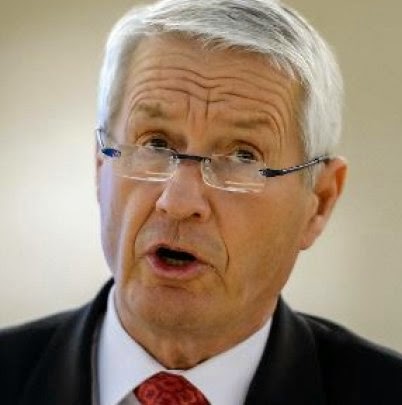 Submitted by Tyler Durden: Back in 2009, just months after his swearing in, president Barack Obama was crowned with an unexpected glory: he won the Nobel Peace Prize for 2009 due to "his extraordinary efforts to strengthen international diplomacy and cooperation between peoples." Back then there was little indication that just a few years after his crowning achievement of "ending the war" in and returning US troops from Iraq, he would send US troops right back in Iraq for the 3rd US invasion of the country in three decades, but also send out US troops across the globe, and launch the second cold war, pushing the world to the brink of another "large scale war." Those who wish to read Obama's teleprompted and ghostwritten acceptance speech can do so here.

Read more »
Posted by Angelo Agathangelou at 9:41 am No comments:

The UK government’s economic policies apparently cooked up in a crack den - literally! Tabloids in the UK have footage of the Chancellor’s top economic adviser smoking crack. They look at the economic policies this man may have been pushing and at how they cause effects very similar to those of crack cocaine.

Read more »
Posted by Angelo Agathangelou at 8:40 am No comments:

Morris
Read more »
Posted by Angelo Agathangelou at 7:34 am No comments:

Political Class Are Dividing Our People

Sky News interview George Galloway MP on media, rhetoric and political class dividing rather than uniting communities.
Posted by Angelo Agathangelou at 4:48 am No comments:

US President Barack Obama will not watch Israeli Zio-Nazi Prime Minister Benjamin 'the butcher' Netanyahu bull shit to a joint session of Congress on television. 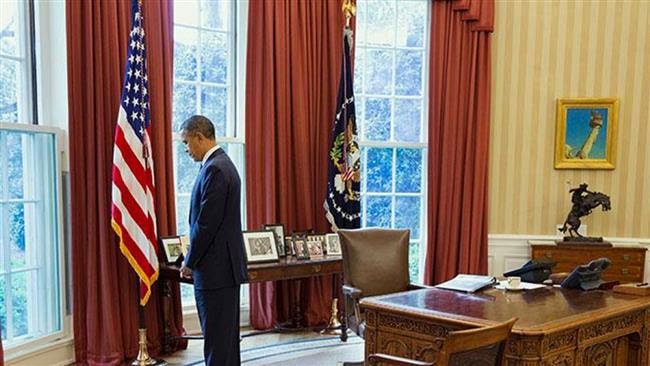 Press TV: A senior White House adviser told CNN journalist Gloria Borger that Obama would be in a meeting during Netanyahu's speech on Tuesday at 11:00 a.m., CNN anchor Jake Tapper reported on Monday night.
White House spokesman Josh Earnest also indicated that Obama will skip Netanyahu's address.
"I haven't looked at the president's schedule for tomorrow," Earnest said on Monday. "I doubt that he will spend his whole time watching the speech."
The Israeli premier, at the invitation of US House Speaker John Boehner, is scheduled to address Congress. He is expected to use the podium to warn about the “threat” of an emerging nuclear accord with Iran. The White House has denounced the speech as a “breach of protocol.”
Tensions have escalated between the United States and Israel over Netanyahu’s congressional address, which has been arranged without consultation with the White House.

US Water Wars Are Coming

By James E. Miller: Does a warning mean anything if nobody listens?
With the precarious case of Lake Mead, doomsayers never seem to break the surface. For years, reports of the lake’s declining levels have popped up in the news. Yet residents of the surrounding area still refuse to listen. The latest report from the Interior Department is very troublesome: there is a 20% chance of water shortages for Nevada and Arizona in 2016 if the lake maintains current levels. 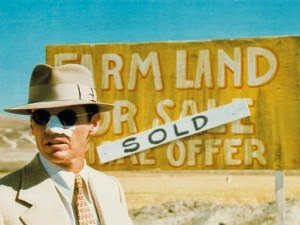 Lake Mead, if you are unaware, provides 90% of the water to Las Vegas. It is also a crucial water source for Los Angeles and major cities in Arizona. Thus, it’s easy to see why residents of Nevada and surrounding states have an interest in the viability of the lake to sustain itself. News of drought or weakening levels should be cause for alarm. Often times, attention is roused with reports that water may become scarce in the immediate future. But that scare usually dissipates when rain comes, essentially washing away the fear of future paucity.
There is an assumption by people living in the southwestern United States that water shortages are a naturally-caused phenomenon. A coworker of mine who hails from the region recently informed me that most Nevada citizens don’t understand the underlying forces driving the water crisis. They ignore the fact that the present situation is unsustainable. Worse yet, they don’t see the real culprit behind a continual lack of H2O: the government.

Read more »
Posted by Angelo Agathangelou at 1:27 am No comments: