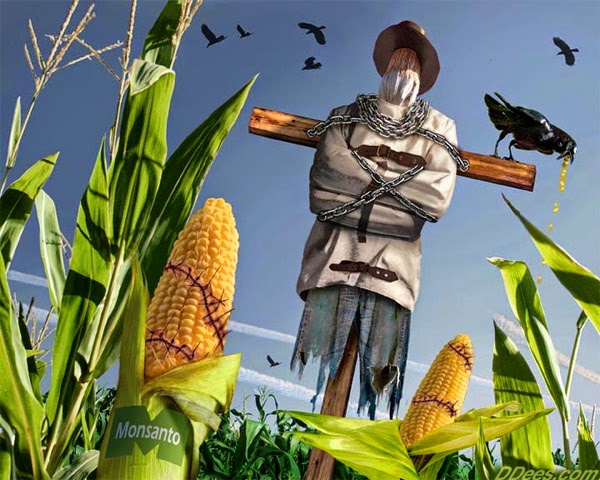 By Don Quijones: The global food wars are heating up. As I reported last September, Mexico is on the frontline of one of the most important global battles – the battle for the control and ownership of seed stocks.
In 2013 a collective of 53 scientists and 22 civil rights organizations and NGOs brought a lawsuit against some of the biggest players in the biotech industry. To everyone’s surprise the presiding judge in the case – a man by the name of Jaime Manuel Marroquín Zaleta – ruled in the litigants’ favor, suspending the granting of licenses for GMO field trials sought by Monsanto, Syngenta, Dow, Pionner-Dupont, and Mexico’s Environment and Natural Resources Ministry (Semarnat).
In defending his ruling, Zaleta cited the potential risks to the environment posed by GM corn. If the biotech industry got its way, he argued, more than 7000 years of indigenous maize cultivation in Mexico could be endangered, with the country’s 60 varieties of corn directly threatened by cross-pollination from transgenic strands.
In a world in which Monsanto is long-accustomed to pushing its weight and getting its own way, especially in Washington, Zaleta’s ruling represents a rare snub. Because of the ruling’s judicial nature, Mexico’s unashamedly pro-GMO government has little choice but to grudgingly respect Zaleta’s decision, writes Antonio Torrent Fernández, the president of Mexico’s Union of Scientists Committed to Society (ACCS), one of the organizations that brought the original lawsuit against Monsanto & Co: 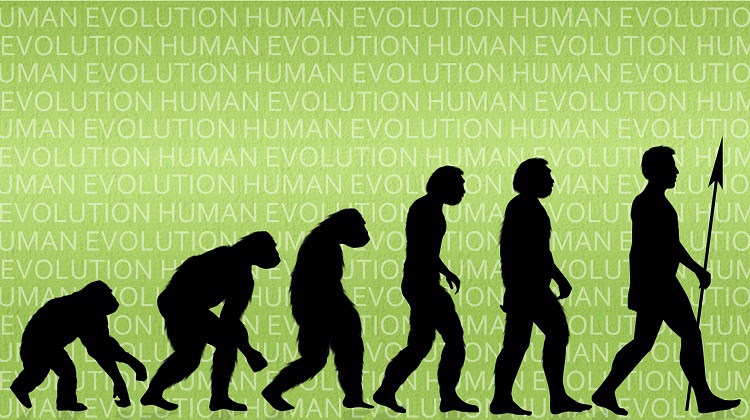 By Paula Wright: My area of research is cross-disciplinary and includes, but it isn’t limited to, evolutionary anthropology, palaeoanthropology, psychology, biology, ecology, primatology and gender studies. For brevity’s sake, I refer to this as Darwinian Gender Studies (DGS). This area represents to me, the consilience of the natural and social sciences, as envisioned by E.O.Wilson. DGS is informed by a rationalist perspective not the more traditional orthodox feminist model of post modernism and social constructionist theory. My PhD thesis will be developing an evolutionary, bio-cultural model of what orthodox feminists call “patriarchy“. I won’t post my whole thesis here – but I will  give a general précis of my research interests (including a paper I have co-authored here) and why I believe they are very important today, in a time where political correctness, social justice and toxic feminism  has taken us deep down the post-modern rabbit hole.
Read more »
Posted by Angelo Agathangelou at 9:08 pm No comments: Links to this post

'It’s literally like giving people with the mental capacity and wisdom of an infant, nuclear weapons and telling them to go crazy.' Michael Krieger. 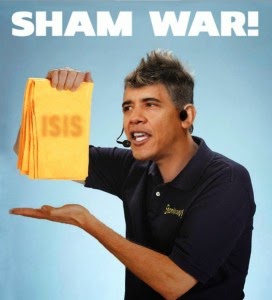 U.S.-trained and armed Iraqi military units, the key to the American strategy against ISIS, are under investigation for committing some of the same atrocities as the terror group, American and Iraqi officials told ABC News. Some Iraqi units have already been cut off from U.S. assistance over “credible” human rights violations, according to a senior military official on the Pentagon’s Joint Staff.
The U.S. is shipping almost $1 billion in weapons, as well as providing U.S. military trainers to instruct new Iraqi recruits. A special operations official in Baghdad, however, said it’s the government of Iraq that decides — not the Pentagon — which Iraqi units get U.S.-donated weapons, such as 43,000 M4 rifles and thousands of other light infantry weapons Congress approved for shipment in December.
“Ministry of Interior officials tortured detainees to death, according to reports from multiple government officials and human rights organizations,” read the annual report. The Bureau explicitly fingered the Iraqi Counter-Terrorism Forces and Interior Ministry’s special police units — which the U.S. established, trained and armed from 2003-2011, and whose troops are seen in many of the atrocities images.

By Prentice Reid: In a previous article I exposed the largest feminist group in existence, the National Organization for Women (NOW), consistently opposing shared parenting bills that would ensure capable fathers had equal time with their children. In this article I will illustrate NOW’s repeated declaration that government programs to help fathers were unconstitutional because they did not include women. 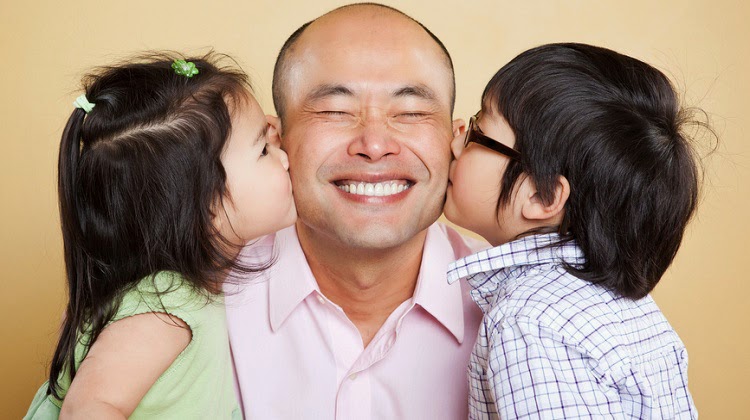 The first instance of NOW opposing a program designed to help fathers was in 1999 where they declared that a bill created for a program called Fathers Count was unconstitutional because the program did not include women. The only purpose of the program was to help unemployed fathers find jobs so that they could pay child support and avoid jail-time. Here’s a direct quote straight from NOW explaining why they opposed the bill:

“Because they(the bill’s authors) tie the Federal benefits available under the act to gender(i.e. “fatherhood”) these provisions violate the equal protection guarantee of the Fifth Amendment to the Constitution”

NOW didn’t even attempt to hide their gynocentric bias in their explanation about why they were opposing the bill.

Read more »
Posted by Angelo Agathangelou at 4:34 pm No comments: Links to this post

“Rothschilds - Fact Or Disinformation To Protect The Guilty?” 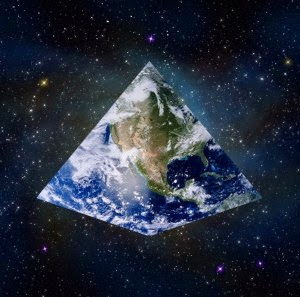 By Michael Krieger: Regular Liberty Blitzkrieg readers will be aware that I very much enjoy reading the opinions of Martin Armstrong, a man with such an interesting and unique life story, I won’t even attempt to do it justice here. Not only have his major “macro turn dates” impressed me all the way back to my prior career on Wall Street, he doggedly refuses to limit his thinking to any type of narrow minded, dogmatic viewpoint, no matter what genre of viewpoint that may be. While I disagree with him on several issues, he tends to see the realities of the macro world around us from a perspective quite similar to my own. He doesn’t try to make world events fit into a predetermined viewpoint, but rather tries to look at each distinct global event or emerging meme with as little bias as possible.
Within the anti-establishment world in which I proudly reside, many people look for simplistic narratives. Ironically, these narratives are often as silly and narrow-minded as those who pledge allegiance to the fraudulent Republican or Democratic parties. For some, it’s the Jews. If you don’t think the Jews run the world and are the root of all evil, you must be a CIA shill or “working for them.” For others, it’s the Arabs or Muslims, and so on and so forth. Another bizarre obsession is this notion that a small group of families hiding in the shadows hold all the real money and power on earth, and that these are the ones actually ordering the billionaires around. The family most often named as the kingpins of this pyramid are the Rothschilds.

Read more »
Posted by Angelo Agathangelou at 12:50 pm No comments: Links to this post

Relating To Men: Why I'm An MRA

Jasmin Newman explains the reasons why she is a firm advocate of Men's Rights and is active in the community for change in Australia and around the world. "We all feel pain the same - and no one person's pain is any more valid than the others"

Tens of thousands of Americans have signed a petition to the White House demanding treason charges against 47 Republican senators who attempted to sabotage President Barack Obama's efforts to reach a nuclear accord with Iran. 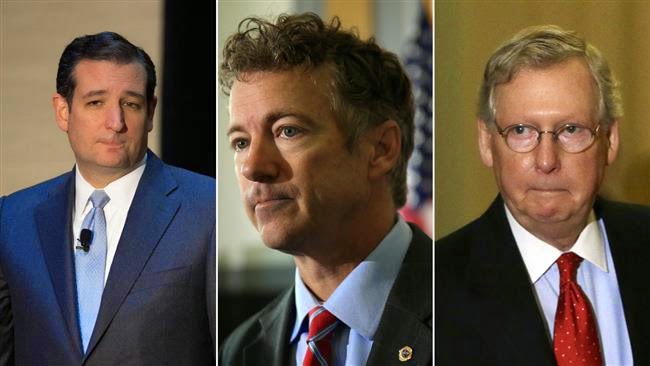 Press TV: Over 155,000 people by Wednesday had signed the petition against the senators who they say committed "treasonous" offenses by writing an open to Iran's leaders.
In a bizarre move on Monday, the Republican group ignored protocol and sent a letter to Iran, warning that whatever agreement reached with Obama would be a “mere executive agreement” that could be revoked “with the stroke of a pen and future Congresses could modify the terms of the agreement at any time.”
The White House has announced that it responds to such petitions when they achieve the 100,000-signature target.
The petition provides the Obama administration another opportunity to condemn the letter that appears at a time when US negotiators are preparing to return to Switzerland to participate in the nuclear talks between Iran and the P5+1 countries – the US, Britain, France, China, Russia, and Germany, which have entered a sensitive final stage.

Read more »
Posted by Angelo Agathangelou at 8:15 am No comments: Links to this post 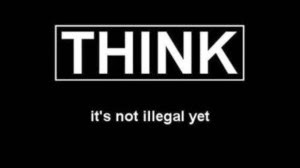 The Dissident Dad: Sixteen years ago, fresh out of high school, I remember forking over $3,800 to take a Carlton Sheets real estate coaching program. I desperately wanted to learn about buying real estate in order to make a living without going to college. Just months out of high school, at age 18, I bought my first rental property. However, it had nothing to do with the Carlton Sheets coaching program. Well, at least not the expensive portion I bought. The real value that helped me was a $99 packet of DVDs that was included. Through these videos and my own actions, I was able to acquire over a million dollars in real estate by age 22 with very little money.
At age 19, I took my one and only college class, “Real Estate Principles”, where I sat in a room with a hundred other kids and listened to dozens of lectures by our instructor. This will always go down as the biggest waste of time in my adult life.
For today’s kids, this type of education is an even greater misallocation of time and capital, because the unconventional means of education is 50x more efficient than it was fifteen years ago. And the best part: it usually costs you nothing.

Our Media Has Failed Us - Time For Something New.

"Taking a radical critical view of western lame-stream media."
Posted by Angelo Agathangelou at 1:56 am No comments: Links to this post