By Michael Kreiger: Libya has turned into a complete and total disaster zone/terrorist training camp ever since America and its allies decided to liberate it. While certainly not perfect under Qaddafi, it was an infinitely better place before NATO intervention than after. Not only that, but the entire justification for the “freedom” delivered to it by Western powers was, naturally, based on lies and propaganda. I covered this last month in the post, The Forgotten War – Understanding the Incredible Debacle Left Behind by NATO in Libya. Here’s an excerpt:
In retrospect, Obama’s intervention in Libya was an abject failure, judged even by its own standards. Libya has not only failed to evolve into a democracy; it has devolved into a failed state. Violent deaths and other human rights abuses have increased severalfold. Rather than helping the United States combat terrorism, as Qaddafi did during his last decade in power, Libya now serves as a safe haven for militias affiliated with both al Qaeda and the Islamic State of Iraq and al-Sham (ISIS). The Libya intervention has harmed other U.S. interests as well: undermining nuclear nonproliferation, chilling Russian cooperation at the UN, and fueling Syria’s civil war.
As bad as Libya’s human rights situation was under Qaddafi, it has gotten worse since NATO ousted him.

Read more »
Posted by Angelo Agathangelou at 11:11 pm No comments: Links to this post

Following reports of terrorist Israel’s espionage against US-Iran nuclear talks, it is time for the Obama administration to “declare Israel a nuclear state”, says Jim W. Dean, a columnist and political commentator based in Atlanta. 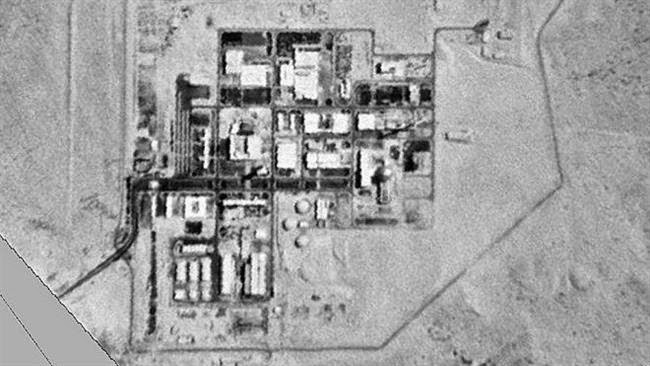 Orwellian UK BANNED Press TV: Current and former American officials told the Wall Street Journal on Tuesday the spying operation was part of a campaign by Israeli Prime Minister Benjamin Netanyahu to “penetrate the negotiations and then help build a case against the emerging terms of the deal.”
Dean told Press TV in a phone interview that “this comes as no surprise,” as Tel Aviv has been engaged in spy activities in the United States in other different areas including “industrial espionage to steal trade secrets”.
“Israel is a kind of parasite on the West. They have the right to just steal and take anything possible.”

“Men like a woman with a past because they hope that history will repeat itself.”
- Mae West

By Mumia Ali: In an age where it seems that every minute of one’s life can be used as reality-show fodder or ammo for a pet cause célèbre, I suppose it should come as no surprise that the latest tempest in a teapot controversy that is Hip Hop impresario Kanye West’s life has fueled such an endeavor – his one-time squeeze, Ms. Amber Rose, has announced that she will be hosting a Slutwalk all her own out in Los Angeles later this summer, in response to Mr. West’s “30 showers” remarks about her during a well-publicized radio interview he did last month.
The Slutwalks, for those out there who may not be aware, got their start up in the Great White North a few years back, and are ostensibly supposed to raise awareness of the high rates of rape and sexual assault against women, especially those who may dress or otherwise behave in “slutty” ways. Of course, the problem with such notions, is that the fantasy rarely comports with the facts.

Max Keiser and Stacy Herbert discuss the French being able to work 20 percent less to produce the same amount the average worker in Britain produces. Just as oil frackers must pump faster and faster, harder and harder to keep current on their debt repayments, so too must an overly burdened UK household in a speculative economy producing less and less value.

Read more »
Posted by Angelo Agathangelou at 7:21 pm No comments: Links to this post 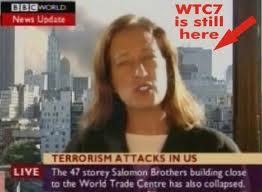 By EV: Horsham, UK, 2013 – Tony Rooke, in an act of civil disobedience, refused to pay the mandatory £130 TV license fee claiming it violates Section 15 of the Terrorism Act. Rooke’s accusation was aimed at the BBC who reported the collapse of WTC 7 over 20 minutes before it actually fell, and the judge accepted Rooke’s argument. While it was not a public inquiry into 9/11, the recognition of the BBC’s actions on September 11th are considered a small victory, one that was never reported in the US.
“Today was an historic day for the 9/11 truth movement,” Peter Drew of AE911Truth UK told Digital Journal, “with over 100 members of the public attending, including numerous journalists from around the UK as well as from across other parts of Europe.”


Read more »
Posted by Angelo Agathangelou at 4:40 pm No comments: Links to this post

Why Women Should Be Sympathetic To Men

By Rachael Lefler: I’ll start right off the bat by saying that I’m neither exceptionally sexy nor exceptionally beautiful in appearance. Men I’ve expressed such doubts or such a lack of confidence to have reassured me that I have this or that attractive feature. But I know that the reason that so many like me, and so many are attracted to me is not really about my looks. (I mean, if I really was better looking, I could make a living off of modeling, Hooters-type waitressing, stripping or being a cam girl, and I’m not quite there.)

No. The real reason many men seem to like me is simply that they can confide in me their darkest secrets, without me being judgmental or hateful in response. This seems so simple to me; I mean, we’re all human, we all make mistakes, and we all do things that we know are wrong or that feel icky to us later. Most everyone has a dark side to them that they’re not proud of. To me that means though that, if I can acknowledge my own faults and still love myself, it is second nature for me to do the same with others.
But it really seems to me that many of the men I’ve talked to online need someone sympathetic to talk to in a way that most women don’t. Perhaps it’s that women are able to cry on one another’s shoulders and express their emotional vulnerabilities with much, much less fear of being mocked and stigmatized for such. In fact, it may even be more beneficial to women to express psychological vulnerability, because it seems to make them more attractive, owing perhaps to the male instinct towards protectiveness.

Read more »
Posted by Angelo Agathangelou at 2:18 pm No comments: Links to this post

'It is high time that those in mainstream academia be challenged on the authoritarian mythology they continue to teach.' Larken Rose. So I am launching a Kickstarter project to do exactly that. (Watch the video for more details.) I encourage anyone who understands and embraces the concepts of self-ownership, non-aggression and voluntaryism to support and share this project.

In this episode of International Men’s Movement #5, Lucian Valsan and Paul Elam will be discussing Hungary. And by discussing I mean that Lucian will be delivering the information while Paul listens and learns. Paul Elam

Read more »
Posted by Angelo Agathangelou at 8:58 am No comments: Links to this post

Top White House officials have revealed that the apartheid Israeli regime began to spy on the closed-door nuclear negotiations between Iran and the P5+1 group last year in order to sink an agreement and encourage terrible war. 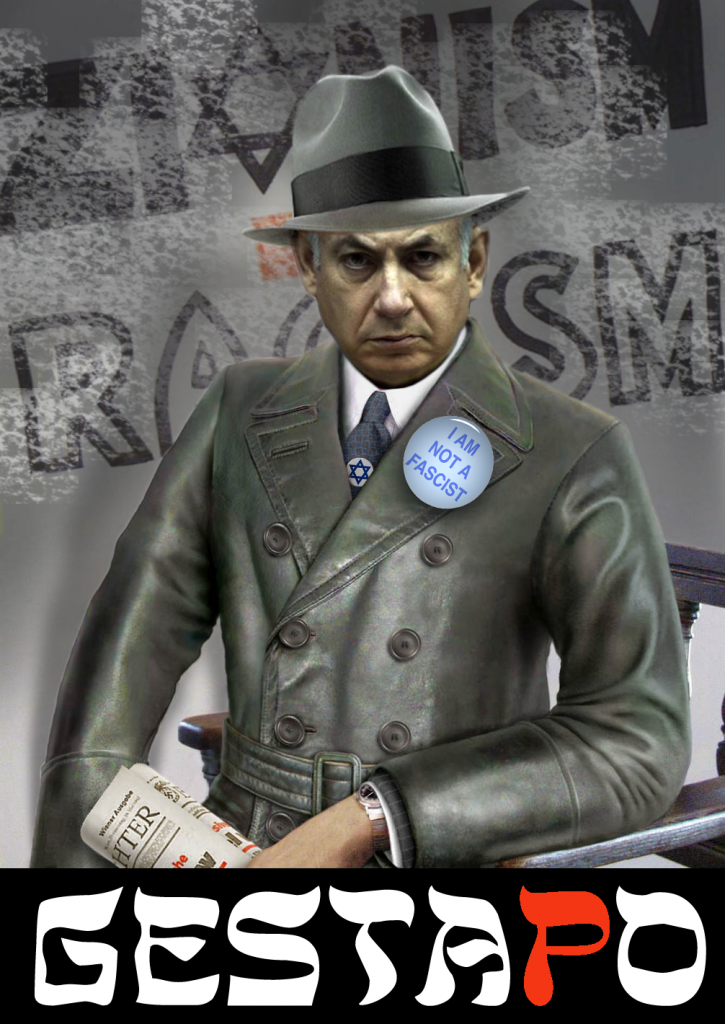 Orwellian UK BANNED Press TV: Current and former American officials told the Wall Street Journal the spying operation was part of a campaign by Israeli Prime Minister Benjamin 'The Baby Butcher' Netanyahu to “penetrate the negotiations and then help build a case against the emerging terms of the deal.”
The newspaper reported on Monday Israel was spying on the talks by eavesdropping and getting information from confidential US briefings, informants and diplomatic contacts in Europe.
According to the US officials, Israel shared information from the talks with American lawmakers and others to drain support from a nuclear agreement.
“It is one thing for the US and Israel to spy on each other. It is another thing for Israel to steal US secrets and play them back to US legislators to undermine US diplomacy,” an unnamed senior American official was quoted as saying by the Wall Street Journal.

Read more »
Posted by Angelo Agathangelou at 6:18 am No comments: Links to this post

By Ben Tanosborn: For years, Winston Churchill’s famous quote, “It has been said that democracy is the worst form of government except all the others that have been tried,” has served as Americans’ last word in any political discussion which requires validation of the US government, no matter how corrupt or flawed in its behavior, as the best in the planet, comparatively or by default.  Never mind the meaning that Mr. Churchill had intended back in 1947, or how the international political panorama has changed during the past seven decades.
These remarks were made by Britain’s prime minister before the House of Commons a few months before there was a changing of the guards in the “Anglo-Saxon Empire” as the Brits gave away their colonial hegemony in favor of the super-influential economic and military power represented by the United States.  And that was symbolically marked by Britain’s relinquishing its mandate in Palestine, and the creation of Israel.
Such reference to democracy in the quote, explicitly defining it as a “government by the people,” basically applied to Britain and the United States at the close of World War II; but such condition has deteriorated in the US to the point where the “common people” no longer have a say as to how the nation is run, either directly or through politicians elected with financial support provided by special interests, undoubtedly expecting their loyalty-vote.  Yet, while this un-democratization period in our system of government was happening, there were many nations that were adopting a true code of democracy, their citizens having a greater say as to how their countries are governed. 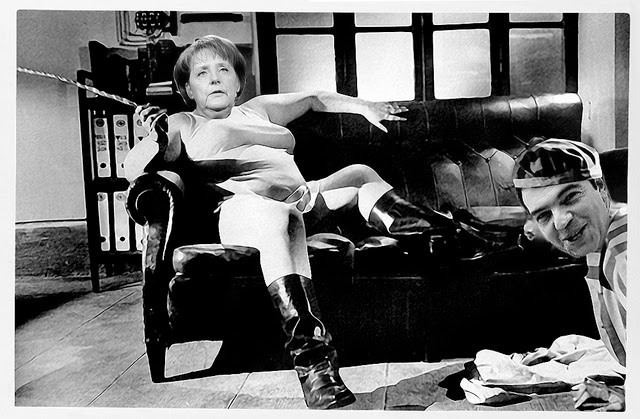 Alexis and Angie are meeting
It should be an interesting greeting
A leaf from a fig?
Or a seat with a pig?
Content to continue the beating
The Limerick King

corbettreport: Dan Dicks of PressForTruth.ca joins us today to discuss the current leader of the Liberal Party of Canada and potential future Prime Minister, Justin Trudeau. Riding on the coattails of his father and the support of a Canadian public sick of the long-running Harper government, Trudeau looks set to become Canada's answer to Obama's Hopenosis. But in a forthcoming documentary, Press For Truth prepares to blow the lid off of The Trudeau Deception.
Posted by Angelo Agathangelou at 1:18 am No comments: Links to this post