Senate Armed Services Committee Chairman John McCain has called it a “gimmick,” and Democrats complain that larding up the separate war funding bill with extra spending amounts to an “abusive loophole.” Yet so far, the massive increase is likely to remain in this year’s budget.
Another major criticism of the process has been its common use to fund favored projects and other items not directly tied to the war — a trend that has steadily grown over the years as the wars in Iraq and Afghanistan dragged on and the Pentagon loosened the definition of war-related spending.
From 2001 to 2014, nearly $71 billion of nonwar funding was provided through war appropriations, according to the Pentagon’s own definition, the nonpartisan Congressional Research Service reported in December. – From the Politico article: War Budget Might be Permanent ‘Slush Fund’ 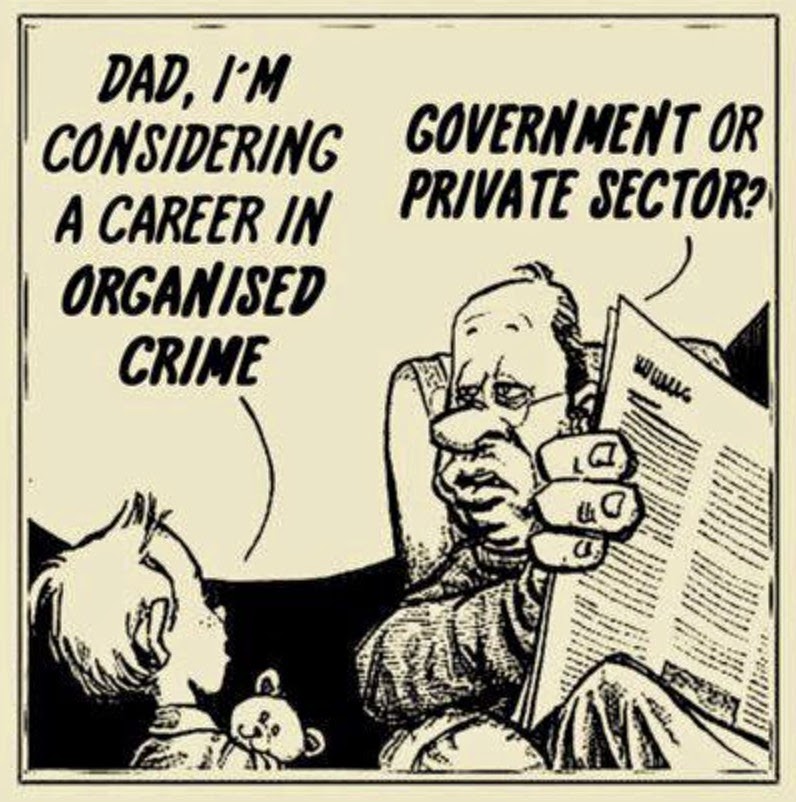 By Michael Krieger: Many people will read this post, and posts like it, and shrug their shoulders saying that there’s always going to be corruption. True; however, there are degrees of corruption. When empires such as the U.S. attain a certain level of corruption that reaches the point in which it becomes engrained within the fabric of society, and you couple that with zero accountability for the super rich and powerful, you have the ingredients for societal collapse. We are rapidly approaching this point, and I personally don’t think there’s any way to stop it.

Submitted by F4J: Prime Minister David Cameron today apologised to Fathers4Justice in the Evening Standard for wrongly accusing them of climbing on the roof of his Oxfordshire home. The Prime Minister had levelled the false charge against the men's rights pressure group in an interview with the paper last week. 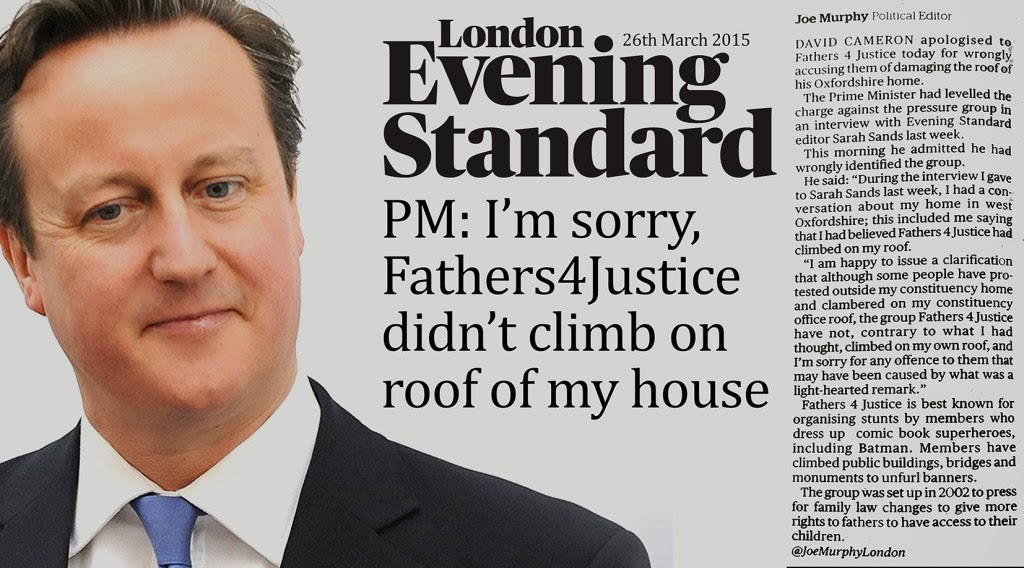 In a statement tonight, David Cameron said, “I’m sorry for any offence to them that may have been caused by what was a light-hearted remark.”

By Janet Bloomfield (aka JudgyBitch): Futrelle has a long, sad history of advocating for some truly sick shit, including the rape and torture of children “for art”, and skinning men to be used as glue, but he has outdone himself with his recent shitposting about how Paul Elam at A Voice for Men, and people in general who are concerned about the well-being of men and boys caused the tragic Germanwings plane crash.
Yes, that’s right – caring about the well-being of men and boys led to the depressed co-pilot slamming the Airbus A320 into the side of a mountain, killing everyone on board.

Read more »
Posted by Angelo Agathangelou at 9:24 pm No comments:

My Shout From The Pigeonhole: Review Of Dr. Michael Kimmel’s Talk At Kennesaw State University

By Sage Gerard (Victor Zen): Dr. Michael Kimmel, professor of Sociology and Gender Studies at Stony Brook University and the author of Guyland and Angry White Men, visited Kennesaw State University on March 24th, 2015 to deliver a speech. Several campus organizations sponsored Kimmel’s appearance, such as the KSU Interdisciplinary Studies Department, the Gender and Women’s Studies program, YESBody!, the Non-normative Anti-Assimilationist Students of KSU, and Kennesaw Pride Alliance, to name a few.
A recording of the speech is available on MediaFire, as is an interview ad-libbed by a Zen Men volunteer. I cannot possibly cover all of the material in one article, so I encourage everyone here to listen to the speech while taking a drive or cleaning the house.
The thesis of Kimmel’s speech is that men and women are more similar than they are different. Kimmel’s fans were nodding in sync to waves of validation, as evident by the googol sounds of “Mm-hmm!” or “That’s Right!” every time Kimmel verbally punctuated sound bites. As an architect of manufactured context that would give M.C. Escher motion sickness, Kimmel reports arguments that seem plausible only to those unaware of how ideological paradigms distort the scientific method.

Read more »
Posted by Angelo Agathangelou at 6:41 pm No comments:

"A construction tycoon left homeless after the ex wife wins 80% of his property in divorce. It has been upgraded, it is no longer the usual 50% cut, this time around they might as well take 80% of what you have." askluimarco

Read more »
Posted by Angelo Agathangelou at 3:43 pm No comments:

"If you're a man, you're not a proper human being, you're a subhuman monster." johntheother. Ontario Govt tells men they're subhuman filth: https://www.youtube.com/watch?v=c2ZSZ... "action plan at Ontario.ca/WhoWillYouHelp."

Read more »
Posted by Angelo Agathangelou at 2:26 pm No comments: 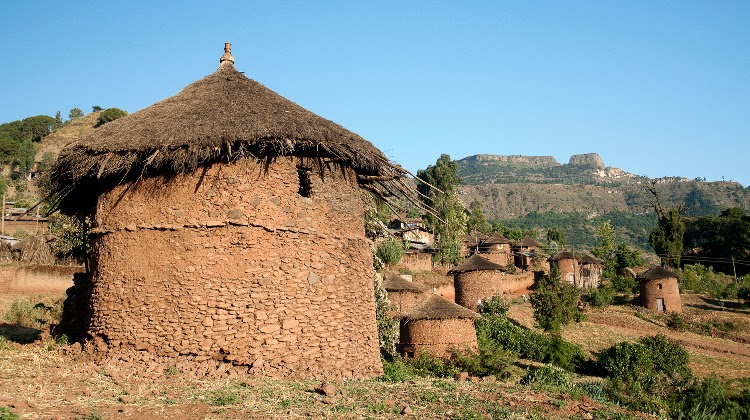 By Robert Brockway: There is a medical condition that is easily corrected, is debilitating if not corrected, is generally cheap to correct, and only affects women. It is a huge problem in the developing world, currently thought to affect over two million women.[1]
Many developing countries lack the infrastructure to correct this condition among the many women who are impacted. Despite being easily and cheaply corrected, many of the women who live in these countries can’t afford to pay for the operation to correct this condition.
The condition is known as an obstetric fistula. It normally occurs as a result of complications in giving birth and results in a tear between the vagina and the bladder or the vagina and the rectum. This results in urine or feces being discharged by the woman through the vagina. Women afflicted by this condition are unfortunately often ostracised by their communities. Even those that are not excluded from their communities are effectively housebound due the nature of the condition. Naturally this can result in a variety of mental and physical ailments.
In contrast, women in wealthy countries rarely have to concern themselves. Although very rare, obstetric fistulas still happen occasionally as a result of birth complications in wealthy countries but they are normally fixed quickly after the birth with a small operation.
The cost to correct an obstetric fistula is estimated to be around US$100-400 per patient in the developing world.[2]

Read more »
Posted by Angelo Agathangelou at 12:52 pm No comments:

By Michael Snyder: Did you know that the Russians have a massive underground complex in the Ural mountains that has been estimated to be approximately 400 square miles in size?  In other words, it is roughly as big as the area inside the Washington D.C. beltway.  Back in the 1990s, the Clinton administration was deeply concerned about the construction of this enormous complex deep inside Yamantau mountain, but they could never seem to get any straight answers from the Russians. 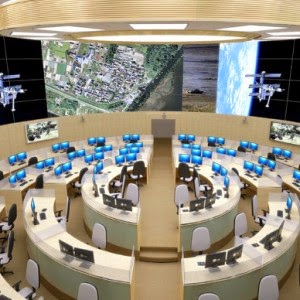 The command center for this complex is rumored to be 3,000 feet directly straight down from the summit of this giant rock quartz mountain.  And of course U.S. military officials will admit that there are dozens of other similar sites throughout Russia, although most of them are thought to be quite a bit smaller.  But that is not all that the Russians have been up to.  For example, Russian television has reported that 5,000 new emergency nuclear bomb shelters were scheduled to have been completed in the city of Moscow alone by the end of 2012.  Most Americans don’t realize this, but the Russians have never stopped making preparations for nuclear war.  Meanwhile, the U.S. government has essentially done nothing to prepare our citizens for an attack.  The assumption seems to be that a nuclear attack will probably never happen, and that if it does it will probably mean the end of our civilization anyway.
Needless to say, the Russians are very secretive about their massive underground facility at Yamantau mountain, and no American has ever been inside.

Read more »
Posted by Angelo Agathangelou at 6:53 am No comments:

By KTG: Greek Finance Minister Yanis Varoufakis is among the World Thinkers 2015. In a online voting poll conducted by the Prospect Magazine, Varoufakis comes second after French economist Thomas Picketty, whose book Capital in the Twenty-First Century had sold a remarkable 1.5m copies worldwide in several languages. 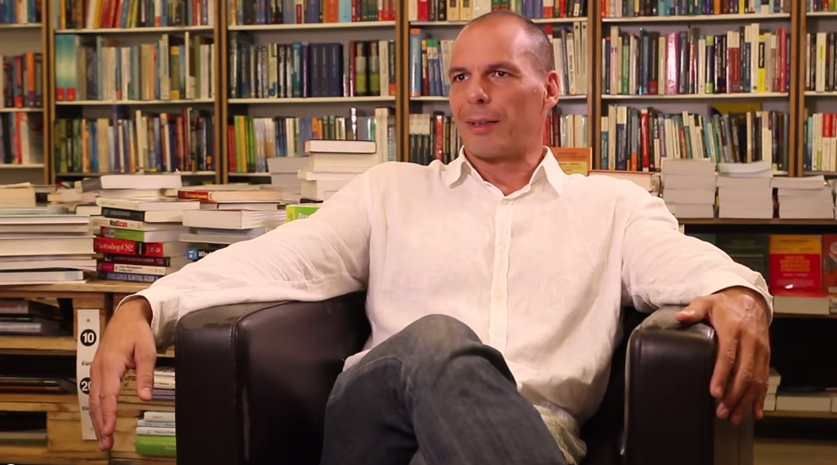 Several of the other thinkers in the top 10 are Yanis Varoufakis, Naomi Klein, Paul Krugman and Russell Brand as well as philosopher Juergen Habermas.
The magazine writes on Yanis Varoufakis:


“Syriza’s victory in January’s Greek general election was in no small part due to the efforts of Yanis Varoufakis, now installed as Finance Minister. Varoufakis, who holds a PhD in game theory from the University of Essex, and calls himself an “accidental economist,” first set out an alternative to German-imposed austerity in 2010. The restructuring of Greece’s debt that Varoufakis has been trying to sell to other eurozone leaders has its origins in those proposals. Whether Varoufakis succeeds in persuading Angela Merkel of its merits remains to be seen. The portents, however, are not auspicious—some European leaders are said to be tiring of Varoufakis’s habit of saying one thing in negotiations in Brussels and another to audiences at home.”

Read more »
Posted by Angelo Agathangelou at 4:11 am No comments: 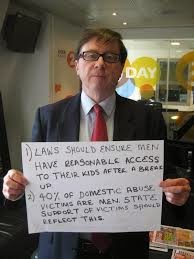 By Mike Buchanan: We’re not normally fans of petitions – men simply aren’t inclined to make a ‘contribution’ to a petition, even if it takes only seconds to sign – but this is one we can wholeheartedly support, and we warmly thank N for bringing it to our attention. 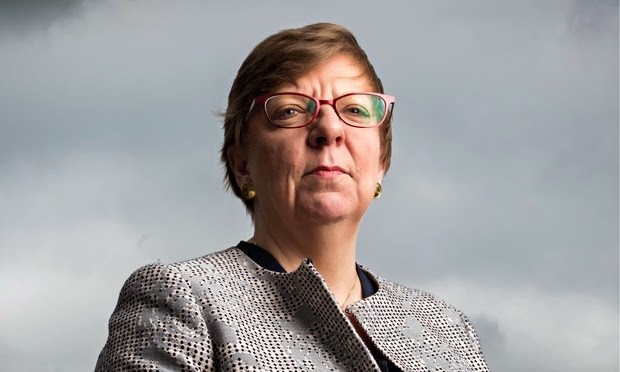 It’s a petition seeking the resignation of Alison Saunders, the odious radical feminist Director of Public Prosecutions, and there are only four days left to sign it. Please join me in signing it. Now. Thank you.

Read more »
Posted by Angelo Agathangelou at 2:30 am No comments:

Although some of the DEA agents participating in these parties denied it, the information in the case file suggested they should have known the prostitutes in attendance were paid with cartel funds. A foreign officer also alleged providing protection for the DEA agents’ weapons and property during the parties, the report said. The foreign officers further alleged that in addition to soliciting prostitutes, three DEA SSAs [special agents] in particular were provided money, expensive gifts, and weapons from drug cartel members. 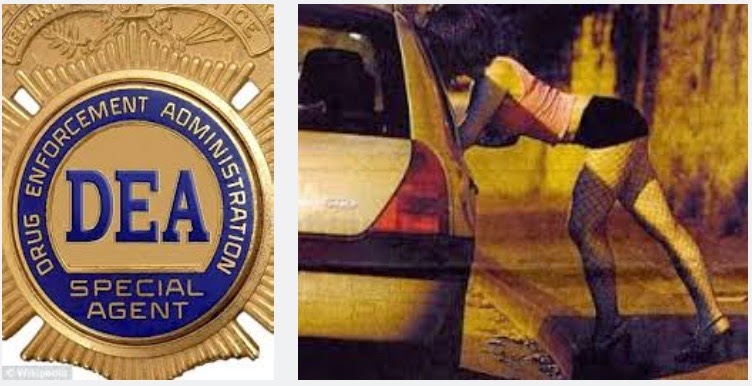 * A deputy U.S. Marshal “entered into a romantic relationship” with a fugitive’s spouse and would not break off the relationship for more than a year, even after being told by supervisors to end it.
* An ATF “Director of Industry Operations” had “solicited consensual sex with anonymous partners and modified a hotel room door to facilitate sexual play.” The ATF employee even disabled a hotel’s fire detection system, and when caught by the hotel, said he had done it before.
– From the Politico article: DEA Agents Had ‘Sex Parties’ with Prostitutes, Watchdog Says
By Michael Krieger: There’s no agency in government more vehemently opposed to ending the immoral and counterproductive “war on drugs” than the Drug Enforcement Administration (DEA). Now we know why.

Read more »
Posted by Angelo Agathangelou at 12:40 am No comments: