By The Dissident Dad: I was wiping off the dust from an old book that I read when I was just 15 years old. I thought I had lost it, but while cleaning out my garage, I discovered it at the bottom of a box, like buried treasure. This specific book changed my life. It was the key to everything my brain had told me was right, but I had never seen it in written words. The book was “Rich Dad, Poor Dad,” by Robert Kiyosaki. First self-published in 1997, somehow I got lucky and a friend who was in his 30s gave it to me as a gift.

Upon opening up this book that I hadn’t touched in 18 years, written in my handwriting was “free your mind.” It was a statement of faith I had declared to myself as a young man.
Since last fall, I’ve been writing Dissident Dad posts weekly, focusing on my personal struggle to raise 3 children in an environment where the America we were all told about and learned to love is completely in the past. It’s a totally foreign nation to anyone residing in the current police state run by an insane group of oligarchs, multinational corporations and lunatics in D.C.
Today, I want to change it up a bit and reach out to any young adults reading this post, or perhaps parents who are raising teenagers. With daily stories about college-aged kids being overwhelmed with debt and irrelevant degrees for today’s economy, I wanted to put together a list of 50 alternatives to going to college.

Iceland Stuns Banks: Plans To Take Back The Power To Create Money

By Raúl Ilargi Meijer: Who knew that the revolution would start with those radical Icelanders? It does, though. One Frosti Sigurjonsson, a lawmaker from the ruling Progress Party, issued a report today that suggests taking the power to create money away from commercial banks, and hand it to the central bank and, ultimately, Parliament.
Can’t see commercial banks in the western world be too happy with this. They must be contemplating wiping the island nation off the map. If accepted in the Iceland parliament , the plan would change the game in a very radical way. It would be successful too, because there is no bigger scourge on our economies than commercial banks creating money and then securitizing and selling off the loans they just created the money (credit) with. 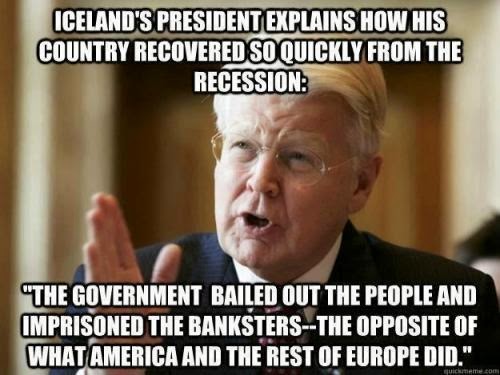 Everyone, with the possible exception of Paul Krugman, understands why this is a very sound idea. Agence France Presse reports:

Iceland’s government is considering a revolutionary monetary proposal – removing the power of commercial banks to create money and handing it to the central bank. 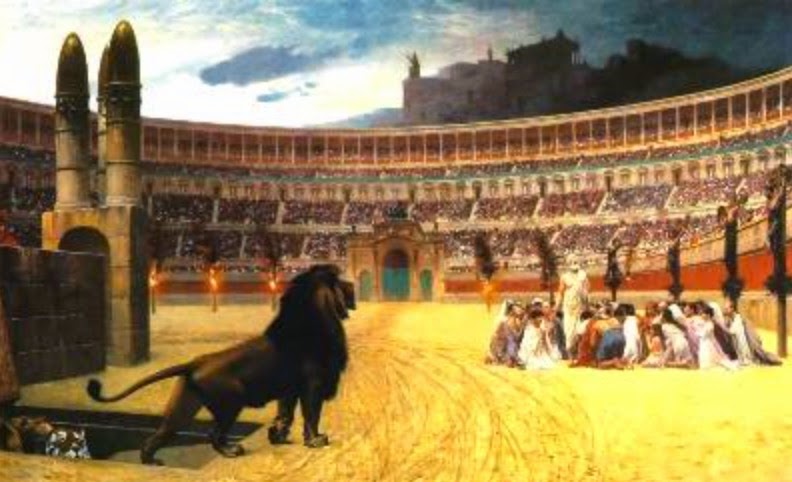 At just 150 pounds, it was hardly fair to pit Ricardo Palikiko Garcia against an opponent well over twice his size. But Garcia had to fight him — or else he’d allegedly face torture.


Like the gladiators of old, Garcia and others were forced into pugilistic matches, local authorities said. Four sheriff’s deputies then placed bets on their bouts.

“Deputy’s betting against me and forcing me to fight and if I don’t fight, then he’s basically telling me that he was going to beat me up, cuff me, Tase me all at once,” Garcia said in an audio recording.
Investigators fear the fights may have gone on for a while. For Garcia, there was a lead-up. Deputies forced him to do pushups to train for fights.

Read more »
Posted by Angelo Agathangelou at 8:00 pm No comments:

A Shocking Admission: "The Federal Reserve is a Criminal Conspiracy"

By Charles Hugh Smith: A spokesperson assured the assembled media that the Fed Board was "deeply concerned" about the American people, inflation, and the unemployment rate, but he was heckled off the stage. 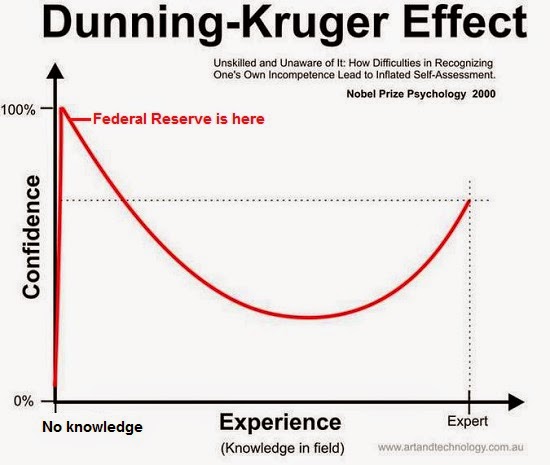 In an extraordinary admission, the Board of Governors of the Federal Reserve conceded that the Federal Reserve is "at heart a criminal conspiracy of bankers." The Board followed up this revelation with a breezy confession that the Fed "doesn't really give a rat's rear-end about the American people, and we're tired of having to claim we do."

Read more »
Posted by Angelo Agathangelou at 6:21 pm No comments:

Feminists Have Their Heads Up Their Cant

By Andrew DiKaiomata: Recently, an angry, hysterical feminist bigot with a history of compulsively lying, summarized a recent article as my allegedly writing, “…that all feminist are evil women who hate men.”  I searched through the article I wrote; never does the word “evil” even appear, nor do I ever imply that feminists are all women.  Yet that’s the best that this poor feminist with his unfortunately poor feminist reading comprehension skills can do.

That’s really all any feminist can do.  The often repeated “They hate teh wymynz” argument: conflating hateful feminist bigotry with women and claiming you are attacking women. I don’t need to point out how that reasoning is fallacious. What’s funny is the claim that only women can be feminists is a claim I’ve only ever heard from feminist bigots themselves. It makes you wonder; why do feminists have such bad reading and listening comprehension skills?


It seems to me their poor reasoning and reading comprehension skills are caused by feminist cant. Loaded language used to reinforce feminist ideology, especially its presuppositions.

Read more »
Posted by Angelo Agathangelou at 5:19 pm No comments:

Feminist Loses Her Mind When I Deny The Wage Gap

Over a week ago a feminist tried to challenge me on what i said about wage gap being fake. Even though I've paid very little attention to her since then, she's contacted me every day. Be warned, these people are obsessive psychos. Feel free to discuss this with her yourself if you want. Miss Misanthropist

Read more »
Posted by Angelo Agathangelou at 3:14 pm No comments:

A song all Men should hear; please do. M
Posted by Angelo Agathangelou at 12:21 pm No comments:

Sandman: "Hello Sandman, I was wondering if you could in your next video discuss the phrase “Bros before Hos” and THE FACT of how despite saying it, men still lack a collective sense of male brotherhood, whereas women don’t to that extent as men lack a sense of sisterhood.

Time To Put The Queen On A Zero Hour Contract!

Russell Brand's reaction to news that The Queen is facing the first ever industrial action by staff over "appalling" low pay and allowances.
Posted by Angelo Agathangelou at 7:10 am No comments:


By Terri Paddock:  I’m still reeling after the thrillingly heated and thought-provoking panel discussion I hosted last night at Trafalgar Studios 2. This was the second in a series of post-show events I’ve programmed around issues and themes raised in Jagged Fence’s explosive new production of Strindberg’s The Father, starring Alex Ferns.
We set a high benchmark with last week’s opening discussion. The subject then was “Feminism in the Age of Fifty Shades of Grey” and our expert guest speakers included Polly Toynbee.
Last night’s discussion – titled “Parenting Rights: Does Mummy or Daddy Know Best?” – met and exceeded expectations, with some particularly passionate and articulate reactions to the play care of Fathers 4 Justice spokesperson Darryl Westell, who has been fighting a 12-year legal battle to gain access to his son Joshua.

Read more »
Posted by Angelo Agathangelou at 5:49 am No comments:

Fathers4Justice: We are pleased to report we recently met with the Rt Revd Paul Butler, Bishop of Durham and Ross Matthewman from the Family and Childcare Trust to discuss Shared Parenting and fatherlessness and the impact this was having on children and families. Ross kindly provided a copy of the Parliamentary Inquiry into Parenting and Social Mobility which contained positive findings supporting the involvement of fathers in the development of children. The document found that fathers were often sidelined when family services were developed.
The Rt Revd Paul Butler, Bishop of Durham, said that fathers matter and that the social tide was turning towards the greater involvement of dads in the lives of their children. He explained that there was acceptance there was an issue and that the role of fathers was increasingly recognised by government.
Matt O’Connor asked the Bishop and the Family and Childcare Trust to consider supporting his campaign’s call for a 50/50 rebuttable presumption of Shared Parenting, which had formed the basis for Early Day Motion 210 which was supported by 104 MPs from all parties along with George Galloway’s Respect Party and UKIP, who had included it in their 2015 election manifesto.

J4MB And The International Business Times

By Mike Buchanan: About four weeks ago I was commissioned by International Business Times, a leading international online news service, to provide some balance in their output of pieces about gender-related matters. I would be free to write on any matters I wished, in a fortnightly column. The website already had two feminist commentators on gender-related matters, including Laura Bates of The Everyday Sexism Project, twice a winner of our ‘Lying Feminist of the Month’ awards. To the best of my knowledge, this was the first time that a men’s rights advocate anywhere in the world had been given a regular platform by the mainstream media.
I was commissioned to write pieces on men’s issues, with an open-ended contract, and I was looking forward to providing pieces for years to come. I started off with surely uncontroversial pieces. The first was on gender balance in corporate boardrooms. Nobody in the world is challenging the evidence presented by Campaign for Merit in Business, demonstrating a causal link between artificially driving up female representation on boards, and corporate financial decline. I presented the evidence to House of Commons and House of Lords inquiries in 2012, yet the government continues to bully major companies into taking on more female directors, with the threat of legislated gender quotas. The second piece was on suicide, the leading cause of death of men under 50 in the UK. The male:female suicide differential rose from 1.7:1 in 1983 to 3.5:1 in 2013, and the government is not only doing nothing about the matter, it is actively driving the high male suicide rate, as the article explains.