The Power Of Lies

By Paul Craig Roberts: It is one of history’s ironies that the Lincoln Memorial is a sacred space for the Civil Rights Movement and the site of Martin Luther King’s “I Have a Dream” speech.
Lincoln did not think blacks were the equals of whites. Lincoln’s plan was to send the blacks in America back to Africa, and if he had not been assassinated, returning blacks to Africa would likely have been his post-war policy.

As Thomas DiLorenzo and a number of non-court historians have conclusively established, Lincoln did not invade the Confederacy in order to free the slaves. The Emancipation Proclamation did not occur until 1863 when opposition in the North to the war was rising despite Lincoln’s police state measures to silence opponents and newspapers. The Emancipation Proclamation was a war measure issued under Lincoln’s war powers. The proclamation provided for the emancipated slaves to be enrolled in the Union army replenishing its losses. It was also hoped that the proclamation would spread slave revolts in the South while southern white men were away at war and draw soldiers away from the fronts in order to protect their women and children. The intent was to hasten the defeat of the South before political opposition to Lincoln in the North grew stronger.
The Lincoln Memorial was built not because Lincoln “freed the slaves,” but because Lincoln saved the empire. As the Savior of the Empire, had Lincoln not been assassinated, he could have become emperor for life. 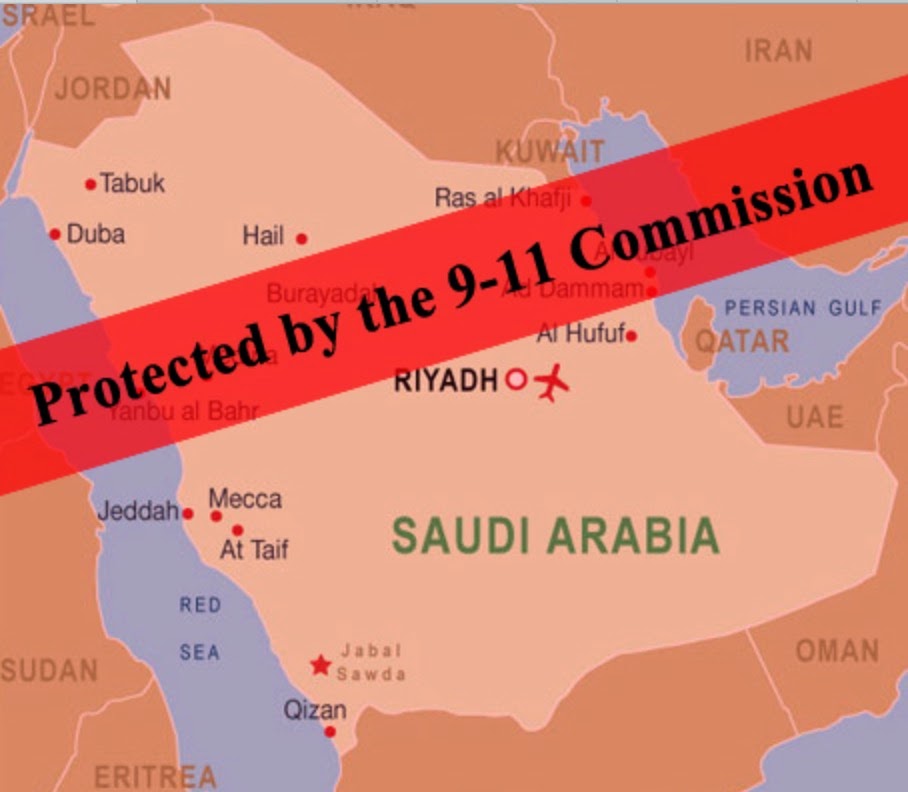 Former Democratic Sen. Bob Graham, who in 2002 chaired the congressional Joint Inquiry into 9/11, maintains the FBI is covering up a Saudi support cell in Sarasota for the hijackers. He says the al-Hijjis’ “urgent” pre-9/11 exit suggests “someone may have tipped them off” about the coming attacks.
Graham has been working with a 14-member group in Congress to urge President Obama to declassify 28 pages of the final report of his inquiry which were originally redacted, wholesale, by President George W. Bush.
“The 28 pages primarily relate to who financed 9/11, and they point a very strong finger at Saudi Arabia as being the principal financier,” he said, adding, “I am speaking of the kingdom,” or government, of Saudi Arabia, not just wealthy individual Saudi donors.
Sources who have read the censored Saudi section say it cites CIA and FBI case files that directly implicate officials of the Saudi Embassy in Washington and its consulate in Los Angeles in the attacks — which, if true, would make 9/11 not just an act of terrorism, but an act of war by a foreign government.
– From the New York Post article: How the FBI is Whitewashing the Saudi Connection to 9/11
By Michael Krieger: One of the strangest aspects of the post 9/11 period has been the number of very intelligent people who intimately appreciate and fight against the innumerable crimes and thefts committed by the American oligarchy, yet simply can’t comes to terms with the fact that the official story of September 11, 2001 is a heaping pile of bullshit.

Unarmed Americans Being Murdered Left And Right By Their Own Police

New Jersey Man Dies After Police Dog Violently Attacks Him While He’s Pinned Down on the Ground
The hits just keep on coming. Less than an hour ago, I highlighted the latest case of an unarmed U.S. civilian killed unnecessarily by police in Oklahoma. In that incident, the cop claims to have mistakenly pulled out his gun instead of a taser.
Well it turns out another extremely disturbing video showcasing the recent epidemic of “death by civilian encounter with police” has surfaced. This time it’s a Vineland, New Jersey man. We see how Philip G. White is already pinned to the ground and repeatedly pounded on by a police officer, when he is then subjected to a sustained violent attack by a police dog. The man died in custody.

Read more »
Posted by Angelo Agathangelou at 8:17 pm No comments: Links to this post

Brief introduction by Gilad Atzmon: The following is a very important and informative piece of writing by the ultra Zionist Mark Gardner (CST). Gardner is kind enough to tell us why the Zionist community was fearful of the Southampton University Conference. But he also reveals a devastating intellectual and political continuum between the UK ultra Zionists, the PSC (Palestinian Solidarity Campaign), the Jewish ‘anti’ Zionist campaigners and even Electronic Intifada. It was pretty astonishing and disappointing to find out that our ‘solidarity’ merchants (PSC, JVP, Electronic Intifada)  ‘stood up’ for the conference and ‘academic freedom’ only when it became clear that the university cancelled the academic gathering.  I will write an extensive analysis of Gardner’s article in a few days.

Hidden Agenda at Southampton University?
By Mark Gardner: The cancellation on “health and safety” grounds of a planned anti-Israel conference at Southampton University is causing much controversy. This hides a deeper problem with the conference: its organiser’s insistence that Zionism can only be understood by deep reference and understanding of Jews, Judaism, “Jewish being” and “Jewish pathology”.

Read more »
Posted by Angelo Agathangelou at 7:01 pm No comments: Links to this post

The Jewish Left Is Not The Solution, It Is The Heart Of The Problem

By Gilad Atzmon: I have never met Jeff Halper. What I know about him is that he is an American Jew who settled on Palestinian land but opposes Israeli house demolition. Halper appears to be a participant in the Zionist project while at the same time opposing the measures that have been implemented to sustain that plunderous project.

Halper’s moral discrepancy shouldn’t take us by surprise, he is far from alone. This behavioural mode is symptomatic of Jewish Left thinking in general and the Jewish anti Zionist call in particular. Instead of presenting a genuine ethical argument, the Jewish Left is a desperate attempt to convey an ‘image’ of Jewish moral awareness. Instead of being ethical they mimic a true ethical argument.

Help: I Slept With 25 Men And Now I'm Pregnant

"She consented to be rammed left right and centre by 25 human beings and she liked it, but it's not normal and it's disturbing. ...The Mirror's Coleen is ignorant." askluimarco.

Orwellian UK BANNED Press TV: The New York-based group said in a report released on Monday that Palestinian children as young as 11 years old work on Israeli settlement farms to grow, harvest and pack agricultural produce, adding that most of the harvested crop is later exported to Europe and the United States.
“Israel’s settlements are profiting from rights abuses against Palestinian children,” said Sarah Leah Whitson, the Human Rights Watch’s Middle East director.
According to the report, there are hundreds of little children working in Israeli agricultural settlements year-round, and the number rises during harvest times.
The rights group said “children from communities impoverished by Israel’s discrimination and settlement policies” are leaving school and taking on dangerous work on the settlement farms as they felt they had no alternative to help support their families.

Read more »
Posted by Angelo Agathangelou at 12:01 pm No comments: Links to this post

Fantasy is the only place where perfect men and women exist. And that is apparently sexist. Raging Golden Eagle

Read more »
Posted by Angelo Agathangelou at 10:32 am No comments: Links to this post

Being A Single Dad

Raging Golden Eagle suggested I make a video about this topic, so here it is. Guest starring my son. Enjoy. 6oodfella
Posted by Angelo Agathangelou at 9:31 am No comments: Links to this post

By Michael Krieger: There is no region in the world in which the U.S. government’s blatant disregard for human rights, and its shameless foreign policy hypocrisy, is more fully on display than the Middle East. I have spent countless hours writing about this topic, with Saudi Arabia being the focal point of my critique for obvious reasons. Nevertheless, Bahrain has its own litany of human rights abuses, for which Nabeel Rajab has in many ways become the official and unofficial spokesperson.
Bahrain’s abuses have been mentioned here before, although not nearly as much as they warrant; probably because it is really just a colony of Saudi Arabia and the U.S., and I have focused criticism on them instead. That said, before reading on, I’d go back and check out the 2012 article: Meet Amber Lyon: Former Reporter Exposes Massive Censorship at CNN.
Moving on to today’s topic, human rights activist Nabeel Rajab frightens the Bahraini regime more than any other individual on earth, which is why he is constantly being arrested on preposterous charges. In fact, his most recent incarcerations have been related to tweets. Yes, tweets.

Social Justice Warriors And The Zionist Ghost Caricature Of Hitler

All men are Hitler. ...The Zionist caricature of Hitler is alive and well. It's on the internet, ready to pop out at any moment and destroy the world. Or not. Feminism LOL

Read more »
Posted by Angelo Agathangelou at 7:08 am No comments: Links to this post

TRUTH – THE CURE FOR COGNITIVE DISSONANCE

“In a time of deceit telling the truth is a revolutionary act.” ? George Orwell
“You shall know the truth and the truth shall make you mad.” ? Aldous Huxley 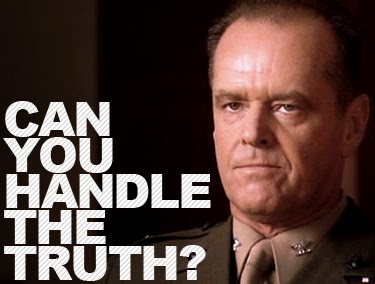 Submitted by Jim Quinn: Every time the BLS puts out their monthly propaganda report on the wonderful state of the U.S. jobs market and states with a straight face the unemployment rate is a measly 5.5%, their corporate mouthpieces in the mainstream cheerleader media regurgitate the fake numbers and urge you to buy stocks. The millionaire talking heads on CNBC and the corrupt bought off politicians in D.C. make broad sweeping declarations about economic recovery, strong job growth, GDP advancement, record highs in the stock market, and soaring consumer confidence.
The people living in the real world know otherwise, but they want to believe the “experts” and “leaders”. This dichotomy between reality and what they are being told is causing a tremendous amount of mental stress. This cognitive dissonance of attempting to reconcile what they are experiencing in their every day existence and the propaganda being peddled at them on a daily basis from big media, big bankers, corporate titans, and captured politicians pulling the strings and running the show, is causing psychological discomfort. Most people want their lives to get better, so to reduce their cognitive dissonance they choose to believe the government and media reports about economic improvement.