Man Shaming And Victim Blaming: The A-Z Of Male Suicide In The UK

By Karen Woodall: I caught the end of the Panorama Programme on male suicide in the UK last night.  Whilst I know something about the statistics around male suicide and understand some of those things which stack up against men, causing loss of hope and a spiral into despair, even I was shocked that 100 men are killing themselves every week in the UK.
100 men every week.  It is the leading cause of death for men under the age of 50. It is happening in our country right now and yet, apart from the exhortation to ‘talk about it’, we have, as yet, no national strategy, no national awareness of what is happening and no real idea of what to do about it other than telling men they need to talk about it.

So it’s all their fault then and if only men would be more like women and talk about it, all would be well.  Is that our strategy? Make men more like women and all will be well?  According to Calmzone’s CEO Jane Powell it is.  Powell, who ended the programme last night by saying

and then went on to talk about how there had been a massive cultural change for women over the years with the implication that if men would only get on and talk about it, the rates of suicide amongst men would drop and it wouldn’t cost a penny.
Was I the only one whose jaw dropped to the floor on hearing this?

Read more »
Posted by Angelo Agathangelou at 10:06 pm No comments: Links to this post

“(Black) woman, thou name art hypocrisy…”
By Mumia Ali: And in this week’s in buffoonery in Black America, we have the following news story coming out of Media Takeout:

“IT’S GOING DOWN!! Black Feminists Are DRAGGING Kendrick Lamar On Instagram . .. They’re UPSET . . . That He Preaches All That KUNTA Stuff . . . But Married An EXOTICAL!!”

Madam Noire reports: “Last week, we were so happy to report that Kendrick Lamar confirmed his engagement to his high school sweetheart, Whitney Alford. However, it appears that not everyone was pleased with the big news.


Over the weekend, self-proclaimed Dark Skin Activist Rashida Strober took to Facebook to call out the “Complexion” rapper over his wife-to-be’s appearance. According to Strober and many of her supporters, Kendrick is a hypocrite.
“Well, well, well would you looky here,” Strober wrote. “ANOTHER FAKE CONSCIOUS MUTHER FUCKER EXPOSED.

At Last, Putin Lifts Ban On Delivery Of S-300 Missile Systems To Iran

Comment by Gilad Atzmon: Yesterday the Russian president has repealed the ban prohibiting the delivery of S-300 missile air defense systems to Iran. Russian Foreign Minister Sergey Lavrov commented on the decision, saying that Moscow’s voluntary embargo on S-300 deliveries was no longer necessary, due to the progress in Iran’s nuclear talks made in Lausanne. 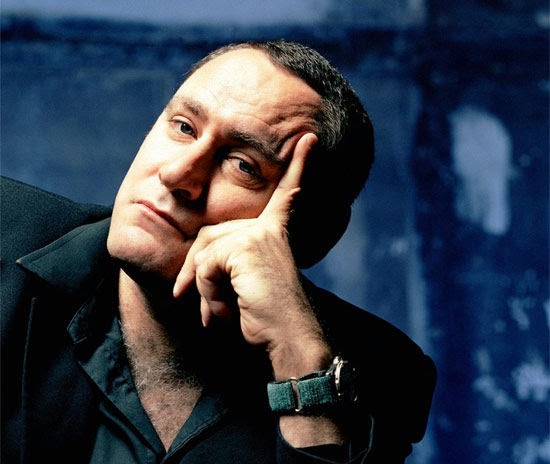 The Israelis are in a state of panic. Intelligence Minister Yuval Steinitz commented yesterday that "Instead of demanding Iran put an end to the terrorism its instigates in the Mideast and around the world, it is being allowed to attain advanced arms which will only spur its aggressions.”
Someone may want to remind Steinitz that it is actually the Jewish State that  terrorises the entire region with its nuclear arsenal and other repeated genocidal acts against the Palestinian people. However, it can be interesting to learn from Minister Steinitz how does he manage to see a threat in an ‘air defense system’?  I guess that the answer is simple.  The news about the S-300 interferes with the Israel’s lust to violence - the idea that a Muslim State can defend its sky is something the Israelis cannot cope with.

The UVA Rape Hoax: Aftermath And Lessons For Us All

By Jonathan Taylor: I hope many of us are familiar with what is now called The UVA Rape Hoax. Back in November, a “journalist” at Rolling Stone named Sabrina Rubin Erdely published an account of a woman named “Jackie” who was allegedly gang-raped at a Phi Kappa Psi frat house. As we pointed out (among other things) in December 2014, the rhetoric with which Erdely described frats was so caricatured that it bordered on being a transparent farce.
Erdely’s account has since been discredited in its entirety. More than being merely “baseless,” almost every claim made by “Jackie” and chronicled by Erdely in Rolling Stone has been objectively proven false. After a four-month investigation, Charlottesville police declared they had “exhausted all investigative leads” and that there is “no substantive basis to support the account alleged in the Rolling Stone article.”
As the final nail in the coffin, the Columbia University Graduate School of Journalism released a scathing 13,000-word report claiming that

Rolling Stone‘s repudiation of the main narrative in “A Rape on Campus” is a story of journalistic failure that was avoidable. The failure encompassed reporting, editing, editorial supervision and fact-checking. The magazine set aside or rationalized as unnecessary essential practices of reporting that, if pursued, would likely have led the magazine’s editors to reconsider publishing Jackie’s narrative so prominently, if at all.

Read more »
Posted by Angelo Agathangelou at 3:00 pm No comments: Links to this post

Author of Legally Kidnapped: The Case Against Child Protective Services [a domestic US terrorist cell], Carlos Morales, exposes the horrendous actions of the agency in this shocking speech.

Interview With A Tumblr Feminist

Based on an actual list of questions I saw a feminist lob at an anti-feminist on tumblr. These would be my responses. Interview ended prematurely when the feminist got too triggered. Miss Misanthropist

Rapegate - The Truth About Rape

"Teaching adult women not to rape little boys!" Stefan Molyneux
Rolling Stone's “A Rape on Campus" story about the University of Virginia chapter of Phi Alpha Psi. Columbia University’s Mattress Girl Emma Sulkowicz. Lena Dunham on "Barry" in “Not That Kind of Girl.” The Duke Lacross case. Tawana Brawley. The NFL's Ray McDonald. What do all these cases have in common? It's time for a frank conversation about rape, false rape accusations, the damage this does to the true victims (mostly men in the USA) of rape - and how we can stop it!

Read more »
Posted by Angelo Agathangelou at 9:40 am No comments: Links to this post

Two things my daughter said to me during our separation: "Daddy's hiding in the phone" and "I can't reach you Daddy" Mgtow Messenger. This video is for the Fathers who have their hearts broken every single day. Keep fighting brothers, take your time healing and look after yourselves, MM.

Meet The Feminist Who Is Sticking Up For Men

By Peter Lloyd: For a lot of men, there are two dirty f-words in the English language: the four-letter one we hear at football matches and, at the risk of having faecal matter posted through my letterbox, the term ‘feminist’.
I don’t say this because men oppose equality – not at all. But, rather, because feminism often goes hand-in-hand with toxic and misleading anti-men sentiments.
American writer Andrea Dworkin once said she wanted ‘to see a man beaten to a bloody pulp with a high-heel shoved in his mouth, like an apple in the mouth of a pig’, while author Sally Miller Gearhart suggested (in all seriousness) that ‘the proportion of men be reduced to, and maintained at, 10 per cent of the human race’.
Even Jilly Cooper, queen of the bonkbuster, famously asserted that ‘the male is a domestic animal which, if treated with fairness, can be trained to do most things.’
Sadly, these cheery soundbytes can’t simply be written-off as historic gaffes. Only last month Jessica Valenti wrote an article for The Guardian entitled ‘Feminists don’t hate men… but it wouldn’t matter even if we did’.
Hence why, as far as I’m concerned, men who support feminism are like turkeys voting for Christmas.

MGTOW Wow But I Understand

"These men simply do not want to play all these games." PastorDowell.

I had no idea this was even a movement going on. Yet considering this system of laws which is against men and this feminist movement we are faced with today. I cannot blame them. Do I agree with them, no! But I do understand.
MGTOW stands for men going their own way.

Posted by Angelo Agathangelou at 6:03 am 2 comments: Links to this post

"Hello Sandman, I am a young, teenage guy, who is going my own way. I have only recently discovered MGTOW and have many questions, I would like to know how a young guy like myself, could possibly set up a successful business and if you have any suggestions. I am considering dropping out of school, because I am finding it to be very repetitive and unnecessary. I would rather try to set up a business, however I have not decided yet. I would also like to ask what defines the 'red pill philosophy'.

Read more »
Posted by Angelo Agathangelou at 2:40 am No comments: Links to this post