Another Rape That Never Was

Trigger warning: This story contains a description of a young innocent girl being raped that is supposed to get you angry with men. All men. You should be frothing at the mouth, demanding that we not blame the victims. With red face and veins standing out, you should be screaming that we should teach men to not rape. Then, you’ll just have to bottle all that rage for the next rape, because this one didn’t happen either.

By Jim Muldoon: On Thursday, 29th April 2015 numerous news outlets alerted the good people of Albury, New South Wales, Australia, that a 17 year old girl had been attacked by three men in the heart of their fair city.
The attack was described as a sexual assault by the Daily Advertiser, but as a rape by the ABC website. Both terms, sexual assault and rape, were used almost interchangeably by the media throughout. Which was it? Rape? Sexual Assault? Who cares? Get your torches and pitchforks and we’ll sort the facts out after the lynching.
The other term that was abused was the word “allegedly”. Sometimes it was completely left out, as in this headline from the ABC’s website:

Our estimates show that the developing world lost US$991.2 billion in illicit financial flows in 2012, over ten times the amount of official development aid received by these countries in that year, and greater than the amount of net foreign direct investment received. From 2003 – 2012, US$6.6 trillion left developing country economies illicitly.
Illicit outflows from developing countries increased at a trend rate of 9.4 percent per annum in real terms over the time period from 2003 to 2012. Though growth rates of IFFs tended to be higher before the financial crisis, their volume continues to climb. Over this time period, illicit financial flows were equivalent to 3.9 percent of developing world GDP on average.
Save for a brief slowdown during the financial crisis, illicit financial flows have been allowed to grow unchecked over the past decade. In 2012, illicit outflows reached a staggering new peak of US$991 billion.

Read more »
Posted by Angelo Agathangelou at 9:29 pm No comments: Links to this post

On Putting Meghan Murphy To Bed

By August Løvenskiolds: Rabble.ca writer and feminist Meghan Murphy just discovered something worse than objectification — subjectification by other feminists.
Murphy, a ginger, has become the subject of a clam-paign in full swing by feminists to put Murphy to bed in her hugbox without any supper or Smurfs to caress — in other words, get her ass fired. On Twitter the hashtag #DropMM encourages people to urge the pink poodle publication Rabble.ca to dump Murphy for being a bit too harsh on black trans woman Laverne Cox for a nude photo spread (NSF TERFs) in the women’s magazine Allure that made women into cartoons, according to Murphy:

Why the Fed Will Crash the Economy If It Hikes Rates: In Three Charts
By Pam Martens and Russ Martens: If you’ve been scratching your head since the middle of last year as consumer confidence surveys depicted an optimistic, eager to spend consumer while other hard economic data was showing a sputtering economy, we’re here to put your mind to rest. You’re not crazy. The U.S. economy is dramatically diverging from where most consumers think it is and we have three charts to prove it.

Most Americans have never heard of the Labor Force Participation Rate. Consumers judge the availability of jobs, or lack of them, by the Unemployment Rate that is fed to them in newspaper headlines and TV sound bites monthly. The Unemployment Rate has been coming down nicely and fueling positive vibes among consumers.
Unfortunately, the Labor Force Participation Rate, which measures the number of people who are either employed or actively looking for a job has been hitting historic low numbers, suggesting far more slack in the labor market than captured by the official Unemployment Rate.
On February 4, Jim Clifton, Chairman and CEO of Gallup, told a stunned interviewer at CNBC that he was concerned he might “suddenly disappear” and not make it home that evening if he disputed the reliability of what the U.S. government is reporting as unemployed workers.

Read more »
Posted by Angelo Agathangelou at 3:23 pm No comments: Links to this post

By Gilad Atzmon: Press TV has conducted an interview with Gilad Atzmon, a musician, author and political commentator in London, about a Jewish community’s recent criticism of Britain’s “complicity” in Israeli war crimes.

Read more »
Posted by Angelo Agathangelou at 2:00 pm No comments: Links to this post

Gynocentrism - Why So Hard To Kill? 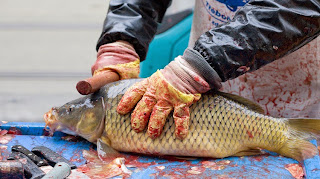 By Peter Wright: Many theories exist as to why we are saddled with a gynocentric culture in which men, to put it simplistically, play the role of servant to women. The explanation people choose will determine whether they believe gynocentrism is a permanent or temporary fact of human existence, and will dictate how they are likely to respond to it.
The first explanation is one of biological determinism – that men have always kowtowed to women regardless of fluctuations in cultural habits, customs, taboos and beliefs. Our genes, according to this theory, make men little more than nerve reflexes primed to obtain sex with females and reproduce – that we must position ourselves as slaves in order to meet that end.
A more reasonable version of the biology hypothesis was proposed by Lester F. Ward in his “Gynæcocentric theory”1 which frames women as the dominant sex by dint of biology. Evolutionary Psychologists and Difference Feminists, who often collaborate,2 support this view via anthropological, zoological and other scientific evidence. The basic theory holds that in the underpopulated world of the past, wombs were a precious and key resource to human survival, hence a genetic predisposition toward gynocentrism was a survival advantage. With the current overpopulation, however, wombs are now plentiful and cheap but our biological predispositions still make us overvalue them – ie. a redundant gynocentrism is built into our nervous system at a time when overpopulation could wipe out our species.

The Propaganda Of Toxic Feminism Part 23

"The duchess of sucking prince Williams dick has given birth to a bitch. ...The bitchess who is 4th in line to laud it over the landless peasants scum of the United Kingdom was safely delivered by a cabal of masonic priests chanting mumbo jumbo with one trouser leg rolled up." Deek Jackson

Read more »
Posted by Angelo Agathangelou at 5:20 am No comments: Links to this post 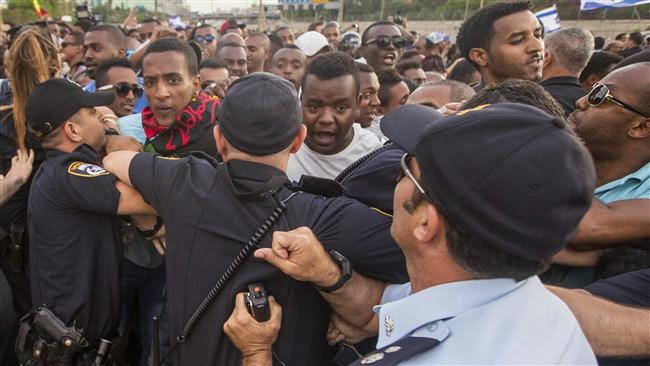 Orwellian UK BANNED Press TV: Sunday’s clashes erupted in the city of Tel Aviv on Sunday as Israeli forces fired stun grenades and tear gas to disperse thousands of Ethiopians, who had taken to the streets to voice anger against institutionalized discrimination and police violence.
Some demonstrators threw stones and glass bottles after attempting to storm the municipality building.
Police said at least seven protesters as well as 46 officers were injured in the clashes and 26 protesters were arrested.
Demonstrators were chanting and holding up signs reading, "A violent policeman must be put in prison" and "We demand equal rights".

How The American Psychological Association Supportes And Provides Cover For The C.I.A. World Torture Program

By Michael Krieger: In a story that sounds like it could’ve come straight from the archives of Zio-Nazi Israel, a new report has just been released claiming that the American Psychological Association (APA) collaborated with the George W. Bush administration to justify the C.I.A. torture program. 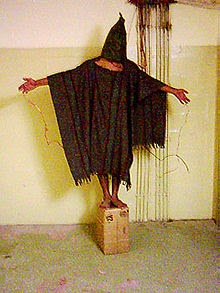 It’s even worse than it sounds though. In 2004, following the publication of the grotesque photos depicting abuse of Iraqi prisoners at the infamous Abu Ghraib prison, the U.S. government’s torture program was coming under increased scrutiny and criticism from all sides. In fact, it became so questionable, even C.I.A. director George Tenet began to have concerns. So much so that he “signed a secret order suspending the agency’s use of the enhanced techniques, while asking for a policy review to make sure the program still had the Bush administration’s backing.”
This is where the American Psychological Association came to the aid of torture supporters everywhere. A private meeting was quickly held, which ended up justifying the role of psychologists in torture sessions. The following year, the APA issued guidelines that reaffirmed that it was acceptable for its members to be involved in the interrogation program.