BBC Radio Nottingham failed to invite Ray Barry, the J4MB candidate in the 2015 general election, to the hour-long hustings they broadcast live. Ray complained, and was allowed this short opportunity to speak to Alan Clifford - a man who evidently couldn't be bothered to shave before his publicity photograph - a week later, on the eve of the election. With no apparent sense of irony, Alan started off with the comment, 'You might know some of the candidates standing in Broxtowe. There's one who perhaps hasn't... er... got as much publicity as some of the others, but that's about to change...'. Mike Buchanan
Posted by Angelo Agathangelou at 11:41 pm No comments: Links to this post

"...the sex class men is simply male privilege and gender identity and it needs to be abolished if women are ever to be free." Thus says Lierre Keith a radical feminist who spoke at a local library Saturday.

By Gilad Atzmon: In the following  JC article Marcus Dysch explains why British Jews preferred Sabbos Goy David Cameron over clown Bar Mitzvah Boy Ed Miliband. This article is an embarrassing  glimpse into Judeo centrism – every person within the British political spectrum is judged in reference to the Jews and their self-interests.
***

By Marcus Dysch: When the rosettes and the placards are packed away, the winners have caught up on sleep, and the losers have drowned their sorrows, what messages will British Jews take away from the 2015 election?
A couple of points are blatantly clear, even so soon after the declarations.
It sounds like a broken record, I know, but Ed Miliband’s stance on Israel did hurt Labour.
How else can you explain the results in Hendon, Finchley and Golders Green and Harrow East?
Labour’s Sarah Sackman had at one stage been a point ahead of Tory incumbent Mike Freer in Margaret Thatcher’s old seat. Yet she finished 5,662 votes behind, barely any better than her predecessor had five years ago.
Andrew Dismore, the former Labour MP in Hendon, had been confident of returning to the Commons’ green benches this month. But he saw Matthew Offord romp away to extend a 106 majority to nearer 4,000.

"A group of financial terrorists huddled together in Westminster. ...The Bank of England under the Osborne regime went from 0.8 to 1.5 trillion. ...No attempt to address massive UK bankster fraud." Max Keiser and Stacy Herbert discuss post UK general election on their radio show the truth about markets. 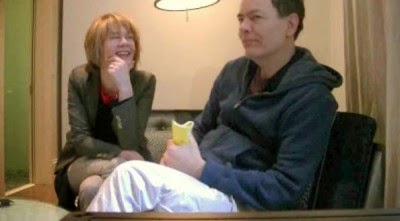 Download the radio show here
Posted by Angelo Agathangelou at 4:58 pm No comments: Links to this post

"Don't let some woman be judge jury and executioner of your happiness." MAYOR of MGTOWN.

Israel Seeking To Trigger US War With Russia, Iran: Analyst

Israel is working to create a military confrontation between the United States and Russia by worsening tensions and pressuring Washington to attack Iran. 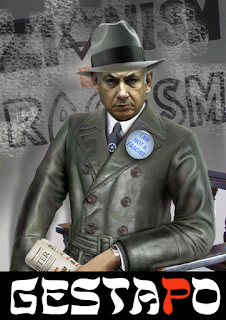 Press TV: Benjamin Netanyahu, Israel’s prime minister, has “worked for decades” to exacerbate existing problems between Washington and Moscow by provoking the US to enter into a war with Iran and getting Russia involved in a wider conflict, said Mark Glenn.
“We have a situation that is absolutely prime for Netanyahu to take advantage of in order to put pressure on the American administration vis-à-vis war with Iran,” Glenn told Press TV on Saturday.
Russian President Vladimir Putin used an address on Saturday commemorating the 70th anniversary of the Soviet Union’s victory over Nazi Germany to accuse the United States of attempting to dominate the world.
“We have seen attempts to create a unipolar world, we see gaining momentum as a force of bloc thinking,” Putin told foreign leaders, war veterans, and thousands of soldiers assembled on Moscow’s Red Square ahead of a major military parade.

Deek Jackson
Posted by Angelo Agathangelou at 12:27 pm No comments: Links to this post

By Michael Snyder: If the government does not like the way that you are raising your kids, they will come in and grab them at any time without giving any warning whatsoever.  Of course this is completely and totally unlawful, but it has been happening all over America.  The most recent example of this that has made national headlines is particularly egregious.  Joe and Nicole Naugler of Breckinridge County, Kentucky just had their 10 children brutally ripped away from them just because the government does not approve of how they are living their lives and how they are educating their young ones.  Let’s be very clear about this – Joe and Nicole had done nothing to violate the law whatsoever.  All of their kids were happy, healthy and very intelligent.  But because the control freaks running things in Kentucky got wind of their “off the grid lifestyle”, they have now had all of their children unlawfully abducted from them. 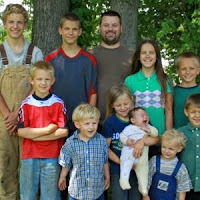 A lot of my readers also lead “off the grid” lifestyles similar to what the Nauglers had been enjoying.  The Nauglers  own 26 acres in a remote area of Breckinridge County, and their family has been described as “extremely happy”.  But despite never giving them a single warning or a single indication that anything was ever wrong, Kentucky police raided their home on May 6th.  The following is how the raid was described on a website dedicated to this case…

Romanian President Wants To Be The Nice Guy™ – And He Fails

By Lucian Vâlsan: Did you know that May 8th was the “Equality of opportunity between women and men Day”? The Romanian president, Klaus Iohannis, was very preoccupied on Friday to announce this aspect. Moreover, he was very delighted to let us know about the moment when he signed into law the establishment of this holiday, as if this was his merit, not his constitutional obligation. 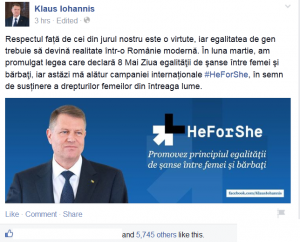 Translation: Respect for those around us is a virtue, and gender equality must become a reality in modern times. In March, I signed into law the act that declares May 8 as the Equality of opportunity between men and women Day, and today I am joining the international campaign #HeForShe, as a sign of support for women’s rights worldwide.
Seizing on this opportunity, the President also announced us that he joins the latest feminist ideological fashion of the UN – namely the international campaign #HeForShe.
It is true that in Romania the president has more prerogatives than in Hungary or Germany but it is also true that the president has fewer prerogatives than in presidential republics such as the USA or Belarus.

By Gilad Atzmon: Unlike JVP and Modoweiss who cowardly failed to even mention* the historic anti Zionist gathering between Rabbi Yaakov Shapiro and yours truly in NYC last Wednesday, the infamous ultra Zionist ADL was brave enough to send a reporter to the event and even deliver a brief review of the discussion. The meaning of this is obvious and depressing. Unlike our so-called Jewish ‘allies’ who are actively engaged in suppression of intellectual exchange and policing the discourse, the vile Zionists are willing to encounter criticism and even give it a thought. This fact alone may explain why Zionism has won such vast support amongst Jewish people. At the end of the day, Zionism is coherent and consistent as much as it is genocidal and supremacist. But the Jewish left is duplicitous to its core; concealment and suppression of truth is its survival strategy. 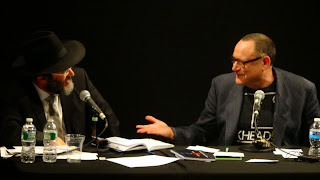 A video of the discussion will be released soon.
http://blog.adl.org/
Flyer adver­tis­ing the event
On May 6 in New York City, an anti-Israel event fea­tured Gilad Atz­mon, an Israeli-born anti-Semite based in Lon­don, and Rabbi Yaakov Shapiro, Spokesper­son for the anti-Israel group “True Torah Jews.” The stated goal of the event, titled “Judaism ver­sus Jew­ish Iden­tity Pol­i­tics: Reli­gion ver­sus Trib­al­ism,” was to help “unravel the tan­gled web of sec­u­lar Jew­ish pol­i­tics, right and left.”

Read more »
Posted by Angelo Agathangelou at 5:15 am No comments: Links to this post

End the Feminist, Statist, Zionist BBC
To: The Secretary of State for Culture, Media and Sport
Push for an immediate common's debate on the future of the television licence.

Why is this important?
There's been considerable public dissatisfaction for quite some time:
- In 2013, 70% stated that the BBC licence fee should be abolished or cut according to an ICM poll for The Sunday Telegraph.
- The Magistrates' Association has been calling for the decriminalisation of TV licence evasion for nearly 20 years, concerned that evaders are punished disproportionately.
- Up to 50 MP's demanded recently an urgent Government review of BBC funding
I resent having to pay for the BBC for the following reasons:
Unique funding or daylight robbery?
- The BBC has long advertised with phrases such as "thanks to the unique way the BBC is funded" however should that unique way been seen as a positive. Surely it is questionable that a non-government entity should be entirely funded by tax that they are independently allowed to, first, claim and, second, collect.
Read more »
Posted by Angelo Agathangelou at 12:25 am No comments: Links to this post