Feminism Goes On A Diet. Bossiness Is Out, Campaigns Against Rape Are In 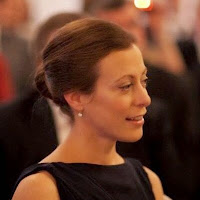 By Laura Perrins: Are the feminists about to get their act together? Have they finally realised that incessantly complaining about having the door held open for you by a man, or being offered a seat on the tube is no way to rejuvenate the movement? It seems so if we are to believe the self-proclaimed ‘hot feminist’, Polly Vernon.
Polly Vernon, flogging a book and the recipient of some wonderful publicity in The Times on Saturday, sets out the problems with current feminism, which are legion.
First, it is exhausting, second it is exclusive, and finally it makes victims of women. She did not use these terms but that is what it boils down to.
Polly Vernon tells us, ”feminism’s gone a bit weird.”
Do you hear that people – from the horse’s mouth. Finally, some acknowledgment that the great feminist movement has been hijacked by an elite with so much time on their hands that they can tweet their terrible grievances over what used to be known as everyday challenges faced by men and women.
Again Vernon tells us that feminism has been ‘corrupted and mutated into something joyless and dour and tail-chasey and nowhere-going.’ I’ll say.
The hot feminist speaks of Liv, who is ‘bored of feminism’. Liv does not call herself a feminist and says: “I am sick of the word ‘feminist’. I am tired of people saying, ‘This is sexist,’ and, ‘That is misogynistic.” In other words, feminism is exhausting. 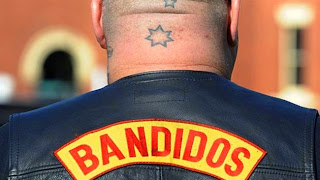 Following a deadly fight between bike gangs in Waco, Texas, there are growing concerns that their members could be on the way to join the fight, given the “green light” they put on police officers present at the scene.
Press TV: "We are on high alert," said Waco Police spokesman Patrick Swanton on Monday as a heavy police presence was seen in the wake of the bloody shootout at a Twin Peaks restaurant.
Nearly 200 people were arrested, 170 of which were charged with organized crime, after the gang-related clash left nine motorcycle gang members dead and 18 wounded.
Meanwhile, members of the Waco Police Department, Texas Rangers, and Texas Department of Public Safety remained on the scene heavily armed with military-style rifles and other weaponry, the Houston Chronicle reported.According to Swanton, after intelligence reports that several gangs put "green light”, a gang-sanctioned go-ahead to kill, on the officers, there were concerns that more bikers could be heading towards the city, situated halfway between Dallas and Austin.

"We encourage those individuals not to bring criminal activity to Waco, but let it be known, if they do, we are ready," he said.
Read more »
Posted by Angelo Agathangelou at 10:09 pm No comments: Links to this post

The Times of Israel: Republican hopefuls say they’d get tough with terrorists
Bush praises US killing of top IS operative but says it ‘isn’t a strategy';
Santorum: Bomb Iran ‘back to the seventh century’

BY THOMAS BEAUMONT AND CATHERINE LUCEY: IOWA CITY, Iowa (AP) — Republicans wooing Iowa’s most active party members called Saturday for a stronger presence in the world but ran the gamut in tone and just how tough to get with America’s enemies.
On Armed Services Day — and a day the Obama administration reported killing a senior Islamic State leader in Syria — most of the nearly dozen GOP presidential prospects at a state party dinner called for a more confrontational stance toward Iran.
Former Sen. Rick Santorum’s answer for handling Iran, one of four countries on the U.S. list of nations accused of repeatedly supporting global terrorism, was to “load up our bombers and bomb them back to the seventh century.”
Earlier in the day, former Florida Gov. Jeb Bush praised U.S. commandos who had reportedly killed the IS leader, described as the head of oil operations for IS. Bush gave no credit to Obama, whom Bush accused of allowing the rise of IS by pulling back U.S. forces from Iraq.

Read more »
Posted by Angelo Agathangelou at 8:46 pm No comments: Links to this post

Time To End The Fatuous Shaming

By Paul Elam: I used the feature image left for a reason. Pam Grier, now 65, was a regular visitor (and I dare say near permanent resident) of my teenage masturbatory fantasies. Or, as I just informed a couple of fellow MHRAs in one of our Skype sessions, I did not see her movies as “blaxploitation” films. They were just two hours out of my life where the large bucket of popcorn sitting in my lap served two purposes.
Grier wasn’t just hot. She was smoldering, with enough natural heat to produce an alternative energy source for, say, the planet.
It causes me to wonder, though, just where Social Justice Worriers™, include among many of their ill-conceived and utterly moronic ideas the notion that some mysterious “male beauty standard” is out their poisoning the minds of women, causing destruction to their otherwise intact sense of self-esteem and even driving some to starve themselves to death trying to get skinny enough to feel attractive.
That standard, say many of the professional, toothless Worriers, is used to drive women to purchase clothing, cosmetics and even surgery that they really don’t want. And of course we know the average woman had no investment at all in her physical attractiveness until COSMO and Redbook started publishing.
The men behind the curtain at those publications and others like it told all women they needed to look like Twiggy, and of course, women, being the mindless, servile creatures that they are, obeyed. Well, except for the huge number of women who are now more obese than at any time in human history.

Read more »
Posted by Angelo Agathangelou at 4:26 pm No comments: Links to this post

Now that the defense industry in the United States has taken a bit of a budgeting hit at home, they’re getting more aggressive overseas. Defense contractors are opening satellite offices and selling arms as fast as they can into the chaos of the Middle East. Mark Fiore

Read more »
Posted by Angelo Agathangelou at 12:24 pm No comments: Links to this post

The Truth About Stefan Molyneux

Since Stefan didn't do a real “truth about” himself I thought I'd help him out. Feminism LOL

ICMI 2015 - International Conference for Men's Issues.
Read more »
Posted by Angelo Agathangelou at 8:44 am No comments: Links to this post

There are only so many ways you can say, “shooting cartoonists is wrong and free speech is great.” Feel free to check out my previous responses to cartoonists being attacked or Muhammad cartoons being drawn. When I heard about the “Draw Muhammad” cartoon contest in Garland, Texas, I was curious about who would organize such a “festival.” (Having organized a cartoon festival myself, I think you can hardly call a two-hour meeting a “festival,” but I digress.)

Read more »
Posted by Angelo Agathangelou at 7:24 am No comments: Links to this post 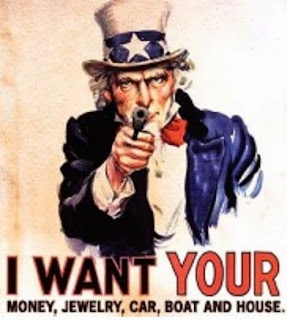 All the money – $16,000 in cash – that Joseph Rivers said he had saved and relatives had given him to launch his dream in Hollywood is gone, seized during his trip out West not by thieves but by Drug Enforcement Administration agents during a stop at the Amtrak train station in Albuquerque.


Rivers, 22, wasn’t detained and has not been charged with any crime since his money was taken last month.


That doesn’t matter. Under a federal law enforcement tool called civil asset forfeiture, he need never be arrested or convicted of a crime for the government to take away his cash, cars or property – and keep it.


By Michael Krieger: From the Albuquerque Journal article: DEA to Traveler: Thanks, I’ll Take That Cash
In the “land of the free” you might be innocent until proven guilty, but your assets aren’t.

Read more »
Posted by Angelo Agathangelou at 6:13 am No comments: Links to this post

"I have a female friend who is also my age and lives in another state. We've been friends since the 8th grade. We've never dated, and I view her as a sister. And we tell each other everything. She's never been married and was once upon a time very good looking in her 20's. She still maintains a healthy body, but her age is starting to show especially with no makeup on. She's also a very astute businesswoman, but her romantic life is one flaming disaster after another, and I hear everything about it. And, no, I'm not secretly white knighting, and hoping to win her affections. Rather, I'm enjoying this candid learning opportunity. I am, after all, MGTOW for life.

Read more »
Posted by Angelo Agathangelou at 3:32 am No comments: Links to this post

Down The Aisle Again On The Marriage Question 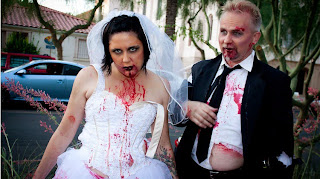 By Peter Wright: Once again I find myself walking into the murky waters of marriage, this time not in real life but in print, praise angels. As mentioned in a recent article by August Løvenskiolds, we had a conversation about marriage which unearthed some alternative ways of looking at it. On several points our understanding aligned, and on others they diverged. So rather than rely on August’s article alone, I’d like to lay down my own thoughts.
The conversation was partly stimulated by a comment I made elsewhere, which we decided to unpack – and I hope to unpack it further in this article:


Aside from those differences over origins, both sides agree that gynocentric marriage – its culture, customs, laws, taboos – must be utterly abandoned, not reformed. Notice here I refer to gynocentric marriage and not to a marriage of the minds, hearts, dreams, goals, projects, and bodies that might come with non-gynocentric relationships.

The contention of this paragraph is, hypothetically speaking, that a marriage can be based on different priorities than those of gynocentrism.