By Belinda Brown: (Dr Victoria Bateman is an Economic Historian and Fellow in Economics, Gonville & Caius College, Cambridge, and Fellow of the Legatum Institute, London who believes to be a capitalist you have to be a feminist)
Victoria Bateman is on a mission. She wants feminists to make progress in social and political spheres. As feminist ideology is ubiquitous and highly influential and  male inequality routinely ignored, it is female domination she is talking about here.
However in focusing on the contribution that women can make to capitalism she is travelling a well worn path. The waxings and wanings of the feminist movement do as Neil Lyndon suggests, appear to reflect the economy’s demands. The conspiracy theory about Rockerfeller funding the feminist movement expresses this relationship well. Cameron’s drive to get all women into the workplace is the most recent example of these processes at work. Women can certainly play a positive role in capitalist processes, but this will only work as long as capitalism remains the outcome of the ‘invisible hand’, rather than an interest group being in charge.
Women also play a crucial role in supplying and nurturing the workforce. This is something that exercised the socialist feminists who thought it meant that women were invisible and  subordinated to the means of production and that actually men were in charge. What they failed to understand was that through the vast (but not all) expanses of human history and society the needs of the family motivated production, the family was the invisible hand , and women were in charge.

Read more »
Posted by Angelo Agathangelou at 11:35 pm No comments:

Please Help Us Overcome The Accusations Against If Americans Knew

Gilad Atzmon: I have learned in the last few days  that Alison Weir, the admired activist who fights relentlessly for Palestinians and their rights, has also been targeted by our Jewish 'allies' at JVP.  It has been established by now that the Jewish pro Palestinian league is functioning as a controlled opposition apparatus. If JVP is truly concerned with Anti Semitism, it should immediately restrain itself. As things stand, its actions provoke a tidal wave of resentment towards Jewish politics within the dissident movement. 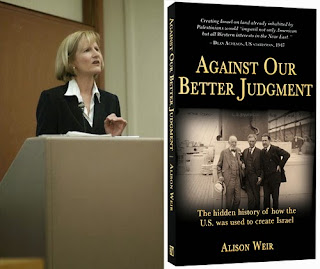 Please help us overcome the accusations against If Americans Knew
By Alison Weir: I personally, and If Americans Knew as an organization, are among those who have periodically been targeted by whispering campaigns. Please help us prevent these false accusations from impeding our important work.
“Examining the founding of Israel, discussing the history of pro-Israel efforts, critiquing Israeli policy, championing the Palestinian right of return, investigating Israel's victimization of others, opposing U.S. aid to Israel, and exposing Israeli war crimes are not anti-Semitic actions.

Walk With An Erection

I can't think of any pressing matters for me to talk about or anything. So I'm going for a brisk walk outside. DoctorRandomercam
Posted by Angelo Agathangelou at 7:45 pm No comments:

The Justice Of A Mattress Girl

"The real interesting reveal here is that all the public adulation and the lionisation and the promotion of this girl by main stream as a victim is buying into the idea that justice should not come from the courts but from the mob, that vigilante justice is the preferred form of so-called justice."johntheother

Read more »
Posted by Angelo Agathangelou at 6:45 pm No comments:

"Isis are a made up mercenary force paid for by Wahhabist Saudi Arabia and controlled by the CIA." Deek Jackson
Posted by Angelo Agathangelou at 5:37 pm No comments:

Read more »
Posted by Angelo Agathangelou at 3:58 pm No comments:

A Color Revolution For Macedonia

By Paul Craig Roberts: During the Cold War Washington was concerned about communists fomenting street protests that they could turn into revolutions, with groomed politicians waiting in the wings to take over the new government, thus expanding the Soviet empire. Today this is precisely what Washington does.

We recently witnessed this operation in Ukraine and now it seems to be underway in Macedonia.
The National Endowment for Democracy was established in 1983. The official purpose is to promote democracy abroad. The real purpose was to create dissension in Soviet Eastern Europe. Today the NED uses our tax money to overthrow governments not aligned with Washington.
The NED funds non-governmental organizations (NGOs) in countries targeted by Washington for political destabilization. These NGOs operate under such rubrics as “teaching democracy” and “human rights.” The NGOs develop cadres consisting of idealistic students and disgruntled politicians and set them against the existing government whose independence Washington wishes to curtail.
The idealistic students are simply dupes, and the disgruntled politicians simply desire power in office and will serve Washington in order to get it.

Read more »
Posted by Angelo Agathangelou at 12:46 pm No comments:

Submitted by Tyler Durden: The first rule of “Project Bookend” is that you don’t talk about “Project Bookend.”
In retrospect, maybe the first rule should have been “you don’t accidentally e-mail ‘Project Bookend’ to a news agency”, because as the Guardian reports, one of its editors opened his inbox and was surprised to find a message from the BOE’s Head of Press Jeremy Harrison outlining the UK financial market equivalent of the Manhattan project.
Project Bookend is a secret (or ‘was’ a secret) initiative undertaken by the BOE to study what the fallout might be from a potential ‘Brexit’, but if anyone asked what Sir Jon Cunliffe and a few senior staffers were up to, they were instructed to say that they were busy investigating “a broad range of European economic issues.”
Here’s more from The Guardian:

Bank of England officials are secretly researching the financial shocks that could hit Britain if there is a vote to leave the European Union in the forthcoming referendum.

Read more »
Posted by Angelo Agathangelou at 9:04 am No comments:

FBI agents can’t point to any major terrorism cases they’ve cracked thanks to the key snooping powers in the Patriot Act, the Justice Department’s inspector general said in a report Thursday that could complicate efforts to keep key parts of the law operating. 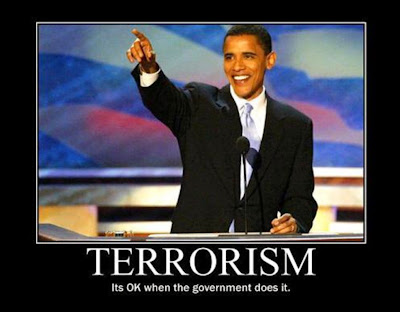 Inspector General Michael E. Horowitz said that between 2004 and 2009, the FBI tripled its use of bulk collection under Section 215 of the Patriot Act, which allows government agents to compel businesses to turn over records and documents, and increasingly scooped up records of Americans who had no ties to official terrorism investigations.

Read more »
Posted by Angelo Agathangelou at 7:59 am No comments:

A 2012 Defense Intelligence Agency Document Says: West Will Facilitate Rise Of Islamic State “in order to isolate the Syrian regime”

By David Duke: On Monday, May 18, the conservative government watchdog group Judicial Watch published a selection of formerly classified documents obtained from the U.S. Department of Defense and State Department through a federal lawsuit.
While initial mainstream media reporting is focused on the White House’s handling of the Benghazi consulate attack, a much “bigger picture” admission and confirmation is contained in one of the Defense Intelligence Agency documents circulated in 2012: that an ‘Islamic State’ is desired in Eastern Syria to effect the West’s policies in the region.

Astoundingly, the newly declassified report states that for “THE WEST, GULF COUNTRIES, AND TURKEY [WHO] SUPPORT THE [SYRIAN] OPPOSITION… THERE IS THE POSSIBILITY OF ESTABLISHING A DECLARED OR UNDECLARED SALAFIST PRINCIPALITY IN EASTERN SYRIA (HASAKA AND DER ZOR), AND THIS IS EXACTLY WHAT THE SUPPORTING POWERS TO THE OPPOSITION WANT, IN ORDER TO ISOLATE THE SYRIAN REGIME…”.
The DIA report, formerly classified “SECRET//NOFORN” and dated August 12, 2012, was circulated widely among various government agencies, including CENTCOM, the CIA, FBI, DHS, NGA, State Dept., and many others.
The document shows that as early as 2012, U.S. intelligence predicted the rise of the Islamic State in Iraq and the Levant (ISIL or ISIS), but instead of clearly delineating the group as an enemy, the report envisions the terror group as a U.S. strategic asset.

Read more »
Posted by Angelo Agathangelou at 3:55 am No comments:

From the Washington Post article: House Panel Votes to Repeal Country-Origin Meat Labeling Law
By Michael Krieger: The following article should take on an increased significance given the Obama administration’s current desperate and aggressive push to receive “fast-track” authority to pass the secret Trans-Pacific Partnership trade deal. If you aren’t up to speed on the topic, see:
Trade Expert and TPP Whistleblower – “We Should Be Very Concerned about What’s Hidden in This Trade Deal”
As the Senate Prepares to Vote on “Fast Track,” Here’s a Quick Primer on the Dangers of the TPP
Meanwhile, finding out where the meat you buy at the grocery store was born, raised and slaughtered might become a lot more difficult thanks to Congress.