More Evidence That ISIS Is A Zio-Friendly Invasion Of Syria

David Duke: As this Associated Press article picked up by the Times of Israel (but few other outlets) shows, Syria and Iraq have been subjected to a foreign invasion. Foreigners make up the vast majority of the CIA-estimated 20,000-30,000 ISIS army, thus it is clear that the only reason that ISIS has been able to seize territory from the secular government of Syrian President Assad is foreign jihadists streaming across the borders from Zio allies Jordan and Turkey. Meanwhile, the U.S. and its “coalition” are pouring money and weapons into other anti-government forces, which are effectively aligned with ISIS.

And who benefits? The Israeli Ambassador to the UN stated that his country wants to see the Syrian civil war continue, and of course bogging down Iran’s allies in Syria, Iraq, and Hezbollah with a war against foreign fanatics gives Israel a free hand as it prepares to get the next U.S. president to bomb Iran back to the stone age.

Cop: We’re looking for two Negros in a white car.
Rubin ‘Hurricane’ Carter: Any two will do?

By Paul Elam: It seems now that Huffington Post, in another of its never ending efforts to placate the grievances of privileged white women, has now enlisted the help of black men. In particular, I am talking about Damon Young.
Someone just sent me the link to his piece entitled, “Men Just Don’t Trust Women – And It’s A Huge Problem.” The article was originally posted at verysmartbrothas.com back in March and spread through other media outlets like it was smallpox.
First, before I even get to the profundity of the fail in this article, I have to say I take exception to the name of the site it came from. Very Smart Brothas? As opposed to what, the idiots they imagine all other black men to be?
It is hard to tell if this kind of thinking stems from very long-term periods of marginalization or if it is just the result of impotent and inane racial politics over the last 40 years from the likes of Al Sharpton and Jesse Jackson, et al. Whatever the reason, that URL screams to me that the authors are convinced that the average black man is stupid; that the Very Smart Brothas are the exceptions – the ones who measure up to white folk.
Now, god help us, let’s get to what Damon Young actually had to say.

Read more »
Posted by Angelo Agathangelou at 9:41 pm No comments:

“War is just a Racket”: Memorial Day Is A Hoax. “Our Soldiers Died for the Profits of the Bankers” 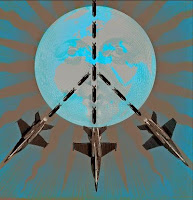 By Dr. Paul Craig Roberts: Memorial Day commemorates soldiers killed in war.  We are told that the war dead died for us and our freedom. US Marine General Smedley Butler challenged this view.  He said that our soldiers died for the profits of the bankers, Wall Street, Standard Oil, and the United Fruit Company.  Here is an excerpt from a speech that he gave in 1933:

War is just a racket. A racket is best described, I believe, as something that is not what it seems to the majority of people. Only a small inside group knows what it is about. It is conducted for the benefit of the very few at the expense of the masses.
I believe in adequate defense at the coastline and nothing else. If a nation comes over here to fight, then we’ll fight. The trouble with America is that when the dollar only earns 6 percent over here, then it gets restless and goes overseas to get 100 percent. Then the flag follows the dollar and the soldiers follow the flag.
I wouldn’t go to war again as I have done to protect some lousy investment of the bankers. There are only two things we should fight for. One is the defense of our homes and the other is the Bill of Rights. War for any other reason is simply a racket.

Consider Men In Their Vulnerability: On Scars And Cognitive Diversity

By Lindsey Ratha: Something happened that I haven’t been able to quite settle out. I have always compared myself to men and sought to understand where the differences lay. It has never been black and white, estrogen and testosterone. I’ve had a long-standing interest in hobbies and work environments that are predominately male, or traditionally male-dominated. I can go into this in more detail later, but this tendency led me to a gym-rat lifestyle and gave appeal to physical labor jobs.
When I took a landscaping job I was much more hesitant in driving truck and trailer than my male counter-parts, almost universally. And looking back, if I had received an insult or a slight from an impatient co-worker as I choked up some courage to try, I’d probably break. This is despite understanding the need for criticism and that these jab were intended to toughen weak spots, not kill the entire ego.

The root of this issue surrounding the shaming of men going their own way is a campaign by women and manginas to convince men to stay on the plantation. But many blue pill and purple pill men are impressionable to the words and ideas of people involved in things like Neomasculinity. Men that haven't swallowed the red pill completely yet still be persuaded by the shaming and lies of women. With regards to the the title of this video "Why Women Lie," thats the main thing I want to connect with the shaming behavior. Women lie to men for many different reasons. But the main lies women tell men are to boost our egos so they can get what they want from us.

Read more »
Posted by Angelo Agathangelou at 2:25 pm No comments:

Submitted by Tyler Durden: From the first sudden, and quite dramatic, appearance of the fanatical Islamic group known as ISIS which was largely unheard of until a year ago, on the world's stage and which promptly replaced the worn out and tired al Qaeda as the world's terrorist bogeyman, we suggested that the "straight to beheading YouTube clip" purpose behind the Saudi Arabia-funded Islamic State was a simple one: use the Jihadists as the vehicle of choice to achieve a political goal: depose of Syria's president Assad, who for years has stood in the way of a critical Qatari natural gas pipeline, one which could dethrone Russia as Europe's dominant - and belligerent - source of energy, reaching an interim climax with the unsuccessful Mediterranean Sea military build up of 2013, which nearly resulted in quasi-world war. 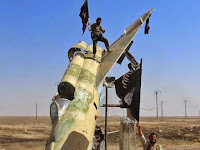 The narrative and the plotline were so transparent, even Russia saw right through them. Recall from September of last year:

If the West bombs Islamic State militants in Syria without consulting Damascus, LiveLeak reports that the anti-ISIS alliance may use the occasion to launch airstrikes against President Bashar Assad’s forces, according to Russian Foreign Minister Sergey Lavrov.

Read more »
Posted by Angelo Agathangelou at 1:07 pm No comments: 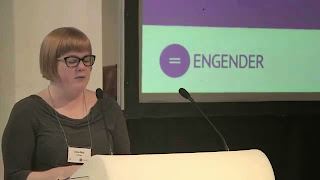 By Mike Buchanan: I confess I’d never heard of Engender before this afternoon, when I was doing some research on Nicola Sturgeon’s plans to have Scottish companies ‘voluntarily’ introduce gender-balanced boards. On the website’s home page we find:

A recent article in Holyrood, a current affairs magazine, included this:

Emma Ritch, executive director of Scottish feminist campaigning organisation Engender, said: “It’s perhaps an indicator of how far we have to go to achieve women’s equality that attaining 25 per cent board representation by women appears to have provoked such excitement.
“There is so much evidence that gender balance on boards drives better corporate performance (my emphasis) that companies who fail to appoint women are acting against their own best interests, and the interests of all of those who want to see better corporate citizens. It’s not quite time to cross quotas off the list of possible solutions.”

Read more »
Posted by Angelo Agathangelou at 10:39 am No comments:

Were Women Treated Like Chattel Back In The Day?

Being chattel wasn't so bad, considering.
6oodfella
Read more »
Posted by Angelo Agathangelou at 9:03 am No comments:

This Week In Feminist/SJW/Political Stupid

This country (UK) is going to Hell.
Sargon of Akkad
Read more »
Posted by Angelo Agathangelou at 7:05 am No comments: 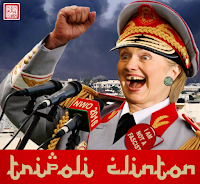 By Nomi Prins: The past, especially the political past, doesn’t just provide clues to the present. In the realm of the presidency and Wall Street, it provides an ongoing pathway for political-financial relationships and policies that remain a threat to the American economy going forward.
When Hillary Clinton video-announced her bid for the Oval Office, she claimed she wanted to be a “champion” for the American people. Since then, she has attempted to recast herself as a populist and distance herself from some of the policies of her husband. But Bill Clinton did not become president without sharing the friendships, associations, and ideologies of the elite banking sect, nor will Hillary Clinton. Such relationships run too deep and are too longstanding.
To grasp the dangers that the Big Sisx Banks (JPMorgan Chase, Citigroup, Bank of America, Wells Fargo, Goldman Sachs, and Morgan Stanley) presently pose to the financial stability of our nation and the world, you need to understand their history in Washington, starting with the Clinton years of the 1990s.

Read more »
Posted by Angelo Agathangelou at 5:39 am No comments:

Guess Who The World’s Real Nuclear Puppeteer Is

By Orwellians: Following mainstream reports here, a nuclear conference on creating a nuclear weapons-free Middle East has been sabotaged by no one else than….. the Israeli government. Yes, this is the world’s real nuclear puppeteer – as if you didn’t know already.

Following a call from Egypt to have Israel’s nuclear arsenal exposed to the world for inspection and safety compliance reasons the Israeli government must have pulled a secret (antisemitic??) card in Washington, London and Ottawa that prompted the U.S., the U.K. and Canada to “torpedo” the deals and the conference entirely.

Read more »
Posted by Angelo Agathangelou at 4:32 am No comments:

How Much Do They Steal?

Max Keiser and Stacy Herbert discuss the ‘if you ain’t cheating, you ain’t trying’ school of economics. ' In the second half, Max continues his interview with John Aziz (Twitter: @Azizonomics) about Keynesianism and what it could do for our sick economies.
Posted by Angelo Agathangelou at 3:08 am No comments: