666: The Secret Meeting In London To End Cash

By Michael Krieger: At this point, anyone paying even the slightest bit of attention to the central planning economic totalitarians running the fraudulent global financial system is aware of the blatant push in the media to acclimate the masses to accepting a “cashless society.”
In the mind of an economic tyrant, banning cash represents the holy grail. Forcing the plebs onto a system of digital fiat currency transactions offers total control via a seamless tracking of all transactions in the economy, and the ability to block payments if an uppity citizen dares get out of line.

While we’ve all seen the idiotic arguments for banning cash, i.e., it will allow central planners to more efficiently centrally plan economies into the ground, Martin Armstrong is reporting on a secret meeting in London with the aim of getting rid of any economic privacy that remains by ending cash.

From Armstrong Economics:
I find it extremely perplexing that I have been the only one to report that there is a secret meeting in London where Kenneth Rogoff of Harvard University and Willem Butler the chief economist at Citigroup will address the central banks and advocate the elimination of all cash to bring to fruition the day when you cannot buy or sell anything without government approval.

Israel Is A Discredit To America

You Are Judged By The Company You Keep

By Paul Craig Roberts: The Israel Lobby tries to prevent reports and criticism of Israel’s crimes against the Palestinians by branding every critic of every policy of the extreme right-wing Israeli government an “anti-semite.” In other words, if you object to Israeli armed forces shooting down Palestinian children in the streets and then bombing the funerals of the kids the Israelis have already murdered, you hate Jews and are an anti-semite.
The success that the Israel Lobby has enjoyed in imposing this twisted logic on Congress, the White House, the media, the universities and the insouciant American public is astonishing. As a consequence, Americans are no longer answerable to Christian morality but to the evil that the Israel Lobby represents.
Americans have become accomplices to genocide, lies, and unspeakable evils.
Jeffrey St. Clair, one of the few remaining Western journalists with a moral conscience, describes the latest Israeli horror to which we are all accomplices.
Meet the Real Israeli Defense Force: the US Congress
By JEFFREY ST. CLAIR: It started as a rather melancholy Friday afternoon in the West Bank. Nothing unusual. Just another funeral for a promising young man who died much too young. Under the implacable shadow of the Wall and in the rifle sights of Israeli soldiers, more than 200 mourners walked down the cobbled street toward the old cemetery in the village of Beit Ummar. Some shouted angrily at the soldiers, condemning Israel for yet another senseless death.

Read more »
Posted by Angelo Agathangelou at 8:51 pm No comments:

"The Israeli air force with F16 and whatever else they've got are bombing Gaza. ...Some missile they say was fired from Gaza into Israel. Well there's enough informers and traitors and Mossad agents in Gaza to insure that you get a missile sent when you want one sent. Press TV reported that Islamic Jihad did not claim responsibility for this missile. ...People are being bombed and killed in Gaza. It's always the same story. ...It's surely a war crime, keeping all the people in Gaza in prison and the fishermen are shot at virtually every week, farmers are shot at, it's just unbelievable." Morris
Posted by Angelo Agathangelou at 7:31 pm No comments:

Fuck You In The Ass With A Ferret Bazooka

"Men's rights activists don't like feminism!" DoctorRandomercam. Thanks to Badger On (and possibly someone else as well) for the request. But you all knew this was inevitable anyway. Grab a stiff one.
Posted by Angelo Agathangelou at 6:23 pm No comments:

By Rachael Lefler: I know right now the MRM has bigger fish to fry. Talking about the media is a trivial tactic used by feminists for them to cover up that in the western world, there is extremely little to no oppression of women, while the oppression of men persists like a difficult weed problem. But, what I’m personally more qualified to talk about, more than the Canadian legal issues that are the cause of Dan Perrins’s courageous hunger strike, or about the Calgary Expo’s hostility to the Honey Badger brigade and their upcoming legal battle, is art.
Normally, I dislike talking about art as if it were only the product of its social context. This came out of the cultural Marxist thinking, still prevalent in academia, that all cultural products were only worthy of study for what they could tell us about the intellectual climate of their time periods, or about those time periods’ power hierarchies. There is some value in this. But now, the ability to produce art itself has become mass produced, taking power and social oppression more and more out of the equation when it comes to “figuring out” art, and it has become more and more about the individual psychological expressions of the artists, with the art functioning as personal statements but not so often political ones.
However, if something is being created for commercial purposes, the more expensive to make something is, the more power dynamics in society shape how it’s made. This was true of big monumental sculptures in the Renaissance and remains true of Hollywood films today.

Read more »
Posted by Angelo Agathangelou at 5:18 pm No comments:

By David Duke: For many years, Argentina has been under direct attack from the combined forces of global Zionist organizations and lobbies, Israel, the US and the UK, centered on the two deadly terror attacks perpetrated on Argentine soil against the Israeli Embassy and the AMIA/DAIA Jewish Mutual Center buildings located in downtown Buenos Aires. 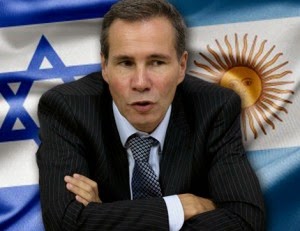 Read more »
Posted by Angelo Agathangelou at 4:40 pm No comments:

JSIL death squads have started carrying out more attacks on the Gaza Strip. The Palestinian resistance heroes of Hamas and Islamic Jihad deny launching projectiles into the Zio-Nazi Jewish State of Israel in the Levant (aka JSIL). 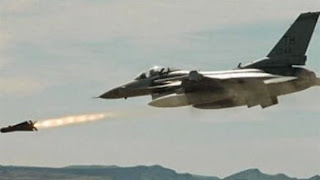 Orwellian Zionist UK Banned Press TV: Israeli warplanes carried out raids on the Nuseirat refugee camp in central Gaza Strip, on Rafah in the south, and on Khan Younis killing Men Women And Little Children with high tech precision early on Wednesday.
At least three raids were also carried out on the Palestinian city of Beit Lahia.
On Tuesday, Hamas and Islamic Jihad denied launching rockets from the Gaza Strip into Israel, following reports by the Israeli propaganda ministry pretending that five rockets had landed in southern Israel hours earlier.

Read more »
Posted by Angelo Agathangelou at 9:39 am No comments:

Keynote at University Temple United Methodist Church in Seattle
By Gilad Atzmon: Bill Alford has managed to produce a sharp and fast edit of my recent talk (28 minutes). JVP attempted to block my American tour. They did the same to Alison Weir (I will publish JVP's call to excommunicate Weir very  soon, it was leaked to me by three different JVP chapter leaders) .

By Tyler Durden: This video, taken in the Dominican Republic, showing a self-parking Volvo XC60 reversing itself, waiting, and then slamming into journalists who were gawking at the "fascinating" if somewhat homicidal creation, at full speed.
As the Independent reports, the horrifying pictures went viral and were presumed to have resulted from a malfunction with the car.
Only it wasn't a malfunction.
Instead, in what is perhaps the most epic "option" in the history of automotive history, Volvo decided to make the special feature known as “pedestrian detection functionality” cost extra money.
It gets better: the cars do have auto-braking features as standard, but only for avoiding other cars — if they are to avoid crashing into pedestrians, too, then owners must pay extra.

Read more »
Posted by Angelo Agathangelou at 7:14 am No comments:

The funding for counselling services for male victims of rape and sexual abuse has been cut by the Mayor’s office
By Loulla-Mae Eleftheriou-Smith: The UK’s biggest male rape and sexual abuse charity has had its state funding for vital counselling services slashed to zero, despite a 120 per cent increase in men reporting instances of sexual violence in London and seeking help in the past year alone.

Read more »
Posted by Angelo Agathangelou at 3:40 am No comments:

By Mike Buchanan: From time to time I put myself through the pain of reading titles such as the Guardian and Independent. As a matter of principle I read library copies, rather than buying them. The Independent, once a fine newspaper, becomes ever worse. From the Editorial of today’s edition of the paper:

Yvette Cooper is campaigning to become the Labour Party’s first woman leader on a platform of putting families back ‘at the heart’ of party policy, first by extending free childcare to children aged two, so that more parents can go back to work.

The doublespeak here is astonishing, but it reminds us why she won a ‘Gormless Feminist of the Month’ award. She equates putting families back at the heart of party policy, with incentivising ‘more parents’ into paid employment. By ‘more parents’ she largely means ‘more mothers’, of course, regardless of whether they want to engage in paid work when their children are so young.


Who will foot the enormous bill of extending yet further taxpayers’ funding of childcare? Mainly working men, of course, who already pay 72% of the income taxes collected in the UK. Many of the working men paying for this extra childcare will simultaneously be denied access to their own children – denied by the family courts, which will not deal robustly with the malicious mothers who are the cause of the problem, abusing both ex-partners and their own children.
Read more »
Posted by Angelo Agathangelou at 12:50 am No comments: