Feminism: Saving The World From Evil

By Kevin Weinberg: Debbie Irontwat took a deep breath as she prepared to storm the White House with her brave she-warriors. After years of rereading Jane Austen novels and taking elective classes in Fem Lit at her local community college, she now had enough experience and expertise to tell the president how to run the country. All she needed to do was have the White House spokesperson pass on her ideas—which he’d already agreed to do.
It was time to kick some gender-neutral butt.
Debbie marched into the White House, her fellow feminists at her side. A man greeted her at the door. “May I help you ladies?”
Wow, they’re insulting me right off the bat, Debbie thought.
“If by ‘ladies’, you mean vagina-bearing persons of the x-chromosome—or just vbpotxcs—then yes. I was invited to speak with the White House spokesperson after my petition on Feminismistheonlywaytoequality.com gained enough signatures.”
“Right this way please, ma’am.”

Read more »
Posted by Angelo Agathangelou at 10:38 pm No comments: Links to this post

Amidst the media storm surrounding Hillary Clinton's presidential bid, Stefan Molyneux identifies the larger patterns within the Clinton Cash/Clinton Foundation controversy. Are the Clintons corrupt? What does their questionable behavior say about politics as a whole? Learn about the practice of selling power in this latest installment of True News.

Read more »
Posted by Angelo Agathangelou at 9:08 pm No comments: Links to this post 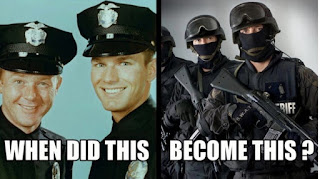 By Michael Krieger: A couple of months ago, I highlighted the horrifying fact that U.S. police killed more civilians in March than UK police killed in 100 years. With May 2015 in the history book, we now have some updated stats, and the results are not pretty. 464 Americans have been killed by police so far this year, which amounts to more than three deaths every single day. If you don’t think this is a problem, I don’t know how to help you.
The Guardian put together an incredible list of all 464 people killed by date, as well as a summary of the circumstances of their deaths.

You can check out the details here.

Read more »
Posted by Angelo Agathangelou at 7:53 pm No comments: Links to this post

False Accusations Make Victims Of Us All

By EJ Spurrell: In 2009, a girl I once knew named Tami Zall reported that she had been the victim of a violent and random sexual assault in her own apartment by a strange man in the city of Abbotsford, British Columbia. The Abbotsford Police Department, in response to such a serious situation, expended numerous resources conducting a search and calling in major crime detectives and forensic identification units to catch this person. The response was swift and picked up by media sources all across British Columbia’s Lower Mainland, creating a public response of fear and an outcry of support for the girl. In light of the tragedy that occurred in Abbotsford fifteen years earlier with the murder and sexual assault of Tanya Smith and the attempted murder of her friend Misty Cockerill, Abbotsford residents genuinely feared the risk of another psychopath roaming the streets.

The difference, of course, was that Terry Driver, the Abbotsford Killer, had actually committed the crimes. In Zall’s case, it was entirely fabricated. Her false report wasted the valuable time of the police, and instilled fear in a public still concerned about the emergence of another psychopath.
Fast forward to today, and we see that Zall’s situation is not at all unique, especially in light of the Morgan Triplett Hoax, in which a young lady solicited a stranger on Craigslist to beat her up in exchange for sex, the rape threat perpetrated by Meg Lanker-Simons… against herself and the now-infamous UVA rape hoax.

Don't feel bad for me, because if you're an anti-feminist too, then you're probably a real feminist just like me. 6oodfella
Posted by Angelo Agathangelou at 3:20 pm No comments: Links to this post

World Rule By The Corporations

By Paul Craig Roberts: The Transatlantic and Transpacific Trade and Investment Partnerships have nothing to do with free trade. “Free trade” is used as a disguise to hide the power these agreements give to corporations to use law suits to overturn sovereign laws of nations that regulate pollution, food safety, GMOs, and minimum wages.
The first thing to understand is that these so-called “partnerships” are not laws written by Congress. The US Constitution gives Congress the authority to legislate, but these laws are being written without the participation of Congress. The laws are being written by corporations solely in the interest of their power and profit. The office of US Trade Representative was created in order to permit corporations to write law that serves only their interests. This fraud on the Constitution and the people is covered up by calling trade laws “treaties.”
Indeed, Congress is not even permitted to know what is in the laws and is limited to the ability to accept or refuse what is handed to Congress for a vote. Normally, Congress accepts, because “so much work has been done” and “free trade will benefit us all.”
The presstitutes have diverted attention from the content of the laws to “fast track.” When Congress votes “fast track,” it means Congress accepts that corporations can write the trade laws without the participation of Congress. Even criticisms of the “partnerships” are a smoke screen. Countries accused of slave labor could be excluded but won’t be. Super patriots complain that US sovereignty is violated by “foreign interests,” but US sovereignty is violated by US corporations.

Little Palestinian Children Are Being Tortured In Israeli Jails

A Palestinian lawyer has slammed Israel for violating international conventions on children’s rights, saying the minors are being interrogated, beaten and tortured in a “heinous” way by Zio-Nazi Israeli green shirts. 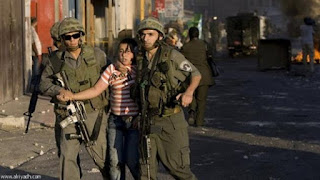 Orwellian UK BANNED Press TV: Hiba Masal-ha, a lawyer for the Palestinian Committee of Prisoners Affairs, said Sunday that Israeli soldiers “violently” beat and torture teenage detainees during questioning.
According to Masal-ha, who visited 68 teenagers in Israeli’s Megiddo prison, minors were “terrified, threatened and blackmailed”.
Most of the abuses took place during questioning in al-Jalama interrogation center.
At least 182 Palestinian minors are reportedly locked up in Israeli concentration camps, including 26 below the age of 16.
In 2014, the International rights group Defense for Children said Israeli authorities have denied legal counsel to 93 percent of the little kids.

Authoring Your Own life

By Peter Wright & Paul Elam: Harnessing men’s utility can be witnessed from the erection of Stonehenge to the Roman Empire to the moon landings. Cures for diseases and vaccines to prevent them happened from the intensely intelligent actions of the human male. Exploring new territories and engineering the transport to send people to new places has changed the world, almost all of it through risk and hardship borne by men. Men have driven civilization forward since we first walked away from the African savannah.  Men’s blood, sweat, tears and sacrifices are the fuel rods that have always driven the big machine of our society.
Conditioning men, training them to do that, was necessary.
If the world wanted to continue its forward march it needed to entice little boys with fictions of glory that would forge their identities as the architects and the engineers of the world around them. It was an easy sell given the perhaps innate tendency in males to risk and to accomplish more than the man next to him.

By Tom Winnifrith:  Jim Mellon says that the Greeks should build a statue in my honour as on Friday I opened a bank account in Greece and made a deposit. Okay it was only 10 Euro, I need to put in another 3,990 Euro to get my residency papers so I can buy a car, a bike and a gun, but it was a start. But the scenes at the National Bank in Kalamata were of chaos, you could smell the panic and they were being replicated at banks across Greece.
For tomorrow is a Bank Holiday here and if you are going to default on your debts/ switch from Euros to New Drachmas a bank holiday weekend is the best time to do it. And with debt repayments that cannot be met due on June 5 (next Friday) Greece is clearly in the merde. If it defaults all its banks go bust.

By Isaac T. Quill: In the March 2015 Spectator Australia  “Lynched by the feminist mob-ette“,  Dr. Tanveer Ahmed used a phrase that would have bankrupted all of Las Vegas, it rang so many cherries.

So many will look at that sentence and see nothing of significance, and yet “recommitment program” is a key to unlock the Pandora’s Box of the institutionalisation that is White Ribbon Australia. I actually see no hope in that box either.

Read more »
Posted by Angelo Agathangelou at 3:45 am No comments: Links to this post

Voice Of Europe For Men And Boys - The News Hour

Rape of males in the UK more than double since 2012, conservative government responds by cutting all funding for support of men and boys. Voice of Europe is transforming as a show with a view to become even more news-centered than before. This episode is the first in the transitioning series.

Read more »
Posted by Angelo Agathangelou at 12:51 am No comments: Links to this post