We know the NHS is deeply anti-male, even with respect to recruitment of medical students.

By Mike Buchanan: 70% of medical students today are women, though female doctors will typically work only half the hours over their careers, compared with their male colleagues. The bottom line? Two women have to be trained as doctors to get the same work output as one man produces, at twice the cost of training to be picked up by taxpayers – still, no problem there, men pay only 72% of the income taxes that finance this social engineering experiment, which has been so disastrous for NHS patients. Only £68 BILLION more than women every year.
My thanks to David for pointing me towards a remarkable example of anti-male sexism, on a NHS website providing guidance to people considering being sterilised, or women considering having an abortion. His email takes up the remainder of this blog piece:
“Hi Mike,
I was browsing the NHS website recently and thought you might be interested in examples of casual sexism I found. The NHS website guidance on vasectomies is here. In the section ‘Before you decide to have a vasectomy’, we find this:
If you have a partner, discuss it with them before deciding to have a vasectomy. If possible, you should both agree to the procedure, but it is not a legal requirement to get your partner’s permission…

Max Keiser and Stacy Herbert discuss the £24 billion property puzzle in the UK. (aka Ponzi scheme!)

Unsurprisingly a new radical feminist study has concluded that the UK family courts do not discriminate against divorced fathers when it comes to access to their children, but the experience of many men suggests otherwise!

By Glen Poole: So it’s official then. The University of Warwick has spent £100,000 researching the family courts in England and Wales and concluded they don’t discriminate against fathers.

As someone who has been helping dads navigate the complexities of the family courts for over a decade, I was both shocked and unsurprised at the findings.
I was shocked, because when you repeatedly see discrimination against dads with your own eyes, it can be baffling when professionals claim it doesn’t exist. And then I’m not surprised, because the gender political world of family breakdown has long produced an endless list of “experts” who claim that the courts don’t discriminate against separated dads.
When such claims are made, many people read the headlines, such as “Anti-father bias is a myth” or “Men are treated fairly by courts”; but few of us ever look at the actual research.
If we did, this is what we could learn from the latest “evidence” on the way men are treated by the family courts. 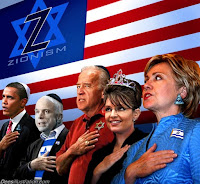 By Orwellians: When the neo-con-artists runnung the US government announced their feminist raid, that never happened, on ISIS its oil man Abu Sayyaf, the Delta Force team was credited for freeing a Yazidi slave. According to the Kurdish Rudaw news outlet, on June 1, she is about to be set free once again on Monday. You’d expect this to be a newsworthy topic for the western media since they have so eagerly defended the narrative of the (non existing) Abu Sayyaf raid in Syria, while praising the US government for this dangerous yet successful (NOT!!) feminist mission.

Peculiarly the media hasn’t picked up the Rudaw news item and has yet to put this alleged Yazidi slave into the spotlight after allegedly being interrogated at the US consulate in Erbil.
The fact that the media, as of this writing, is not willing to pay any attention to the Yazidi slave story is an indication that they and the US government believe that the Abu Sayyaf raid narrative has successfully been sold to the public and given the equal silence from their “alternative” counterparts it seems the establishment press is right. People have bought the latest feminist neo-con-artist lie once again. Unbelievable but true.

Read more »
Posted by Angelo Agathangelou at 12:13 pm No comments: Links to this post

The Empire Was Temporarily Defeated In Macedonia

By Paul Craig Roberts: Global Research has made available an English translation of Andrew Korybko’s interview with the Macedonian NetPress. Washington’s color revolution for Macedonia has failed for now. Korybko describes how Washington-funded NGOs are used as Fifth Columns to destabilize and to overthrow governments in order to bring countries under Washington’s control. Korybko also explains that Washington’s activity in the Balkans is directed at preventing the Russian natural gas pipeline that would supply Europe with energy. Washington is determined to prevent economic relationships between Europe and Russia that could result in a lessening of Washington’s hold on Europe. With Albania and Bulgaria already in Washington’s pocket, with Washington operative Zoran Zaev creating problems for Macedonia, and with Greece itself possibly vulnerable to a color revolution, Macedonia can expect to experience continuous destabilization attempts by Washington. 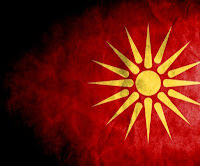 It is testimony to Washington’s control over Europe that European politicians support
Washington’s intent to deprive Europe of an energy source even when there is no available alternative. To please Washington, Europeans will even shoot themselves in the head.

Most Americans are uninterested in Macedonia. Nevertheless, Americans should find of interest this depiction of Washington’s subversion of other countries, always, of course, hidden behind the cloak of “bringing freedom and democracy.”

MHRM: The Voice Of Europe news

Jon Gunnarsson, Lucian Vâlsan and James Huff, going through the events of the last week. British courts are to assume that women who drink suddenly turn into children – but only when they have sex; Romania pulls a Sweden and bans an internationally awarded auto commercial and an Italian court recently went against a mother’s will with regards to the son’s alimentation at the request of the father. The trend discussed in this show: The ever harsher “sexting” laws and if they’re really what we want as societies.
Posted by Angelo Agathangelou at 6:00 am No comments: Links to this post

Forget The TPP - Wikileaks Releases Documents From The Equally Shady “Trade In Services Agreement,” Or TISA

'Basically, if you think the corporate-fascist
state is overbearing and oppressive now,
you ain’t seen nothing yet.' 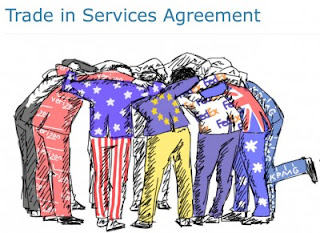 If it sounds complicated, it is. The important point is that this trade agreement contains a crucial discussion of governments’ abilities to meaningfully protect civil liberties. And it is not being treated as a human rights discussion. It is being framed solely as an economic issue, ignoring the implications for human rights, and it is being held in a classified document that the public is now seeing months after it was negotiated, and only because it was released through WikiLeaks.

Read more »
Posted by Angelo Agathangelou at 4:34 am No comments: Links to this post

Men And Women Are Held To Different Standards #04

Two almost identical cases, with one major difference, the sexes involved. So the outcome should similar then, right? 6oodfella