Social Justice And The Death Of Reason

There is a war between genders right now, but the real target is rationality and Enlightenment. The war will be lost as long as the general public continues to not care. Feminism LOL

By Paul Craig Roberts: In my column for the 800th anniversary of Magna Carta http://www.stgeorgewest.blogspot.co.uk/2015/06/happy-birthday-magna-carta.html, I wrote: “A number of legal scholars have made the irrelevant point that the Magna Carta protected rights of the Church, nobles, and free men who were not enserfed, a small percentage of the population in the early 13th century. We hear the same about the US Constitution–it was something the rich did for themselves. I have no sympathy for debunking human achievements that, in the end, gave ordinary people liberty.”

My celebration of this document was reposted today on a number of websites including as far away as Hong Kong. But the New York Times and a dolt of a law professor at the University of Chicago named Tom Ginsburg chose to debunk the Magna Carta on its 800th anniversary. “Stop Revering Magna Carta,” Ginsburg tells us. http://www.nytimes.com/2015/06/15/opinion/stop-revering-magna-carta.html
Ginsburg alleges that the Magna Carta “wasn’t effective. In fact, it was a failure.” The law professor maintains that Magna Carta’s fame rests on myths, not on reality.
What absolute nonsense. In this age of American Caesars, we need to celebrate the Magna Carta, not debunk it.
The Magna Carta is the most important document in Anglo-American history.

Bilderberg 2015 - Where Criminals Mingle With Politicians

Out at my car I couldn’t be bothered to get into the whole ‘probable cause’ thing so I flung open the doors and with as much good cheer as I could muster, said: “Help yourself”. They did. While one set of police searched my car with their torches, another lot clustered round me and asked me questions: “Where do you live? What are you doing here?” I’m a journalist and I live in a police state. What about you?
A little while later, bored and a bit cold, I decided to point out to the officers that while they were treating a journalist like a criminal, there were actual criminals about to arrive at the hotel they were guarding. Convicted criminals. Such as disgraced former CIA boss, David Petraeus, who’s just been handed a $100,000 (£64,000) fine and two years’ probation for leaking classified information.
I decided to reward their vigilance with a chat about HSBC. The chairman of the troubled banking giant, Douglas Flint, is a regular attendee at Bilderberg, and he’s heading here again this year, along with a member of the bank’s board of directors, Rona Fairhead. Perhaps most tellingly, Flint is finding room in his Mercedes for the bank’s busiest employee: its chief legal officer, Stuart Levey. A Guardian editorial this week branded HSBC “a bank beyond shame” after it announced plans to cut 8,000 jobs in the UK, while at the same time threatening to shift its headquarters to Hong Kong.

By Janet Bloomfield (aka JudgyBitch): I’m not much of a sporty person and never have been. When forced to play team sports in highschool I would half-heartedly pass the ball around and I took every opportunity to score on my own net, invariably resulting in the more athletic girls pleading with the coach to let me sit on the bench and read. I had my period 6 or 7 times a month at least, so I could sit out on account of “cramps”. 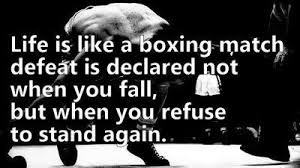 It’s not that I’m not physically fit – I am. And it’s not that I lack competitive spirit – I can be very focused on winning. In highschool, I was on a competitive swim team and we trained from 6-8 AM every weekday morning and again from 4 – 6 PM every evening. On Saturdays, we ran triathlons.
I just hate team sports, and I always have.
My normal exercise is to run outdoors – I run between 3 and 5 miles, 5 or 6 days a week. Lately, my knees have been protesting the regular pounding, so I have decided to move my workout into a gym. If there is anything I hate more than team sports, it’s gym rat culture. Totally not my scene. My children are all enrolled in MMA classes and I thought I might like to join them, but I also hate the zen/spiritual aspect of most formal martial arts, and I am not bowing or practicing deep breathing or feeling at one with the energy of the universe.

"Mr Platini once visited Palestine and he sent me equipment and it was kept in the Israeli airport for 16 months and I had to pay $32,000 as a ransom in order to release the equipment that was €8,000! ...I don't want to talk about humiliation, racism and so on, dear colleagues I want a mechanism of monitoring, you the congress not the vice president or even the president with all my respect to them, because two years they failed, as I want a committee nominated to follow up what's going on the ground. The second one the issue of racism, I think it is time now to raise the red card for racism, humiliation in Palestine and everywhere!" Said the president of Palestinian Football to cheers from across the auditorium.

Posted by Angelo Agathangelou at 2:18 pm No comments: Links to this post

By Gilad Atzmon: A leading academic group has slammed the University of Illinois for refusing to employ a professor over his anti-Israel tweets.
The American Association of University Professors says the decision to withdraw Steven Salaita’s job offer is against the principle of academic freedom. Salaita lost the opportunity over his Twitter posts which exposed Israel’s atrocities in the Gaza Strip. The group has described Salaita’s tweets as expressions of outrage in strong language over the war in Gaza. The University’s chancellor has reacted to the censure, saying it will have repercussions and will be taken seriously.

Posted by Angelo Agathangelou at 12:16 pm No comments: Links to this post

By Mike Buchanan: It’s estimated that if male criminals were treated as leniently as female criminals, five out of six men in British prisons wouldn’t be there. The male prison population would fall from around 81,000 to around 13,000.
Today we’re posting an open letter to Michael Gove MP, Justice Secretary, along with two pieces by William Collins, UK Prisoners – The Genders Compared and The Corston Report – A Case Study in Gynocentrism.

This is by way of being an Addendum to the last post on the gender bias in our criminal justice system. In 2007 the Home Office published a report by Baroness Corston on the treatment of women within the UK criminal justice system, especially prisons, known as The Corston Report. This report contains my all time favourite feminist quote,

Equality does not mean treating everyone the same.

I kid you not. The Baroness liked the sound of that so much, she used it twice. Some animals are more equal than others: it’s right there on the page.
The thrust of the report’s recommendations are for a more understanding, caring, compassionate treatment of female offenders. I could be persuaded that many of the report’s recommendations are good ideas. I tend to think that there must be something more constructive that could be done with offenders than simply have them sit in prison, bored to death, doing nothing for months or years. But I have one little problem with the report. This caring, compassionate and understanding approach is for women only.

You Must Always Try To Jail Break From The Corporation !

You don't need an Attorney to be in good Health, it is an Insurance to finance your Flights to new heaights with no Taxes and no Loans to Donate your self a good health and you will be hosting no rehab nor transfer of wealth , it is as easy to use as a software, investing in your health recovery is the best treatment. askluimarco
Posted by Angelo Agathangelou at 6:11 am No comments: Links to this post

Robert Foster presents an express Rap News Call Out report featuring correspondent Ken Oathcarn, who's found himself in one of the most incredible areas of natural beauty in the world - the Great Barrier Reef! But alongside the beauty of the environment, destruction is looming, as the coal industry threatens to tear into this ancient living structure to extract minerals from inland and export them. Surely they won't be allowed to do such a thing? Well, that very much depends on you...

It's all getting dumber than my head can take. So I'm going to have a chat with an old friend. "If you are born with it, it is right! ...Just don't fuck any kids!" DoctorRandomercam

Read more »
Posted by Angelo Agathangelou at 3:16 am No comments: Links to this post

The Bitches Who Are Stealing The Sun

By Don Quijones: To protect entrenched oligopolies, Spain’s government makes it almost impossible for small businesses and households to generate their own solar power.
If there’s one thing we should have learnt from this extended period of post-crisis drudgery, it is that there is no limit how far our elected governments will go to protect the interests and privileges of oligarchs and oligopolies. In Spain, the government will even steal the sun’s rays to protect the country’s energy plutocracy. 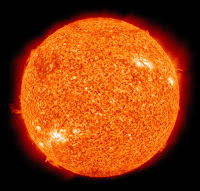 Now the Spanish government is planning to tax homes that produce their own energy through solar power and store some of it using batteries. El País reports:


A draft decree prepared by the Industry, Energy and Tourism Ministry establishes a new fee to discourage the use of batteries or other storage systems by people who produce electricity, with solar or photovoltaic panels for instance, and who are connected to the national power grid.
This latest royal decree follows on the heels of an earlier one announced in 2013 that levied a tax solely on those who generate their own electricity. Once passed into law, intrepid small-time energy producers will be forced to pay a backup toll for the power from their solar panels, in addition to the access toll paid by everyone who consumes electricity from the conventional grid.
What’s worse, in order to figure out who is producing what level of energy (and, of course, how much to tax it), all solar panels would have to be hooked up to the grid. Energy producers who don’t connect to the grid could face a fine of up to 30 million euros (yes, seven zeros!).