A New Psychology For men?

By Peter Wright: Psychology clings to a universal model – that men are incorrigibly flawed and require a dismantling of their identities, habits, and preferences before being reconstructed according to a feminist model of masculinity. All modern therapies have this basic premise in common.

For example, one of the more popular models of men and masculinity to emerge in the last 20 years, promoted as A New Psychology of Men, is described in the following terms by one of its founders:

The new psychology of men has emerged over the past 15 years within the larger fields of men’s studies and gender studies. Informed by the academic breakthroughs of feminist scholarship, the new psychology of men examines masculinity not as a normative referent, but rather as a problematic construct. In so doing, it provides a framework for a psychological approach to men and masculinity that questions traditional norms of the male role and views some male problems as unfortunate byproducts of the male gender role socialization process.1

Since it’s inception this “new” psychology of men has restated traditional gender stereotypes about men; that they are flawed, violent, emotional primitives in need of reconstruction. This supposedly “new” model has also been developed into a training course teaching therapists how to effectively work with men.

Read more »
Posted by Angelo Agathangelou at 11:28 pm No comments: Links to this post

DoctorRandomercam: Consider the logic gate "Thereby." Change Yourself - THEREBY - Change the World - THEREBY - Change the Viewpoints of Others. Before you conclude that the ways in which you change yourself are suitable with this model, first make sure you're not trying to go backwards through the gates. Because you can't do that.

Father’s Day: First I Feared Him, Then I Loathed Him, Then I Forgave Him And Now I Take Care Of Him: The Story Of My Father And Me 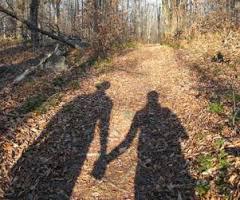 By Janet Bloomfield (aka JudgyBitch): My father was born in 1938 during WWII in a small town outside a large city in Germany.  He was the only son in a family of ten children.  He was six years old when the war ended in 1944, and his earliest memories are of houses burning, being painfully hungry and soldiers marching. Dad and his sisters suffered through extreme food deprivation, as did countless others.  Indeed, he experienced such severe malnutrition that his growth was permanently stunted and he reached an adult height of only 5’4, despite the fact that his father and grandfather and uncles were all well over 6’.  He has huge hands and incredible upper body strength, a testament to the physical man he might have been.
He witnessed horrors we can barely comprehend, including the deaths of four of his sisters.  They did not just die, they died in front of him.  Dad is not forthcoming with war stories, and I have never heard the exact circumstances under which he lost his sisters.  It is simply too painful, all these years later, to recount.  One story he will tell is watching a Russian tank burn, and seeing desperate soldiers escape through the hatch, only to be beaten to death at the roadside by old women with shovels and hammers.

Read more »
Posted by Angelo Agathangelou at 8:06 pm No comments: Links to this post

By Ray Barry: This morning, Fathers Day, 21st June 2015,  a Real Fathers For Justice activist Simon Anderton climbed up 180 feet to the top of Newcastle’s iconic Tyne Bridge. Once there he unfurled a 25ft purple banner printed 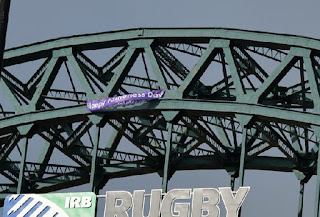 The ‘Fatherless day’ protest is to raise awareness of the tens of thousands of children unable to have a loving relationship with their dad on father’s day because family court orders are worthless.


Simon (56) now a grandfather himself, works as a labourer on a zero hour contract. He is a father to 3 girls and 2 boys. He has not seen his youngest 2 girls for 14 years; he sold his modest terraced house to fund his family court battle and now lives with his elderly mother in the Heaton suburb of the city.


On the verge of bankruptcy, he started campaigning after giving up his court case when the judge could not ensure ordered weekly contact took place. A veteran of many high profile protests, Simon has scaled Westminster Abbey, spent 9 days on roof of Metro Radio studios and occupied the Tyne Bridge for 3 days in 2008.
Read more »
Posted by Angelo Agathangelou at 6:29 pm No comments: Links to this post

Max Keiser and Stacy Herbert discuss relying on insiders and whistleblowers for truth about monetary policy and central bank crimes as lame-stream financial media outlets just report what they believe is the position of the central bank that day. In the second half, Max interviews tech pioneer, Halsey Minor, about BitReserve.org, cloud money and the crushing of forex and remittance markets by bitcoin and the blockchain.
Posted by Angelo Agathangelou at 5:26 pm No comments: Links to this post 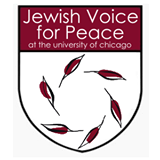 By Ned Rosenberg: JVP has disassociated from a number of activists working for the liberation of Palestinians, including Gilad Atzmon, Greta Berlin (founder of Free Gaza) and now Alison Weir, who seeks to disseminate unbiased information about IP through her website If Americans Knew.org and presentations.  JVP’s recent public statement concerning Weir specifically, credited to Anonymous, is a confused document.  I examine some parts of this statement.   Gilad Atzmon has commented insightfully on this public statement already and I will simply try to add to his work.

Alison’s mistake was her appearance on 'Clay Douglas’s white supremacist radio show' five years ago.  JVP’s statement throws down the anti-racist gauntlet “… Clay Douglas is concerned primarily with the survival of the White race and sees malign Jewish influence everywhere. His racist, anti-Jewish, and anti-gay rhetoric can be found across the front pages of his multiple websites.”  Yet, transcribing this pronouncement suggests a very different racism:   “JVP is concerned primarily with the survival of the Jewish race and sees malign gentile influence everywhere.  JVP’s racist, anti-gentile rhetoric can be found across its website, including ideological statements condemning “Americans,” and assaults on other activists who step outside its  boundaries.”  Alison is further cited for failing to defend Jews when Douglas launched into The Protocols of the Elders of Zion.   As Gilad notes, Alison has no duty to defend Jews, especially given her devotion to Americans, as such.

Read more »
Posted by Angelo Agathangelou at 4:16 pm No comments: Links to this post

By Matt O’Connor: Today, on Father’s Day, Fathers4Justice is launching a new political and social Manifesto, calling for the creation of a new government post, a Minister for Men and Boys.
As a father of three boys, who experienced difficult, life-changing problems during my divorce I understand better than anyone the lack of support for men and other family members suffering from the cancer of family breakdown.
Nothing can prepare you for the living bereavement of losing your children.
It is hardly surprising that so many fathers become depressed, turn to drink and become suicidal when faced with this catastrophic loss. Yet no man wants to admit to suffering from deeply personal problems like depression. 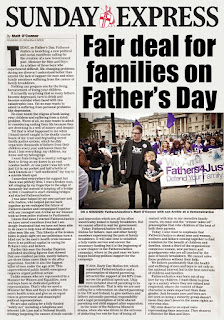 No man wants the stigma of both losing your children and suffering from a drink problem. Worst of all, no man wants to admit to considering ending their life because they are drowning in a well of misery and despair.
Yet that is what happened to me when I found myself caught in the deadly tractor beam of our cruel and degrading secret family justice system, which forcibly separates thousands of fathers from their children every year and leaves them for dead. I lost everything: my children, my home and my belongings.
I went from living in a country cottage in Kent to living on my knees in an east London bedsit. At one point, I was left with just £15 in my pocket and half a bottle of Jack Daniels, as I “self-medicated” my way to a suicide black spot.

The Man Behind An Encrypted Network That Will Take Down Facebook

Luke Rudkowski talks to the CEO and one of many people behind minds.com a new opensource encyrpted social network that many are saying will destroy facebook. The new social network took off and gained popularity when anonymous groups started to endorse it and now many people are signing up.
Posted by Angelo Agathangelou at 6:39 am No comments: Links to this post

One day, just one tiny little day is all we get, and they can't even let us have that. 6oodfella
Posted by Angelo Agathangelou at 4:28 am No comments: Links to this post

The United States has pursued empire since early in its history, but it was the Soviet collapse in 1991 that enabled Washington to see the entire world as its oyster.
The collapse of the Soviet Union resulted in the rise of the neoconservatives to power and influence in the US government. The neoconservatives have interpreted the Soviet collapse as History’s choice of “American democratic capitalism” as the New World Order.
Chosen by History as the exceptional and indispensable country, Washington claims the right and the responsibility to impose its hegemony on the world. Neoconservatives regard their agenda to be too important to be constrained by domestic and international law or by the interests of other countries. Indeed, as the Unipower, Washington is required by the neoconservative doctrine to prevent the rise of other countries that could constrain American power.
Paul Wolfowitz, a leading neoconservative, penned the Wolfowitz Doctrine shortly after the Soviet collapse. This doctrine is the basis of US foreign and military policy.
The doctrine states:
“Our first objective is to prevent the re-emergence of a new rival,

There was a video which really riled my sensibilities today and it's called, Jewish Mothers Banned From Driving in London. Basically it turns out that a bunch of women don't want other women to drive and this female presenter goes off on the 'oppression of women' speech completely forgetting that in this case that it is women oppressing women.