MGTOW: Evolutionary Psychology And Behavioral Ecology: A Pseudo-Response To John The Other

Turd Flinging Monkey: A pseudo-response to John the Other's video calling Evolutionary Psychology a pseudoscience. If someone is going to defend evolution, it might as well be a talking monkey!

By Peter Wright: The Greek goddess Hera was the patroness of marriage, status, and social power, and as I hope to demonstrate here, a goddess appropriate to feminism too. By analyzing the character of a goddess we follow the late psychologist James Hillman’s suggestion that “Mythology is psychology in ancient dress,” – ie. it gives us insight into human nature, and more specifically into the nature of feminism.
No other goddess in the Greek pantheon comes close to capturing the activities we associate with feminism – not the warlike independence of the Amazons, not the esteemed motherhood of Demeter, and not the allure of Aphrodite. These are merely peripheral topics taken up by a feminism that is concerned with securing multiple varieties of power, and Hera is the goddess I’m going to finger for that role.
Marriage
Hera was first and foremost a goddess of marriage, or rather the goddess of marriage. Under her sign marriage tamed men to great advantage of the Greek State – and the State in turn extended honors to her cult. In parts of Greece men could not be recognized as citizens until the day of their marriage, thus enticing men to marry and providing a means for Greek cities to continue reproducing the citizen-estate – not to mention securing a ready supply laborers, taxes and military personnel to boot. James Hillman writes,

Marriage belongs to the state; it belongs to society, to the community.

One of the ships with an aid flotilla headed toward the besieged Gaza Strip was “sabotaged” before leaving for the Israeli-blockaded Palestinian coastal sliver, an activist says.
Press TV: An activist aboard one of the aid ships said on Thursday that the vessel had been sabotaged by “professionals” overnight south of Crete in the Mediterranean and would have sunk if it had gone unnoticed.


"Somebody went underneath the ship at night and sabotaged its propellers, just like they sabotaged the same ship in 2011,” Swedish activist Dror Feiler said, referring to the damage done to a ship which had taken part in a previous flotilla.

The Israeli-born activist, who boarded the Swedish Marianne of Gothenburg with 18 other activists nearly two months ago, added that the remainder of the ships would continue their mission despite the incident.
The Freedom Flotilla Coalition (FFC), the third flotilla attempting to break the Israeli siege against Palestinians in Gaza, is expected to arrive at its destination within three days.
The vessels are said to be carrying small amounts of medical supplies and aid, including solar panels.
The activists aim to open Gaza’s port and allow freedom of movement and trade there.

By Orwellians: Recently two media alliances were created that aim to control the narratives concerning the false green religion, scripted and preached by the United Nations. One alliance is headed by Ted Turner’s United Nations Foundation (UNF) and also includes the Jynwel Foundation and the Thomson Reuters Foundation. The other alliance, Climate Publishers Network, includes 25 highly influential mainstream media outlets and companies. Together they’ll condition the minds of their audiences in preparation for the UN’s new Sustainable Development Goals and the UN Climate Change Conference in December in Paris.

Yesterday, June 24, yet another media alliance has been established that has a very different purpose than the aforementioned initiatives. The hidden objectives, though, are just as dubious.
The European Centre for Press and Media Freedom (ECPMF – ecpmf.eu), based in Leipzig, is a collaboration of 20 journalists associations, publishing houses, academic institutions, trade unions and media rights experts from 19 countries who claim that together they aim to “unite Europe’s highly fragmented media freedom community and to address media freedom violations.”
Like it is always the case with such initiatives, the sales pitches and official mission statements are merely a facade because such alliances and initiatives are always used for very different purposes, even when many of the persons involved truly want to do good and contribute to a better society.

Read more »
Posted by Angelo Agathangelou at 5:58 pm No comments: Links to this post

When Do Feminists Hate Single Mothers? When They’re Bristol Palin

By Janet Bloomfield (aka JudgyBitch): So Bristol Palin is pregnant again. She’s doesn’t seem very happy about the situation, but is not willing to kill her child, so a two time single mother she will be. Here is her statement:

(I’m announcing this news a lot sooner than I ever expected due to the constant trolls who have nothing better to talk about!!!)
I wanted you guys to be the first to know that I am pregnant.
Honestly, I’ve been trying my hardest to keep my chin up on this one.
At the end of the day there’s nothing I can’t do with God by my side, and I know I am fully capable of handling anything that is put in front of me with dignity and grace.
Life moves on no matter what. So no matter how you feel, you get up, get dressed, show up, and never give up.
When life gets tough, there is no other option but to get tougher.
I know this has been, and will be, a huge disappointment to my family, to my close friends, and to many of you.
But please respect Tripp’s and my privacy during this time. I do not want any lectures and I do not want any sympathy.
My little family always has, and always will come first.
Tripp, this new baby, and I will all be fine, because God is merciful.

Jezebel refuses to even give her a name, and simply calls her ‘woman’:

Read more »
Posted by Angelo Agathangelou at 4:52 pm No comments: Links to this post

The Five Horsemen (And One Horsewoman) Of Europe’s Monetary Apocalypse

Even now, the collective madness grows. 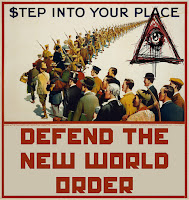 By Don Quijones: As the late great U.S. comedian and social commentator extraordinaire George Carlin once said, the table is tilted, the game is rigged. Nowhere is this truer than in today’s Europe, where power is increasingly concentrated in the hands of unelected, unaccountable bankers and bureaucrats. The result is that representative democracy is on its last legs and national sovereignty (that dirty “S” word) could soon be a thing of the past.
Europe’s tilted table is dominated by the five presidents of its main institutions. Politico calls them, the “Five Horsemen of the Euro’s Future.” Or as I call them, the “Five Horsemen of Europe’s Monetary Apocalypse.” At the head of the table – the same negotiating table that is now being used as a platform for browbeating Greece’s upstart leaders into submission (see this image for that table and those sitting around it) – is Mario Draghi, Europe’s central banker-in-chief.
It is no surprise that Draghi enjoys pride of place at the top of the table. As the historian Carroll Quigley documented in his book Tragedy and Hope: A History of the World in Our Time, it is the world’s central bankers who are the true power brokers of today’s increasingly globalized world.


This system was to be controlled in a feudalist fashion by the central banks of the world acting in concert, by secret agreements,

Max Keiser and Stacy Herbert discuss Grexodus, Brexit, Too-Big-To-Fail and how to make activism succeed. In the second half, Max interviews Mike Bonanno of the Yes Men about climate change, activism and more.
Posted by Angelo Agathangelou at 8:49 am No comments: Links to this post

These Idiots Need Feminism Because... 2

"Feminism isn't going to help you grow some balls!" Ceara McCord. Here's the part 2 I promised. Hope you guys enjoy. *DOCTOR WHO SPOILER WITHIN AT ABOUT 9:03!!!!!*
Read more »
Posted by Angelo Agathangelou at 6:37 am No comments: Links to this post

Economist and nationally syndicated columnist Paul Craig Roberts "There's no law enforcement against the privileged!" joins Alex Jones "A lustful jumping into bed with any and everything bad." To discuss how the US bond bubble is in big trouble.
Posted by Angelo Agathangelou at 2:13 am No comments: Links to this post

My Personal Mission As A Father

The Dissident Dad: I put personal mission in the title of this post, because I think every parent needs to answer this question on their own and create their own definition of whatever their objective is.
It’s easy to get into the rut of earning a living, raising a family, retiring, and then dying. Today, child raising is largely left to the state, corporate America and other kids. We live in a two-parent workforce, with an enormous pressure to send our kids to government-run schools. Children are now watching 35 hours of TV per week, and that’s not including 10 hours on iDevices. 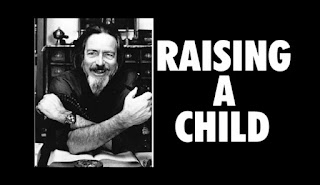 My objective as a father and a husband is to enhance the lives of the people in my family. It sounds simple, but putting it into practice requires me to think it through constantly, in an attempt to give each day fulfillment and purpose.