Charleston Evidence Does Not Add Up

"Within four days of the banning of the confederate flag, they were also selling the General Lee Dukes of Hazard car without the confederate flag! ...we are up against a well financed well organised enemy hat has gotten control of the main stream media, intelligence services, the military and the government, ...out weapon is the truth." James Perloff.
Posted by Angelo Agathangelou at 11:45 pm No comments: Links to this post

On the Verge of Despotism

Max Keiser and Stacy Herbert discuss how it is that Aristotle predicted this day of financial and economic despotism. In the second half, Max interviews Nozomi Hayase about bitcoin and blockchain technologies enabling evolution of the human species which is presently kept enslaved by financial weapons.
Posted by Angelo Agathangelou at 9:42 pm No comments: Links to this post

"Orange is the New Black." I've seen all three seasons so far, and all I've noticed is how every woman in prison is there because a man messed up her life, as if they were not to blame for their crimes. I also notice how they openly talk about how money and material objects are most important above all else, and they usually say this after someone says how love is actually important. Maybe that's what love is to a woman? Anyways, do you believe that major hit shows like this one will continue to spread their gynocentric messages, or do you believe that someday, hopefully soon, people will start to speak out against these man-hating messages in all these tv shows and movies?

By Michael Krieger: The “war on drugs” is one of the most irrational, idiotic and destructive public policy failures in American history, and that’s saying a lot. I’ve covered this topic many times, but nothing spells it out like the repentant words of a former federal judge, who admittedly ruined countless lives for no reason.
From the Atlantic:
ASPEN, Colo.—Former Federal Judge Nancy Gertner was appointed to the federal bench by Bill Clinton in 1994. She presided over trials for 17 years. And Sunday, she stood before a crowd at The Aspen Ideas Festival to denounce most punishments that she imposed.

Among 500 sanctions that she handed down, “80 percent I believe were unfair and disproportionate,” she said. “I left the bench in 2011 to join the Harvard faculty to write about those stories––to write about how it came to pass that I was obliged to sentence people to terms that, frankly, made no sense under any philosophy.”

Read more »
Posted by Angelo Agathangelou at 7:37 pm No comments: Links to this post

If the IMF were a Greek citizen, it would vote "No" in this weekend's referendum. 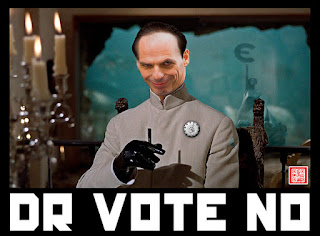 Submitted by Tyler Durden: According to a report prepared prior to capital controls and the banking sector meltdown, any deal that included creditor concessions on fiscal reforms would mean Greece's debt load would have to be written down.
This underscores the IMF's long-standing position that EU creditors will ultimately need to write down their holdings if Greece has any hope of returning to a situation where the country's debt-to-GDP ratio is "sustainable," and suggests that Syriza is indeed making a smart move by holding out.

By Dean Esmay: Men love music, both listening to it and creating it, just like women–and I would hazard a “sexist” guess that in general men are more obsessive about creating music than women are, although there are any number of fantastic female musicians out there. And frankly, as an MRA, I’m sick of being stereotyped as a stick figure man with his “raging misogyny” and bitterness and whatnot, so I freely talk about other interests, in my case things like music and video games and comics, Ty Henry is into things like sports, and so on. We’re three dimensional human beings who show it to the world–and that is one of many things that those who hate us do not want us to do. 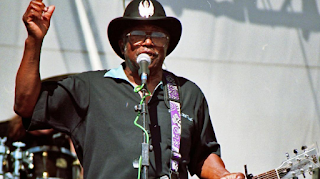 As it happens my tastes are eclectic but run very heavily to classical blues from the early 20th Century in the Mississippi Delta all the way to the blues-rock artists who emerged in the United States and the UK in the 1960s and 1970s. Yes it’s old stuff, but so what? I was in diapers or not born when most of it was made, but I love it, and I love exploring the history of it all, as do many of the greatest musicians. I laugh at people who call Motown “roots music.” Don’t get me wrong, I fucking love Motown, I’m just saying, many of my favorite artists were dead before Berry Gordy graduated from school.

Read more »
Posted by Angelo Agathangelou at 12:56 pm No comments: Links to this post

By Mike Buchanan: I was deeply saddened to learn that Julie Burchill’s son Jack (29) committed suicide earlier this week. The Telegraph piece on the matter is here. Hopefully Ms Burchill now has more sympathy for young male suicide victims than she displayed in a callous Guardian article in 1999 – here. My thanks to Dave for the link to the Guardian piece, which ends:

To ask me to feel sympathy with suicides after witnessing this (the death of her father from asbestos-induced cancer) is, I suggest, just as unfeeling and ignorant as my callousness must appear to you – like asking a starving African to sympathise with an anorexic. In a society still beset with the most vicious social deprivation and rampant cruelty to the very young, the very old and the very weak, the voluntary exits of a few hundred able-bodied young men each year are best dealt with as private tragedies rather than a public concern. Let them go.

Suicide is the leading cause of death of British men under 50, and the male:female suicide differential has more than doubled in 30 years, from 1.7:1 to 3.5:1.

Greece Again Can Save The West

'The Persians Darius and Xerxes had the same view as Washington and the EU.' 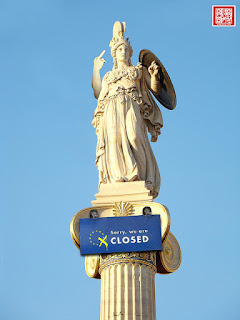 By Paul Craig Roberts: Like Marathon, Thermopylae, Plateau and Mycale roughly 2,500 years ago, Western freedom again depends on Greece. Today Washington and its empire of European vassal states are playing the part of the Persian Empire, and belatedly the Greeks have formed a government, Syriza, that refuses to submit to the Washington Empire.
Few people understand that the fate of Western liberty, what remains of it, is at stake in the conflict, and, indeed, the fate of life on earth. Certainly the German government does not understand. Sigmar Gabriel, a German vice-chancellor, has declared the Greek government to be a threat to the European order. What he means by the “European order” is the right of the stronger countries to loot the weaker ones.
The “Greek crisis” is not about debt. Debt is the propaganda that the Empire is using to subdue sovereignty throughout the Western world.
The Greek government asked the collection of nations that comprise the “democratic” European Union for one week’s extension on the debt in order for the Greek people to give their approval or disapproval of the harsh terms being imposed on Greece by the EU commission, the EU Central Bank, and the IMF with Washington’s insistence.

The answer from Europe and the IMF and Washington was “NO.”
Read more »
Posted by Angelo Agathangelou at 8:48 am No comments: Links to this post

New Embassy In Cuba - But Will Congress Kill The Deal?

President Obama announces today that the US and Cuba will restore full relations. It is a good start, but many pitfalls remain. Will Congress block funding for a US embassy in Havana? And what about the travel and trade embargo? RonPaulLibertyReport
Posted by Angelo Agathangelou at 6:00 am No comments: Links to this post

Even In Privilege, We Are Still Victims

"It's not the job of the lame-stream to uplift you. It's your job to uplift yourself. ...Fuck em and get money! ...you need to be an adult." That Guy T

ISIS Aka CMZ, 'The Covert Mercenaries Of Zion'

"ISIS is threatening to attack Hamas. ISIS attacks all of Israel's enemies, they ought to be renamed 'The Covert Mercenaries of Zion, CMZ'. That's ISIS, CMZ. ...They attack Syria in a huge proxy war which was written out verbatim in Israeli policy papers, the clean break strategy which said first to take out Iraq and then to go to Damascus and that they would use the proxy forces to do it and that is exactly what's happening.

Read more »
Posted by Angelo Agathangelou at 1:09 am No comments: Links to this post