By Daniel Drew: The last crash was caused by reckless investments in subprime mortgage-backed securities, an ingenious way to repackage and redistribute staggering amounts of credit risk to unsuspecting investors. After losing their house and their money, some investors may take comfort in their enduring marital relationships. Unfortunately, marriage is one of the riskiest bets of all, which makes it a prime, or should I say "subprime" target for Wall Street's masters of innovation. 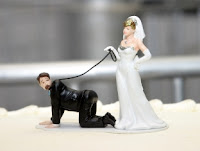 After watching oil titan Harold Hamm pay his ex-wife $1 billion, I couldn't help but wonder where he went wrong in the relationship department. Then again, he's not exactly a shining example of risk management; he lost $10 billion in the oil price collapse, or the equivalent of 10 ex-wives. Most Americans can't afford to pay their spouse $1 billion or even $15,000, which is the average cost of a contested divorce. Where there's risk, Wall Street is not far away.
One of the remarkable features of modern society is the seemingly endless amount of ways to repackage risk and distribute it to those who have a demand for it. The wacky world of the insurance industry seems to know no bounds. From vanilla products like car insurance to the ultra-weird like Troy Polamalu's $1 million hair insurance, you never really know what you're going to see next. While there are certainly notable individual examples of insurance oddities, nothing has the potential to create widespread effects like marriage insurance.

Regrets Of The Dying

CS MGTOW: Top 5 Regrets Of The Dying.
Read more »
Posted by Angelo Agathangelou at 9:47 pm No comments: Links to this post

Luke Rudkowski takes you around Greece, to show you the long ATM lines, the two opposing voting camps, how to deal with tear gas and the utter chaos. WeAreChange
Posted by Angelo Agathangelou at 8:25 pm No comments: Links to this post

Submitted by Tyler Durden: Update: The Greek interior ministry vendor Singular Logic projects that “No” vote will prevail with over 61% of vote in Greek referendum.
The Associated Press BREAKING: Greek interior ministry projection says 'no' camp will get more than 61 percent of vote.
It would seem that the Troika's fearmongering campaign backfired: 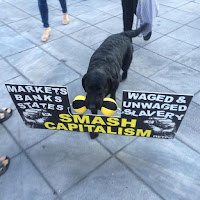 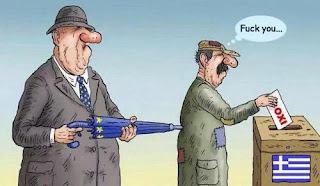 Earlier: It seems the early forecasts showing the No vote in the lead were right: according to the Ministry of the Interior, with over 21% of the vote counted, the "No's" have a resounding lead with well over 60% of the vote.

By Zoe Zorka: Over the past weekend, my social media feed was filled with pictures of my friends and followers and their fathers, messages to their fathers, or memorial pictures of their fathers who have passed. Unfortunately, I also noticed a rather disturbing trend by which more and more posters than ever before seemed to be passive-aggressively demonizing men with comments such as, “Happy Father’s Day to all the single mom’s out there” or “we shouldn’t need a day to celebrate what dads should be doing every day.”
I can only imagine how the latter statement would have gone over if someone posted that on Mother’s Day.The sad thing is that these comments aren’t limited to one or two days out of the year- they are simply a reflection of a paradigm shift that has been quietly occurring in our culture over the last several years, as the male species slowly becomes the enemy.
More than Equal Rights
By today’s standards, it is evident that being a champion for women’s’ rights, LGBTQ rights, and the rights of other traditionally repressed minorities is something to be lauded. To criticize any of these groups publicly is almost grounds for crucification by social media. Yet, male-bashing seems to not just be accepted, but has taken on an almost sport-like form. Casual lighthearted jokes about men and relationships aside, it seems like it’s open hunting season when it comes to skewering the integrity and ethics of straight men.

GREECE: IS IT SAFE? - William Banzai 7 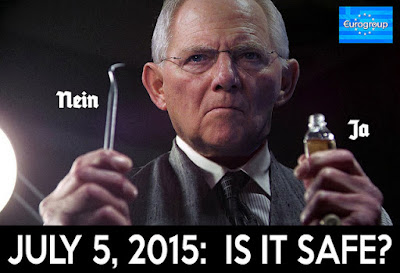 This Is Why The Euro Is Finished

'Greece is not the victim of its own profligacy, it’s the victim of a structure that makes it possible to unload the losses of the big countries’ failing financial systems onto the shoulders of the smaller. There’s no way Greece could win.'
By Raúl Ilargi Meijer: The IMF Debt Sustainability Analysis report on Greece that came out this week has caused a big stir. We now know that the Fund’s analysts confirm what Syriza has been saying ever since they came to power 5 months ago: Greece needs debt relief, lots of it, and fast. 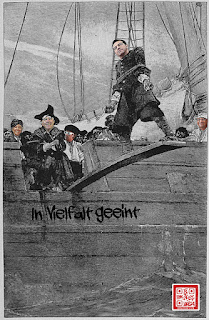 We also know that Europe tried to silence the report. But what’s most interesting is that this has been going on for months, as per Reuters. Ergo, the IMF has known about the -preliminary- analysis for months, and kept silent, while at the same time ‘negotiating’ with Greece on austerity and bailouts.
And if you dig a bit deeper still, there’s no avoiding the fact that the IMF hasn’t merely known this for months, it’s known it for years. The Greek Parliamentary Debt Committee reported three weeks ago that it has in its possession an IMF document from 2010(!) that confirms the Fund knew even at that point in time. That is to say, it already knew back then that the bailout executed in 2010 would push Greece even further into debt. Which is the exact opposite of what the bailout was supposed to do.

I finally thought I'd cover the film Mad Max Fury Road from a MGTOW perspective. If you haven't seen the film or the other three films made decades ago and don't want me to spoil them for you then I suggest you watch them first before listening to this. When Mad Max Fury road first came out I heard many media rumors how the men's rights guys kept talking about how it was a feminist film. All of that seems to have started with Aaron Clarey's article for Return of Kings about the film. So I watched the film thinking that it was going to show tons of female empowerment at some point and how women can do things just as well as men.

Misandric UK: The Desolation Of VAWG

By MRA-UK: The Crown Prosecution Service (CPS) has just published their latest, 2014/15, “Violence against Women and Girls Crime Report” amid a flurry of high profile publicity including the Director of Public Prosecutions, Alison Saunders, appearing on Radio 4’s flagship “Today” programme. I am please to see that as I was compiling this post, a list of 31 signatories, led  by Ally Fogg, published an open letter in the Guardian complaining about this report.
As always, and in case this very obvious point gets lost in the many details below, let us acknowledge immediately that there are some very nasty men who commit horrible crimes against females. This is undeniable, and, as far as I know, no sane person would wish to deny it. However…
There are three things wrong with the term “Violence against Women and Girls (VAWG)” as it is now generally used, and specifically as it is used in the CPS report. They are that “Violence” does not mean violence, “Women” does not mean women and “Girls” does not mean girls. This post elaborates these points.
Fatal though these three observations are to the credibility of VAWG, they are mere details. The rot starts with the very concept of VAWG. Why, in God’s name, is it even necessary to point out that the relentless focus on VAWG, unbalanced by any consideration of violence against males, is discriminatory? The matter is simply a logical syllogism.
There are those who would argue that “VAWG” crimes against males are so rare as to warrant no attention. But even were this true, the argument is fallacious.

Read more »
Posted by Angelo Agathangelou at 7:23 am No comments: Links to this post

As The Eurozone Teeters, The IMF Does Something Weird

By Don Quijones: As Europe teeters on a precipice of its own making, some people are beginning to wonder whether the IMF might have somehow discovered it has a conscience. Strange as it may sound, rumors of the IMF’s do-gooding began spreading on Friday after the Fund published a damning report on the sustainability of Greece’s finances and the Troika’s woeful mismanagement of the country’s debt crisis. 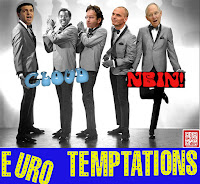 Granted, the report was deeply critical of Syriza’s negotiation strategies and governance of Greece. But the report’s real victims were the IMF’s two Troika partners, the European Central Bank (ECB) and the European Commission, both of whom had fought to prevent its publication.
The latest developments confirm what I argued four months ago in “Is the IMF About to Make Greece an Offer It Can’t Refuse?”: namely that the IMF could well prove to be an unlikely, albeit temporary, ally for Syriza. Now, by publishing its Debt Sustainability Analysis at the best/worst possible time, the Fund has massively improved Syriza’s chances of achieving a no-vote on Sunday.
Here’s more from The Guardian:


With days to go before Sunday’s knife-edge referendum that the country’s creditors have cast as a vote on whether it wants to keep the euro, the IMF revealed a deep split with Europe as it warned that Greece’s debts were “unsustainable”.
Read more »
Posted by Angelo Agathangelou at 4:49 am No comments: Links to this post

It's funny how people find it hard to understand that the law applies to women too. 6oodfella