By Patrick Barron: Greece cannot pay its debts ... ever. Nor can several other members of the European Union. That’s why Europe’s elite are loath to place Greece in default. If Greece is allowed to abrogate its debts, why should any of the other debtor members of the EU pay up? The financial consequences of massive default by most of the EU members is hard to predict, but it won't be pretty. Europe has built a financial house of cards, and the slightest loss of confidence will bring it crashing down. 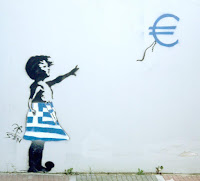 The tragedy of Europe has socialism at its core. Europe has flirted with socialism since the late nineteenth century. Nineteenth century Bismarckian socialism produced two world wars. Leninist socialism slaughtered and enslaved hundreds of millions until it collapsed, mercifully without a third world war. Yet, not to be deterred, in the ashes of World War II, Europe’s socialists embarked on a new socialist dream. If socialism fails in one country, perhaps it will succeed if all of Europe joined a supra-national socialist organization. Oh, they don't call what has evolved from this dream “socialism,” but it is socialism nonetheless.
Socialism will not work, whether in one country, a multi-state region such as Europe, or the entire world. Ludwig von Mises explained that socialism is not an alternative economic system. It is a program for consumption.

Adam Man: If you listen to pop radio stations, which usually I pray you don’t, you will have heard the new release by French DJ David Guetta. The song, Hey Mama, prominently features rapper Nicki Minaj as she sings all three verses. I’m not going to lie, unlike almost any other EDM or rap song I really like this song, Nicki Minaj’s rapping is exquisite, the flow is magnificent. But this video isn’t about how great this song is. This video is about the fact this song is in existence is quite close to a literal miracle.
It’s not that there is anything special about the song, it’s just your standard dance club song. It’s the lyrics that Minaj supplies to the song that is so interesting to me. The song is all about women submitting to the will of her man.

Libertarian Banned For Being An Improper Gay

"Banned from Pride for being a gay Libertarian: Right to Marry clashes with right to carry at Gay Pride event" Lucian.

Read more »
Posted by Angelo Agathangelou at 5:24 pm No comments: Links to this post

President Obama 'The Baby Bomber' said yesterday that the US fight against ISIS would be a "long-term campaign," but that there was no military solution. Meanwhile, from Jordan to Yemen to Syria US military involvement is on the increase. Who's fooling who?
Posted by Angelo Agathangelou at 1:02 pm No comments: Links to this post 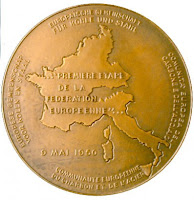 By Dublin Eileen: Today Fintan O’Toole writes eloquently about the new breed of unelected EU fiscal tyrants who are not subject to treaties or laws and who shape our destinies here in Europe. Better late than never for the MSM to catch on.

Main stream sources tell us that ‘the European Coal and Steel Community (ECSC) was an international organisation serving to unify European countries after World War II. It was formally established by the Treaty of Paris (1951), which was signed by Belgium, France, West Germany, Italy, the Netherlands and Luxembourg. The ECSC was the first international organisation to be based on the principles of supranationalism, and would ultimately lead the way to the founding of the European Union‘.

Purely using the amassing of wealth over and above democracy, as a motivating factor, has always left the EU institutions open to corporate take over by greedy elites. It did prevent those elites from falling out over resources and ultimately getting ordinary Joes to fight wars on their behalf. However being wise after many recent events the glaring democratic deficit and the fear of true democracy, as seen by EU elites hatred of the recent Greek referendum, is smacking every sane European citizen across the face. The policies of bankster corporate terrorism enshrined in treaties like the Fiscal Stability Treaty (Fisal Compact) basically preserve austerity as a prerequisite for Euro zone and ultimately EU membership.
This undemocratic Corporatist MO is the basis for new trade treaties like TTIP etc.

Read more »
Posted by Angelo Agathangelou at 11:46 am No comments: Links to this post

The #PinkTax: the Patriarchy's Most Insidious Trap

The Patriarchy once more oppresses women by tricking them into willingly spending their money on products that are more expensive than the products men buy. Fiendishly clever, well played, Patriarchy. Sargon of Akkad
Read more »
Posted by Angelo Agathangelou at 8:43 am No comments: Links to this post

Greece And The EU Situation + Privately Owned Greek Media Lined Up With The One Percent Against The Greek People!

'Victoria Nuland has already paid a visit to the Greek prime minister and explained to him that he is neither to leave the EU or cozy up to the Russians or there will be consequences, polite language for overthrow or assassination.'

By Paul Craig Roberts: I doubt that there will be a Greek exit.
The Greek referendum, in which the Greek government’s position easily prevailed, tells the troika (EU Commission, European Central Bank, IMF, with of course Washington as the puppet master) that the Greek people support their government’s position that the years of austerity to which Greece has been subjected has seriously worsened the debt problem. The Greek government has been trying to turn the austerity approach into reforms that would lessen the debt burden via a rise in employment, GDP, and tax revenues.
The first response of most EU politicians to the Greek referendum outcome was to bluster about Greece exiting Europe. Washington is not prepared for this to happen and has told its vassals to give the Greeks a deal that they can accept that will keep them within the EU.

‘Do Fathers Matter: What Science Is Telling Us About the Parent We’ve Overlooked’ looks at the latest research in psychology, neuroscience, genetics, anthropology, medicine, and sociology to explore the role of fathers in today’s families. Stefan Molyneux speaks with author Paul Raeburn on the overlooked, but incredibly important role that a father has in the healthy development of his children.

The Greferendum Shocker: Tsipras "Intended To Lose" And Is Now "Trapped By His Success" + Merkel Mocks Greece And The Referendum: The Deal Is Much Harsher Now And No Debt Haircut

Submitted by Tyler Durden: Call it game theory gone horribly chaos theory.
It all started with a report by the Telegraph's Ambrose Evans-Pritchard, whose release of on the record comments by Yanis Varoufakis (which we noted was rather surprising) that Greece was contemplating a parallel currency and potentially nationalizing Greek banks over the weekend, was supposedly the catalyst that got the Greek finmin fired. As a reminder, this is what Varoufakis told AEP on Sunday night: "If necessary... issue parallel liquidity and California-style IOU's, in an electronic form. We should have done it a week ago." And this is what the WSJ said on Monday morning:

... the premier decided to act after Mr. Varoufakis told a U.K. newspaper late Sunday that Greece might introduce a parallel currency and electronic IOUs similar to those issued previously in California. Mr. Varoufakis quickly backtracked on his comments to the Daily Telegraph, but his prime minister had had enough, the people familiar with the matter say.
That was the first indication that the wheels had officially come off the Greek wagon.
Moments ago, we got confirmation of just that, when in another surprising twist it was again the Telegraph's Evans-Pritchard who reported that the Greek prime minister who decisively and unexpectedly pushed for a referendum on the last weekend of June, "never expected to win Sunday's referendum on EMU bail-out terms, let alone to preside over a blazing national revolt against foreign control."

Read more »
Posted by Angelo Agathangelou at 1:05 am No comments: Links to this post