'Israel is the Jewish State. Israel commits war crimes in the name of world Jewry.'
BBC – the Muslims say it is Islamophobic, we say it is anti-Semitic, all we know for sure is that they fiddle with kids - A to Zion, The Definitive Israeli Lexicon

By Gilad Atzmon: The Zionist Jewish Chronicle reported today that a BBC documentary has substituted the word “Israelis” for "Jews" in its translation of interviews with Palestinians.
BBC film maker Lyse Doucet has stood by the decision to translate “yahud” as “Israeli” in the subtitles to her superb hour-long documentary, ‘Children of the Gaza War,’ which aired on BBC Two tonight.
The correct English translation for the Arabic word “yahud”  is “Jew”.
The JC reported that the BBC’s chief international correspondent said, “Palestinian children interviewed on the programme who refer to “the Jews” actually meant Israelis.”
In one instance, a Gazan child says the “yahud” are massacring Palestinians. However, the BBC subtitles read: “Israel is massacring us”.

My take on how the reasoning Black MGTOWs use is similar to the reasoning Feminists use. M
Posted by Angelo Agathangelou at 8:23 pm No comments: Links to this post

Surrogacy For Single Men, A Discussion With Melissa B. Brisman

Angelo Agathangelou: Thanks to CS MGTOW for this excellent topic and discussion. I have 2 sons the stupid [given modern law] traditional way and my daughter as a mutual surrogate with a friend. I am off on holiday with my daughter [by myself] for 10 days in about a week to see her Greek family in Cyprus and I and their wider family members have not seen my sons for over 6 years.

Read more »
Posted by Angelo Agathangelou at 7:06 pm No comments: Links to this post

'Now try to imagine  what they are undoubtably doing right now.'
It all began in late September of 1950, when over a few days, a Navy vessel used giant hoses to spray a fog of two kinds of bacteria, Serratia marcescens and Bacillus globigii - both believed at the time to be harmless — out into the fog, where they disappeared and spread over the city. 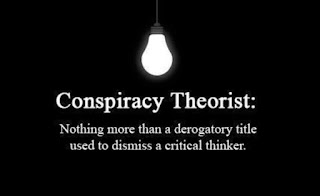 The unsuspecting residents of San Francisco certainly could not consent to the military’s germ warfare test, and there’s good evidence that it could have caused the death of at least one resident of the city, Edward Nevin, and hospitalized 10 others.
Over the next 20 years, the military would conduct 239 “germ warfare” tests over populated areas, according to news reports from the 1970s.
These tests included the large-scale releases of bacteria in the New York City subway system, on the Pennsylvania Turnpike, and in National Airport just outside Washington, D.C. 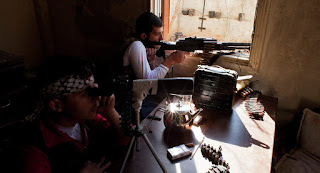 Israeli officials organized a transfer of arms to Syrian opposition groups, according to leaked documents published in media.

Sputnik: Israeli officials tried to recruit agents in Lebanon and Syria to transfer weapons to Syrian rebels, Al-Akhbar news portal reported Thursday.
According to the Haaretz newspaper, the report published on Al-Akhbar stated that documents revealed an attempt by Mendi Safadi, an influential Israeli Druse, who served as chief of staff to the former deputy minister of regional cooperation, to organize a transfer of arms to Syrian opposition groups. The existence of a contact between an Islamic State (ISIL) militant organization member and Israel was also revealed, the report said. A group of unidentified hackers broke into Israeli defense computers to obtain the information, Al Akhbar reported. The hackers reportedly accessed the personal computer and phone of Safadi, whom the website calls "the Druze official closest to Prime Minister Benjamin Netanyahu."

Gilad Atzmon On His New Books And Jewish Power

The Financial Attack On Greece: Where Do We Go From Here?

By MICHAEL HUDSON: The major financial problem tearing economies apart over the past century has stemmed more from official inter-governmental debt than with private-sector debt. That is why the global economy today faces a similar breakdown to the Depression years of 1929-31, when it became apparent that the volume of official inter-government debts could not be paid. The Versailles Treaty had imposed impossibly high reparations demands on Germany, and the United States imposed equally destructive requirements on the Allies to use their reparations receipts to pay back World War I arms debts to the U.S. Government.[1]
Legal procedures are well established to cope with corporate and personal bankruptcy. Courts write down personal and business debts either under “debtor in control” procedures or foreclosure, and creditors take a loss on loans that go bad. Personal bankruptcy permits individuals to make a fresh start with a Clean Slate.
It is much harder to write down debts owed to or guaranteed by governments. U.S. student loan debt cannot be written off, but remains a lingering burden to prevent graduates from earning enough take-home pay (after debt service and FICA Social Security tax withholding is taken out of their paychecks) to get married, start families and buy homes of their own. Only the banks get bailed out, now that they have become in effect the economy’s central planners.

Read more »
Posted by Angelo Agathangelou at 1:22 pm No comments: Links to this post

Gilad Atzmon: I have learned today that the Liberal Jewish gatekeepers who run the US Campaign to End the Occupation are  attempting to expel the great Alison Weir.  It really starts to look as if expulsion is a Jewish epidemic.  I wonder, do they  really insist to make  the solidarity movement a Goyrein Zone-lightly comic but hardly surprising. For a while these problematic tribals have been operating  as a controlled opposition apparatus.  Seemingly they decided to move on. The have now adopted the Israeli strategy,  they erect ghetto walls around them, they push the Goyim out,  they clearly prefer to operate within a synagogue. 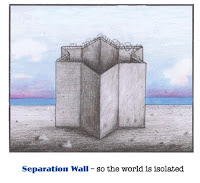 Cartoon by Enzo Apicella (A to Zion)
The Following is Alison Weir's statement:
http://secure.campaigner.com/
Dear Friends,
We thought we should inform you about the latest attack on us, this one an interrogation by the Campaign to End the Israeli Occupation, which seems intended to expel us from this coalition.

Pentagon Concludes America Not Safe Unless It Conquers The World

By Paul Craig Roberts: The Pentagon has released its “National Military Strategy of the United States of America 2015,” June 2015. http://news.usni.org/2015/07/02/document-2015-u-s-national-military-strategy 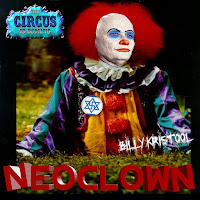 The document announces a shift in focus from terrorists to “state actors” that “are challenging international norms.” It is important to understand what these words mean. Governments that challenge international norms are sovereign countries that pursue policies independently of Washington’s policies. These “revisionist states” are threats, not because they plan to attack the US, which the Pentagon admits neither Russia nor China intend, but because they are independent. In other words, the norm is dependence on Washington.
Be sure to grasp the point: The threat is the existence of sovereign states, whose independence of action makes them “revisionist states.” In other words, their independence is out of step with the neoconservative Uni-power doctrine that declares independence to be the right of Washington alone. Washington’s History-given hegemony precludes any other country being independent in its actions.
The Pentagon’s report defines the foremost “revisionist states” as Russia, China, North Korea, and Iran.
The focus is primarily on Russia.Washington hopes to co-op China, despite the “tension to the Asia-Pacific region” that China’s defense of its sphere of influence, a defense “inconsistent with international law” (this from Washington, the great violator of international law), by turning over what remains of the American consumer market to China.

Varoufakis' Stunning Accusation: Schauble Wants A Grexit "To Put The Fear Of God" Into The French

Submitted by Tyler Durden: Earlier we reported that Yanis Varoufakis, seemingly detained by "family reasons" would be unable to join his fellow parliamentarians and personally vote in what is likely the most important vote of Syriza's administration: the one in which he and his party capitulate to the Troika and vote "Yes" to the proposal he and Tsipras urged everyone to reject just one week ago.

Subsequently, it was made clear what these family reasons are:

The self-described “erratic Marxist” will be on the nearby holiday island of … Aegina. In fact, he Tweeted that he reason for his absence is “family reasons”. Nevertheless, two hours before his Tweet was posted, the once obscure academic was spotted on the ferry boat “Phivos”, headed for Aegina, where his wife owns a stylish vacation home.