Man And Woman - A Response

Spetsnaz.  "If I sit across from a man that man my have been convicted of number of things, he may have stabbed someone, raped someone or committed murdered and it would be a wonderful thing to be able to just write that man off as evil, wipe my hands off him, get up and leave the room, it would be clear cut, simple, the diagnosis evil, but that way I learn nothing of his motivations, I learn nothing of his thought processes, it keeps us both in the dark. All that I know is that if he is released, there's a high probability he'll do it again."
Posted by Angelo Agathangelou at 11:37 pm No comments:

This Weekend's Greece Negotiations Explained In 60 Seconds (By Darth Vader)

"Sources" say this is how it all went down...
Because sometimes you just have to laugh... or you'll cry yourself to sleep again. h/t @ShoutingBoy
Posted by Angelo Agathangelou at 10:31 pm No comments:

How The U.S. Government Squandered $1 Billion In Taxpayer Funds On “Ghost Schools” And Warlords In Afghanistan

'To put it plainly: The U.S. allied itself with
a warlord so oppressive and kleptocratic that
he helped create the Taliban in the first place.'
BuzzFeed News obtained internal Ministry of Education data for 2011 that has never before been made public. For Afghanistan overall, the data showed 1,174 schools — almost 1 in every 12 — was a ghost school, an educational facility that the Afghan government publicly claimed was open but that was, in fact, not operating. In the provinces that are the most dangerous to monitor — and into which the U.S. poured the most aid money — that proportion soared. In Kandahar province, where DeNenno served, a full third of the 423 schools the Ministry of Education publicly reported as open in 2011 were not functioning, and in Helmand, it was more than half. 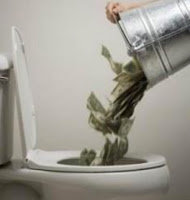 But teacher salaries continued to go to these ghost schools — and still do, according to numerous Afghan and U.S. sources. While the Afghan government puts in some of its own money to pay teachers, more than two-thirds of teacher salaries are provided through a World Bank fund, to which the United States is the biggest donor. The World Bank fund did not respond to requests for comment, but USAID said that World Bank financial controls guard against salaries going to ghost teachers.
And just as with ghost students, the U.S. government has known about ghost teachers for years.

Read more »
Posted by Angelo Agathangelou at 6:40 pm No comments:

By Janet Bloomfield (aka JudgyBitch): A study in the Journal of the American Medical Association reports that male doctors are earning considerably more than female doctors, and a second study of Medicare reimbursements confirms that men are out-earning women by an astonishing 88% in annual Medicare reimbursements. In terms of gross income, male doctors out-earn female ones, but a closer examination of the data reveals that on a per service delivered model, female doctors earn more than their male counterparts.
There are several explanations for this large gap in earnings between men and women in the medical profession, none of which have anything to do with sexism or misogyny, contrary to claims made by feminist media commentators. Male physicians see approximately 60% more patients than women: 512/yr versus 320/yr, respectively. Male physicians also deliver more services per patient, chalking up 5.7 services billed per patient compared to women’s 4.7. This gap held true across almost all specialities, with men delivering more services per patient than women. Assuming all services are medically necessary, male doctors deliver better healthcare than women to each patient.
Male doctors earn an average of $118, 782/yr from medicare. Multiplying 513 patients by 5.7 services (2924 services provided in total) and dividing the annual income by this number gives us a per service fee of $40.62. Female doctors earn an average of $63, 346, providing 4.7 services to 320 patients (1504 services provided in total) for an average per service fee of $42.11. Women doctors earn $1.49 more per service rendered than men.

Don't Rape Or Get Married Sex Isn't Worth It

"What made you make such a wonderful song? ...Well you know like I was just figuring that the feminists would like the song, because it's an anti-rape thing and the MGTOW would like the song because it's like an anti marriage thing. Everyone likes to blame other people for things so it's like yeah you know." Russell Lindquist
Posted by Angelo Agathangelou at 2:50 pm No comments:

The End Of Freedom Of Speech In Spain

By Martin Armstrong: Spain has shown that it is fully on board with the Brussels authoritarian direction of ending democracy. Those in power have simply convinced themselves that the people do not understand what is good for them so they must impose their will upon the people but raw force. How does this differ in any what from the justification of imposing communism? This is the death of all freedom and it is upon our doorstep. 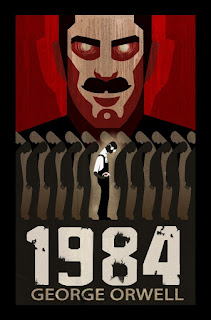 Here are the new laws in Spain:
1. If you photograph security personnel and then share these images on social media: up to €30.000 fine (particularly if photo exposes violence used against a member of the public). This fine could increase depending on the number of Instagram or social media followers you have. 2. Tweet or retweet information or the “location of an organized protest” can now be interpreted as an act of terrorism as it incites others to “commit a crime” (now that “demonstrating” in many ways has become a crime). Sound “1984”-ish? Read about Orwell and his time in Spain.
3. Snowden-like whistle blowing is now defined as an act of terrorism. If you write for a local publication, be careful what you print, whom you speak to, and whether the government is listening.
4. Visiting or consulting terrorist websites – even for investigative purposes – can be interpreted as an act of terrorism.

Read more »
Posted by Angelo Agathangelou at 1:49 pm No comments:

Thank You Stardusk, You Woke Me Up

By Don Quijones: This coming week, political representatives of many of the world’s developing countries will gather in Addis Abbada, Ethiopia, for the International Conference on Financing for Development. Two issues seem set to dominate proceedings: tax evasion and the informal economy. 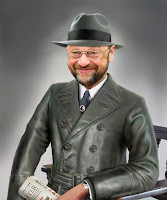 As I warned in the article “Beware, the Borderless Taxman Cometh,” these two intertwined issues are becoming increasingly important to today’s cash-strapped governments. Recent years have seen ever closer cooperation between national tax authorities, with the US and Europe leading the way.
As part of this effort the delegates assembled in Abbis Abada next week are expected to discuss ways of coordinating their efforts to combat tax evasion in Africa and beyond. Euractiv:

Tax evasion costs developing countries around €100 billion each year. This leads to considerable budget shortfalls in countries with already low tax revenues.
In the developing world, tax revenue represents on average between 10% and 20% of GDP, while the average in OECD countries is between 30% and 40%, according to a study on the mobilization of tax revenues in developing countries carried out by the European Parliament.
To boost their tax raising capabilities, developing countries are being pressured to give their backing (and a sizable chunk of their national sovereignty) to an international body such as the UN or the OECD.

Read more »
Posted by Angelo Agathangelou at 11:12 am No comments:

Traditionalism, Marriage, And The Will To Unfreedom

What's wrong with traditionalism? For starters, it will never solve the problems of man. Feminism LOL

Read more »
Posted by Angelo Agathangelou at 5:46 am No comments:


"Men, we compromise far to much in relationships, we take far too many risks and the pay off doesn't even mitigate or match the risk or investment we put in. ...No amount of shaming or conditioning is going to make me not look at a woman in revulsion for her promiscuity. Me saying this is seen as a double standard, as slut shaming, yet it's instinctual, because no man desires to procreate with a woman who parades herself as he town bike." Spetsnaz
Posted by Angelo Agathangelou at 12:34 am No comments: