By Peter Wright: In part one of this series we looked at men with disabilities who achieved greatness. In part two we looked at an emerging culture of gynocentrism in the disability sector, along with the impoverished and at times hostile “support” extended to men in need of assistance. In this third and final part we look at a new kind of man with a disability – a man who says “No” to bigotry and other forms of mistreatment, and who gears his life toward the cultivation of self-respect. To illustrate this new kind of man we will turn to the Greek myth of the goddess Hera and her disabled son Hephaestus – a son who has to challenge his mother’s ableism and bigotry before he can take his rightful place in the Olympian society. In this myth Hephaestus plays a role not unlike the hero Perseus who must put a stop to Medusa’s hostilities before men can go about their lives again in safety and dignity. 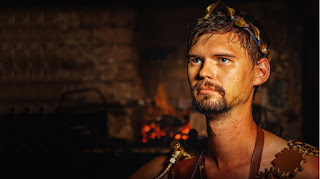 Hephaestus was the son of Hera and Zeus, but was born parthenogenically – ie. from Hera alone and not from the result of a sex act with Zeus. We are told that she planed to give birth to a son after Zeus went and gave birth to Bright Eyed Athena who became a golden child of the gods. Hera was incensed that Zeus would give birth to Athena without her sexual aid, and her creation of Hephaestus was carried out in revenge. Hera’s message was essentially “You give birth without me, well I can do that too!”

A Letter to New Scientist
Ellen Pao (seated) at the offices of Reddit – formerly
By MRA-UK: The final straw was the New Scientist article by Soraya Chemaly, “The anti-social network” (25 July 2015) referring to Ellen Pao’s resignation from Reddit. The sub-title conveys the tenor of the piece: “The gender gap in the tech industry and on line attacks on women are inextricably linked“. I will leave aside that I find this assertion exceedingly improbable (one reason being that on line “attacks” on men are equally common). The salient points are these. Firstly, the article has nothing whatsoever to do with gender balance in technical fields. So how could it possibly be used to support the assertion? Moreover, on-line trolling was not a causal factor in Ellen Pao’s departure from Reddit in any case.
It would have been better by far if New Scientist had stayed out of the fetid world of gender politics. It seems New Scientist are determined to continue with this editorial policy. Essentially similar articles on Ellen Pao’s resignation from Reddit have appeared in the Guardian and The New Statesman. But with these august journals one knows what to expect. In contrast, it is surely incumbent upon New Scientist, if it must enter the gender political arena, to be objective, logical and unbiased. This article fails on all counts.

Read more »
Posted by Angelo Agathangelou at 9:28 pm No comments: Links to this post

President Jimmy Carter: The United States Is An Oligarchy...

Thom Hartmann talks with President Jimmy Carter, 39th President of the United States (1977 to 1981) / Humanitarian / Awarded Nobel Peace Prize in 2002 / Author of many books, including his latest, A Full Life...Reflections at Ninety,

Reported by Gilad Atzmon: Haaretz reported recently that a spokeswoman for the Israeli embassy in Berlin told Israeli journalists it was ‘in the country’s interest to maintain German guilt about the Holocaust, and that it isn’t seeking full normalization of relations between the governments.’ 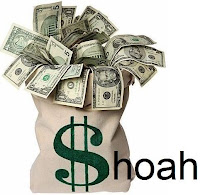 Embassy spokeswoman Adi Farjon made the comments in a closed briefing session with Israeli journalists at the embassy.
The Israeli ambassador, Yakov Hadas-Handelsman, was present for some of the briefing, as were other embassy workers who don’t speak Hebrew. One journalist commented, “It was so awkward. We couldn’t believe our ears. We’re sitting there eating peanuts, and behind the spokeswoman there are two German women sitting there who don’t understand a word of Hebrew – and the embassy staff is telling us they’re working to preserve the German guilt feelings and that Israel has no interest in normalization of relations between the two countries.”
Talking to Haaretz, Farjon made the usual distinction between Jews and ‘goyim.’  “It was an off-the-record conversation, a briefing talk. The way I speak with Israeli journalists is a little different. These things aren’t intended to get out.”

By Gilad Atzmon: A suspected “price tag,” or retaliation, arson attack by right-wing Jewish settlers killed an 18-month-old Palestinian child in a house in the occupied West Bank and injured several other people, according to Israeli police. 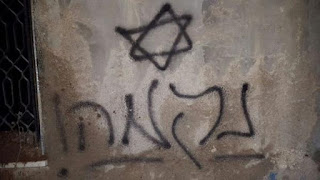 The toddler died in a house fire which broke out in a village of Kafr Duma near the West Bank city of Nablus, Reuters reports.

The victim’s four-year-old brother and both parents were also injured and have been brought to the hospital. The attack took place in the early hours of the morning when the family was fast asleep and could not react immediately.
http://www.rt.com/news/311216-palestinian-toddler-killed-jewish-attack/   Source

Posted by Angelo Agathangelou at 1:23 am No comments: Links to this post