Mike Buchanan: I’ve just watched a very interesting video (49:31), which I found on the Men Do Complain website. I recommend it strongly. It reviews the findings of the Global Survey of Circumcision Harm (2012), and the presenter – at the International Genital Autonomy conference in Frankfurt, in May 2015 – is Tim Hammond, an independent researcher. The associated website is here. The video should be compulsory viewing for people who claim MGM is harmless.

Read more »
Posted by Angelo Agathangelou at 11:15 pm No comments:

Aah! the joys of relationships. Sex, companionship, violence, the bloodshed and the abuse that leaves broken lives and minds and bodies swinging from ropes. Are you really awake yet? Maybe you'll believe it when you see it. Happens every day. Messenger Rising

Read more »
Posted by Angelo Agathangelou at 10:06 pm No comments:

Read more »
Posted by Angelo Agathangelou at 7:22 pm No comments:

Chairman Pao And The Ministry Of Truth

The mayor covers the toys that helped create
modern men and women.

Read more »
Posted by Angelo Agathangelou at 1:24 pm No comments:

By Gilad Atzmon: The relationship between Jeremy Corbyn and British Jews can be summarized into a brief observation:
While Corbyn’s success represents a hugely popular shift within British political thinking, the orchestrated Jewish campaign against him is there to suggest that once again, Jews set themselves against the people they dwell upon.

The vastly growing popularity of Jeremy Corbyn amongst Brits can be easily explained. Following decades of cultural Marxist, divisive Identiterian politics and Zionist-Neocon domination within the British Left, Corbyn brings along a refreshing ideological alternative. Corbyn seems to re-unite the Brits. He cares for the weak. He opposes interventionist wars. He represents the return of the good old left as opposed to New Labour’s affinity with big money, choseness  and exceptionalism. He cares for the students and the youth. He thinks about the future and promises to undo the damage created by Blair and Cameron. But as Britain sees the rise of a hugely popular ideological movement, many Jewish institutions see Corbyn as an arch enemy. They would prefer to see him gone and have used nearly every trick in the book to discredit him.
In the last few days we have noticed a tidal wave of Jewish institutional opposition to Corbyn. First it was the Daily Mail that attempted to throw Zionist mud in the direction of the man who is destined to take over what is left out of the Labour party. Surprisingly, not a single British media outlet picked the Mail’s dirt for a few days. Eventually the notorious Zionist Jewish Chronicle had to take the gloves off just ahead of Sabbath and lead the battle against the emerging socialist leader.

Read more »
Posted by Angelo Agathangelou at 11:17 am No comments: 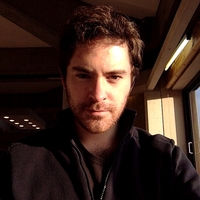 [Online title: "Islamophobia or fair critique?"]
By Brian D. Earp University of Oxford:
Abstract:
In 2012, a German court ruled that religious circumcision of male minors constitutes criminal bodily assault. Muslim and Jewish groups responded with outrage, with some commentators pegging the ruling to Islamophobic and anti-Semitic motivations. In doing so, these commentators failed to engage with any of the legal and ethical arguments actually given by the court in its landmark decision. In this brief commentary, I argue that a firm distinction must be drawn between criticisms of religious practices that stem from irrational prejudice and bigoted attitudes and those that are grounded in sound moral reasoning. Given that ritual circumcision is a pre-Enlightenment custom that elevates the inclinations of the community over the rights of the individual, it is hardly surprising that a growing number of post-Enlightenment philosophers and legal scholars are taking an ethical stand against it. As the "circumcision debate" continues, parties on all sides of the issue must remember to reason through the relevant considerations with care and respect.
In a now-notorious ruling, a regional court in Cologne, Germany decided that non-therapeutic circumcision of young boys violates their constitutional rights to bodily integrity and to self-determination - even if carried out with parental permission, and even for religious reasons (Landgericht Kšln, June 26, 2012).

Read more »
Posted by Angelo Agathangelou at 6:47 am No comments:

"Egalitarian vs feminist." DoctorRandomercam. Thanks to every swinging ivy in this fucking jungle, for the eternal stench of request.

Read more »
Posted by Angelo Agathangelou at 5:25 am No comments: