Amanda Marcotte Shows There’s No Bottom To Her Stupidity

By Janet Bloomfield (aka JudgyBitch): I haven’t checked in on my favorite little dumbass feminist, Amanda Marcotte lately, and just as I suspected, she’s dumber than ever. Let’s take a look at her latest column at Raw Story!
While the left is hardly innocent of it, it’s safe to say that the politics of personal destruction is far more central of a political strategy on the right.

The left is hardly innocent? Oh you mean like that time they outed an executive at a rival news organization for being gay just because? Or maybe when they cheered on Emma Sulkybitch and her false rape accusation against Paul Nungesser, who is now suing and likely to succeed. Like all the men falsely accused and punished for rape and sexual assaults that didn’t happen, who are also suing the left-wing kangaroo courts that convicted them, and winning huge, and hugely justified payouts? Or maybe when they slandered and libeled a Dean at UVA for mishandling Jackie’s rape that never happened?
It might be safe to say the politics of personal destruction is a strategy of the right, especially within the bubble-wrapped confines of the feminist/SJW hug-box, but it sure ain’t accurate. Words: they mean things.
Part of that is because there’s usually more ethical considerations for liberals in play. Doing things like outing people or making someone’s biography a central issue requires some kind of justification on the grounds of relevance. Is the person a hypocrite? Does this actually speak to their credibility? If not, it’s none of your business and move on.

Read more »
Posted by Angelo Agathangelou at 11:48 pm No comments: Links to this post

NOW Claims Credit For Healing The Sick, Raising The Dead And Inventing The Cappuccino

By Brett Caton:  NOW claims credit for healing the sick, raising the dead, and inventing the cappuccino.
This is the most dishonest thing I have ever read. As others have said, Joseph Goebbels would be proud.

Feminist have been no friend to gay and transsexual men. Sorry, I watched them applaud as gay men were arrested here in Australia. Seriously, do you know nothing of the history of feminism?? Transmen and women have been vilified as gender traitors and psuedo-women. They were banned from meetings.
From The New Yorker, August 4, 2014:
Robin Morgan, the keynote speaker, said: I will not call a male “she”; thirty-two years of suffering in this androcentric society, and of surviving, have earned me the title “woman”; one walk down the street by a male transvestite, five minutes of his being hassled (which he may enjoy), and then he dares, he dares to think he understands our pain? No, in our mothers’ names and in our own, we must not call him sister.

Read more »
Posted by Angelo Agathangelou at 8:56 pm No comments: Links to this post

By Mike Buchanan: We’ve received an interesting 36-page publication from Men’s Health Forum, Beat stress, feel better. Their announcement on the report is here and the publication itself here. While there’s plenty of good advice in the report, which includes sources of support for men suffering from stress and depression – pp 32,33 – we were disappointed (but not remotely surprised) at the lens through which men’s depression is considered, as a mental health issue, while not mentioning some of the major issues known to be driving men to suicide, including:

It’s the feminist lens through which the male suicide charity CALM critiques male suicide – hardly surprisingly, given the organization’s Chief Executive, Jane Powell, described herself to me as a ‘fervent feminist’.
My article for the International Business Times on reactive depression – that brought on by distressing life events – being a major driver of male suicide is here.
To illustrate the point about the report’s ideological bias, let’s look at a section starting on page 6, ‘What causes stress?’ A sub-section at the bottom of the page is titled, ‘Why understanding stress matters’, and its content is this:

Read more »
Posted by Angelo Agathangelou at 4:28 pm No comments: Links to this post

"The goal of this video is to explore the physiological drivers of social change, its effect on civilisation and perhaps provide an alternative theory to the much repeated meme of feminism directly and almost single-handedly leading to the development of MGTOW." CS MGTOW

Mad Max, The Radfem Edition + The Other F Word

"Mad Max Fury Road is not an action movie. It's
a feminist religious fantasy." johntheother
Read more »
Posted by Angelo Agathangelou at 10:07 am No comments: Links to this post

Just How Ugly Can Britain’s Fracking “Revolution” Get?

In face of intensifying local opposition? 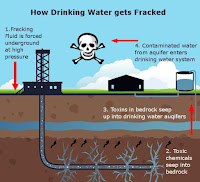 By Don Quijones: The United Kingdom has had to wait a long time for its shale gas revolution to ignite. According to the government and industry insiders, the extraction of the country’s shale gas deposits will bolster its energy security, drive down national energy prices and provide much-needed funds for local communities.
Yet despite the government’s every effort to kick-start the industry, including tax breaks, payments of £100,000 [nearly $170,000] per site, plus a 1% share of revenue to local communities, there is still no fracking in the UK. The so-called gas revolution continues to fizzle.
But that could be about to change. In the last few days the government has announced plans to fast-track applications for shale gas projects. As the BBC reports, the move comes on the back of attempts by a number of local councils to block applications on environmental or health and safety grounds, setting the stage for a battle royale between national government interests and the rights of local communities:
Councils will be told they must rule on applications within the current 16-week statutory timeframe (DQ: almost certainly giving civil servants not enough time to perform a through cost-benefit analysis). If they repeatedly delay, ministers might take over the power to decide all future applications in that local area.
Environmentalists say it makes a mockery of the government’s promise to give power to local people.
Read more »
Posted by Angelo Agathangelou at 6:47 am No comments: Links to this post

By Paul Craig Roberts and Dave Kranzler: Are we witnessing the corruption of central banks? Are we observing the money-creating powers of central banks being used to drive up prices in the stock market for the benefit of the mega-rich?
These questions came to mind when we learned that the central bank of Switzerland, the Swiss National Bank, purchased 3,300,000 shares of Apple stock in the first quarter of this year, adding 500,000 shares in the second quarter. Smart money would have been selling, not buying.

It turns out that the Swiss central bank, in addition to its Apple stock, holds very large equity positions, ranging from $250,000,000 to $637,000,000, in numerous US corporations — Exxon Mobil, Microsoft, Google, Johnson & Johnson, General Electric, Procter & Gamble, Verizon, AT&T, Pfizer, Chevron, Merck, Facebook, Pepsico, Coca Cola, Disney, Valeant, IBM, Gilead, Amazon.
Among this list of the Swiss central bank’s holdings are stocks which are responsible for more than 100% of the year-to-date rise in the S&P 500 prior to the latest sell-off.
What is going on here?

Read more »
Posted by Angelo Agathangelou at 1:36 am No comments: Links to this post