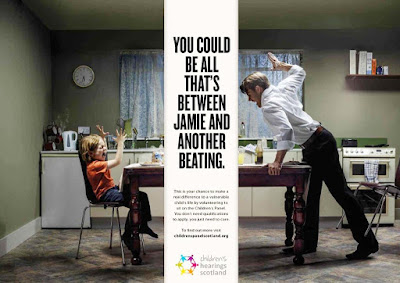 Fathers4Justice today condemned adverts by Children’s Hearings Scotland as discriminatory and anti-father and urged supporters to contact the organistion to ask them to withdraw the adverts with immediate effect. 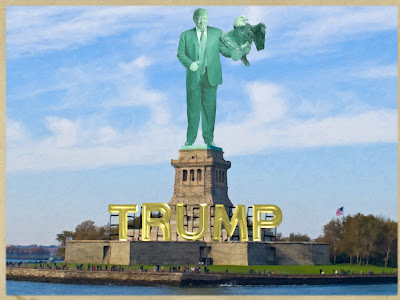 "The Russian revolution was in effect a Jewish takeover of Russia. Lenin was Jewish Trotsky etc. and they committed far more murders than those alleged about the Germans. You get the holocaust every day but how many films do you get about the Russian gulags? Jews all over the world supported the Russian revolution. A Jewish banker in New York was the biggest contributor to the Bolshevik revolution. ...They don't want to tell you about the Bolshevik revolution and the Jewish role in the greatest mass murder." David Duke.

WHO Is This Gullible? MGM Vs HIV

5hadowfax: Who is this gullible? WHO is. That's who. I use the 'C' word (circumcision) quite a lot in this video, sorry about that. It was just easier than changing terminology all the time.

'So, the term ‘people’ doesn’t include heterosexual men.
I guess that must mean they’re never abused'
J4MB Nigel: Anyone who is deluded enough to accept the government’s rationale for including violence against men and boys within the term ‘Violence Against Women and Girls’ – VAWG – should read the report. More clued-up people will also find it interesting.

FGM alone takes up pp.4-7. A few examples of the report’s lack of interest in violence committed against men and boys, starting with a few lines from the Foreword (p.3):

Much has happened since our last newsletter in March not least the election of a new Government which has made it clear that protecting women and girls from violence, [my emphasis] and supporting victims and survivors of sexual violence, remains a key priority.
The Government is committed to publishing an updated VAWG strategy in the Autumn, and we are currently engaged in working with departments across government, and consulting with women’s groups, [my emphasis] third sector organisations and wider experts, on the development of that strategy.

The Financial Times Calls For Ending Cash, Calls It A “Barbarous Relic” 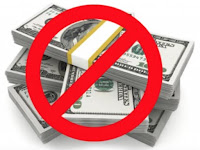 By Michael Krieger: Earlier this week, as the financial world was mesmerized by a min-stock market crash, the Financial Times published a dastardly little piece of fascist propaganda.
There is no more egregious anti-liberty economic policy imaginable than banning cash. I covered this earlier in the year in the post, Martin Armstrong Reports on a Secret Meeting in London to Ban Cash. Here’s an excerpt:

At this point, anyone paying even the slightest bit of attention to the central planning economic totalitarians running the fraudulent global financial system is aware of the blatant push in the media to acclimate the masses to accepting a “cashless society.”

Read more »
Posted by Angelo Agathangelou at 11:23 am No comments: Links to this post

By Raúl Ilargi Meijer: This is a story I’ve been wanting to write for a while now, at least two full weeks, but haven’t gotten around to because I have my dying mother to attend to. Something I can to an extent approach from a rational point of view, because she has expressed her explicit will to die. But it will of course never be easy, if only because I’ve been close to her all my life even in the 20-odd years I lived thousands of miles away. It’s a thing of the heart. 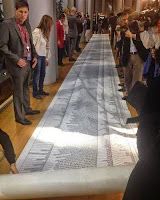 And so must be, at some moment or another, my dealing with what she goes through, and what I will go through when she finally gets her wish. A wish I would have thought would be reasonably easy to fulfill in a country as supposedly advanced as Holland, but that’s not true. People have to suffer more, long after they’ve signaled they’ve had enough, just to satisfy someone or another’s idea of ethics who has little to no involvement in the situation. Unless they’ve been through endless series of conversations with total strangers who will then decide when it’s time.
The person herself doesn’t have the right to make that decision. Now that I’m witnessing the process in progress, I would recommend everyone buy that pill or that gun well in advance, lest they get subjected to the same kind of self-serving morality nonsense themselves. We may not have the legal right to decide about our own lives, but what law is going to stop us from taking that decision regardless? The craziest expression of this mindless attitude is probably that in countless nations and cultures, suicide is still a punishable offence. My mother is not the suicidal kind; she just wants dignity, and is denied it.

Max Keiser and Stacy Herbert discuss BP settlements, fracking abandonments and Uber’s balance sheet. In the second half, Max interviews ‘America’s Lawyer’ Mike Papantonio about Loretta Lynch, Eric Holder and the failure of the left and progressive wing in America.

By August Løvenskiolds: Feminists love hating men, and they also love denying that feminism involves hating men. Just use Google to search for the words “feminism is not about hating men” to get a taste of the ambivalence today’s feminists feel about openly expressing their true contempt for men.
Now, deflection and deception of one’s true emotional nature is a human staple that goes back thousands of years: even the ancient Egyptians used cosmetics to pretty up their faces, a practice women still use today even when feminists half-heartedly tell them that pleasing men with pretty faces is wrong. Women still encourage men to share their feelings – and women explode into anger and reject those men stupid enough to take women at their word about this.
Because the expressions of women’s raw negative emotions are seen as a bit more acceptable than men’s, women are more likely to let loose their rage in public (and especially in private). This emotional repression of the dark demons of the human soul persists to this day: a certain public sense of decorum (and a lot of public shaming) still restricts the public release of emotions in both men and women. Feminists term this decorum “patriarchal repression” but the truth is that women are the real arbiters of what emotional displays are allowed: for example, the open expressions of men’s sexual desires are characterized by hypocritical feminists as “harassment” and “oppressive” even as feminists fight to “free the nipple” and demonize so-called “slut shaming.”

Read more »
Posted by Angelo Agathangelou at 3:29 am No comments: Links to this post

Submitted by Tyler Durden: Earlier today, Bloomberg - citing the ubiquitous "people familiar with the matter" - confirmed what we’ve been pounding the table on for months; namely that China is liquidating its UST holdings. 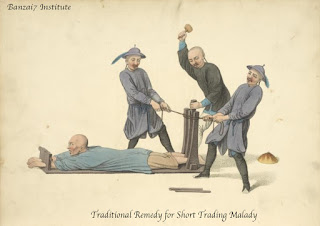 As we outlined in July, from the first of the year through June, China looked to have sold somewhere around $107 billion worth of US paper. While that might have seemed like a breakneck pace back then, it was nothing compared to what would transpire in the last two weeks of August. Following the devaluation of the yuan, the PBoC found itself in the awkward position of having to intervene openly in the FX market, despite the fact that the new currency regime was supposed to represent a shift towards a more market-determined exchange rate. That intervention has come at a steep cost - around $106 billion according to Soc Gen. In other words, stabilizing the yuan in the wake of the devaluation has resulted in the sale of more than $100 billion in USTs from China’s FX reserves.
That dramatic drawdown has an equal and opposite effect on liquidity.