"What we now know is that there was a group of girls that conspired against Tyler to put him in jail, they succeeded at that and Tyler has been in hail for over a year based on those lies." Said Christine Whelan.
Posted by Angelo Agathangelou at 10:34 pm No comments: Links to this post

Daisy Buchanan (@NotRollergirl) Is The Epitome Of A Special Snowflake

Daisy is a hateful, vile cretin. "If we ask women what book they are reading, that's harassment!?"  6oodfella
Read more »
Posted by Angelo Agathangelou at 9:09 pm No comments: Links to this post

Read more »
Posted by Angelo Agathangelou at 6:39 pm No comments: Links to this post

R U A Conspiracy Theorist - The FKN Newz

"Imagine if governments were lying murdering scum and wars were fought just to sell guns and kill enough of every generation to make war heroic and acceptable. Soon I was seeing the enlightened hand of self interest everywhere. ...We are owned like sheep and ruled like peasants." Deek Jackson

I the undersigned declare by my signature that I am an adult, acting with all the self possession, agency and volition of a fully realized person. In contrast, I state clearly and forcefully that I am not an object, lacking volition or will or acted upon without my own agency or intent. I further hereby assert my personal responsibility for my own choices and those choice's outcomes. I also express by my signature that I do now, and may in future enjoy the company of ______________________, including potentially private and adult social intercourse, and any incidents of note may also be documented and signed in agreement by myself.

Irene Kelly: ‘I Was Abused By Nuns In A Dublin Catholic-Run Orphanage.’

K: Irene Kelly was the authoress of Sins of the Mother, which was published two weeks ago. She says she has yet to receive an apology from the Catholic church. From the book’s back cover, as described on Amazon:

‘At night, when it’s very quiet, I can still hear the sound of babies crying. The babies from the nursery, the ones I couldn’t help.’
Irene Kelly was brought up in poverty and abused by her mammy from an early age. But home life was still better than the time she spent in one of Dublin’s industrial orphanages. Under that harsh regime, she was beaten and sexually assaulted. Set to work in the nursery, she saw nuns treating babies with horrifying cruelty.

So, will the mainstream media show the same interest in abusive nuns, as it rightly showed in abusive priests? Source
Posted by Angelo Agathangelou at 8:31 am No comments: Links to this post

The Pentagon Creates Partnership With Apple To Develop Wearable Tech

How can you ensure that the interests of TBTF Wall Street mega banks and the military-intelligence-industrial complex remain aligned? Create a revolving door of course.

Of course it’s much, much bigger than this. The genius of the current status quo system is that it has created a complicated and opaque interlocking system of crony partnerships and interdependencies between the government, mega corporations and academia so massive, wealthy and powerful it has become exceedingly difficult to challenge. This is precisely because almost everyone now depends on it for their paychecks.
Creating such corrupt networks often happens in the shadows, and in recent years has taken the form of “public-private partnerships” and secret trade deals such as the TTP, TTIP and TISA. This is how modern America operates in a nutshell, and it’s continued metastasis is rapidly destroying what’s left of freedom, common sense and free markets in this nation.
Moving along to today’s post, how free does it make you feel that the Department of Defense is partnering with 162 companies, universities and other groups to develop wearable technology? How independent can these companies and universities actually be when they are engaged in such schemes with the U.S. government. The answer is obvious: Not independent at all.

By Paul Joseph Watson: The Financial Times has published an anonymous article which calls for the abolition of cash in order to give central banks and governments more power. 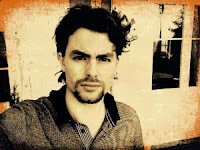 Entitled The case for retiring another ‘barbarous relic’, the article laments the fact that people are stockpiling cash in anticipation of another economic collapse, a factor which is causing, “a lot of distortion to the economic system.”


“The existence of cash — a bearer instrument with a zero interest rate — limits central banks’ ability to stimulate a depressed economy. The worry is that people will change their deposits for cash if a central bank moves rates into negative territory,” states the article.


Complaining that cash cannot be tracked and traced, the writer argues that its abolition would, “make life easier for a government set on squeezing the informal economy out of existence.”

By Janet Bloomfield (aka JudgyBitch): Unusual for me to post twice in one day, but this article at Gawker has me fiercely pissed off! I am so fucking sick of hearing the tired, pathetic, profoundly sexist story about how women don’t kill, women aren’t mass murderers, women are such kind, gentle, loving spirits and it’s the big bad patriarchy and all the mean men who are responsible for all the horror and violence in the world.
Go fuck yourself Gawker, and every shitty commenter who agreed that it’s only men who lose their minds and carry out despicable acts of cowardice against other humans.

8 children stabbed to death.
6 newborns strangled.
5 children drowned in a bath.
4 children shot at point blank range.
3 children stabbed.
2 children with their skulls smashed in with rocks.
Burned to death in a microwave.
Mouth duct-taped shut, placed in a garbage bag and left in a dumpster to suffocate.
Arms amputated, leading to fatal blood loss.

All killed by women. And not just any woman: mommy fucking dearest.