Meaning Of Life: Become Who You Are - MGTOW

Nietzsche's account of how to find one's purpose in life. Groundwork For The Metaphysics of MGTOW

Read more »
Posted by Angelo Agathangelou at 10:08 pm No comments:
Email ThisBlogThis!Share to TwitterShare to FacebookShare to Pinterest

By Kathy Gyngell: How selfish the female sex can seem today.  Not only do many think they deserve positive discrimination despite years of equal opportunities, but they also seem unconcerned about then  monopolising certain job sectors.  On top of that they assume the right to family friendly terms and conditions. Nowhere is this more true than in the case of medicine. Apparently, it is quite all right for women to claim a scarce place at medical school, then proceed to take maternity leave soon after qualification and decide that part time is all they are prepared to give in return. 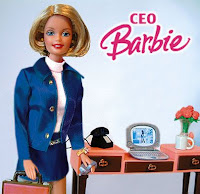 It is a sign of these selfish times that the alarm bells ringing over the impact of women doctors’ maternity leave on struggling  children’s medical services barely got a headline in The Times last week.  Yet  paediatric staff shortages are predicted to lead to  hospital unit closures - all directly the consequence of women doctors taking maternity leave and/or then only coming back part time. The Royal College of Paediatrics  and Child Health finds that this whole area of medicine has been put into jeopardy as a result.
You’d hope there would be  some honest criticism of this state of affairs.  But instead Dr Simon Clarke, the Royal College’s ‘workforce officer’, bent over backwards not to offend or upset the ever vigilant equality monitors of the NHS.  Extremely careful, is how I would describe the wording of his response to this new report. Instead of underlining the truth, which is that employing so many women doctors has proved inefficient and unproductive, he chose to interpret the facts this way:

Read more »
Posted by Angelo Agathangelou at 9:04 pm No comments:
Email ThisBlogThis!Share to TwitterShare to FacebookShare to Pinterest

The Dying Institutions Of Western Civilization

By Paul Craig Roberts: ...nothing is left
Judiciary Branch Has Self-Abolished
The US no longer has a judiciary. This former branch of government has transitioned into an enabler of executive branch fascism.
Privacy is a civil liberty protected by the US Constitution. The Constitution relies on courts to enforce its prohibitions against intrusive government, but if the executive branch claims (no proof required) “national security,” courts kiss the Constitution good-bye.
Federal judges are chosen by the executive branch. The senate can refuse to confirm, but that is rare. The executive branch chooses judges who are friendly to executive power. This is especially the case for the appeals courts and the Supreme Court. The Justice (sic) Department keeps tabs on district court judges who rule against the government, and these judges don’t make it to the higher courts. The result over time is to erode civil liberty.
Recently a three-judge panel of the US Appeals Court for the District of Columbia ruled that the National Security Agency can continue its mass surveillance of the US population without showing cause. The panel avoided the constitutional question by ruling on procedural terms that NSA had a right to withhold the information that would prove the plaintiffs’ case.

Read more »
Posted by Angelo Agathangelou at 7:15 pm No comments:
Email ThisBlogThis!Share to TwitterShare to FacebookShare to Pinterest 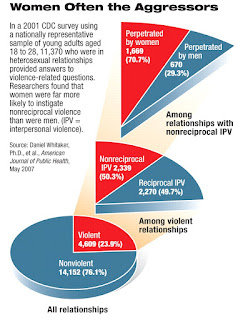 By Janet Bloomfield (aka JudgyBitch): A disturbing trend is emerging much more forcefully than I have ever noticed before in mainstream media, with the exception of Australian media. Australian media feminists have been openly, aggressively malevolent towards men for some time now, with some organizations pushing back, but far too few. (Link contains graphic video about Australian women who physically attacked, including a near fatal stabbing, their male domestic partners. It is the exclusive property of ACA, so I couldn’t embed it.)
I think it’s reasonable to extend the benefit of the doubt to many North American feminist media pundits who parrot feminists lies on the grounds that many of them have never read the original source material and are completely unfamiliar with the fact that the ‘data’ and ‘evidence’ they are citing is deeply flawed, biased or just plain fabricated. But I am noticing a new trend of media feminists consulting source material, and then openly misrepresenting that data to serve their ideological goals and frameworks.
They are, in other words, engaging in conscious, deliberate propaganda, with malicious intent.

Read more »
Posted by Angelo Agathangelou at 6:09 pm No comments:
Email ThisBlogThis!Share to TwitterShare to FacebookShare to Pinterest

#Antisemitism: The Myths And The Maths 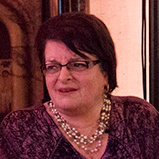 By Mira Bar-Hillel: It has become universally acknowledged that #antisemitism in this country is rising massively to alarming record-breaking levels. Most commentators accept this as a simple fact and some respond by demanding curbs on free speech, including senior MPs and even Ministers.
The myth that British Jews are living in fear of life and limb suits some people, to whom I will refer as the “Jewish Lobby”. I will do this because it is true, and because I have been called an #antisemite so often and so publicly (and that’s just by Danny, Lord Finkelstein of Pinner) that that must be true as well.
But the rise in #antisemitism is a myth and one which needs to be busted. And if it takes a Jewish #antisemite to do it, then so be it, with help from the Metropolitan Police.
When I asked the Met for figures and breakdowns of so-called “hate crime”, they were happy to oblige, adding that nobody asked them for these figures until I did. The results will strike fear into those obsessed with scaring British Jews, but actually show there is little to worry about.
In 2014 the police recorded 358 anti-Semitic offences. This is 177 fewer than claimed by the Community Safety Trust, but then the CST is a well-funded Jewish Lobby which would not exist without #antisemitism, real or made-up. The Met’s figures, by the way, also recorded 1,481 reports of homophobic attacks and 611 of Islamophobic ones (generally accepted to be massively under-reported).

Read more »
Posted by Angelo Agathangelou at 10:36 am No comments:
Email ThisBlogThis!Share to TwitterShare to FacebookShare to Pinterest

“ A group of several hundred members of the British Aryan community has launched Aryans for Jeremy, a group to support Jeremy Corbyn’s campaign for leadership of the Labour Party.”

By Gilad Atzmon: How would you react to such a fictitious headline? What would your reaction be to a news item relating to a campaign by 'white Brits for Jeremy?' How would MP Jeremy Corbyn or his campaign respond to such racially oriented support groups? Let me guess, Corbyn would be quick to disassociate himself from such politics for good reason.
This will make it fascinating to see how long it will take Jeremy Corbyn to disassociate himself from ‘Jews For Jeremy’  (http://jewsforjeremy.org/), a Jews only group that was formed this week by a bunch of secular and atheist Jews to support the leading candidate in the contest to lead the Labour Party.

I advise you not to hold your breath. While racism and racial exclusion is, thankfully, totally unacceptable in Britain, Jewish racism is not only kosher, it is actually encouraged within the British and Western Left - embarrassing indeed.
But how did all of that came about: what is the rationale behind the formation of this new Jews only group?

Read more »
Posted by Angelo Agathangelou at 8:29 am No comments:
Email ThisBlogThis!Share to TwitterShare to FacebookShare to Pinterest

By Ron Paul: Following Monday’s historic stock market downturn, many politicians and so-called economic experts rushed to the microphones to explain why the market crashed and to propose "solutions” to our economic woes. Not surprisingly, most of those commenting not only failed to give the right answers, they failed to ask the right questions. 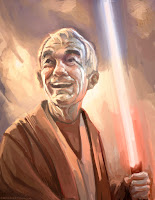 Many blamed the crash on China’s recent currency devaluation. It is true that the crash was caused by a flawed monetary policy. However, the fault lies not with China’s central bank but with the US Federal Reserve. The Federal Reserve’s inflationary policies distort the economy, creating bubbles, which in turn create a booming stock market and the illusion of widespread prosperity. Inevitably, the bubble bursts, the market crashes, and the economy sinks into a recession.

An increasing number of politicians have acknowledged the flaws in our monetary system. Unfortunately, some members of Congress think the solution is to force the Fed to follow a “rules-based” monetary policy. Forcing the Fed to “follow a rule” does not change the fact that giving a secretive central bank the power to set interest rates is a recipe for economic chaos. Interest rates are the price of money, and, like all prices, they should be set by the market, not by a central bank and certainly not by Congress.

Read more »
Posted by Angelo Agathangelou at 6:28 am No comments:
Email ThisBlogThis!Share to TwitterShare to FacebookShare to Pinterest

Read more »
Posted by Angelo Agathangelou at 5:20 am No comments:
Email ThisBlogThis!Share to TwitterShare to FacebookShare to Pinterest

Author and educator Elizabeth Noble discusses her work to bring awareness to the issue of genital integrity for all children and the controversy surrounding publication of her children's book, The Joy of Being a Boy.