Women In Canada – A Grim Picture Or Just Another Biased Report?

By mom4dads: Here in Canada we often hear about the many, many indigenous women and girls who went missing and/or were murdered. Today an internal report was released and apparently it paints a grim picture for all women in Canada. What is very hard to find, in my experience, is information about male on male crimes and women on males crimes. And since statistics like the “1 in 5” one have been proven wrong, I really have no idea if the report about women in Canada is true.
From CBCNews – Monday September 7, 2015
Canada is falling behind the developed world in women’s equality, as poverty rates climb for elderly single women and for single-parent families headed by women, says an internal report by Status of Women Canada.
According to the report, this country is in the bottom ranks in terms of the pay gap between men and women; support for child care and parental leave is well below average; the country registers 57th for gender equality in Parliament’s elected members; and it lacks a national strategy to halt violence against women.
When it comes to the salary gap between the sexes, women have hit a brick wall,” says the report.
And “while rates of male-on-male violence in Canada have diminished over time, rates of violence against women have not, and reporting has not increased.” Rural, immigrant and indigenous women are cited as particularly vulnerable.

By Paul Elam: For years we have documented the varying areas of life in which men and boys bear the brunt of discrimination and sexism. In our family courts, domestic violence services, law enforcement/criminal justice system, genital integrity, education and a host of other areas, men and boys are systematically short-changed.

The mental health industry is one of the most brutal and culpable forces concerning these issues. Countless social workers and psychologists turn a blind eye to the genital mutilation of boys and the science proving its detrimental effects on its victims. There are perhaps an even greater number of mental health professionals who knowingly and unknowingly operate under tainted research and a false narrative about domestic violence. These individuals often actively work to prevent male victims and their children from accessing services, either through malicious intent or willful ignorance.
A pernicious and destructive sexism pervades the mental health industry. It operates unchallenged behind a façade of false objectivity, false inclusiveness and false compassion. Sadly, the mental health industry is ignorant of even the most basic differences between men and women in the ways we process emotions. Men are often expected to emote like women. When they don’t, they’re judged as deficient.
These facts, and many, many more have created an unambiguous need for change in the helping professions.

Feminism LOL: SJW Rule #1: If you can't convince them, confuse them.

US Government Continues To Prove That It Is Evil Incarnate

Unconstitutional Solitary Confinement in America
By Stephen Lendman: The Eighth Amendment prohibits cruel and unusual punishments. Locking people in cages longterm with little or no human contact flagrantly violates the letter and spirit of the law. Yet it’s standard US prison practice nationwide.

America runs the world’s largest gulag system – around 2.4 million people domestically along with a covert global network of black sites, Guantanamo the tip of the iceberg.
The entire system is viciously punitive, mostly affecting people of color, half or more imprisoned for nonviolent crimes, over 500,000 for illicit drug related offenses.
Inhumane treatment is standard practice – brutalizing solitary confinement worst of all. In August, Yale Law School’s Arthur Liman Interest Program and the Association of State Correctional Administrators (ASCA) published a report titled “Time in Cell: The Liman-ASCA 2014 National Survey of Administrative Segregation in Prison.”
It updates information on an issue getting scant public attention – affecting as many as 100,000 inmates in America, excluding jails, juvenile facilities, undocumented immigrant incarcerations and military detentions.
Longterm isolation is torture by any standard – symptomatic of a brutal society treating its most vulnerable harshly. Prisoners are confined for 23 hours or longer on weekdays, 24 hours on weekends.
They’re isolated in tiny cells, often for arbitrary reasons. They’re less than 7 x 7 square feet in size – kept usually alone, at times with a second inmate.

Read more »
Posted by Angelo Agathangelou at 12:39 pm No comments: Links to this post

By Dave Alpert: Human Rights Watch (HRW) . . . a name that evokes thoughts of an organization that claims to defend and protect the rights of people around the globe. 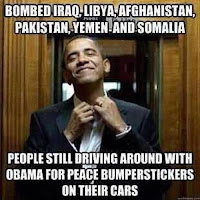 If that’s the case, how would one explain why HRW’s actions and policies appear to be a reflection and support of U.S. policies, rather than an organization that offers an independent critique of U.S. actions? There is no other country that has violated international laws and human rights more than the U.S. And still, HRW remains silent.
There seems to be a contradiction between HRW’s stated mission and their actual functioning.
An example: In 2009, President Obama announced that the U.S. will continue its “rendition” program, a program in which “terrorist” suspects were kidnapped and sent to allied countries to be interrogated and tortured. Tom Malinowski, one of HRW’s executives stated, “Under limited circumstances, there is a legitimate place for renditions, and encouraged patience: They want to design a system that doesn’t result in people being sent to foreign dungeons to be tortured,” he said, “but designing that system is going to take some time.” Is he joking . . . HRW justifying rendition and torture?

Imagine There's No Borders, It's Easy If You Try (Refugees Welcome)

Stop the War Coalition: Over 50 million people are on the move, mostly fleeing wars of the West's making. Instead of building walls and fences to keep them out, imagine there were no borders.

Read more »
Posted by Angelo Agathangelou at 7:53 am No comments: Links to this post

By Mike Buchanan: Our thanks to Jeff for pointing us to a woeful piece on ‘laddish campus culture’ in the Telegraph. An excerpt:
Universities have been told to set up a task force to examine the growth of sexist laddish culture on British campuses.

Sajid Javid, the Business Secretary, has written to university vice-chancellors, instructing them to investigate sexual and verbal assaults on women.


Earlier this year, in a study commissioned by the Telegraph, one in three women said they had suffered a sexual assault or endured unwanted advances on British campuses.

A cynical conflation of ‘suffered a sexual assault’ and ‘endured unwanted advances’ there, of the sort feminists have employed for decades. Shame on the Telegraph for adopting the same approach. People wanting to understand more about fraudulent feminist research should read Swayne O’Pie’s Why Britain Hates Men: Exposing Feminism.
I was at university over 1976-9, at one of the three most elite universities in the UK – Oxford, Cambridge, and Reading. I’d have thought far more a third of female students would have ‘endured unwanted advances’ at that time. Hopefully they weren’t emotionally scarred for life in the process.
How might Sajid Javid suggest the ‘problem’ of unwanted advances be solved? And more to the point, what the hell is he doing, as the Business Secretary, writing to university vice-chancellors on the matter, beyond the pathetic pretext of having three daughters?

Read more »
Posted by Angelo Agathangelou at 6:33 am No comments: Links to this post

"Let's cut a penis off...it would be great, then they would have to deal with it." Said Suzanne B. Monaghan, a pediatrician who cuts the genitals of children. She expressed herself to human rights activists protesting child genital mutilation at the 2014 American Academy of Pediatrics (AAP) Conference, San Diego.

Read more »
Posted by Angelo Agathangelou at 4:46 am No comments: Links to this post