Max Keiser and Stacy Herbert discuss conflicts of interest and hysterically funny wealth and income gaps. In the second half, Max interviews HBOS whistleblower, Paul R Moore, about the 4 horsemen of the accounting apocalypse as they turn to more consulting, thus creating a big conflict of interest with their audit functions.
Posted by Angelo Agathangelou at 11:04 pm No comments: Links to this post

'Feminism, at its core, is anti-male.'

By Luigi Logan (aka Fidelbogen): In a recent article I explained why it is important to draw a sharp line between feminism and non-feminism, and why this “bedrock binary” should be the foundation of political understanding that everything else is built upon:
What I didn’t provide in that article, is a working description of what feminism really is, that would make the binary meaningful. In the present article, I would like to at least somewhat correct that deficiency.
Truly, feminism is a face with a thousand masks. It has walked around in so many disguises that even people who oppose it cannot always agree on WHAT they are opposing. This lack of non-feminist agreement about what feminism really is, may be termed “target confusion”. It spawns indecision, floundering and flailing, and gives rise to the infamous “circular firing squad”. All this makes opposition to feminism difficult and inefficient.
To remedy such headaches, we should make the core truth about feminism evident to a broad spectrum of non-feminist people. If these people can discourse about the same things in the same language rather than talking past each other, they can work in concert to bring about feminism’s demise. They might still disagree on certain points, but at least their disagreements will be on the same page.

Read more »
Posted by Angelo Agathangelou at 8:42 pm No comments: Links to this post

"The only ones getting picked on are Palestinian Babies who's bodies are burned alive by Jewish settlers [aka land thieves] in the occupied territories. ...Israel is armed to the teeth and waging genocide while strapped Palestinian hospitals are filled with mutilated victims of Jewish aggression! ...The Bible in the hands of Zio-Christians is a dangerous thing. It is a land issue, the Jews stole Arab lands period. ...If driving out a people from their ancestral land poisoning their wells and stealing their orchards is a miracle of god, then
Jews make god an accomplice to murder and theft!

Read more »
Posted by Angelo Agathangelou at 6:53 pm No comments: Links to this post

By Michael Snyder: There is so much confusion out there.  On the days when the Dow goes down by several hundred points, lots of people pat me on the back and tell me that I “nailed” my call for the second half of this year.  But on the days when the Dow goes up by several hundred points, I get lots of people contacting me and telling me that they are confused because they thought the stock market was supposed to go down.  Well, the truth is that if there is going to be a full-blown market meltdown, we would expect for there to be wildly dramatic swings in the market both up and down.  A perfect example of this is what we experienced during the financial crisis of 2008.  9 of the 20 largest single day declines in stock market history happened that year, but 9 of the 20 largest single day increases in stock market history also happened that year.  If we are moving into another great financial crisis, there should be massive ups and massive downs, and that is precisely what we are witnessing right now.

On Tuesday, the Dow surged several hundred points.  There was much celebrating in the mainstream media over this, but what they failed to realize was that this was another big red flag.  And we saw this volatility carry over into Wednesday.  The Dow was up 171 points early in the day before ending down 239 points.
By themselves, those two days don’t mean a whole lot.  The key is to look at them in context.  And in context, we have already witnessed the most dramatic stock market crash since the last financial crisis.

Read more »
Posted by Angelo Agathangelou at 4:45 pm No comments: Links to this post

This Agenda is a plan of action for people, planet and prosperity. It also seeks to strengthen universal peace in larger freedom. We recognize that eradicating poverty in all its forms and dimensions, including extreme poverty, is the greatest global challenge and an indispensable requirement for sustainable development. All countries and all stakeholders, acting in collaborative partnership, will implement this plan. We are resolved to free the human race from the tyranny of poverty and want and to heal and secure our planet. We are determined to take the bold and transformative steps which are urgently needed to shift the world onto a sustainable and resilient path. As we embark on this collective journey, we pledge that no one will be left behind. The 17 Sustainable Development Goals and 169 targets which we are announcing today demonstrate the scale and ambition of this new universal Agenda. They seek to build on the Millennium Development Goals and complete what these did not achieve. They seek to realize the human rights of all and to achieve gender equality and the empowerment of all women and girls. They are integrated and indivisible and balance the three dimensions of sustainable development: the economic, social and environmental. – From the Preamble to the UN’s 2030 Agenda for Sustainable Development
By Michael Krieger: UN records reveal that the intergovernmental body has already marginalised the very groups it claims to be rescuing from poverty, hunger and climate disaster.
Read more »
Posted by Angelo Agathangelou at 1:13 pm No comments: Links to this post

#RefugeeCrisis: What The Media Is Hiding, Help #SyrianRefugees Go Home

SyrianGirlpartisan: There are a few things you should know about the Refugee Crisis - This video answers
- Its being used to bomb the country the refugees are running from
- The war was started by the US, and those now crying about the refugees in the first place
- The majority of the refugees are not Syrian, but the media are calling them all Syrian anyway.
- The gulf arab states won't let syrians in, they don't see them as arab and they'd rather give the money to ISIS
- Why doesn't Israel accept refugees?

By Michael Krieger: I have seen an uncharacteristically strong focus on London-centric posts today. Go figure. While the earlier post related to the likely bursting of the London real estate bubble, this one highlights a blistering critique of the role the City of London has played in transforming Great Britain into what George Monbiot calls a “civilized mafia state.” But that’s just an appetizer. This extremely well written and information article is a must read for anyone still in the dark regarding London’s central role within the global financial crime syndicate. 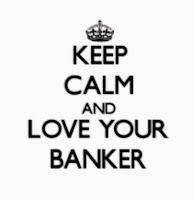 Here are a few excerpts from the Guardian:

To an extent unknown since before the first world war, economic relations in this country are becoming set in stone. It is not just that the very rich no longer fall while the very poor no longer rise. It’s that the system itself is protected from risk. Through bailouts, quantitative easing and delays in interest-rate rises, speculative investment has been so well cushioned that – as the Guardian economics editor, Larry Elliott, puts it – financial markets are “one of the last bastions of socialism left on Earth”.

Read more »
Posted by Angelo Agathangelou at 5:27 am No comments: Links to this post 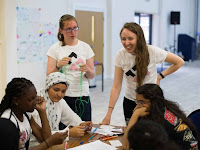 By Mike Buchanan: A whiny feminist schoolgirl has bullied one of the country’s leading exam boards into changing its music syllabus. Thin end of the wedge, anyone? What could possibly go wrong?
The ‘journalist’ is Paul Gallagher who – to his eternal shame – expresses not a single word of criticism of what’s happened, not does he report the views of anyone else who might reasonably object to it. Excerpts from his dismal piece of feminist propaganda: