Israel would resort to a “false flag incident” to torpedo the recent Iranian nuclear agreement and lure the United States into military action against the Islamic Republic, says a former US Senate candidate.
Press TV: “If the Israelis wake up in January 2017 and don’t have a person that they want in the White House, who would kill the P5+1 deal, they are very, very creative and doing other things subversively so to kill the deal,” said Mark Dankof.
“I’m chiefly referring to a false flag incident that would be created, that would be falsely blamed on Iran to recreate a renewed hysteria of the United States, where some kind of military action that take place against Iran, ostensibly to resolve this allegedly questionable nuclear deal,” he added.

The Days Of Wine & Roses Are Over: Women Must Change Their Attitudes To Dating

“They are not long, the days of wine and roses:
Out of a misty dream
Our path emerges for a while, then closes
Within a dream.”
–Ernest Dowson
“With great power, comes great responsibility.”
–Uncle Ben Parker, “The Amazing Spider-Man”

By Mumia Ali: The past year in particular has seen a frenzied debate in the public square, impacting on mating in the United States: street harassment, “Yes Means Yes” laws, the supposed date rape epidemic on the college campus, just to name a few; and all of this comes at a time when marital rates overall in the country are at all-time lows, out of wedlock births are at all-time highs and there are singletons of both sexes than at any other time in American history. Much has been and will continue to be said and written about all of this; but what has been missing from the cacophony are some hard evidence that the tectonic plates that undergird human mating in America have been shifting at a seismic rate. Oh, to be sure, there have been scholars and pundits like Andrew Hacker, Kay Hymowitz, Hanna Rosin and Charles Murray, who’ve all given their takes on the matter; but it wasn’t until “Date-onomics”, written by journalist Jon Birger, that we have an incontrovertible guide to the relations between the sexes in the 21st century.

Read more »
Posted by Angelo Agathangelou at 6:16 pm No comments: Links to this post

Men And Women Are Held To Different Standards #07

When women write about their sex lives online, it's empowering, when men do the same exact thing, it's misogyny, and racism apparently. 6oodfella

Read more »
Posted by Angelo Agathangelou at 2:03 pm No comments: Links to this post

"Assad is not going, ..he knows the Jewish scheme. ...Jewmerica has been using Al-Qaeda to destabilize Syria and force Assad out." Brother Nathanael.

Read more »
Posted by Angelo Agathangelou at 11:59 am No comments: Links to this post

johntheother: Its not about space, it's about your junk, for real
Read more »
Posted by Angelo Agathangelou at 8:47 am No comments: Links to this post

Misogyny In The Myth Of Patriarchy

By Douglas Galbi: Le blasme des femmes (The culpability of women) is medieval vernacular literature of men’s sexed protest. It’s scarcely understood or tolerated today. Many persons now believe that men ruling in patriarchy have brutally oppressed their wives, mothers, daughters and all other women throughout history. Belief in patriarchy and men’s brutality toward women has to explain away the literature of men’s sexed protest. 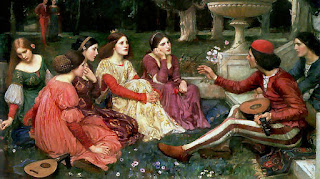 Why have some men cried out about the abuse, deceptions, and betrayals that they felt men suffer from women?

A man cannot withstand her guile
Once she has picked him for her wile;
Her will to power will prevail,
She vanquishes most any male.
…
Woman lives in constant anger,
Do I even dare harangue her? [1]

Max Keiser and Stacy Herbert discuss interest rates. How low will they go, and what measures will be put in place to keep them there. Max also catches up with Liam Halligan of BNE.eu as they discuss the story that is captivating the UK - #PigGate.
Posted by Angelo Agathangelou at 3:31 am No comments: Links to this post 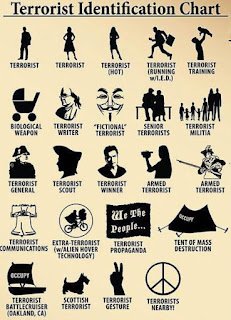 By Michael Krieger: Earlier this year, I highlighted how the UK government was cheerfully stretching the boundary of terrorist fear-mongering when it made it policy for registered childminders to “report toddlers at risk of becoming terrorists.”
No, that’s not a joke. Here’s an excerpt from the post, The War on Toddler Terrorists – Britain Wants to Force Nursery School Teachers to Identify “Extremist” Children:
Nursery school staff and registered childminders must report toddlers at risk of becoming terrorists, under counter-terrorism measures proposed by the Government.


The directive is contained in a 39-page consultation document issued by the Home Office in a bid to bolster its Prevent anti-terrorism plan.
But concern was raised over the practicalities of making it a legal requirement for staff to inform on toddlers.

Clearly not wanting to be outdone when it comes to bureaucratic buffoonery, the Commonwealth of Australia is fighting back.

Read more »
Posted by Angelo Agathangelou at 1:43 am No comments: Links to this post