Attack Of The Lying Breastapo Feminazis: Why, Of Course, It’s All Men’s Fault

By James Delingpole: My Emma ‘Mattress Girl’ Sulkowicz award for services to third wave feminism goes this week to Caroline Starmer - a breast-feeding mother whose baby was viciously snatched from her bosom by a security guard at a budget clothing store in a clear case of criminal assault. 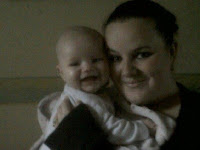 Except, of course, it didn’t happen.
Caroline Starmer was not assaulted by the security guard in much the same way as “Jackie” (the anonymous victim of the UVA campus rape story) was not raped as part of an initiation rite during a chapter house party, as actorvist Lena Dunham was not raped at Oberlin College by a Republican called Barry and, indeed, as Sulkowicz herself was almost certainly not raped at Columbia university.
What is it with these crazy chicks?
Well I think I know the answer and it’s one, I’m pretty sure, that all the crazy chicks out there are going to agree wholeheartedly: basically it’s all the fault of men.

"You see the truth now, you see the world for what it is and you're the odd man out, but you still have to live in it, so we go through the motions and yes you have a degree of insight, but you can feel powerless to change your reality. ...I will no longer mutilate and destroy myself in order to find the secret behind the ruins." Spetsnaz.

Read more »
Posted by Angelo Agathangelou at 6:54 pm No comments: Links to this post

By Janet Bloomfield (aka JudgyBitch): I catch a lot of flak from some MGTOWs in the manosphere for being a stay at home wife and mother, because I’m a parasitic bitch incapable of love or feeling, exploiting my husband and giving him nothing in return and blah blah blah, but I feel compelled to defend MGTOWs against some unreasonable accusations lobbed at them by a usually fair, balanced reporter: Elizabeth Nolan Brown at Reason.com.

For certain, there are some in the MGTOW community who do hate women, and consider them downright evil, but those are a vocal minority, and just as a whole lot of radical, hateful feminism arose from the lived, painful experiences of women, so too, I think, does a lot of the more radical sentiments expressed by some MGTOWs arise from the lived, painful experiences of men. If we’re going to define an entire movement by its radical element, feminism is over before it even starts. If feminists reject being defined by their most hateful, violent, disturbed adherents, then so too can any other social movement.
Nolan Brown starts out with a massive contradiction of her own philosophy:

As evidence of claims that libertarianism holds little appeal for women, critics like to highlight limited-government cheerleading from groups or figures known for sexism, especially men’s rights activists (MRAs) and their various offshoots (Gadsden flags in the Twitter profiles of #GamerGate fans are seen as very telling).

The excellent Alison joins us to talk about random goings on. Don't bother listening if you're not stunning and brave. 6oodfella

Read more »
Posted by Angelo Agathangelou at 11:19 am No comments: Links to this post

Truth About The Russian Military Build Up In Syria

"Is it true to say that there are Russian boots on the ground in Syria? There are perhaps advisers, some Spetsnaz. ...I have been waiting for years for Russia to say enough is enough" Russian Bear.

Read more »
Posted by Angelo Agathangelou at 9:18 am No comments: Links to this post

Commentary by Dr. Patrick Slattery: Donald Trump may not know the names of the leaders of Hezbollah or Hamas, and he may have less foreign policy “experience” that some of the other candidates, but he is showing some critical common sense that we are not hearing from the other candidates (with the possible exception of Rand Paul, to whom no one is listening). Even Princeton Professor Stephen F. Cohen, one of America’s preeminent Russia scholars, has noted during his weekly interview on the John Batchelor show that Trump alone has spoken publicly in support of developing a positive relationship with Putin’s Russia.

Trump is right: his rivals, with the exception of Paul, really are rushing headlong towards war with Russia. Even if he weren’t saying anything about the immigration issue, this alone makes him stand head and shoulders above the others.

Trump: GOP rivals ‘want to start WWIII over Syria,’ should let Russia fight Islamic State
By Kellan Howell – The Washington Times – Saturday, September 26, 2015
GOP presidential front-runner Donald Trump shared more of his views on foreign policy Friday, telling an audience in Oklahoma his 2016 rivals want to “start World War III over Syria” and suggesting the U.S. let Russia take up the fight against the Islamic State in the region.
“They want to start World War III over Syria. Give me a break,” Mr. Trump said at the State Fairgrounds in Oklahoma City, The Hill reported.

The Man Who Changed The World

We haven't needed hydrocarbon energy for more than a century! Nikola Tesla was the most AMAZING electrical engineer, who has been virtually written out of the history books BECAUSE he had the knowledge and ability to give the world FREE ENERGY... To this day no one has surpassed his knowledge (officially at least). marndin

Read more »
Posted by Angelo Agathangelou at 3:07 am No comments: Links to this post

Max Keiser and Stacy Herbert discuss the nuclear option in monetary meets fiscal policy as QE for the people encouraged by more and more. They are joined by the Keiser Report’s Spanish translator, Alberto Berenguer, who live translates Keiser and gives his insight into the Spanish. In the second half, Max and Stacy interview Liam Halligan of BNE.eu about the ‘People’s Railway,’ Jeremy Corbyn’s economic policies and more.
Posted by Angelo Agathangelou at 12:33 am No comments: Links to this post