“We can no longer tolerate the state of affairs in the world.” President Vladimir Putin
By Paul Craig Roberts: Last Wednesday (28 Sept 2015) the world saw the difference between Russia and Washington. Putin’s approach is truth-based; Obama’s is vain boasts and lies, and Obama is running out of lies.

By telling the truth at a time of universal deceit, Putin committed a revolutionary act. Referring to the slaughter, destruction, and chaos that Washington has brought to the Middle East, North Africa, and Ukraine, and the extreme jihadist forces that have been unleashed, Putin asked Washington: “Do you realize what you have done?”
Putin’s question reminds me of the question Joseph Welch asked witch-hunting Senator Joseph McCarthy: “Have you no sense of decency?” Welch’s question is attributed with initiating the decline of McCarthy’s career.
Perhaps Putin’s question will have the same impact and bring the reign of “American Exceptionalism” to an end.
If so, Putin has launched a revolution that will overthrow the world’s subservience to Washington.
Putin stresses the legality of Russia’s intervention in Syria, which is at the request of the Syrian government. He contrasts Russia’s respect for international law with the intervention in Syria of Washington and France, governments that are violating Syria’s sovereignty with unrequested and illegal military action.
The world sees that it is Washington and its vassals who “violate international norms” and not Russia.

Jews have accomplished so much! And for these final years of Jewish dominance, they are going to soak it all in!

‘Kind, Funny And Bright’ Student, 17, Hanged Himself After Being Falsely Accused Of Rape And Finding It ‘Difficult To Cope With The Investigation’ 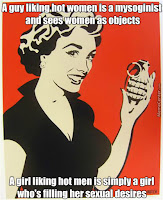 By Mike Buchanan: We regularly point to pieces about women making false rape allegations. Our thanks to Joe, a J4MB party member, for pointing us to this. It’s a tragic tale, and I was struck by this:

Central Hampshire senior coroner Grahame Short recorded a verdict of suicide and said he struggled to cope with the false accusations and the investigation.
He said: ‘I got the impression he was well liked and mature in some ways, but was a sensitive young man and vulnerable in some respects and he found it difficult to cope with the police investigation.’

The clear inference here is that if the young man hadn’t been ‘sensitive’ – a curious adjective to describe a young man with a history of depression, and taking anti-depressants – he wouldn’t have struggled to cope with the false accusations and the police investigation. It’s a grotesque example of victim blaming, and a testament to a societal lack of empathy towards men.
Joe’s email included the following, reproduced with his kind permission:

This story made me sick. It is the work of Alison Saunders, head of the CPS. This is not the world I want to leave my son.
The girl who made this false accusation needs:
1. To be named publicly (to immediately protect the innocent from her).

"Q. What’s the difference between Jeremy Corbyn and X radio?
A. One of them is still authentic
By Frank Judah:  On the day of the Labour leaders conference speech, memories come flooding back from a the same pivotal event back in late September 1997. Blair was the newly elected leader of the New Labour party, having defeated the Tories after what seemed like endless, miserable years of Conservative rule. His speech filled us with hope, optimism and made us feel as though things really “could only get better”, as their anthem repeatedly suggested. 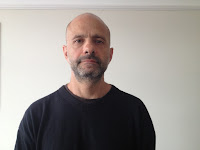 Fast forward to September in the same year and you’ll never guess - but things really did get better. Xfm, the fledgling radio station I spent years working tirelessly for, finally received a full London FM radio license. Ok, Diana died a couple of days prior to the launch and I worried whether anyone would turn up, but in the end we had to turn hundreds away. Our supporters were seemingly indifferent to the tragedy.
In the space of a few months, my world changed beyond recognition. Britpop/Indie/Alternative music and even BritArt emerged from the shadows and entered the national consciousness. The Tories were finally gone and you could now turn on the radio and listen to bands like Radiohead, Primal Scream, Mercury Rev, The Cure, and the list goes on. This was seismic given the state of the airwaves pre 1997, when ‘rock’, was represented by the likes of Phil Collins - this more than 20 years after the birth of punk.

Read more »
Posted by Angelo Agathangelou at 5:01 pm No comments: Links to this post

Hagee's Horses Of The Apocalypse Debunked

"Hagee twists scripture and contradicts Christ. ...Hagee's got it wrong about the four horses too. ...Hagee turns it into Islamophobic nonsense. ...Hagee's harangue wouldn't be complete without using headlines that make scripture fit a Zionist script." Brother Nathanael.

Read more »
Posted by Angelo Agathangelou at 1:11 pm No comments: Links to this post

Submitted by Tyler Durden: Back in June, the commander of Iran’s Quds Force, Qasem Soleimaini, visited a town north of Latakia on the frontlines of Syria’s protracted civil war. Following that visit, he promised that Tehran and Damascus were set to unveil a new strategy that would “surprise the world.”
Just a little over a month later, Soleimani - in violation of a UN travel ban - visited Russia and held meetings with The Kremlin. The Pentagon now says those meetings were “very important” in accelerating the timetable for Russia’s involvement in Syria. The General allegedly made another visit to Moscow in September.
The timeline here is no coincidence. Iran has long provided covert and overt support to the Assad regime via financial transfers, logistical support from the Quds, and via the involvement of Hezbollah in the Assad government’s fight to regain control of the country.
As we’ve documented extensively over the past several weeks, what appears to have happened here is that Iran, unable to simply invade Syria in support of Assad (because doing so would obviously be a disaster in terms of preserving the optics around the P5+1 nuclear deal), turned to Moscow which has in the past used Russia’s Security Council veto to block the referral of the war in Syria to the Hague and which is a known ally of both Tehran and Damascus.

Marriage, you may have to visit an active war zone to experience higher levels of assault!
"Obviously don't let Agenda 21 win, but indulge in relationships and procreation on your own terms to avoid the negative aspects pointed out by CS MGTOW above." Angelo.

Jews: Wake Up And Internalise The Meaning Of Corbyn

By Gilad Atzmon: Here is some good news for a change. “Jeremy Corbyn will be a disaster for Israel unless he changes his views on the Middle East.” So said Israel’s Labor Party’s Michal Biran, as she urged activists at a fringe meeting of the UK Labour Party’s conference yesterday to try and change Mr. Corbyn’s stance and rhetoric on Israel and the Middle East.

It seems that the relentless Jewish campaign against Corbyn is far from over.  But it is now relegated to the fringe of the Labour party.  Still, one wonders what exactly are Corbyn’s crimes? Apparently, he is simply blind.  He “does not see that Israel is the only place in the Middle East where you can see a gay parade,” said Biran.  Someone should explain to the Israelis and the Jews once and for all that a ‘gay parade’ is not exactly a ‘value.’ It is simply an exercise in fake tolerance. Corbyn is surely aware of Israel’s attitude towards gays, but it is the Jewish State’s brutality towards the indigenous people of its land, i.e., the Palestinians and minorities in general, that he opposes.
For some reason, the Israeli politician believes that there is a continuum between Britain, a pluralist society and her own racist and supremacist Jews only state.  “There is a difference between criticising the Israeli government and being friendly with Hamas and Hezbollah. There is no way in the world that you can say there is any common ground. The society they imagine and they pursue is one that none of us sitting in this room would like to live in.”

Max Keiser and Stacy Herbert discuss the TS Eliot like qualities to the global financial markets as big bets (in housing and fracking) fail to pay off and (deeply) negative rates lurk on the wasteland that is our economic horizon.
Posted by Angelo Agathangelou at 3:54 am No comments: Links to this post

Meryl Streep, Star Of The Film Suffragette, Refuses To Call Herself A Feminist. Feminist Meltdown Ensues.

By Janet Bloomfield (aka JudgyBitch): Meryl Streep, by any reasonable account, is a feminist. She sent each and every member of Congress a package, asking Congress to support the Equal Rights Amendment and to ‘stand up for equality—for your mother, your daughter, your sister, your wife or yourself.’ Interesting inclusion of the world ‘yourself’ there – is she addressing the women in Congress or is she aware that the ERA would actually rectify the fact that women currently have more legal rights than men?
Pass the ERA, and it will no longer be legal to hack the healthy genital skin off newborn babies, as long as those babies are male. Pass the ERA, and the ladies will be required to sign up to die before they can vote or access federal and state funding, just as their brothers are required to do. Pass the ERA and the tender years doctrine hits the trash can. Say goodbye to preferential custody of children. Pass the ERA and the grounds for sentencing women less harshly for the same crimes men commit evaporates. Pass the ERA and every privilege women currently enjoy disappears. In many cases, I don’t think the ladies have really thought this one through.