By Mike Buchanan J4MB: Just back home, following our second day handing out thousands of leaflets outside the Conservative party conference in Manchester. We were met with negligible hostility other than from a handful of feminists, both female and male. I recommended the website of The Anti-Feminism League to them, as well as that of A Voice for Men.

Collectively we had a huge number of calm and amicable conversations with people, including Jews and Muslims. Most freely admitted they had no idea about the physical and psychological problems which commonly result from MGM – as detailed in the Global Survey of Circumcision Harm – or that the procedure is illegal in the UK (although prosecutions are not brought). The proof that MGM is illegal in the UK – notes of a speech by a barrister, with links to his presentation – is here.
We were supporting the good people from Men Do Complain, and over the two days the tireless leaflet distributors included Richard, Patrick, William, John, Oliver (at 18, the youngest of the group), Tim, Jon and Robin. It was an honour to work with these men, and I look forward to doing so again. We all felt the exercise had been successful beyond our wildest dreams, and decided that next year we’ll campaign outside at least four party conferences – Conservative, Labour, Liberal Democrat, and UKIP.
We shall post photographs and links to video footage in the coming days.
Onwards and upwards!
Posted by Angelo Agathangelou at 10:55 pm No comments: Links to this post

This Week In Feminist & SJW Stupid

It's everyone else's fault but their own. Sargon of Akkad
Read more »
Posted by Angelo Agathangelou at 7:25 pm No comments: Links to this post

"Gender relations have changed dramatically in the last few decades on any available measure, be it employment, income, educational levels, so much also that woman are increasingly outperforming men on many levels. ...The idea of male privilege is artifact, it simply does not hold water." Dr Tanveer Ahmed at Ryerson University.
Posted by Angelo Agathangelou at 4:53 pm No comments: Links to this post 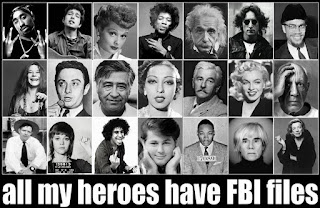 By Michael Krieger: The following story reported by the Financial Times, is one of the most disturbing I’ve seen in a very long time. Here’s an excerpt from the article, titled: FBI Scouts for Younger Class of Cyber Sleuths

The Federal Bureau of Investigation is looking to enlist teenagers in its fight against cyber crime before they are lured into high-paying private sector jobs or fail background checks by smoking marijuana.

A first of its kind pilot program to be launched next autumn by the FBI will offer computer security classes to select high school students near Pittsburgh, Pennsylvania, for university credit.

Personally, I see this as the statist equivalent of pedophilia. There’s so much about adults preying on young kids for sex that offends us, but at its core is the question of an unbalanced power relationship. We all know that teenagers are confused, impressionable and easily manipulated. What is so offensive about sexual predators is they are taking advantage of this vulnerable emotional state to gratify themselves. It’s almost always an unfair dynamic.

Read more »
Posted by Angelo Agathangelou at 3:14 pm No comments: Links to this post

The Western Alliance Is Crumbling: E.U. Is Abandoning U.S. On Overthrowing Assad

By Eric Zuesse: Europe is being overrun by refugees from American bombing campaigns in Libya and Syria, which created a failed state in Libya, and which threaten to do the same in Syria. Europe is thus being forced to separate itself from endorsing the U.S. bombing campaign that focuses against the Syrian government forces of the secular Shiite Syrian President Bashar al-Assad, instead of against his fundamentalist Sunni Islamic opponents, the jihadist groups (all of which are Sunni), such as ISIS, and Al Qaeda in Syria (al-Nusra). 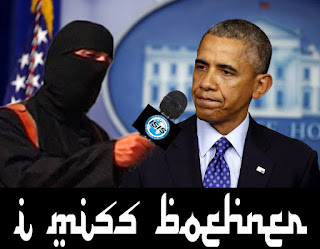 A member of the Iraqi parliament has said:

The pressure on the Syrian regime, which is fighting ISIS, must be lifted. They should not try to strengthen the feeble Free Syrian Army [FSA]. There is no FSA. There is ISIS in Syria and Iraq. You cannot fight ISIS in Iraq, yet support it in Syria. There is one war and one enemy. The U.S. should give up its hypocrisy. People are not brainless.

The European publics oppose America’s bombings, which have poured these refugees from American bombing, into Europe. European leaders are starting to separate from alliance with the United States.

By Uma Challa: “Stop violence against women!” That is a slogan that we have heard, day in and day out, over the last thirty years and have agreed with, unquestioningly. By doing so, we have also embraced its underlying assumptions, that violence is a gender issue, that men have been historically inflicting violence on women, all men (and only men) are capable of violence and that violence against men (by women) does not exist.
More recently, the focus of the subject has been broadened to include boys. A social awareness platform called Vogue Empower even made a short film entitled “Start with the Boys” which says, “We have taught our boys not to cry. It’s time we teach them not to make girls cry”.
Echoing this politically correct stance, and underlining the agenda of her Ministry, Women and Child Development Minister, Ms. Maneka Gandhi, recently said, “All the violence is male generated. One of the ways to tackle this is at the school stage”.
Ms. Gandhi proposed a program called “gender champions’’ in which “boys who have been particularly respectful and helpful to girls and deserve to be emulated” will be rewarded every year.

The powerful impact of these political and media generated messages is reflected in everyday conversations as well. To quote an example, a mother, who was worried about her 7 year old boy who would not talk to girls on his school bus, expressed her concern on Facebook, and received the following response from another boy’s mother:

Read more »
Posted by Angelo Agathangelou at 10:04 am No comments: Links to this post

By David King: Feminist groupthink is now so strong that it seems that feminists are complaining about censorship - by other feminists. Or, at the very least, that was the subject of an episode of BBC Radio 4’s time-honoured programme, Woman’s Hour, aired 10am BST Friday, October 2nd, 2015. From the show notes:

Two speakers have pulled out of a feminist conference in protest after campaigner Jane Fae withdrew saying she was effectively being silenced because she had written about pornography. Is this evidence of increasing intolerance and efforts to actively censor views which might offend?

This episode was hosted by Woman’s Hour‘s primary host Jenni Murray (who, I am given to understand, is a radical feminist with no love for the likes of Erin Pizzey, or anybody who doesn’t toe the line on the gendered basis for DV). She introduced the programme with the following (square brackets indicate annotations by me):


Now there’ve been a number of incidents over recent weeks which rather smack — of censorship. First the Iranian activist, Maryam Namazie, was told she was banned from speaking at Warwick University because of fears she might incite hatred against Muslim students.

"Reject the construct of gender. I'm not saying we should all become transgendered, transsexual, fluid gender, blah, blah, blah, social justice bull crap, no, I am saying depart entirely from that conversation, don't buy into it, it is nothing but a tool of social control." johntheother

Commentary by mom4dads: Mr. Sotomayor wonders why is it that so many black women refuse birth control methods. The same question could very well apply to women of all races, in that part of the world in which women have access to an incredibly huge range of options when it comes to birth control methods, as opposed to men. The women Mr. Sotomayor talks about decide to have numerous babies, no matter who the father is, no matter how “ready”/interested these women are in becoming mothers in the first place and no matter if they have the means to financially support the child (who ends up being raised in a poor, dangerous neighbourhood, often neglected by the mom who is single and only relies on child support from the dad or the state.).