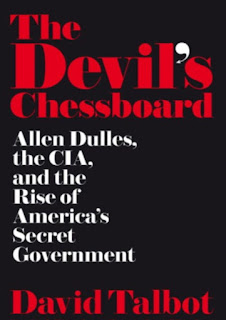 Allen Dulles, the CIA director under presidents Eisenhower and Kennedy, the younger brother of Secretary of State John Foster Dulles, and the architect of a secretive national security apparatus that functioned as essentially an autonomous branch of government. Talbot offers a portrait of a black-and-white Cold War-era world full of spy games and nuclear brinkmanship, in which everyone is either a good guy or a bad guy. Dulles—who deceived American elected leaders and overthrew foreign ones, who backed ex-Nazis and thwarted left-leaning democrats—falls firmly in the latter camp.
But what I was really trying to do was a biography on the American power elite from World War II up to the 60s. That was the key period when the national security state was constructed in this [USA] country, and where it begins to overshadow American democracy. It’s almost like Game of Thrones to me, where you have the dynastic struggles between these power groups within the American system for control of the country and the world…

By Kathy Gyngell: If there is one film I shudder at the thought of being made to see, it is Suffragette.
The pictures of its fearless heroines (Carey Mulligan, Helena Bonham Carter and Anne-Marie Duff) gazing virtuously out from every newspaper are enough to put you off.  Why the producer did not find cameo roles for the two Emmas (Thompson and Watson) and Helen Mirren, as well as Meryl Streep, to complete the feminist star line up I cannot think. They must be spitting at being upstaged in this gender equality signalling competition. Though Dame H, whose PR must never sleep,  probably is still well ahead.

If the film’s reviews are anything to go by, whether by the naively admiring Brian Viner of the Daily Mail,  Robbie Collins of The Daily Telegraph, or the sceptical David Sexton of the Evening Standard, I’d have to be dragged to the cinema kicking and screaming.
Its directors and stars lost any sight of the difference between fact and fiction long ago.  They seem to think their make-believe film is true. Carey Mulligan, who plays the ‘star suffragette’ Maud, with her tragic and resigned face plastered across Elle, says she is now tired of her strong woman label.

Read more »
Posted by Angelo Agathangelou at 8:16 pm No comments: Links to this post

There Is No Freedom Of Information Once We Charge For It

By Natasha in Researching Reform: A new consultation on Freedom Of Information requests, which have until now allowed members of the public to access government data for free, is seeking to charge for the service, and has left people feeling deeply divided about the proposal.

Some have suggested that to charge for this information would limit a fundamental right, one which allows for greater transparency inside government, whilst others have taken the view that charging a fee is only reasonable in light of the man hours it requires to answer these requests and source the information asked for, where possible.
So who is right, and how should we address yet another cut to services which are most often used either by the most vulnerable in society, or on their behalf?

Mathematics Of Feminism: Women As A Class

By August Løvenskiolds: Feminism can be perplexing to many because the terms feminists use can be ill-defined and feminists use language in imprecise, confused and even contradictory in some ways. Terms like “women as a class,” when compared to just saying “women,” can be really tricky. 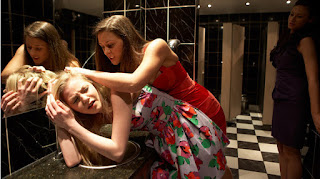 For example, consider the recent “listicle” (list / article portmanteau) by trans-exclusive radical feminist Meghan Murphy, a Canadian ginger. According to Murphy, she has identified “nine actual things that really do make you a better feminist than everybody else:”
In point number 1 of her listicle, Murphy posited the gender stereotype that “Being a women,” and not being a man, makes a person a better feminist:

Being a women is central to being a feminist because feminism is a movement that is by and for women.

Yet, in her very next point 2, Murphy asserts that gender stereotypes (like “women make better feminists”) are BAD – so bad that using them disqualifies one as a feminist.

Has Obama Come To His Senses? Obama Shows Strength By Recognizing The Failure Of The Neo-Con-Artists' Policy

By Paul Craig Roberts: Tyler Durden of Zero Hedge and others are misinterpreting Steve Kroft’s “60 Minutes” interview with President Obama. They see weakness and confusion in Obama’s responses and conclude that Kroft shredded Obama.
What I see is entirely different. Steve Kroft is either a neoconservative or he is inculcated into the neocon mind-set that the US must prevail everywhere. Kroft’s view is that weakness and indecision on Obama’s part is the reason the US is not prevailing in Syria. Kroft’s purpose is to embarrass Obama and push him into escalating the situation.
However, Obama is too strong for him. I read the interview as Obama saying that the neocon program has turned out not to be in America’s national interest. At the end of the Syria section of the interview, Obama says: “If in fact the only measure [of US strength] is for us to send another 100,000 or 200,000 troops into Syria or back into Iraq or perhaps into Libya, or perhaps into Yemen, and our goal somehow is that we are now going to be, not just the police, but the governors of this region, that would be a bad strategy. If we make that mistake again, then shame on us.”
The interview shows me Obama’s strength in recognizing and stating the failure of the neocon program to which his administration was hitched by policymakers in the government. There is hope in this demonstration of strength that in his final year as President he will pull back from the crazed, insane neoconservative agenda of US world hegemony.

The Monkey With The Biscuit

How 2 Gro Grass + Woke Up This Morning

"I'm the mothafucker told the world how to grow grass, ...you get a little seed and you water it, you let a little light shine on it". Deek Jackson

Read more »
Posted by Angelo Agathangelou at 5:32 am No comments: Links to this post

The New Age Scientology Of Feminism

Feminism is selling the same lie as New Age gurus: It's magical woo. Feminism LOL
Read more »
Posted by Angelo Agathangelou at 3:13 am No comments: Links to this post

johntheother: It's a system of social programming to break people down, degrade them, and demoralize them. Not just the "targeted" enemies of social justice either, the marxists get chewed up, degraded, and broken down too. How else can you take normal humans and make them savage each other over imagined and make-believe transgressions.
Posted by Angelo Agathangelou at 12:18 am No comments: Links to this post