Sorry, Ladies, There Really Is A Man Shortage

By Reed Tucker: It’s not your fault. It’s the ratio. [Angelo: Cough ...bullshit!]
To all the young, college-educated women out there who feel like Donald Trump will probably become president before they find a decent, eligible man, take comfort.
According to author Jon Birger, you’re not imagining things. In “Date-onomics: How Dating Became a Lopsided Numbers Game,” out today, Birger, a former writer for Fortune and Money magazines, crunched demographic, census and other data to show that it really is historically rough out there for the ladies. 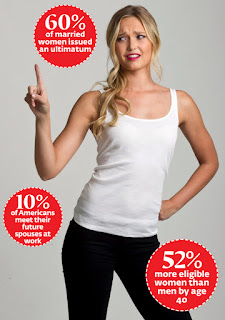 After noticing that his single gal pals were always complaining that “guys were ignoring them or were toying with them,” Birger decided to investigate. Based on his research, here are eight reasons why women can’t find a man — and strategies for increasing their odds.

You’re looking in Manhattan
The island is great for, say, watching a cheesy musical or spending $300 on a bottle of vodka. But for dating? Not so much.
“Because women have been graduating from college in 30-plus percent greater numbers than men for years, there are now four women for every three men nationally in the marriage-age, college-educated dating market,” Birger says. 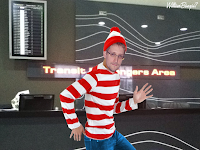 ByLibby Plummer: Tech firm Microsoft handed the NSA access to encrypted messages sent over Outlook and Skype, according to whistleblower Edward Snowden.
According to leaked internal memos given to The Guardian, the U.S. government’s National Security Agency (NSA) worked with Microsoft in order to enable them to read personal messages sent over Skype as well as Outlook email, and its predecessor Hotmail.
Microsoft also gave the NSA access to its increasingly popular SkyDrive cloud storage service, according to the reports.
Former NSA contractor Snowden provided the newspaper with documents that suggested a ‘sophisticated’ link between the government agency and the tech giant.
Microsoft claims that it is only doing what it is compelled to do to stay within the law, explaining in a statement:
“When we upgrade or update products we aren’t absolved from the need to comply with existing or future lawful demands.”
In June, The Guardian revealed that NSA claims to use ‘Prism’ software to access all of the major tech companies including Apple and Google.
Read more »
Posted by Angelo Agathangelou at 8:04 pm No comments: Links to this post

By Janet Bloomfield (aka JudgyBitch): 40 years of feminism has successfully taught most women, even those that don’t identify as feminists (the overwhelming majority of women), they should have rights without responsibilities, someone else is always to blame for their personal failings, and they are entitled to free stuff, because vagina! 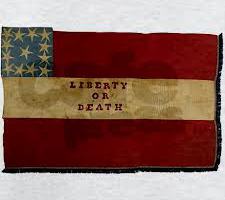 On the day he turns 18, every American man receives a crystal clear message from the powers that govern him that he is required to give his life in service to liberty; his freedom comes with a price. It’s not free. He must sign a Selective Service card and register his whereabouts until he turns 26, on penalty of a felony conviction, which carries the added insult of disenfranchisement in some states. He cannot vote without agreeing to die. An American woman turns 18, and heads to the ballot box, enfranchised with the right to elect the men and women who can send her brothers, her father, her uncles, her nephews, her friends, to leech their blood and lives into the ground, with no obligation of any kind to offer her body in service to the same ideal: freedom. Her freedom is free.
It shouldn’t be.

Read more »
Posted by Angelo Agathangelou at 6:57 pm No comments: Links to this post

A conversation with Sheikh Imran Hosein and Joaquin Flores part 1
This is part I in a series of talks which Flores had with Sheikh Imran Hosein over a two day period in Belgrade on the 7th and 9th of October, 2015. The aim of these talks were to explore some questions which went a little deeper than what is normally presented by the Sheikh. The Sheikh and Flores in this part discuss the relationship between the industrial and scientific revolutions, modernization in western capitalism vs. socialism, and the ultimate effect of these processes on values or morality as understood religiously.

Read more »
Posted by Angelo Agathangelou at 3:25 pm No comments: Links to this post

The Humiliation Is Complete: ISIS Fighters Cut Off Beards And Run Away As Russia And Iran Close In 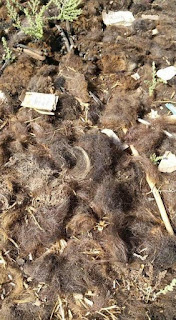 Submitted by Tyler Durden: The thing about ragtag groups of militants that display a penchant for extreme violence is that in the absence of serious opposition, they can rack up gains at an alarming pace.
Of course there are plenty of (possibly credible) theories out there, which suggest that some of what you see in the videos released by ISIS is for show and we won’t endeavor to assess the degree to which the group’s brutality is real versus staged, but one thing is clear: regardless of who is funding, training, and/or supporting them, there are obviously fighters on the ground in the Mid-East waving the ISIS flag and committing atrocities in its name.
That works well when it comes to destabilizing fragile states that are already beset with sectarian bickering on the way to claiming large swaths of territory from a defenseless citizenry.
But you can’t intimidate a modern fighter jet by waving around a sword and if you’re a newbie on the Mid-East militant scene, you can’t scare a three decade veteran by beheading a couple of people, which is why if you’re ISIS, the combination of the Russian Air Force and Hezbollah ground troops is absolutely terrifying.

Luke Rudkowski covers the latest news of a new Edward Snowden coming out and releasing hidden government documents relating to the deposition matrix. We go over the media censorship of this topic, the talking points, and rebuttals to government propaganda. WeAreChange

Read more »
Posted by Angelo Agathangelou at 10:57 am No comments: Links to this post

By Michael Krieger: One of the most dangerous trends in America today is occurring on college campuses. These are the places I grew up viewing as laboratories for free speech, youthful energy and resistance to the status quo. 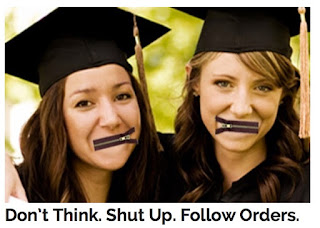 Unfortunately, what they’re turning into are anti-intellectual wastelands in which America’s supposedly “best and brightest” are being transformed into unthinking, mentally shackled, emotionally stunted automatons. The only thing being produced on college campuses these days seem to be frightened, thoughtless worker-bees, conditioned to shut-up and instinctively worship authority. Rather than teaching kids to think critically, administrators have created an environment where kids aren’t encouraged to think at all.
Moving along, today’s piece relates to a recent incident on the University of California Los Angeles (UCLA) campus. A fraternity-sorority party was held under the theme “Kanye Western,” in which partygoers wore costumes parodying Kanye West and his wife Kim Kardashian. Naturally, this was simply too much to handle for a vocal group of censorship-inclined students. As such, the accusations began to fly that the greek students wore blackface, and school administrators immediately moved to suspend the social activities of the fraternity and sorority before completing an investigation.

Read more »
Posted by Angelo Agathangelou at 7:34 am No comments: Links to this post 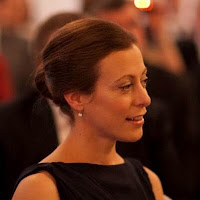 By Laura Perrins: The parenting articles informing us how we are all raising a nation of spoilt brats are ubiquitous. There was one a few weeks ago in Saturday’s edition of The Times.
We are told in a new book The Me, Me, Me Epidemic by the author, Amy McCready, that the signs to look out for include: your children expect bribes or rewards for good behaviour, rarely lift a finger to help, are more concerned about themselves than others, apportion blame when things go wrong, cannot handle disappointment, expect to be rescued from mistakes, feel like the rules do not apply to them, and always want “more, more, MORE!”
You know the drill and you know the type. The author warns that these entitled kids will be unprepared and unable to survive the ups and downs of adult life. People often say, these spoilt brats will get a ‘rude awakening’ when they grow up.

Is There Significant Anti-Israel Sentiment In Organized Judaism? 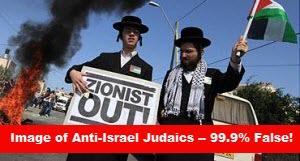 Dr. Duke and Pastor Dankof: Is there significant anti-Israel sentiment in organized Judaism? And - The Big Lie of “anti-Semitism!”
Pictures of Jews in Orthodox Jews holding up signs against Israel are pervasive on the Internet. But the truth is that groups like “Neutra Karta” are but the tiniest fraction of organized Judaism. So, the question is why are these images promoted? In fact, these false images distort the fact that Judaism is massively united behind the Zionist State of Israel and its crimes against humanity!
Not one synagogue in 5,000 would openly proclaim itself an enemy of the Israeli State. But, many people are fed the false impression that “true Jews” and organized Judaism opposes Israel and Jewish racist supremacism!
Dr. David Duke and Pastor Dankof go deeply into the myths about anti-Semitism instilled by the Jewish media conglomerates. Among the issues discussed:
Is it simply a Zionist problem or “Jewish problem?” — Is Zionism simply a political and state expression of Judaism? — Although are some disagreements among religious Jews on the Israel State, of ten of thousands of synagogues how many could be described as enemies of Israel?
In fact, in regard to that last question, far less than one percent of Jewish Synagogues could be classed as enemies of the State of Israel.