On 4/5 October J4MB supporters travelled (mainly from afar) to the Conservative party conference in Manchester. The weather was glorious throughout the two days, predictably, and we were supporting the anti-MGM charity Men Do Complain http://mendocomplain.com. Collectively we handed out 2,000 leaflets - the (two-sided) design is here https://j4mb.files.wordpress.com/2015... - and we engaged in a huge number of conversations, almost all amicable, many with traditionally-minded Jews and Muslims.

johntheother: If the rule of feminist projection holds, then KATHRYN SCHULZ is a dishonest, narcissistic prig.

Read more »
Posted by Angelo Agathangelou at 9:05 pm No comments: Links to this post

By Milo Yiannopoulos: As one of life’s givers, I’m always looking for new ways to selflessly contribute to the sum total of human happiness. 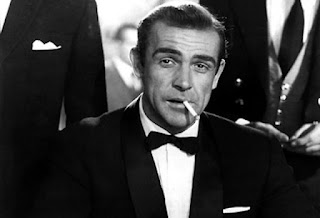 Today is my birthday. Don’t ask how old; I’ll only lie. I am announcing today that I am to have no more birthdays in the future. From now on, October 18 (in case you’re a loser and you’re reading this a day late because you don’t have Milo Alert!) will be officially recognised as World Patriarchy Day.
Feminists like to claim that there is a sinister cultural phenomenon known as the “patriarchy,” through which all men, especially if they are white, contribute to a set of values and social norms that marginalise and exclude women.
What a load of old shit. I honestly can’t believe people fall for this rubbish. So, in an attempt to redress the imbalance between fact and fantasy, World Patriarchy Day is the day on which you should feel free to express your masculinity in the most odiously toxic manner imaginable.

Submitted by Tyler Durden: We’ll just put this bluntly: when you, as a country, do something incredibly stupid from a foreign policy perspective, you open the door for your global critics and adversaries to i) call you out on it publicly, and ii) use your gross incompetence and general disregard for anything that even approximates common sense, to their geopolitical advantage.
And make no mistake, in Syria, Washington, Riyadh and Doha did something incredibly stupid. 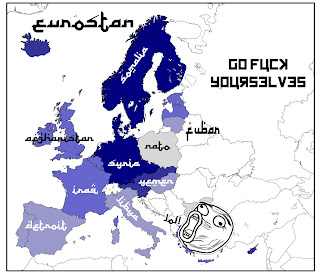 They financed, armed, and trained a hodgepodge of Sunni extremists in Syria in an attempt to destabilize a regime that was deemed to be unfriendly to the interests of the West and its regional allies.
Not to put too fine a point on it, but from the perspective of human suffering, the results have been simply horrific: hundreds of thousands dead and millions displaced.
From a reputational perspective, the results have been equally catastrophic.

Bigotry Is Not A One-Way Street 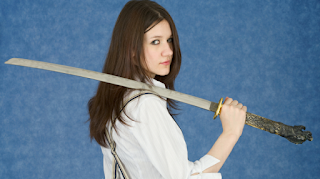 By David King: One commentator recently complained, twice (on two different articles), that the world is not a trans*-inclusive safe space. He (or she, though for the purposes of this article I will assume the generic ‘he’) added:

I tried everything I could to make the world a better place but your hatred and bigotry wont allow it. I can find it in my heart to love why cant you.

Another requested that I turn my reply to that person into an article, so here is an adapted version of it.
Let me school social justice warriors about bigotry.
The primary characteristic of bigotry is narrow-mindedness. That narrow-mindedness is the foundation of the aggressive, chosen ignorance that fuels all bigotry. Bigots are either unwilling to consider alternative points of view, or seek to impose their perspective on everybody else — and these are the worst kind of bigot.

Max Keiser and Stacy Herbert discuss economic insurgents and fiscal charters [Nigerian scam] leaving the economy to monetary policy. In the second half, Max interviews Fran Boait of Positive Money UK about Osborne’s ‘fiscal charter,’ the rise of inequality and its causes.
Posted by Angelo Agathangelou at 3:31 pm No comments: Links to this post

A Patronising Letter To Women In STEM

6oodfella: Apparently, women have it so tough in STEM, it's surprising any of them would want to go into that field in the first place.

Read more »
Posted by Angelo Agathangelou at 1:35 pm No comments: Links to this post

The Longer The Conflict Over Catalonia’s Independence Simmers, The More Dangerous It Becomes

By Don Quijones: When Catalonia’s pro-independence parties won a majority of seats in regional elections at the end of September, relations between Madrid and Barcelona reached their lowest point since the death of Spain’s dictator, Francisco Franco, in 1975. In the last few days they sank even lower. 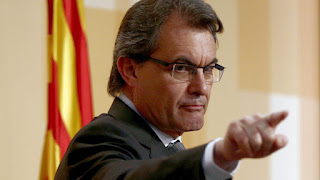 Political Show Trial
On Thursday Catalonia’s elected premier, Artur Mas, was called to testify in Catalonia’s High Court (TSCJ) for his role in organizing a purely symbolic, non-binding referendum on national independence on Nov. 9, 2014. Mas has been charged with serious disobedience and other crimes for ignoring a court injunction against the unofficial vote, which the central government in Madrid considered illegal.
Mas was not alone as he strode to court along Passeig Lluis Companys, the Palm-lined boulevard named after the Catalan republican leader executed exactly 75 years ago to that very  day (quelle coincidence!) by a Francoist firing squad. Mas was accompanied by a crowd of thousands of pro-independence supporters, including 400 town and city mayors and dozens of members of the regional executive.
For Catalonia’s blossoming separatist movement, it was the perfect PR coup.

Mike Buchanan: This discussion on the topic of sexual consent was hosted by Nicky Campbell - the man on the left - for BBC 5 live Breakfast. It was prompted by a story about George Lawlor, a student at Warwick University. Lawlor rightly objected to being invited onto a course about sexual consent.

I debated with Leah Phillips, a PhD student at the University. From her university profile page: "My research focuses on our cultural concern with the adolescent female body, and that body's presentation and construction in popular media and culture."

Toy Soldiers: It seems the United Kingdom wants to set the record for ridiculous sentences for child rape. In the latest incident, Marie McCarthy admitted to raping a 15-year-old boy 29 years ago:

Lee Bonner, prosecuting, told Liverpool Crown Court today that at the start of the school summer holidays in 1986 McCarthy visited the boy’s mum and when he came downstairs in a towel to get something for his bath she wolf-whistled at him.
As he left the room he heard her telling his mum that if she went after him he “would go up the stairs as a boy and come down as a man.”
While he was in the bath she came in, plunged her hand into the water and grabbed his private parts and after making a sexual remark she left laughing.
A week later he was at her Huyton home looking after her young son when she sat next to him wearing a tight nightdress and after saying everything would be all right began stroking different parts of his body.