Press TV: The final version of the draft resolution was changed in the last minute and the clause was removed. The UNESCO has approved a resolution which criticizes Israel for failing to protect heritage sites and rebuild regions destroyed by war. The resolution also calls on Israel to stop taking provocative measures which violates the sanctity and integrity of the al-Aqsa Mosque. The draft resolution was submitted by Egypt, Tunisia, Algeria, Morocco, Kuwait, and the United Arab Emirates on behalf of the Palestinian Authority. Tel Aviv has condemned the resolution and called it a clear endeavor to distort history and appropriate the site.

Read more »
Posted by Angelo Agathangelou at 11:00 pm No comments:

By Gilad Atzmon: The following is the official record of the conversation between Adolf Hitler and Haj Amin al-Husseini in Berlin. You may note that while the Leader of National Socialist Germany seems to be committed to the battle against world Jewry,  the Grand Mufti of Jerusalem is only concerned with Arab and Palestinian's interests as one would expect him to be. 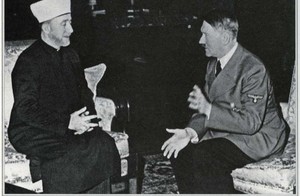 In the entire text there is not a single reference to 'Jew burning' as Israeli PM Benjamin 'The Baby Butcher Of Gaza' Netanyahu suggested yesterday.

The Grand Mufti began by thanking the Fuhrer for the great honor he had bestowed by receiving him. He wished to seize the opportunity to convey to the Fuhrer of the Greater German Reich, admired by the entireArab world, his thanks for the sympathy which he had always shown for the Arab and especially the Palestinian cause, and to which he had given clear espressos in his public speeches. The Arab countries were firmly convinced that Germany would win the war and that the Arab cause would then prosper: The Arabs were Germany's natural friends because they had the same enemies as had Germany, namely the English, the Jews, and the Communists.

Read more »
Posted by Angelo Agathangelou at 9:51 pm No comments:

By Mike Buchanan: With all the problems there are in the world today, you’d think the United Nations would have better things to spend money on than the coach photographed earlier today in East Horsley, Surrey. 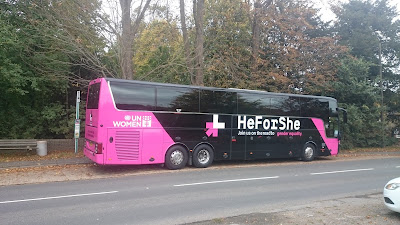 The J4MB campaign vehicle isn’t quite as large as the HeForShe coach, but at the last count – before the general election – it was worth £1.3 million. I explained the reasons for the unexpectedly high valuation in a video. Hopefully the vehicle is worth even more today.

Just When You Think It Can't Get Funnier... (Bibi, Hitler & The Mufti) 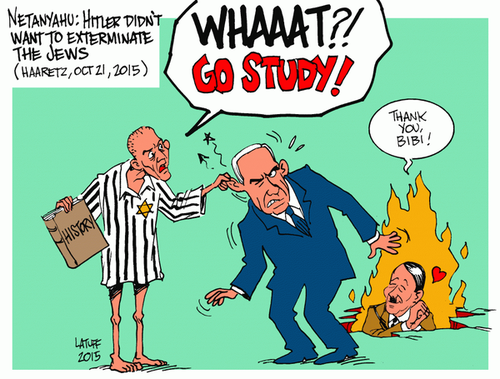 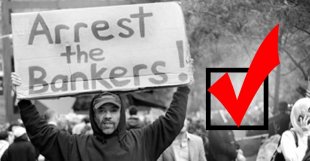 By James Woods: In a move that would make many capitalists’ head explode if it ever happened here, Iceland just sentenced their 26th banker to prison for their part in the 2008 financial collapse.
In two separate Icelandic Supreme Court and Reykjavik District Court rulings, five top bankers from Landsbankinn and Kaupping — the two largest banks in the country — were found guilty of market manipulation, embezzlement, and breach of fiduciary duties. Most of those convicted have been sentenced to prison for two to five years. The maximum penalty for financial crimes in Iceland is six years, although their Supreme Court is currently hearing arguments to consider expanding sentences beyond the six year maximum.
After the crash in 2008, while congress was giving American banks a $700 billion TARP bailout courtesy of taxpayers, Iceland decided to go in a different direction and enabled their government with financial supervisory authority to take control of the banks as the chaos resulting from the crash unraveled.
Back in 2001, Iceland deregulated their financial sector, following in the path of former President Bill Clinton. In less than a decade, Iceland was bogged down in so much foreign debt they couldn’t refinance it before the system crashed.

Read more »
Posted by Angelo Agathangelou at 4:31 pm No comments: 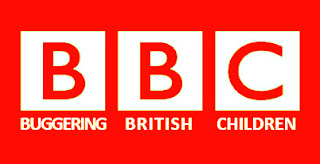 By hequal: At the beginning of this month we exclusively highlighted the BBC’s refusal to report on the Jay Cheshire case, a 17 year old who tragic took his own life as a result of an allegedly false rape accusation. The BBC’s outright refusal to report on the case even when asked to do so resulted in an in depth HEqual investigation into BBC ethnics in which we uncovered the fact that the organisation had never reported on a single suicide resulting from false rape accusations in its history!
Even this week the Cheshire case is still in the headlines, and we’ve noticed reports as far afield as Ghana and Nigeria.

Read more »
Posted by Angelo Agathangelou at 3:23 pm No comments:

By Don Quijones: Things are not looking good for the euro. Out of its 16 years of existence, the euro has spent seven years in crisis. Rather than serving as the EU’s springboard to global dominance, as had been planned, the euro could well be its ultimate undoing. 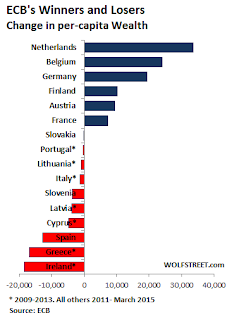 The European single currency’s share of global transactions has dramatically shrunk in the last two years, from 40% in January, 2013, to 27% today. Europe’s share of global earnings has halved from just over 40% in 2009 to just over 20% today. It’s hardly what you’d call a success story.
There seems to be no agreement among Europe’s major power brokers about how to put the project back on track. If recent statements out of London, Frankfurt, Paris and Berlin are any indication, there is a growing resignation that Europe’s unification may have reached its outer limits. At least for now.

The first murmurings of disquiet came from the Frankfurt-based ECB, which just released some data on the biggest winners and biggest losers of the debt crisis and the ECB’s monetary policies, such as its negative deposit rates, QE, and all the other schemes it has used over the years to create that special wealth effect that would get the Eurozone economy moving.
The results are hardly a surprise: the biggest losers are Ireland, Greece and Spain and the biggest winners the Netherlands, Belgium, and Germany.

"It says a lot about a country like America when family men have less rights than thugs muggers and pimps!" that I realized I’ve been MGTOW for several years, but not intentionally. I’ve just had better things to occupy my time than having a steady girlfriend like improving my career. I work as an engineer which is a male-dominated space and most of the women I meet there are not attractive (even though they tend to be more NAWALT like even if it is just a façade in my field). I’ve done online dating for a few years and have had many first dates, but very few have gone beyond that... I see dating at this point as more of an occasional pastime. Your channel and Terrance Popp’s have made me realize that there is just too much on the line when dealing with hypergamous women. 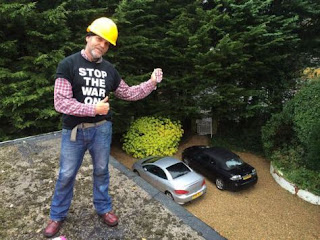 Martin Matthews,48, from Bookham, and Bobby Smith ,33, from Stevenage, have a tent and enough supplies for several days, according to a statement released by the activist group.
It is the second time Mr Matthews has climbed onto the minister’s roof, having done the same last year.
The statement from New Fathers 4 Justice read: “Chris Grayling is Lord President of the Council and Leader of the House of Commons. We call upon him to show leadership and support a presumption of shared parenting after family breakdown and an open transparent family court system based on evidence
“We criticise China’s over it human rights violations but every day in the UK the secret family courts violate the human rights of fathers to have meaningful contact with their children.
“Veteran Martin Matthews has participated in many protests, Bobby Smith stood against David Cameron dressed as Elmo in the 2015 general election and recently scaled Westminster Abbey on Fathers Day.

“We must Stop the War on dads.”
Read more »
Posted by Angelo Agathangelou at 2:54 am No comments: