Male Concept Of Self - MGTOW

Spetsnaz: A Discussion With Niko Choski.
"MGTOW has helped some men."

By Michael Krieger: There’s a privacy destroying bill moving through Congress called the Cybersecurity Information Sharing Act, or CISA, and it’s imperative that the American public stop it in its tracks. Here are a few bullet points on the bill from Fight for the Future:

Read more »
Posted by Angelo Agathangelou at 9:34 pm No comments: Links to this post

Globally, Only Half Of All Women Work. Why? 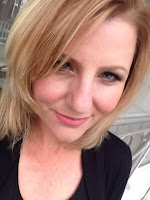 By Janet Bloomfield (aka JudgyBitch): In a new report, called The World’s Women 2015, the United Nations reports that 50% of the world’s working-age women are actually working, while 77% of the world’s working age men are working. Let’s take a moment and consider why men and women are not working. Certainly, we’ll consider men and women in the West, but since the survey is global, we’ll also consider the global population. Why aren’t working-age men working? Opting out of the labor market, for most men, means they face gross, dire poverty. So why might they not be working? Let’s consider the reasons:
They’re disabled (mentally or physically)
My husband and I lived in China for over a year in a city that was undergoing intense revitalization. Centuries old hutongs were being torn down and replaced with glass and concrete and asphalt. Most of this work was done by peasant laborers, carrying bricks and rebar and shingles on their backs, up rickety ladders, with no safety or proper work gear of any kind. They wore canvas shoes or sandals and it was not at all unusual to see a man with mangled feet and legs being rushed down the street in a wheelbarrow towards a medical center. It was however, very unusual, to see a disabled person on the street, or back on a work site, doing less labor intensive work, like stirring concrete or picking up scraps. It was mostly peasant women doing that work.
What happened to those men? Where did they go? I don’t know the answer to that, but it seems clear that becoming disabled in emerging economies is a career-ending prospect.

Feminism Is Over, The Battle Is Won - Time To Move On

'I was born in 1983, and was fortunate to grow up in a country where it was blindingly obvious that women ruled: with a queen on the throne and a woman in Downing Street' 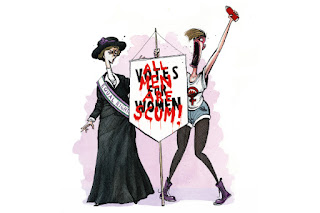 By Emily Hill: It would be easy to believe from the papers these days that women have never been more oppressed. From the columnist Caitlin Moran to the comedian Bridget Christie, a new creed is preached: that we are the victims, not the victors, of the sex war. Feminists claim we are objectified by the builder’s whistle, that a strange man attempting to flirt with us is tantamount to sexual assault. Suddenly, just as it seemed we women were about to have it all, a new wave of feminists has begun to portray us as feeble-minded — unable to withstand a bad date, let alone negotiate a pay rise. Worse still, they are ditching what was best about the feminist tradition: solidarity with the sisterhood and the freedom of every woman to do as she pleased. Feminism 4.0 consists of freely attacking other women over, erm, crucial issues such as bikini waxing, wearing stilettos and page three of the Sun. Moran writes that it is childbirth that ‘turns you from a girl into a woman’ (causing every woman in my office to snort involuntarily) and that feminism will only triumph ‘when a woman goes up to collect the Oscar for Best Actress in shoes that aren’t killing her’. The revolution will be televised, with ‘Nicole Kidman in flip-flops’.

Read more »
Posted by Angelo Agathangelou at 6:22 pm No comments: Links to this post

The Number Of Male Domestic Abuse Victims Is Shockingly High - So Why Don’t We Hear About Them? 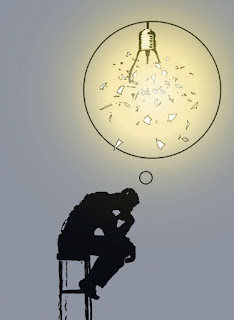 By Jenna Birch:  When you think of a victim of domestic abuse, who comes to mind?
If you’re being honest, it’s probably a woman. After all, domestic violence against men isn’t a theme of many Hollywood movies.
Yet in 2010, the Centers for Disease Control and Prevention released data from its National Intimate Partner and Sexual Violence Survey — and one of the most shocking statistics wasn’t just the sheer total of victims of physical violence but also how those numbers broke down by gender.
According to the CDC’s statistics — estimates based on more than 18,000  telephone-survey responses in the United States — roughly 5,365,000 men had been victims of intimate partner physical violence in the previous 12 months, compared with 4,741,000 women. By the study’s definition, physical violence includes slapping, pushing, and shoving.

Read more »
Posted by Angelo Agathangelou at 3:11 pm No comments: Links to this post

6oodfella: "Canada is the feminist shit-hole of the world!" This is a re-upload, because I showed the full names and avatars of the commenters in the original, and 3 of them complained to YouTube, so I have edited the video, and now their avatars and surnames are removed. I wonder if you can guess who the 3 were :) Will 'i deal coffee' be the next Protein World, or will they cave like all the rest? Enjoy.

Read more »
Posted by Angelo Agathangelou at 11:28 am No comments: Links to this post

Being A Goy In The Jewish State

Israeli forces have used excessive force and committed arbitrary killings in the Palestinian territories for years. That trend escalated during the past few weeks, as Israeli soldiers deployed to the West Bank and Jerusalem used firearms against Palestinians suspected of involvement in attacks, as well as those already detained.
Posted by Angelo Agathangelou at 10:38 am No comments: Links to this post

Germaine Greer 'Is A Misogynist'? I Don't Know Whether To Laugh Or Cry 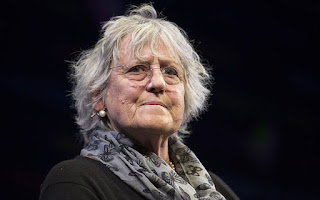 By Neil Lyndon: Sometimes the workings of karma reveal such numinous perfection that even the most devout atheist might sense an unseen hand.

That Germaine Greer – leading inspiration for the poisonous incubus that has infested gender relations for the last 45 years – should now be on the receiving end of some of the battier excesses of the insane intolerance she has so signally promoted could be enough to persuade even Richard Dawkins of the power of intelligent design.
An online petition has been launched to prevent Greer – the 76 year-old Australian-born feminist writer and academic – from giving a lecture at Cardiff University, claiming that she promotes views that are “problematic” for transgender people.

Read more »
Posted by Angelo Agathangelou at 9:17 am No comments: Links to this post

Feminism - The Greatest Of All Lies Ever Told 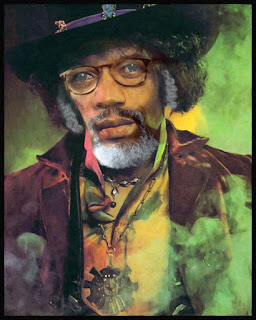 By Brian [MRA]: Men have been manipulated and exploited by women for centuries. Women expect men to bring more to the table than women do financially and physically - or they're not "marriageable"; hence the provider and protector role with which men have been sadistically saddled.
[Left: Vintage Jimi by WB7]
This sexist and exploitative role for men was socially induced and enforced by women upon men as well as by other men - meaning that society held men up to provider/protector role/standard to be considered marriageable or as a candidate for decent employment. What's the most common theme on the internet for men and marriage these days? The lack of "marriageable men". The message is - if you can't provide money to women - as a man - you have no worth.
"Traditional", in the context of relationships between men and women, is a term used to describe the financial, legal, physical, spiritual and psychological exploitation of men by women.
"Chivalry" is the social manipulation of men's ego and sense of worth for purposes of encouraging men to sacrifice for women - even if the sacrifice means men's deaths. Chivalry is gynocentrism and a women first mindset - AKA male disposability.

Read more »
Posted by Angelo Agathangelou at 1:02 am 2 comments: Links to this post